How far does one go to achieve their desires? In The Green Knight, Dev Patel’s Sir Gawain finds himself in the position of literally losing his head to prove his worth as an honorable knight. Freed from the shackles of studio assumptions on how to make a medieval blockbuster, director David Lowery has adapted Sir Gawain and the Green Knight as a cinematic tone poem distancing itself from action in favor of travels steeped in foggy roads and deep ruminations on one’s legacy. Delivered at a deliberate pace, with a build towards the fantastical, this A24 epic does plenty to impress.

The story concerns the Arthurian legend of “The Green Knight,” which finds Patel’s Sir Gawain locked in a game with the emerald-shaded giant (voiced by Ralph Ineson). Finding himself unable to share notable stories of his courage to the King and Queen (Sean Harris and Kate Dickie), the sudden arrival of this hulking stranger gives Gawain the opportunity he desires. Spurred on by his spell-casting mother (Sarita Choudhury), this leads to a quest full of tests, temptations, and ways of attacking one’s chivalry.

Between his time spent on the arthouse avenue with features such as Ain’t Them Bodies Saints and A Ghost Story and his subdued take on a more commercial opportunity with the Pete’s Dragon remake, director Lowery isn’t about to back away from his distinct choices. Staying true to his visual approach, the results are gorgeous when considering the Irish countryside locations found to create a vast land fit for multiple levels of fantasy to take hold. Especially for a studio known for building releases around smaller-scale artists, the creative freedom afforded to Lowery has led to a grandiose display of atmosphere while holding onto a singular focus. 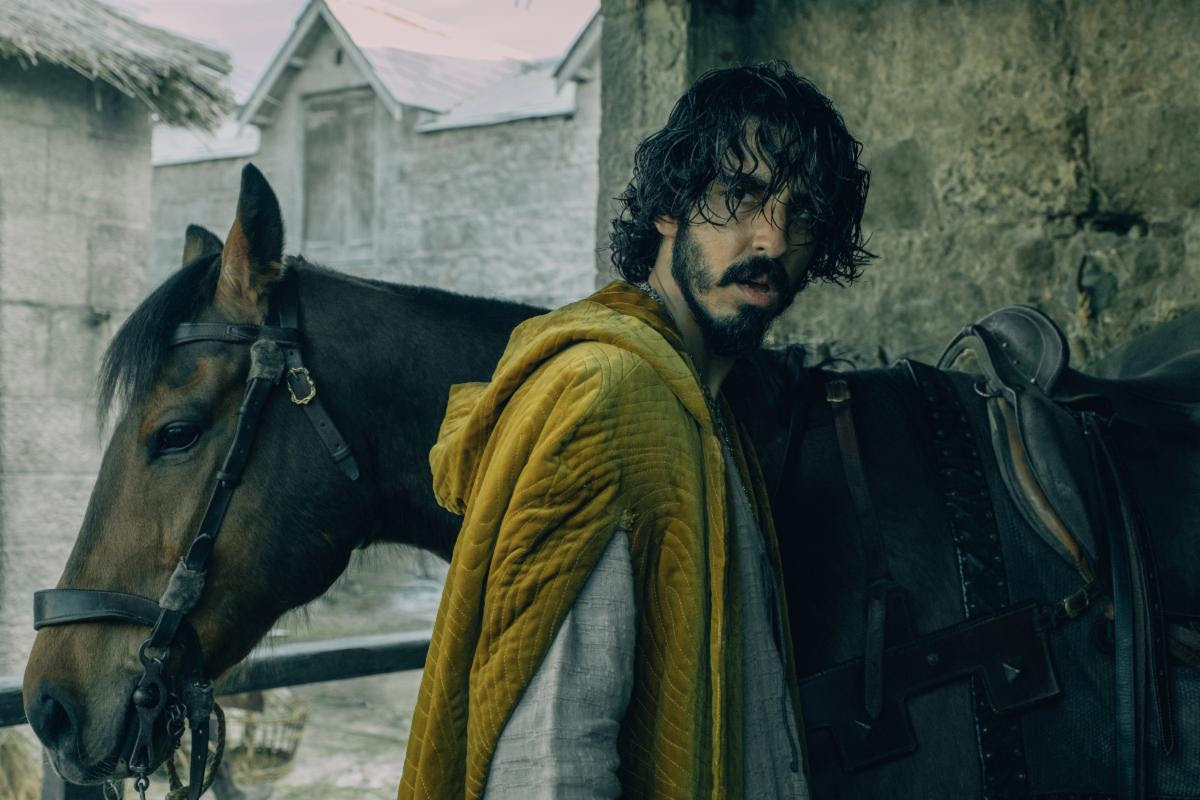 The Green Knight never leaves Gawain’s side, pushing everything it can at the man, but not before establishing his discontent with his initial position. Introduced as one seated on a throne, with the grim notion that this story will not be an easy one to tell, Gawain is eventually awakened by Alicia Vikander’s simple citizen who teases the man for what he isn’t. As a contrast, Vikander appears later as a different character, a temptress living with an equally bold Lord (Joel Edgerton), both of whom play on what it means for Gawain to need the strength to hold onto his virtue.

In both instances, and everything in between and after, Patel is excellent. Additionally, while never afraid to provide full close-ups of the actor, there are no efforts to play off the fact that we are following a darker-skinned Englishman than audiences may be used to when it comes to tales of Arthurian legends. Not unlike the deliberate choices made in The Personal History of David Copperfield, there are inherent layers that come with the presence of Patel and others, without the script needing to do additional work, and it’s very welcome.

The real joy in this performance comes from how willing Patel is to let himself be vulnerable and insecure. Bravery is not necessarily given straightaway to anyone. Whether or not Gawain is searching for it or simply has to harness what is within, Patel does fantastic work wrestling with the obstacles constantly delaying him from reaching his goal, let alone having him question his inner strength. Not hurting is just how well he wears the role of conflicted hero, as he travels with an ax signaling both his burden and his ambitions. 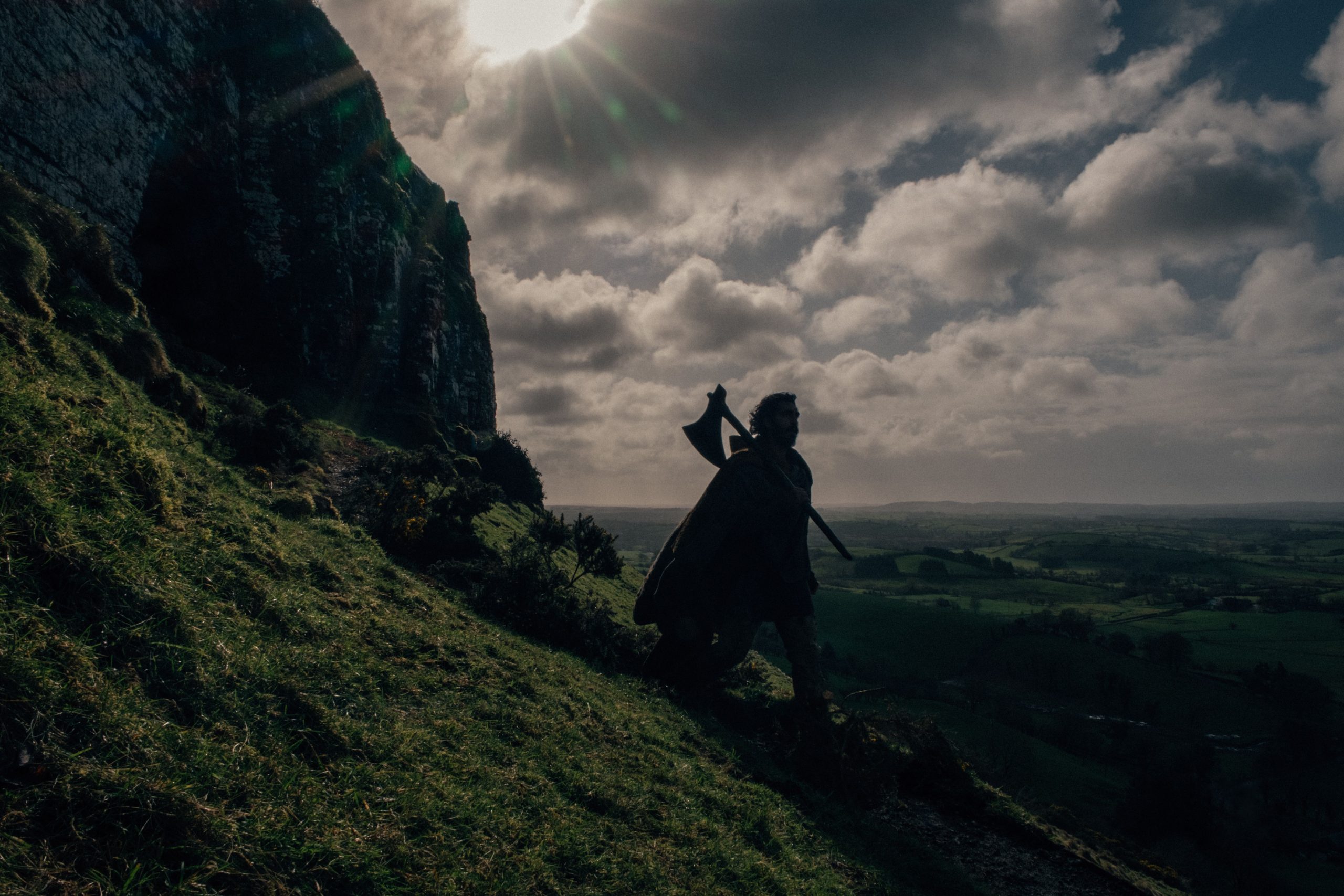 Lensed by cinematographer Andrew Droz Palermo and fitted with a suitably evocative score from Daniel Hart, there is no questioning the amount of control on display when considering the strengths of The Green Knight’s atmosphere. The mood is apparent from the start, with plenty of cinematic aspects to allow for a surrealness to take hold at critical moments. The use of fog, shadows, and colors to fill the frame makes for an impressive array of choices to show the commitment to Lowery’s vision.

Gawain’s trials include an encounter with a tricky thief (Barry Keoghan), a meeting with Saint Winifred (Erin Kellyman), and crossing the path of a pack of otherworldly giants. Each finds ways to subvert expectations when considering the visual presentation and general interactions between Gawain and the others. Even when considering how this adaptation strays from the original material (authored by Anonymous and translated over time), The Green Knight never feels untrue to itself. 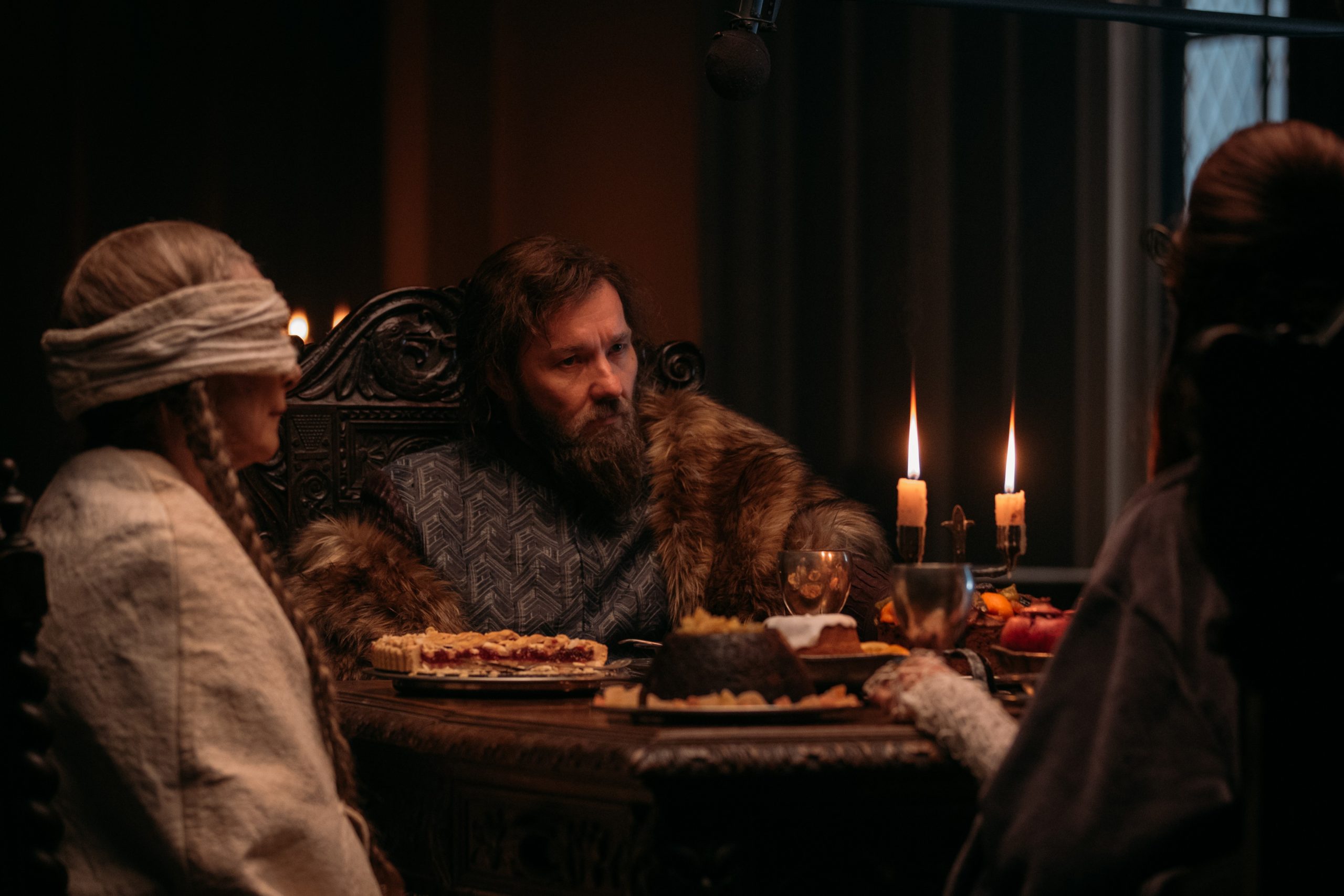 There certainly isn’t an attempt to hold one’s hand either. The narrative throughline may not attempt to disorient the audience (though Gawain’s imagination and the film’s cinematic divergences to show what could have been leave their mark), but attempts to clearly define what Lowery is trying to say are not summed up in a neat package. Still, even while staged to play at a slower pace for just over two hours, unpacking the themes, symbolism, and different ideas is something designed to take time and consider with a film such as this.

Many other elements stand out as well, just in terms of audacity. The Green Knight, himself, is a wonderous special effect achieved with practical makeup and costume design. The addition of terrific sound editing only helps to play into its wooden nature. Plenty of moments relying on in-camera effects suggest a director that knows what elements to rely on as a filmmaker who has studied the past. The choices of when to deploy modern technology (such as a WETA-designed fox that accompanies Gawain) fit in appropriately as well. And then there’s a bravura 15-minute sequence near the end. It’s completely wordless yet packs so much meaning in what everything has led up to. 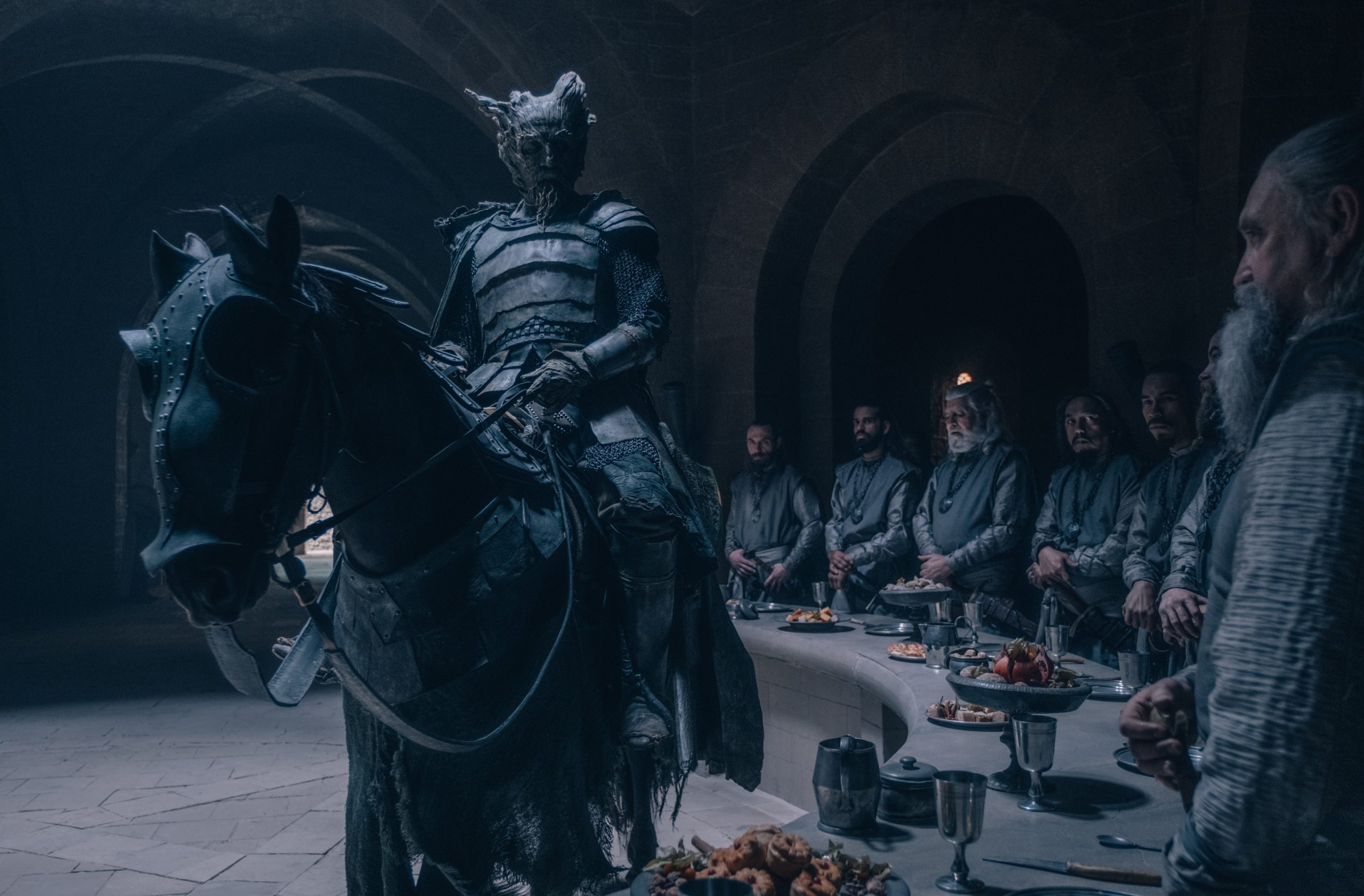 While just as self-serious and earnest as John Boorman’s Excalibur, the film is not without its knowing moments either. The Green Knight isn’t exactly playful, but the ways it knows how to anticipate audience reactions make for a film that understands tension. Given the emphasis on Gawain as a person in his own medieval coming-of-age tale, it’s only fitting to use the difficulties he will face as a springboard for some outside perspectives that can find some dark humor to mine from his adventure.

The Green Knight is a work of art arriving with atmosphere to spare. It’s a sweeping medieval fantasy film operating on a more low-key level and is all the better for it. Dev Patel’s ability to bring out the best leading man qualities only paves the way for future successes in more and less conventional projects. David Lowery gives up exactly none of the offbeat elements of his style and finds the precise rhythm he saw fit for this specific retelling of the chivalric romance. The film is certainly not for everyone, as the arthouse sensibilities and lack of many traditional elements are not what sends everyone racing to the theater. However, as a gloomy, potent, and often marvelous adventure, The Green Knight brings honor to its kingdom. 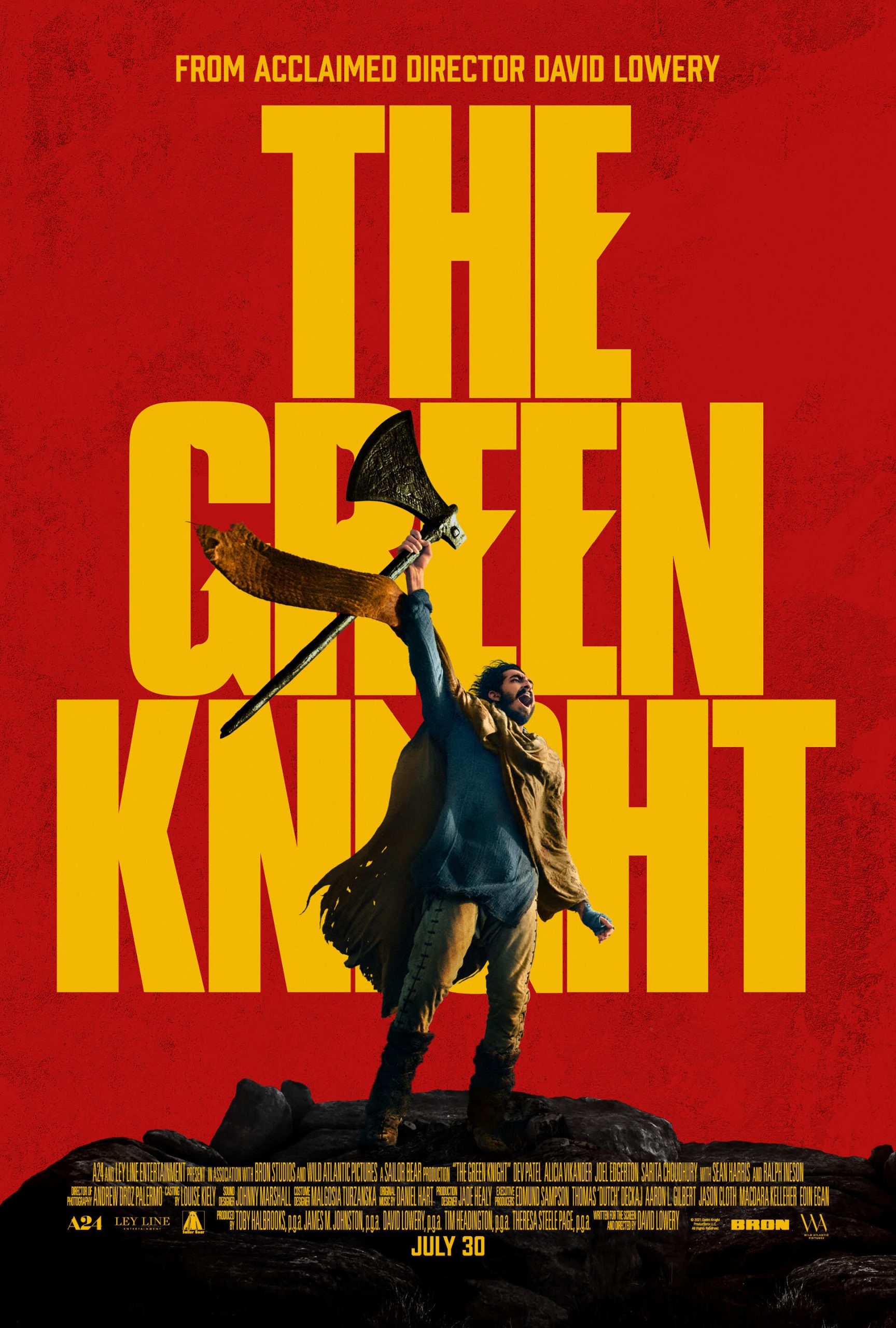 ‘The Green Knight’ Review: Dev Patel Must Test His Mettle 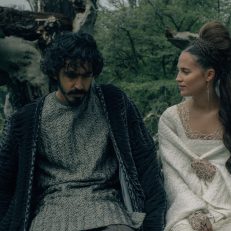 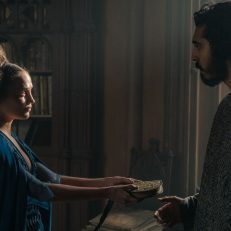 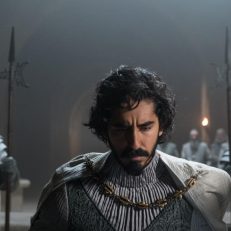 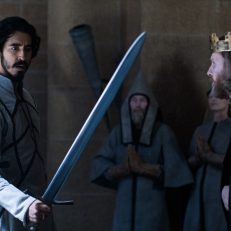 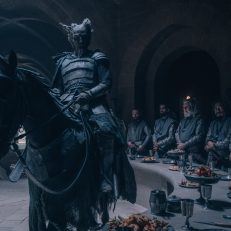 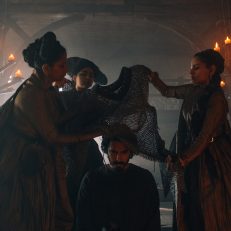 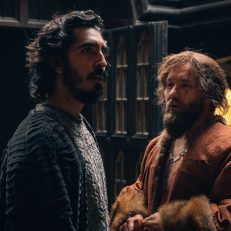 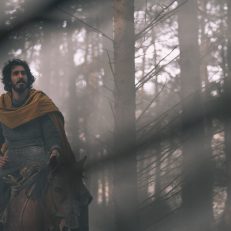