There’s no taking a break from pulse-pending action for director Ric Roman Waugh and frequent collaborator Gerard Butler. The two created quite the explosion with their Has Fallen trilogy and are now putting audiences through the worst catastrophe to date. Greenland is a disaster movie that takes pride in spending time with the American family unit. Seeing it threatened with extinction plays on a deeper fear than hypothetical impact events would. That isn’t to say fans of the genre will be disappointed — there is plenty of havoc to be wrought, but Chris Sparling’s emotional script makes witnessing it feel all the more personal.

Nothing repairs a marriage faster than a natural disaster. Just ask John and Allison Garrity (Butler and Morena Baccarin), a couple from upstate New York who has to put adultery ramifications aside for their child’s survival. When it comes to the clock ticking down to doomsday, all that matters is being together before the end arrives. 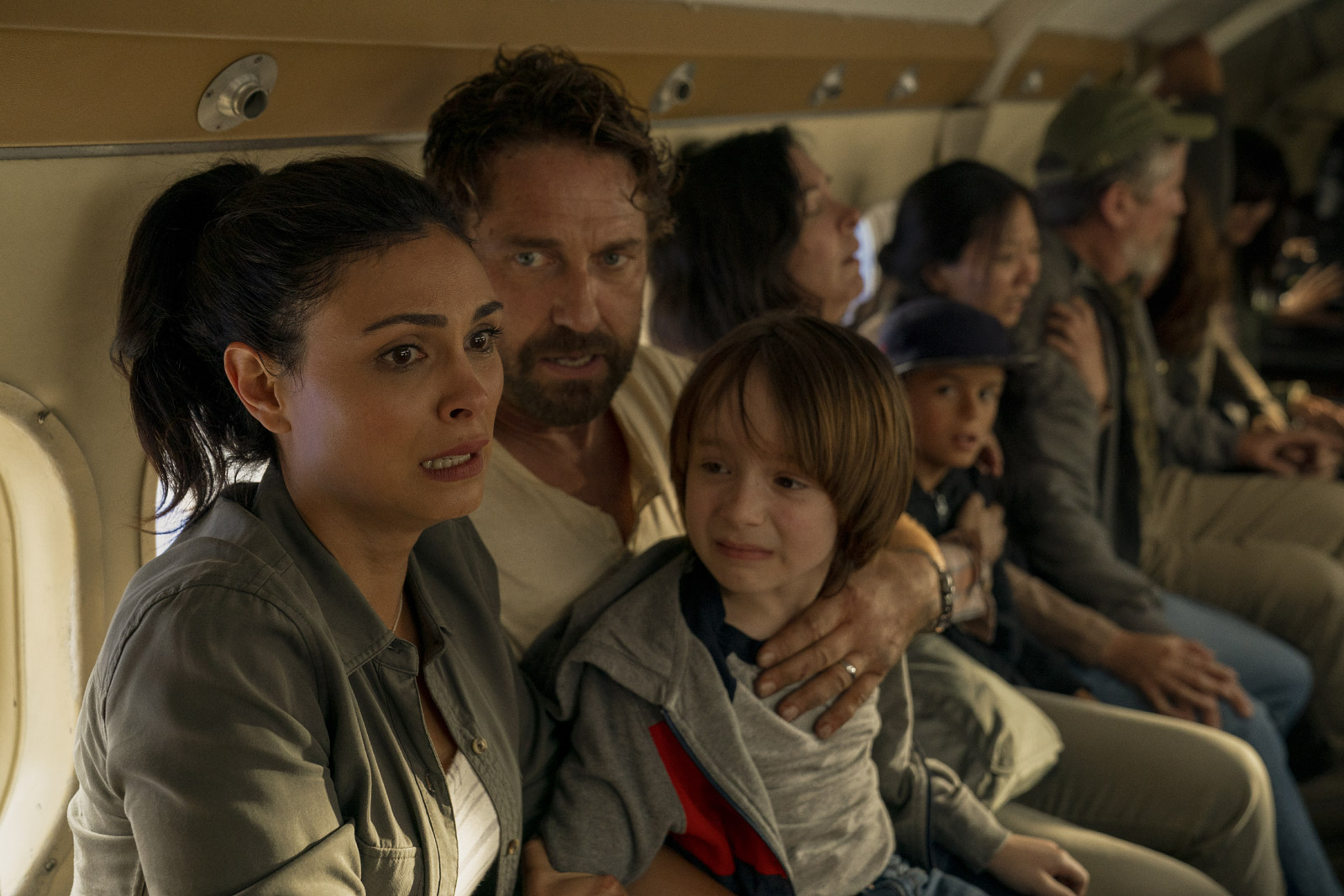 Their son Nathan (Roger Dale Floyd) has Type 1 Diabetes, so insulin injections and glucose level testing are a routine part of the Garrity’s day. Naturally, Nathan’s pre-existing condition causes the most anxiety for the viewer, but not in an exploitative way like you’d imagine. Greenland applauds the resilience of children like Nathan, whose lifelong disease is its own form of survival horror. Mounting the apocalypse with health status discrimination highlights just how flawed the social order is, to begin with. We place the privileged on a pedestal while leaving behind anyone deemed too weak to contribute to our macro interests. Honestly, what is civilization without basic human decency?

The Garrity’s suburbanite bubble bursts when an exclusive text alert from the President warns of imminent human extinction unless they act fast. Because of John’s profession as a structural engineer, he and his family are “selected” for exclusive protection underneath a heavily reinforced bunker, located deep in the lush (for now) mountain region of Greenland. To rebuild from the coming apocalypse, only individuals with essential skillsets will be saved. The rest will be wiped out from Clarke, a comet cluster previously thought to incur minor structural damage. When reports begin to surface that the cosmic event isn’t as harmless as, say, a solar eclipse, it’s already too late to batten down the hatches and pray your crazy conspiracy theorist uncle has his bomb shelter ready. 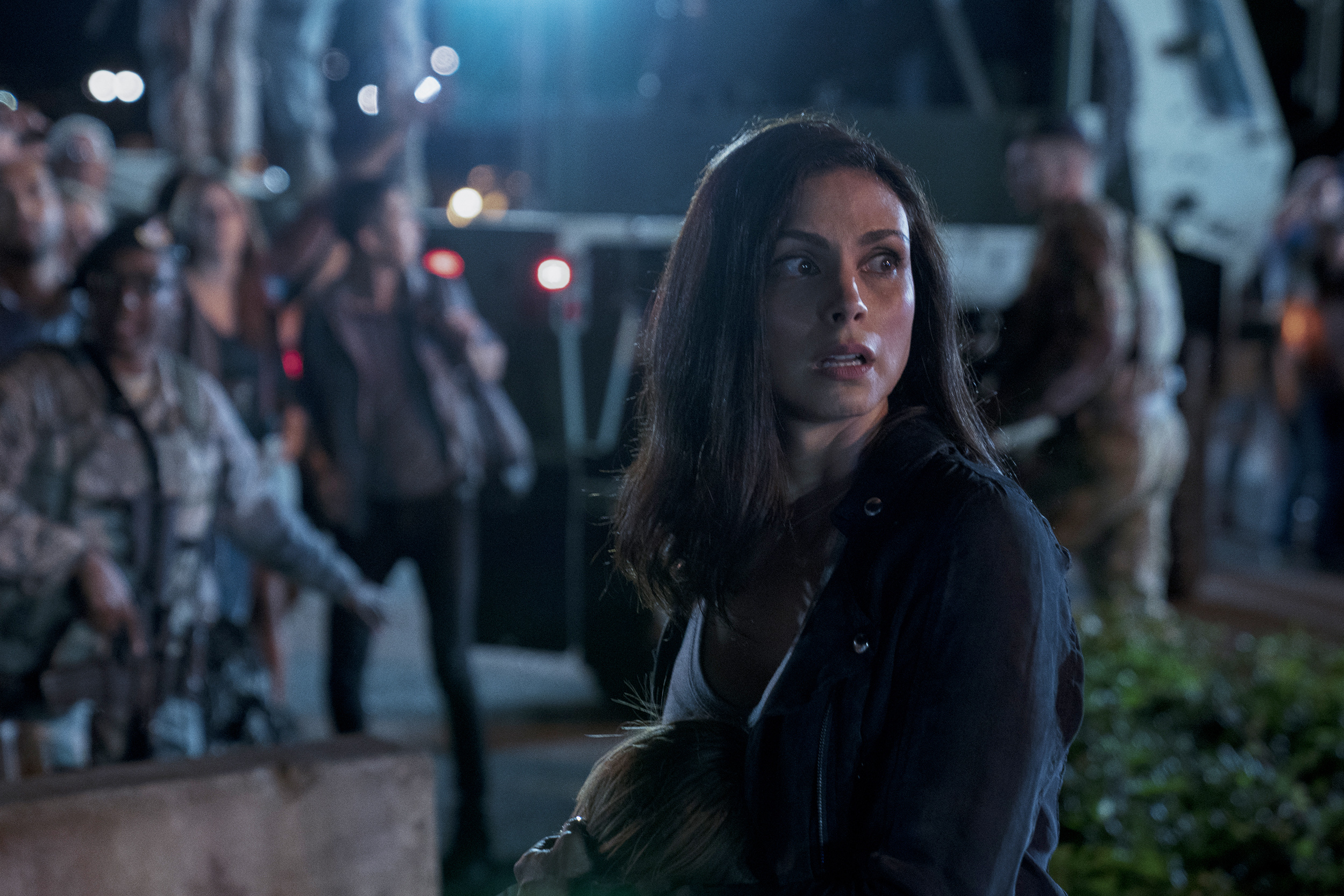 Sparling’s screenplay refuses to fully acknowledge world leaders’ duplicity in preparing for this catastrophe without forewarning. Everyone just sort of throws their hands in the air and accepts this evil withholding of information. The priority is getting to the airport as fast as possible to board a plane to Greenland or going to drastic measures to steal a “selected” family’s wristband pass. Hope Davis and David Denman pop up as charitable do-gooders in a sea of self-preservationists, though even neighborly folk will show a whole different face when global annihilation is on the line. Butler’s John even takes unthinkable action to stay alive for his son and wife, although it would have nice to see him reckon with the emotional strain of such decisions.

Of any performer, it’s Morena Baccarin who thrusts herself furthest into savior mode, becoming an immediate contender for best movie mom of the century. Despite setbacks arising that seem irreversible, Baccarin’s Allison is relentless in her effort to keep her family intact, even using tears as fuel to defy impossible odds. Churning out her best work since Showtime’s Homeland, Baccarin subverts the genre’s helpless wife trope by dominating screen time with unwavering resolve. Besides its questionable “anti-divorce” subliminal messaging, Greenland will have audiences gripping their armrests to a white-knuckle degree. After watching, you’ll never delude yourself into believing the old saying that nothing can get worse.

Greenland is distributed by STX Films and releases on VOD this Friday, December 18, 2020 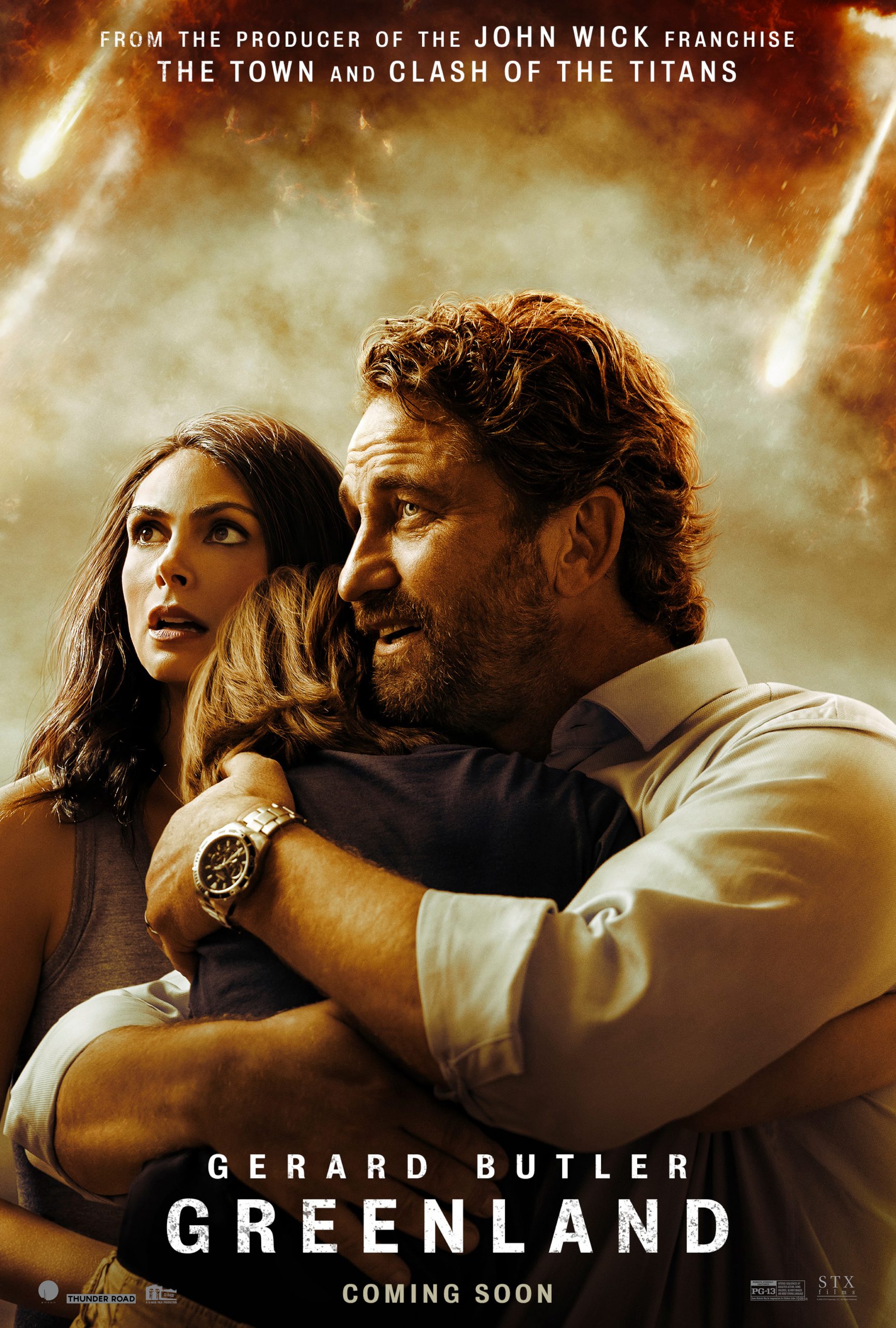 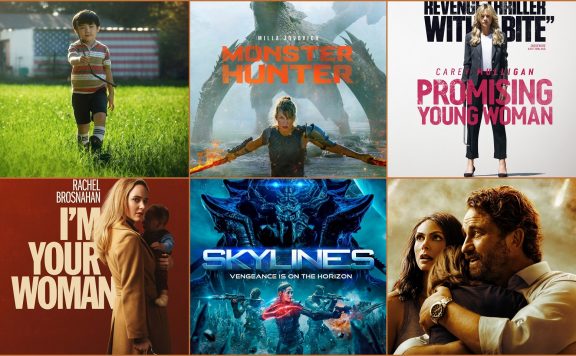