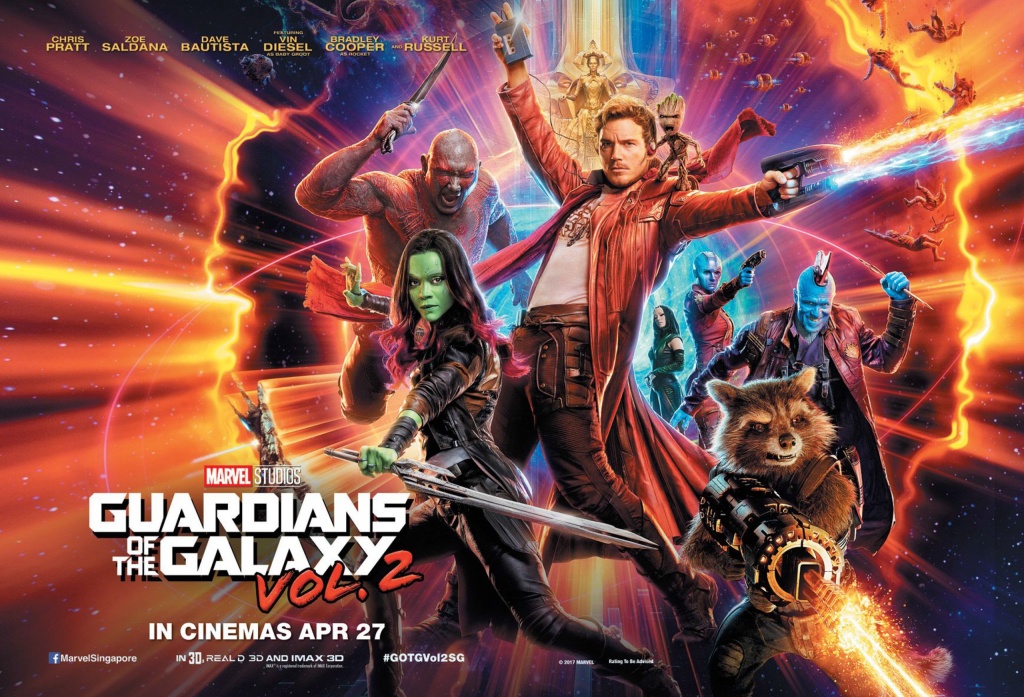 GoTG Vol 2 opens with the Guardians family kicking butt while helping out the Sovereign people. Upon finishing the task at hand, Rocket (Bradley Cooper) steals some batteries from the Sovereigns in an attempt to prove that they should never talk down to him and his family. This upsets Ayesha (Elizabeth Debicki), the leader of the Sovereigns, who quickly retaliates by sending her people to follow and capture the Guardians. While attempting to escape from the Sovereigns, the Guardians travel through the galaxy and wind up on a planet run by Ego (Kurt Russell). As the Guardians begin to explore this planet, they soon learn that Ego might be the long lost father of Peter Quill (Chris Pratt).

Now, while I would never say that Guardians of the Galaxy told a complex and remarkable story, I will say that the original’s story was engaging, entertaining, and had a consistent flow as to where it was headed. Volume 2 is a mess in terms of the story or shall I say storylines. There are at least four central storylines going on within the film’s drawn-out and bloated 137-minute runtime. These storylines include the Guardians trying to escape the Sovereigns, Peter Quill and Ego trying to connect as father and son while also learning about Ego’s backstory and purpose, Nebula and Gamora’s sister quarrels, and last but certainly not least, Yondu trying to deal with the Ravagers as he is helping the Guardians. With all those storylines are going on, the viewer is also introduced to several new characters including Ego, Mantis, Ayesha, Taserface, Stakar Ogord, and others. 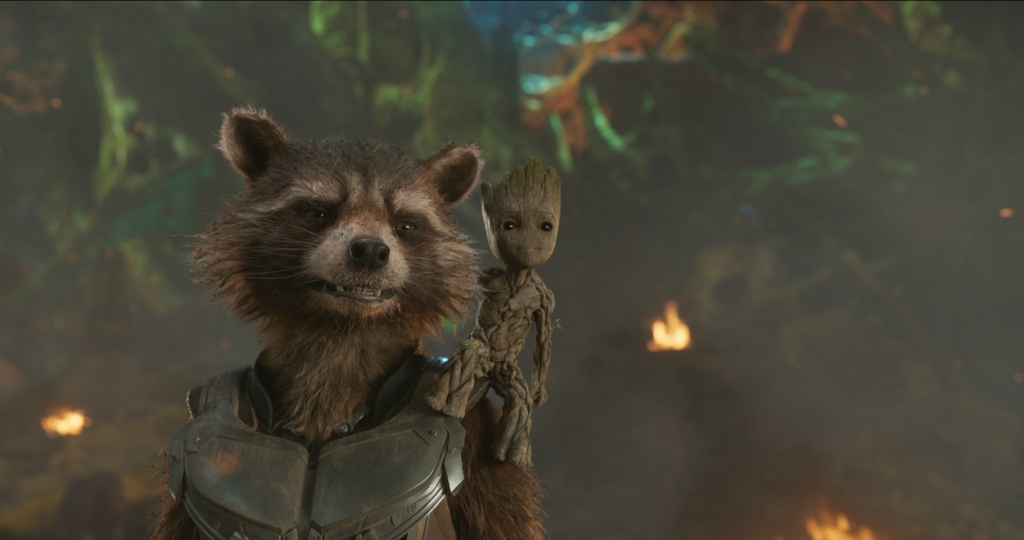 I found it almost impossible to care about any of the storylines or characters due to the fact that just as one story was about to get interesting, the film switched gears and moved to another storyline. There is just too much going on and there is very little focus on any of the stories. The first film had a lot going on as well but it was the main storyline that ultimately hooked the audience. This never happens here which is a real shame because I kept wanting to be more invested in these stories but they just felt so rushed and underdeveloped.

As someone who hasn’t read the Guardians of the Galaxy comic books, the Ego storyline made very little sense and felt incredibly rushed. I felt like at least half of this film should have been dedicated to building the relationship between Peter and Ego as well discussing Ego backstory and motivations. The whole “what about mom” plot point might work for some viewers but for me, it did nothing. I felt like Peter’s mom, Meredith Quill, had so much emotional weight in the original, but in this one, it felt like Gunn was grasping at air to give the audience a reason to care about the relationship between Ego and Peter. Gunn tried to connect Ego and Peter by using Meredith and her favorite song as a way to provoke emotion but due to the lack of actual character development, it wasn’t very effective.

Speaking of Ego, I hate to admit it, especially being a huge fan of Kurt Russell, but I found his portrayal of Ego to be rather dull and forgettable. In fact, I would say the weakest thing about Ego is that Russell as an actor never disappears into the role to become the character. Russell tries to make the material work but he just couldn’t do it. I found his entire storyline to be forced and didn’t have the emotional hook that it needed to be successful. Please don’t even get me started on the ridiculous Superman type fight involving Ego near the end of the film. 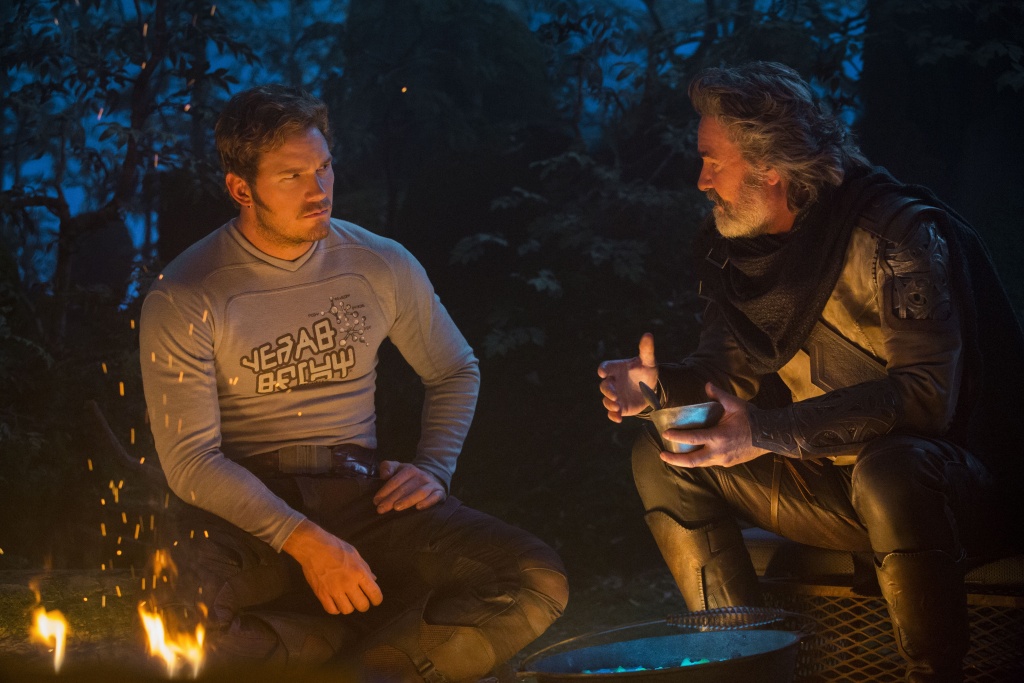 The one story arc that I wanted to care about was the one between Nebula and Gamora. Karen Gillan‘s Nebula gets more screentime this time around but the sister feud between her and Gamora isn’t fleshed out enough, despite Gunn hinting upon a powerful sibling rivalry. The problem with Nebula is that she felt so shoehorned into the film and while she has reasons for her anger and actions, the film just didn’t spend enough time focusing on the emotion and heart that this type of storyline needed.

The only storyline of the four that somewhat worked was the one involving Yondu. This storyline is the strongest because it had some emotional weight to it, especially during the final 15-20 minutes of the film. While I wouldn’t say that the storyline worked on a truly emotional level at least to me, it did elevate the story enough to have a significant impact on the ending. Once again, Michael Rooker nails the character of Yondu and out of all the characters, he seems to be the only one that has evolved from the first film to the sequel. His motivations and actions make sense and where the story takes his character makes Yondu shine the brightest in comparison to pretty much everyone else in the film.

It kind of goes without saying that most of the fun from the first film was the interaction between Drax, Groot, Rocket, Star-Lord, and Gamora. These five characters were all interesting and the back and forth banter between them was simply delightful. The interaction and banter between the characters which worked so well in the original sadly, doesn’t hold up this time around because it just feels too much like more of the same. The characters still bicker back and forth but their insults feel more mean-spirited and aren’t nearly as entertaining. I honestly felt like Gunn attempted to make Rocket into a bigger jerk with the hope that he would be even funnier this time around. Sadly, he isn’t and what makes it even more irritating is that Peter and others start telling Rocket that he is a jerk and yet he just continues with the same attitude and behavior. 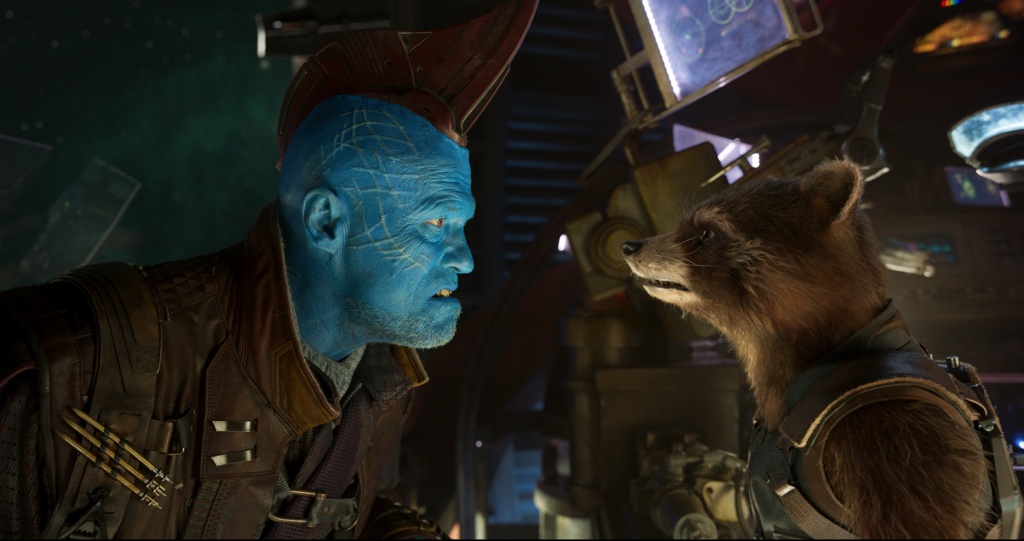 Obviously, Baby Groot is the scene stealer but again, how can anyone with a pulse, not fall in love with his character. He’s so charming and somehow even though they kept using the same “I am Groot” joke in this one, it was one of the only things that remained as effective from the first film to the sequel. Drax is still pretty amusing as well but I do feel like the trailers and television spots gave away a lot of his best moments. The new character of Mantis played Pom Klementieff was alright. I feel like she was odd enough to fit in with the rest of the Guardian family but wasn’t too memorable. She felt like a secondary character that was only introduced to give Drax someone to bounce off of since all the other Guardians were paired off in the film.

I hate being so hard on this film because you can clearly tell that Gunn and his behind the scenes team still felt passionate about these characters. Unfortunately, the entire film feels uneven, unfocused, and is all over the place in terms of tone. Even the soundtrack, which is still pretty good, doesn’t have the same level of awesomeness that the original had. There are plenty of great tracks but again, when the music kicked in, it didn’t have the same effect. It felt like Gunn used his best playlist for the original and used his backup playlist for the sequel.

Visually, the film is a visual feast for the eyes. Just like the original, it is an absolute joy to look at. It is loaded with vibrant colors and the effects just keep getting better and better. I love some of the shots especially the ones of the face of Ego. There is also a scene where Yondu, Rocket, and others are jumping through various galaxies and their faces turn into cartoons. This reminded me a lot of the early days of animation and played as an homage to classic Looney Toons cartoons as well as Tex Avery himself.

All in all, Guardians of the Galaxy Volume 2 is just like your standard mixtape; it’s an uneven experience filled with highs and lows. GoTG Vol 2 has its moments but in the end, it is somewhat of a letdown. What hurts Volume 2 the most outside of the lack of focus, is that the film feels like a total rehash of the original only with more storylines and new characters that are nowhere near as interesting or entertaining. GoTG Vol 2 isn’t a bad film but one that doesn’t manage to embrace the magic of the original. It is still a galactic good time but unlike other Marvel sequels, this one doesn’t advance the characters but instead is just more of the same.

Scott “Movie Man” Menzel’s rating for Guardians of the Galaxy Volume 2 is a 6 out of 10. 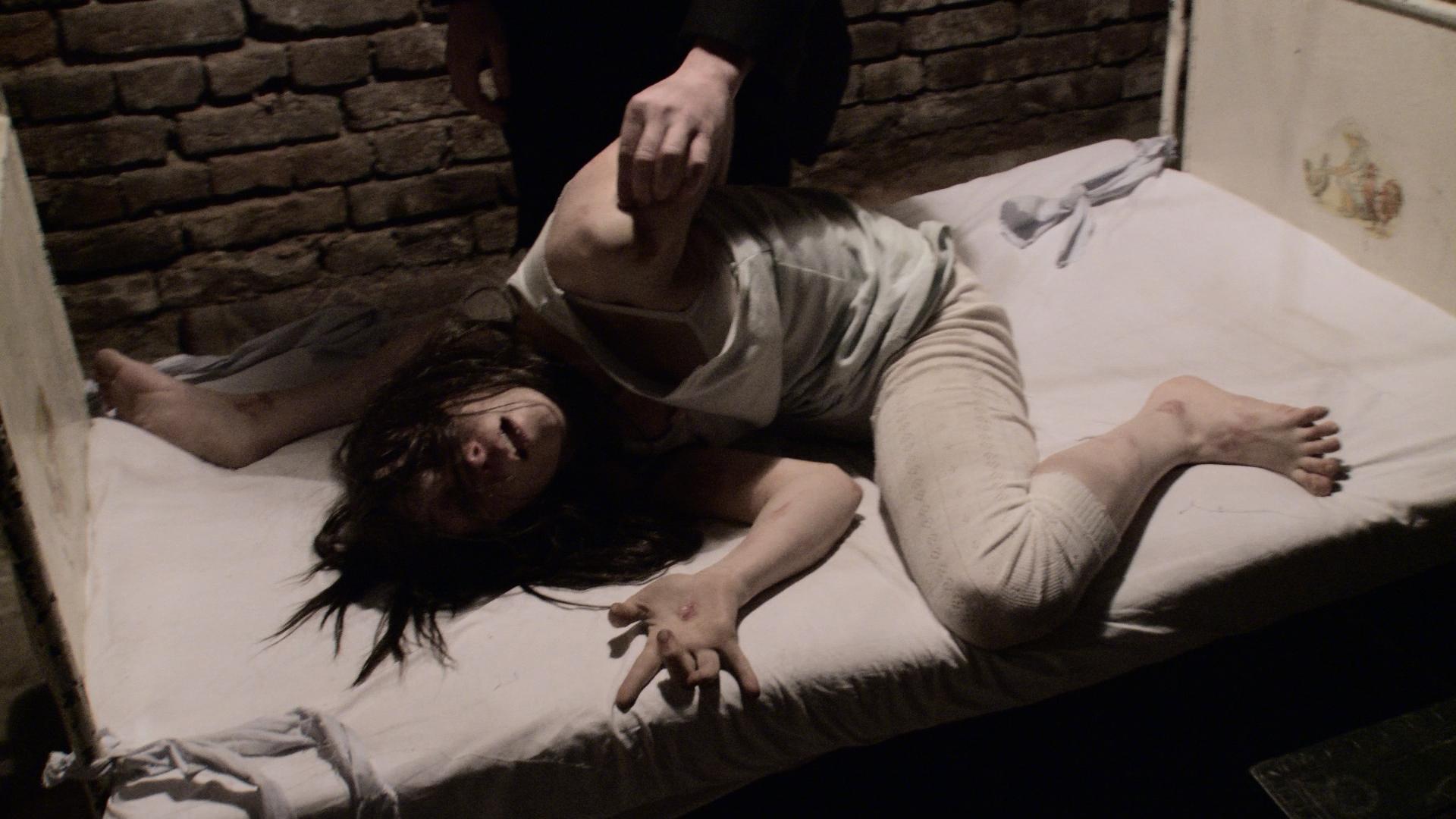 Uzo Aduba on history and her character Vicky in ‘American Pastoral’
October 19, 2016