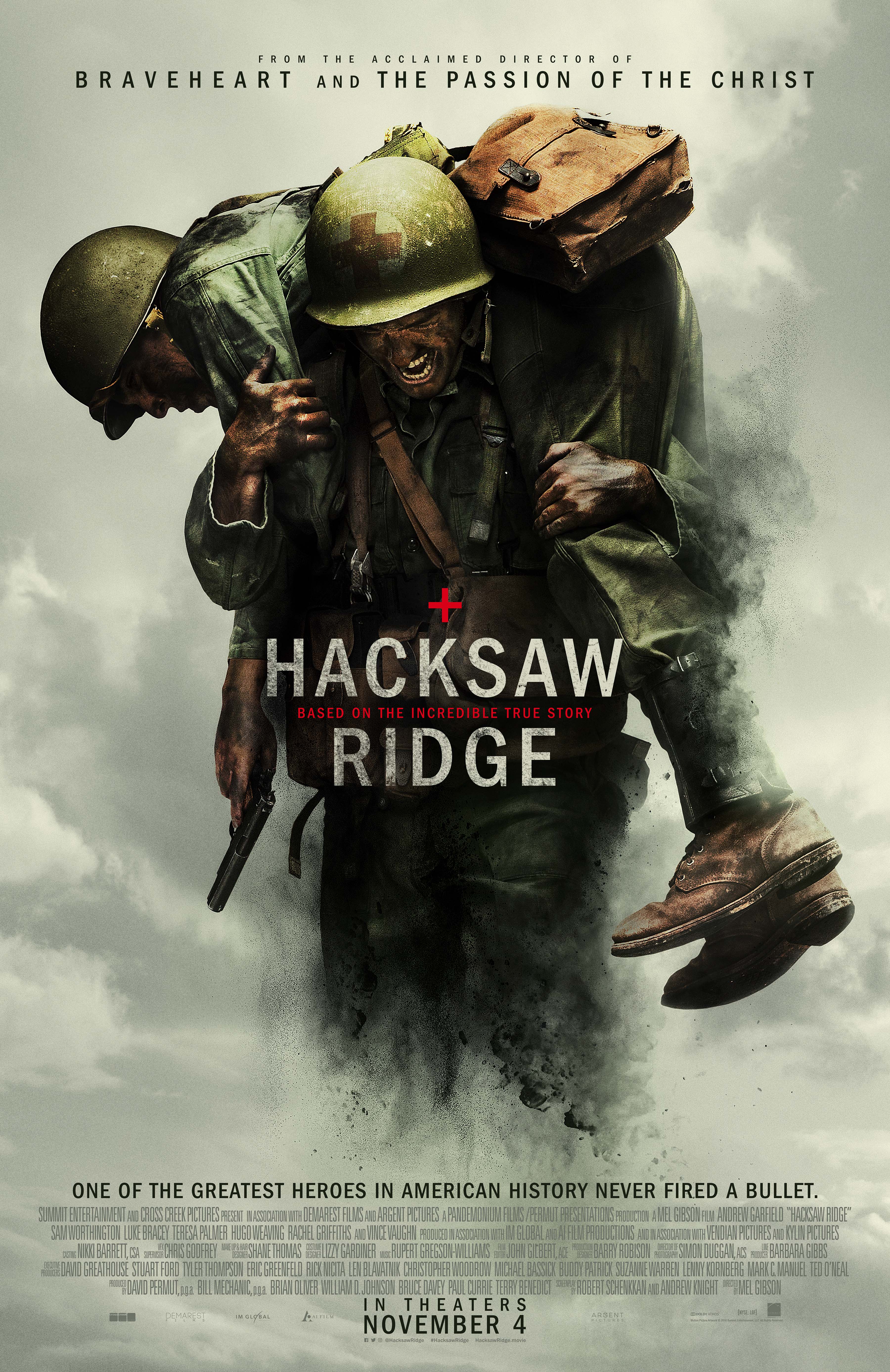 Hacksaw Ridge still is very much a war film, it takes a different perspective and tells a different story than I had expected. Desmond Doss is a Seventh Day Adventist and because of that, when he enlists in the army, he refuses to pick up a gun. Because of his refusal to hold a weapon, he is assaulted, targeted, and even attempted to be court marshaled by the army. In the end, the army upheld his right to practice his religion and they shipped him off to Japan with the rest of his men.

Once in Japan, he saw intense fighting, war, death, and much more. He had trained to be a medic because he wanted to help save people instead of hurting them. One night after extensive fighting, Desmond remained on the ridge when all other men had retreated and kept searching for the wounded even though, with no weapon, he could easily have lost his life.

The first half of this film has a much different tone than the second half. We spend time learning about Desmond and his life and get the typical love story out of it. His family life, while not perfect, is in a small town and is relatively quiet. He meets and falls in love with Dorothy (Teresa Palmer). This contrast is what makes the second half even more jarring than it already is. The stark contrast between his peaceful life at home and the horrors and carnage that he sees is incredibly powerful. The violence at times was very difficult for me to watch. There are body parts strewn about with blood and guts spraying all over.

Hacksaw Ridge is bloody, gory, violent, jarring, and disturbing, as it should be. War isn’t kind or beautiful, but horrifying and deadly. Hacksaw Ridge, sporting a crowning performance by Andrew Garfield is a story that begs to be told. A man, so strong in his convictions, and in his love for humankind puts his life in danger with only the possibility of saving another person. The story is powerful and the performances are great, but we must remember that it is a true story; so we must also celebrate the incredible real human being behind the story: Mr. Desmond Doss. That in itself is astounding.

Hacksaw Ridge Review: A New Type of War Film Hacksaw Ridge still is very much a war film, it takes a different perspective and tells a different story than I had expected. Desmond Doss is a Seventh Day Adventist and because of that, when...
0
Average User Rating
0 votes
Please sign in to rate.