Unpregnant is the latest film from director Rachel Lee Goldenberg. It tells the story of a 17-year-old teenage girl named Veronica played by Haley Lu Richardson who has recently discovered that she is pregnant. Veronica has a bright future planned and having a baby at 17 is not part of the plan. She calls around to try to find out how she can get an abortion without her mother finding out. Unfortunately for Veronica, she lives in the state of Missouri where is cannot get an abortion without parental consent. Determined to keep her secret from her mother, Veronica embarks on a road trip to Albuquerque, New Mexico with an old friend from her childhood.

I really enjoyed this film and was lucky enough to have the opportunity to speak with Haley Lu Richardson about the film. Below is my interview with Haley where we discussed the film and what it has been like to play a teenager in the film.

Scott Menzel: Hi, Haley, how are you?

Haley Lu Richardson: Good, how are you doing?

Haley Lu Richardson: Thank you. Wow, do you have a lot of action figures? What is all that behind you?

Scott Menzel: A lot of it is Tim Burton and The Nightmare Before Christmas collectibles, but there’s some random stuff stuck in there too.

Haley Lu Richardson: Wow, I wish we could do a whole interview where I look at all of that stuff. That looks so exciting. My boyfriend is really into Marvel and DC action figures, and I’m really into collecting weird art statues, so I’m totally in that world.

Scott Menzel: That’s great. Yeah, I mean I would love to see all your stuff too someday, maybe on the next Zoom interview, we can show off our stuff to one another.

Haley Lu Richardson: Yes, let’s do an interview that is about all of our action figures and stuff. Cool.

Scott Menzel: Absolutely. Anyway, It’s great to see you again. I met way back at Edge of Seventeen junket. And I’ve been a big fan of your work and a supporter of you.

Scott Menzel: Oh, no, no. You have this very natural energy on screen and you have so much range as an actress where you can be so warm and lovable, but then you have these really strong emotional moments. You have this level of emotional depth to you that I just adore. 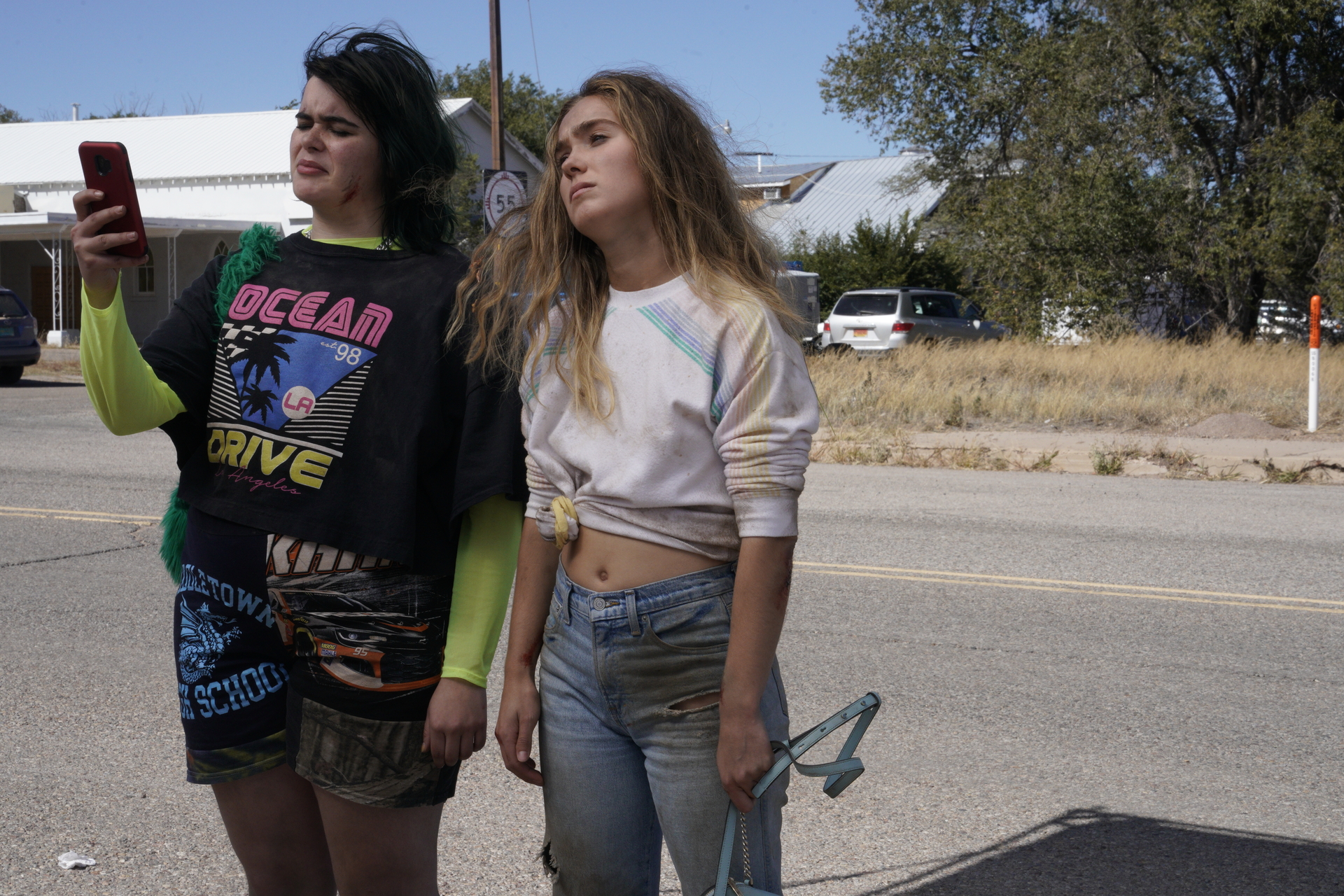 Scott Menzel: No problem. So, where do I want to start? Let’s start here. I know you worked with Rachel before. What was it like working with her again on this film?

Haley Lu Richardson: Well, it was very different because I was actually 17 when I worked with her on the lifetime movie entitled Escape from Polygamy. That’s where we met, and that was like eight or so years ago, I don’t know how old I am. Yeah, that was eight years ago now, and I’m still playing 17 somehow, eight years later. But this movie was very different, and she was passionate about the story and the topic. And because we have this history and know each other, we were comfortable collaborating, and I always felt like I could go to her with ideas. She was extremely receptive to my thoughts and ideas, so I always felt like I could go to her with those. And it was fun, like a full-circle moment, like reconnecting and working together again.

Scott Menzel: You just made a little joke about it, so I am curious, how do you feel about still getting cast as a teenager?

Haley Lu Richardson: I’m over it. To be blunt as ever, I think in my mind this was kind of my last hurrah in the teen high school world. I think I was maybe a little over it even before this movie, to be honest, but because it tackled something that was so universal and not just like a teen thing, it wasn’t like, ooh, teen heartbreak. I mean Veronica’s situation, and the decision she makes is incredibly real and important and universal. And I just think that fact plus the friendship elements and that the whole thing didn’t take place in a high school. It just felt larger than that, so I was inspired to do it. But honestly, I mean, I’m 25 years old. I don’t feel like I have the memories of what those stakes were to be in high school and have all these high school angst feelings. But I just can’t honestly connect to it as easily anymore because it’s eight years ago, so yeah.

Scott Menzel: Well, the funny thing is that you pull it off all the time. And I don’t know if that’s because you’re just so damn good at what you do that you can make any role convincing. And I do mean that you are like the shining light of so many films that you have been in. I think about Columbus, Edge of Seventeen, Support The Girls, and Five Feet Apart. You’re so damn committed in all your movies.

Haley Lu Richardson: You’re saying such kind things, and it really means a lot to me. And it means a lot to me because I’m really hard on myself when it comes to doing justice to characters and believing the words that I say in a movie and what I put out there. And so I think that’s why too I have, to be honest with myself of when I really start not, it becomes really hard to connect to something in this whole kind of high school thing. I think at this point now would be harder to connect to because it’s really hard for me to go through and do and complete a scene when I can’t fully commit as you said, or give myself to it or believe what I’m saying or what’s happening. I’m excited to see what kind of adult stories come and I can start exploring that.

Scott Menzel: Well, I do look forward to seeing what you do next, and I wish you nothing by continued success. And I look forward to the next time we get to chat, and hopefully, it’s for longer, because I know they’re like, “Wrap it the F up already, Scott.”

Haley Lu Richardson: I’ve really enjoyed talking to you, and thanks for the kind compliments and for watching the movie and everything.

Unpregnant is now available to stream on HBO Max

Interview: Haley Lu Richardson on ‘Unpregnant,’ Playing a Teenager at 25, and working with Rachel Lee Goldenberg