Arriving a year later than anticipated, it is nonetheless exciting to be back in Haddonfield, Illinois. Well, it’s fun for a viewer, at least. This time around, Michael Myers is taking no prisoners in Halloween Kills, which features a higher body count than any of the previous installments in this series. I suppose that’s good news for the gorehounds, as Michael isn’t exactly backing off from his style of brutality (and being a bit of a Halloween prankster). Otherwise, the intrigue of this entry comes from its ambition. With a broader scope and thematic heaviness attempting to overweigh the simplicity that has worked best for this series, I’m a bit at odds with the overall results. Still, I also can’t say I’m not eager to see how this all ends.

To anyone who thought Michael Myers was dead and gone in the 40 years later entry, Halloween from 2018 – what are you? New? That 11th entry in the long-running slasher series was always just part of a larger story crafted by writer Danny McBride and writer/director David Gordon Green (with the blessing of the Master of Horror himself, John Carpenter). Beyond that, however, Halloween Kills exists because of the gambit of pitting Michael Myers against legendary scream queen Jamie Lee Curtis once again. That hook (along with solid buzz and reviews) allowed 2018’s film to make a good chunk of money for a modestly-budgeted Blumhouse feature.

The question is – where do you go from there? Picking up minutes after the ending of the previous film, while Laurie Strode (Curtis) is on her way to the hospital with her daughter, Karen (Judy Greer), and her granddaughter Allyson (Andi Matichak), Michael is still caged in the basement of Laurie’s burning house. However, the arrival of firefighters proves to be a disaster, as it gives Michael the opportunity he needs to free himself (and kill many in the process). So, what does this mean for the rest of Halloween night? 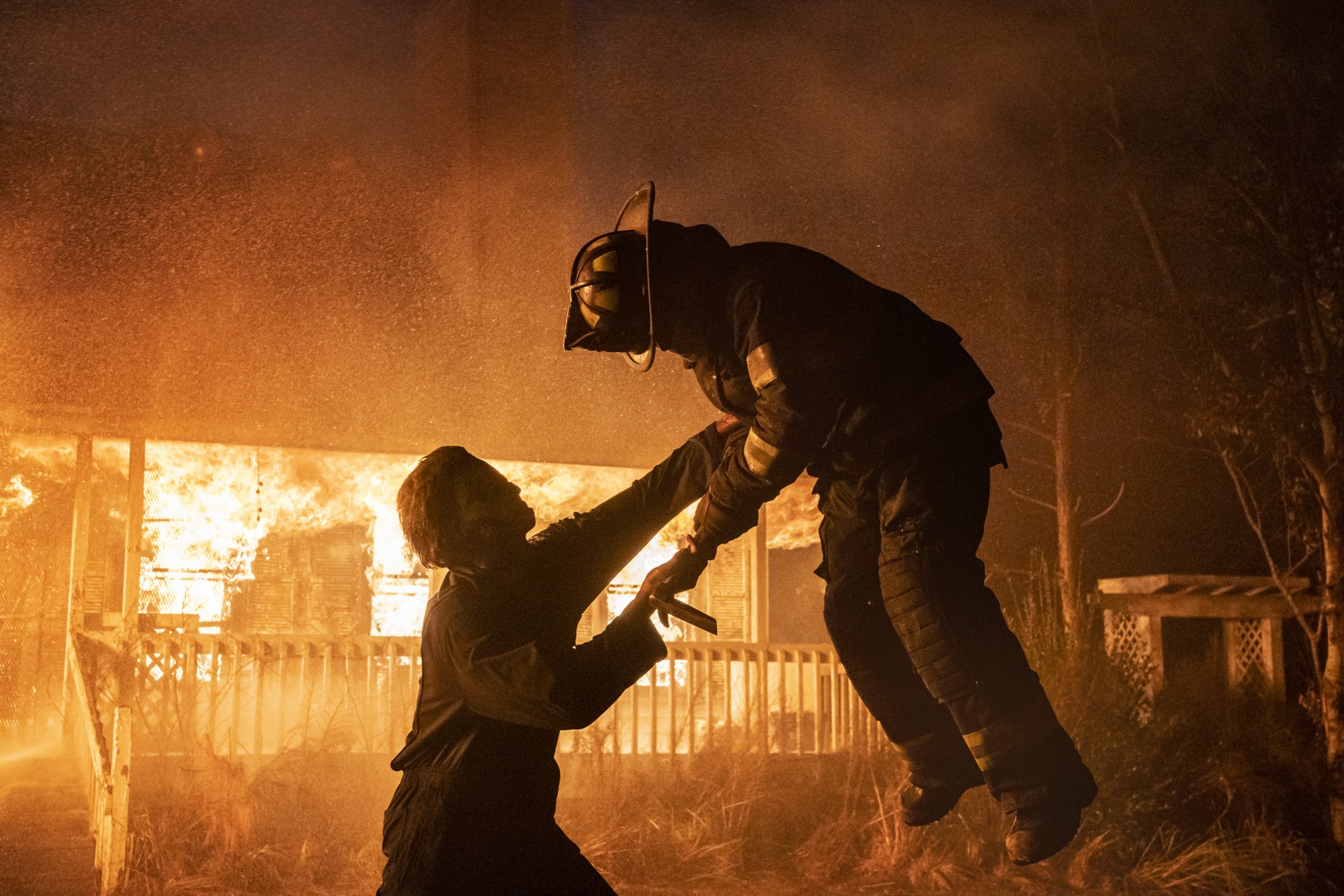 While I was a fan of the previous film for how it (once again) distanced itself from previously established continuities in favor of being a direct follow-up to 1978’s original, I had my share of issues. Along with a specific character reveal that felt forced, I couldn’t entirely embrace the idea of the multiple generations of Strode women suddenly becoming the backbone of the film. While female empowerment in a slasher film isn’t exactly new, the way Halloween suddenly wanted to champion their combined efforts to stop Michael fell a bit flat.

By comparison, Halloween Kills actively embraces some key themes early on and relies on them throughout to inform the story. It’s a big swing, but it’s hard for me to find fault in the 12th entry in a slasher series attempting to do something different and appropriate for the times. This film wants to address the mob mentality and distrust in the systems designed to protect us. While a product of the time, given how the film was written and filmed before America was struck by a domestic terrorist attack earlier this year, it’s undoubtedly all the eerier to see how these things form in a horror film. 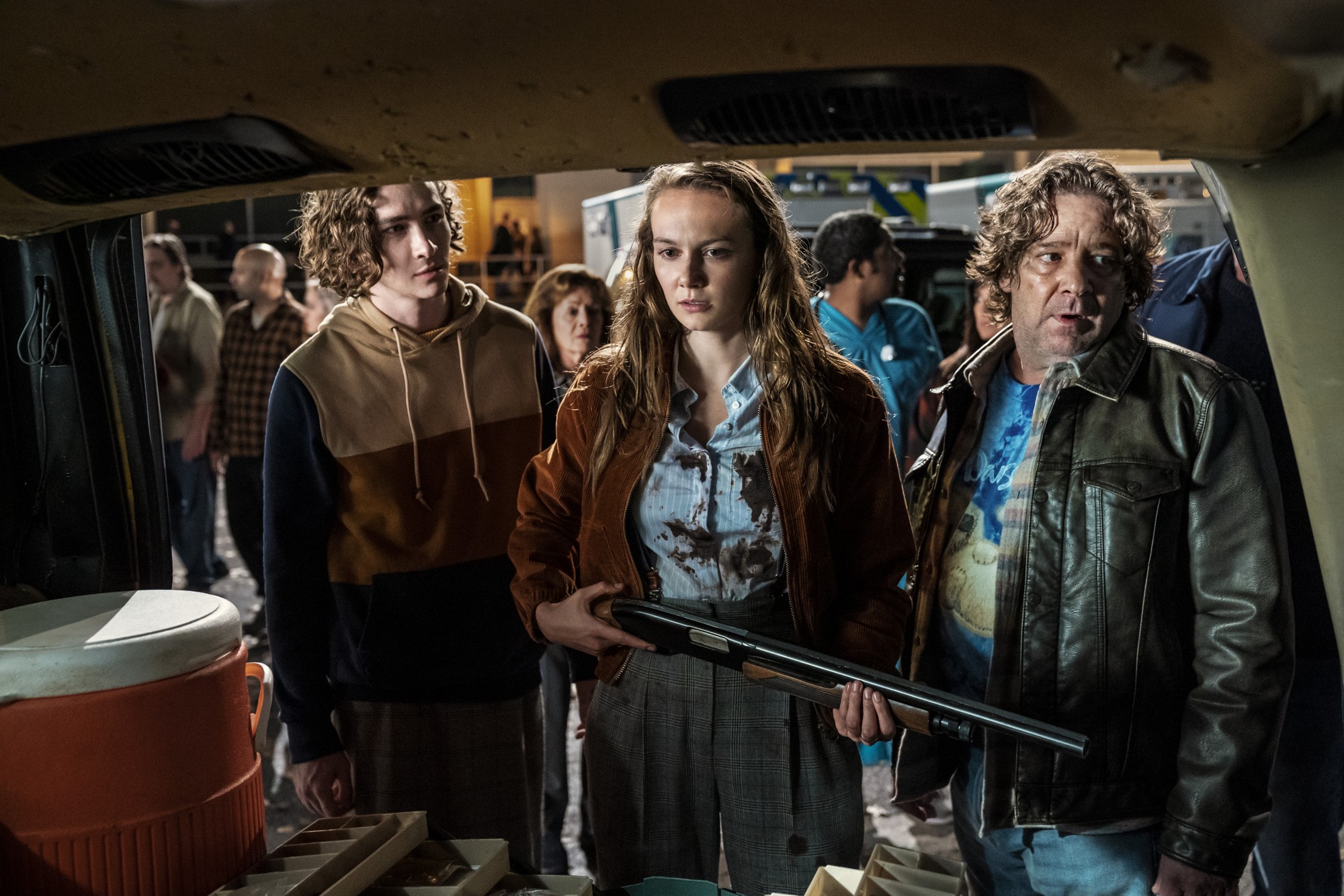 “Evil dies tonight!” shouts Tommy Doyle (Anthony Michael Hall), the young boy Laurie babysat back in 1978, during Michael’s first killing spree. This forms a chant adopted by other survivors and a large portion of the town, who find themselves devoted to hunting down Michael and finally putting an end to his massacres. But to what avail? Rather than working as a diversion that keeps people on the streets, with Michael picking off whomever he wants at a given moment (though he does get in his stabbings), so much of the plot is built on this premise. Not helping is how much weight this film puts on Hall’s shoulders. I think Hall is a capable actor, and while he’s adopting the personality of a familiar type (single-minded alpha male with a particular view of America), this is not his finest hour.

This doesn’t stop Green from getting creative with his direction. As one of the rare directors to return for a sequel in this franchise (joining the ranks with Rick Rosenthal and Rob Zombie), there’s certainly an effort to build off his minimalist approach to the 2018 film. The way he films overcrowded hallways to convey the panic associated with mob mentalities is quite strong. A surprising use of flashbacks to specific moments in time proves to be more effective than it may sound on paper. Even some of Michael’s killer moments feel as though they could be framed as comic book panels. 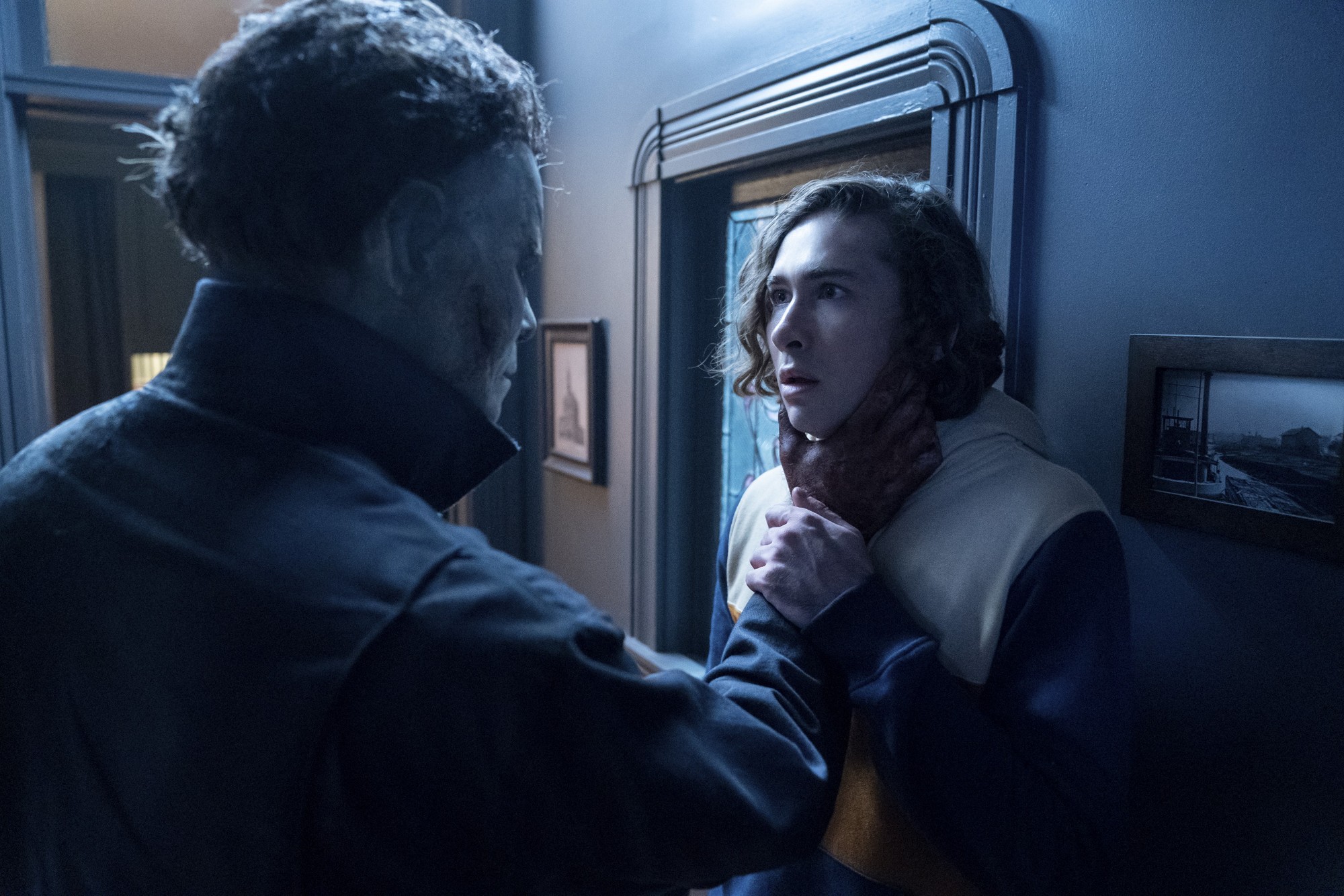 Keeping the slayings in mind, Halloween Kills is a brutal feature. Perhaps not as severe as Zombie’s Halloween 2 (far better than it was given credit for at the time), but many innocent people get slaughtered in increasingly inventive ways. It helps that Green can stage these moments with a level of suspense that is creepy enough. He’s also able to impressively balance our empathy for these people while embracing the bloodshed taking place.

Do all of these disparate elements make for a thoroughly entertaining feature, though? Perhaps, over time, such as after the already in pre-production Halloween Ends arrives in 2022, having a complete perspective on how this middle chapter ultimately functions will help. As it stands, while I admire the craft, this film relies heavily on what has come before. There is something to admire about attempting to tie aspects of this series together (keeping in mind that all of the original sequels don’ count), but it is hard to look past some of the more cringe-worthy elements.

Carving Up The Past

For one thing, there’s not a lot for Curtis to do this time around. While the link that once tied Michael and Laurie together has been severed, she still primarily waiting around in a hospital, not unlike 1981’s Halloween II. That leads to numerous supporting characters (some played by actors from the original film) taking over. While there are certain standouts, such as Greer, who has a lot more to do this time around, others are stuck with bad dialogue, obvious call-backs, and more elements that take the film down a few notches. 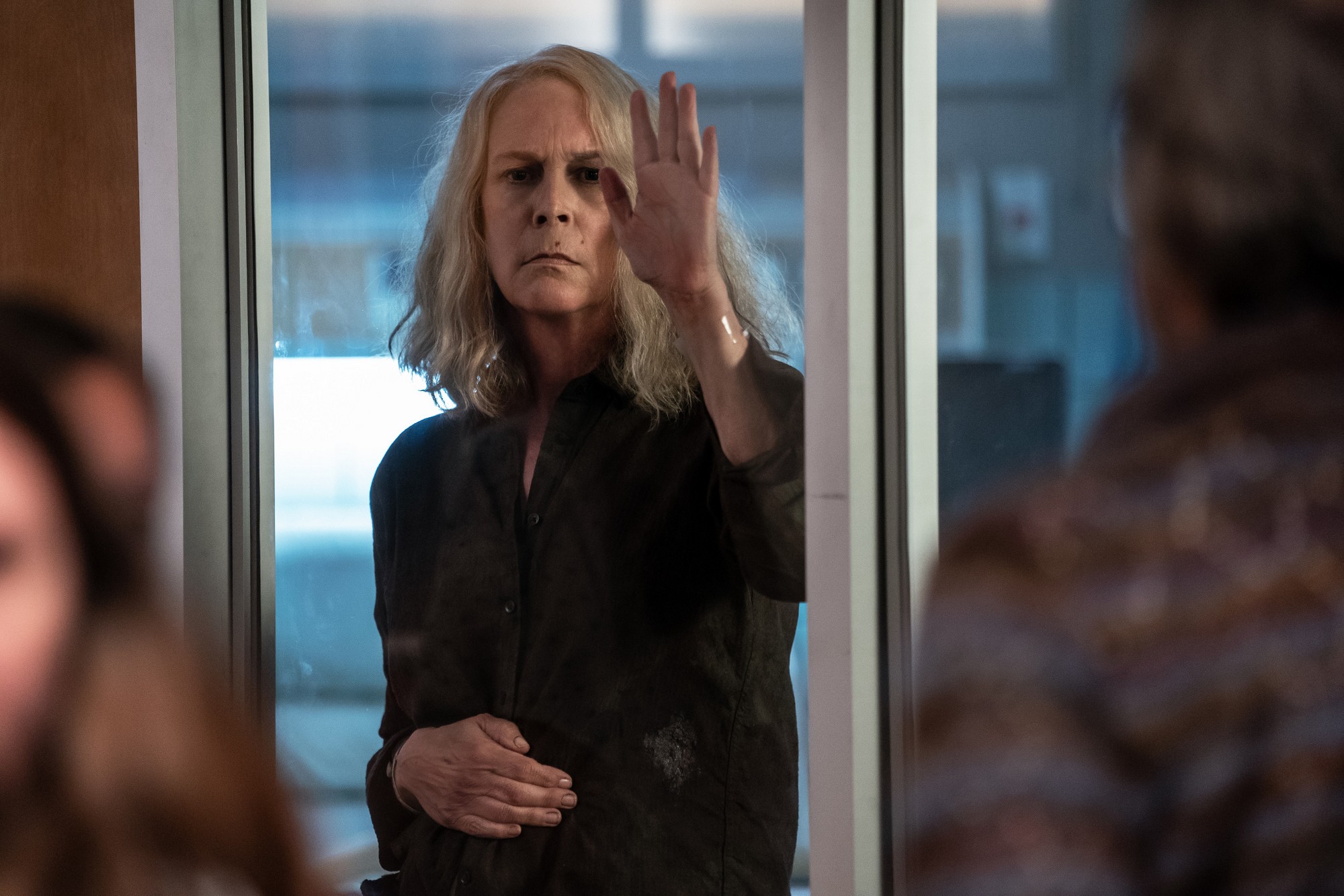 Should I be this hard on the 12th entry in the Halloween franchise? Well, I do ultimately like this film for all the ways that it tries to be different. However, regardless of my expectation for a slasher film, I look at Halloween Kills for what it is and its standing in a series I really enjoy. With that in mind, yes, I see it trying to do too much without fully nailing the most inspired of its ideas. It does nail down (stab, impale, etc.) other areas. Michael’s efforts to be the ultimate trick or treater are appreciated. John and Cody Carpenter, along with Daniel Davies, are having a blast delivering on the score for the film. Plus, the setup for whatever’s next has me entirely on board.

None of this is to say one only needs to see Halloween Kills to get to the next. That would be like me saying people should watch Halloween III: Season of the Witch merely because it’s part of the Halloween marathon (in reality, III is first-rate, Tom Atkins is cool, and the ending is fantastic). So, no, this is still a solid entry in the series, even if I see it as a slight comedown from the previous entry. What it lacks in certain areas, it makes up for by delivering very literally on its title and how it makes one think about what the phrase ‘Halloween Kills’ means in this context. That alone is an inspired thought, but you also get Michael Myers ramming a buzzsaw through a guy’s face. Happy Halloween, folks! 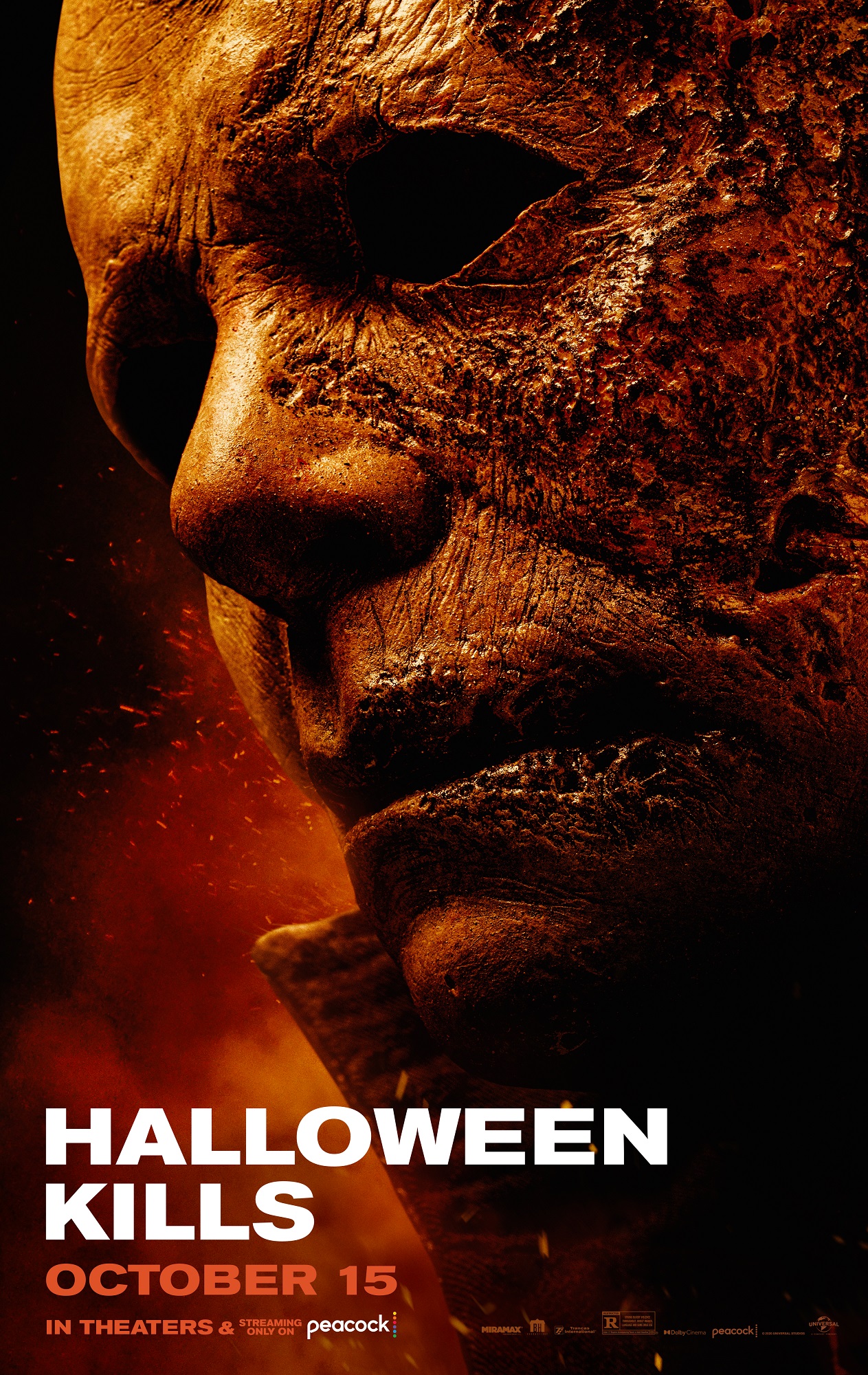 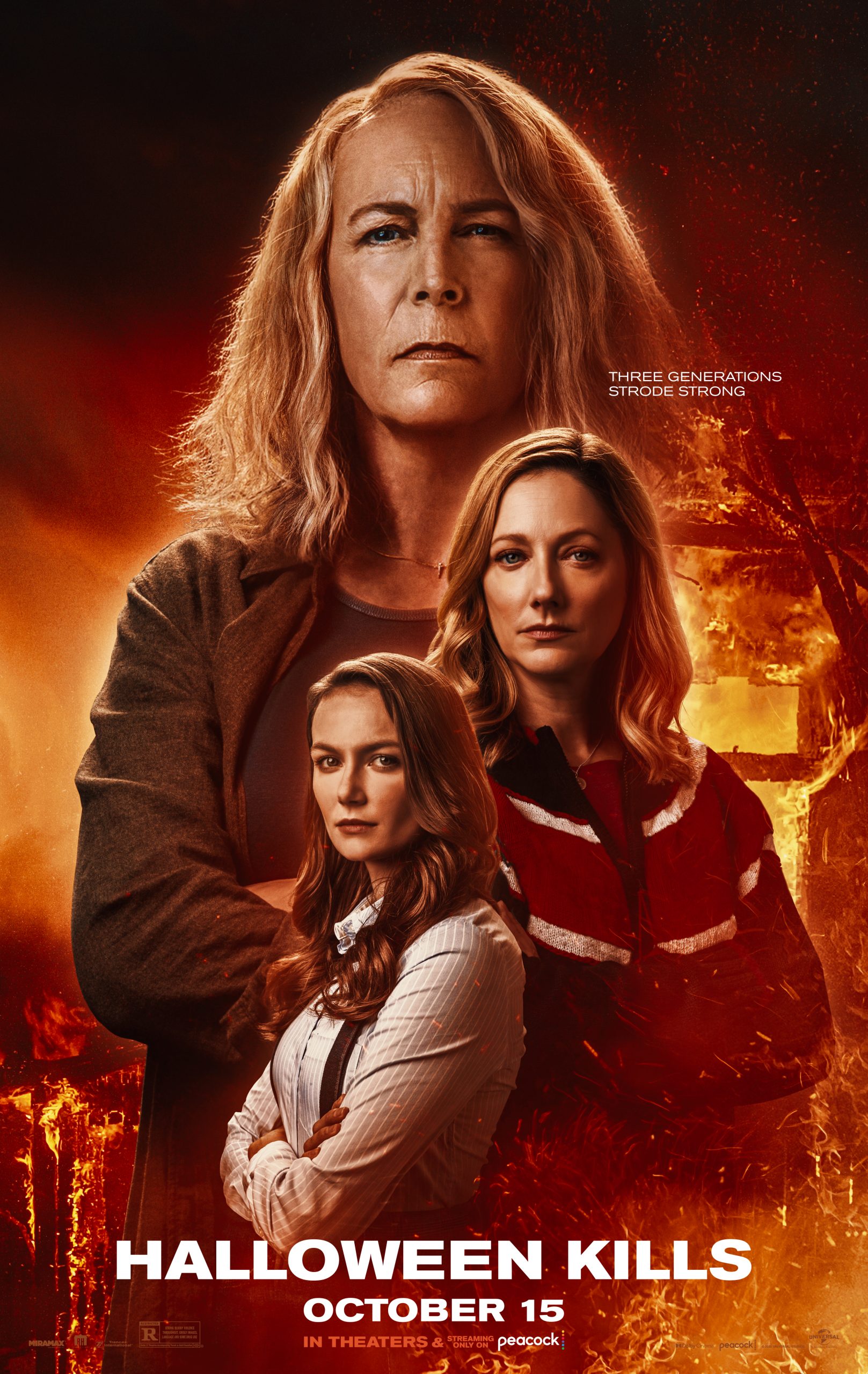 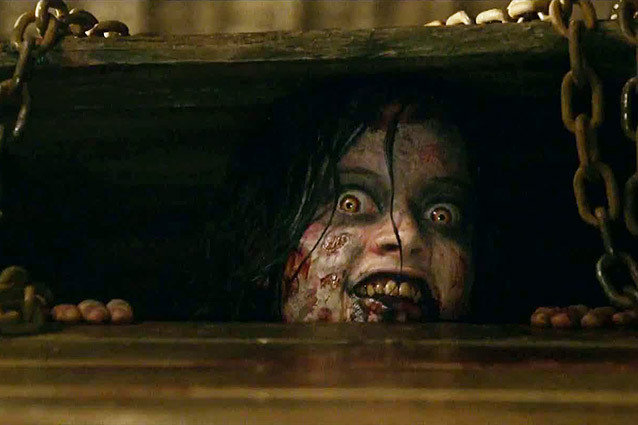 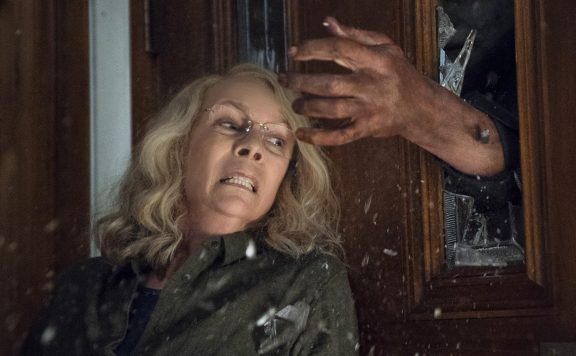 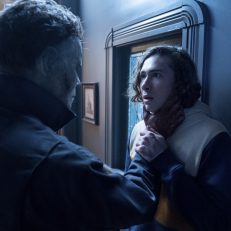 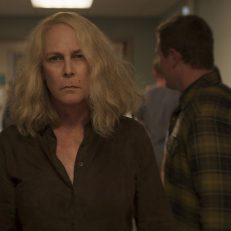 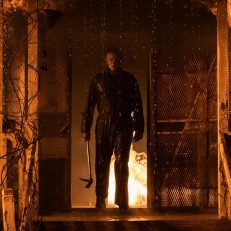 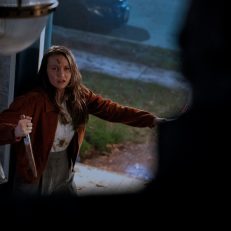 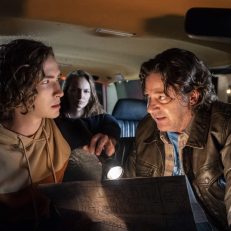 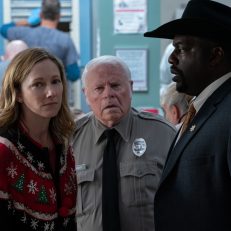 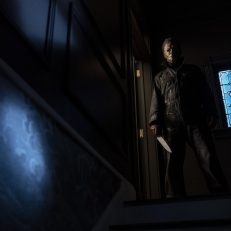 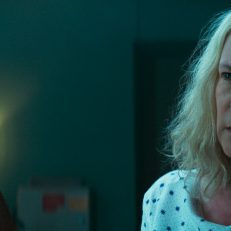