Any action movie Iko Uwais makes now will be compared to The Raid. Headshot is not The Raid 3 but it shows that Uwais can do different things, like Jackie Chan when he’s outside the Police Story or Drunken Master franchise. It’s still worth seeing Uwais in action and Headshot shows he can do standalones

“Ishmael” (Uwais) takes a bullet to the head which costs him his memory. Trying to find out who he is leads him to the people trying to finish the job. Luckily he remembers how to fight. 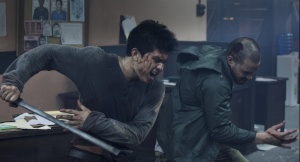 The fights in Headshot are still Silat. You can tell by the rapid strikes. Normally, stabbing eyes with an ice pick and a machete standoff would be crazy but after The Raid it’s only a 7-8. Still, you want to see that ice pick and machete fight.

A bus fight confined and brutal. Ishmael is chained to table and finds way to fight. Jackie Chan would make it comedy but it’s cool and practical. There are some impressive long sequences like in a police station. 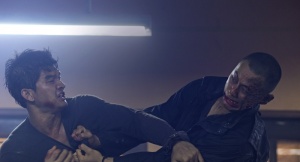 In addition to hand to hand, there are lots of gunshots and gunfights in Headshot. They’re not necessarily stylistic but I will give them that you can see who’s shooting at who. That’s something these days.

Some of the overt style is off putting. The camera shakes with gunshots, like a burst, then steady, then another burst. I get it but it’s too on the nose. The camera seems to tremble in tense fisticuffs. Ishmael jump out a window and the camera lands on its side with him. It’s trying too hard to show off.

But the camera never obscures the action so that’s good. There is plenty of action, choreographed by Uwais’ team, to fill two hours. For a third Jackie Chan reference, the amnesia story sort of makes it a more brutal take on Chan’s Who Am I? There’s room for both and its a perfectly fine vehicle for Uwais. 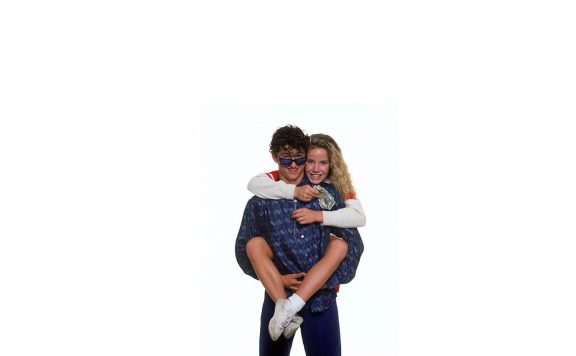 Headshot Review: A Bullet To The Head

Any action movie Iko Uwais makes now will be compared to The Raid. Headshot is not The Raid 3 but it shows that Uwais can do different things, like Jackie Chan when he's outside the Police Story or Drunken Master franchise. It's still worth...
0
Average User Rating
0 votes
Please sign in to rate.