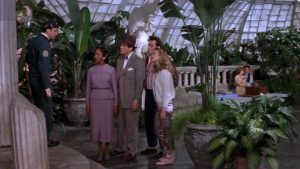 Most of those favorite movies were in the same genre as Heart and Souls. I loved fantasy comedies where the magical premise illuminated some real life feeling. Mr. Destiny, Defending Your Life and Memoirs of an Invisible Man were other all time favorites, and I suppose it goes back to Back to the Future where time travel taught the McFlys to stand up to bullies and believe in themselves.

The premise of Heart and Souls is that four people who died got to fulfill their unfinished business via the man born the night they died. Because it’s a movie, they didn’t get the message until he’s grown up and they all have to rush to finish their lives’ business.

There was also something beautiful about four spirits watching over a boy. They don’t even know there’s supposed to be anything in it for them, so it’s totally selfless. And tragic in the idea that they stay silent most of his life because the world won’t understand a boy talking to ghosts. They deprive themselves and him of this spiritual experience to conform to the mundane world. Thomas’s tearful goodbye still gets me.

By 1993 I was also a Robert Downey Jr. fan. Prior to Iron Man this was a more niche position. There were certainly cinephiles who were onto his talent but the box office hadn’t caught up yet. He was brilliant in Chaplin and Heart and Souls gave him another vehicle for physical performance when the spirits possess him. The fast-talking scamp constantly making excuses would certainly become his trademark post-Marvel.

It’s interesting to observe now that the two female souls have people they left behind and the men have things they need to do. Penny (Alfre Woodard) had children she can’t see because she’s tied to Thomas (Downey). Julia (Kyra Sedgwick) had a fiancé. Harrison (Charles Grodin) never overcame his stage fright. That’s his career. Milo (Tom Sizemore) stole stamps from a kid. The stamps are a Maguffin but it’s the issue of making amends. The look on the guy’s face when Milo returns them is worth it, as is the look on Milo’s face when he experiences the value of doing good for someone.

I suppose in 1993 it seemed natural for women to be more familial and men more practical. Now it certainly feels stereotypical and it always should have felt that way. Given the timeline, the accident happened in the ‘50s and gender roles were what they were then. I don’t think that’s why though. I think in the ’90s, those were the tropes of female characters.. They could have had families and had another thing. Elisabeth Shue has kind of a thankless role as Thomas’s girlfriend putting up with his shenanigans but I guess two out of three women having a complete arc ain’t bad.

Finding Penny’s son takes a bit of convenient scripting but it all checks out. The moment she realizes it’s him is is worth it. Almost as if to make up for it, Julia’s isn’t resolved so easily. 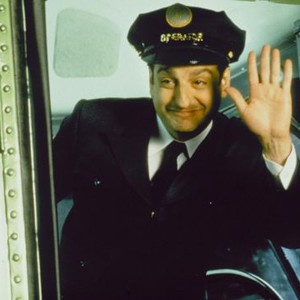 Speaking of ‘90s screenwriting, the whole “bus driver distracted by peeping at a female passenger” is a dated trope. Anything could have caused an accident without making the driver (David Paymer) a leering pig. Between turning 40 and the 25 years that came after 1993, some of these little things are glaring to me now.

As for screenwriters, Gregory and Erik Hansen, who adapted their short film Seven Souls into the screenplay before it was rewritten, never wrote anything else that got made. I can’t find Seven Souls online either. This was way before YouTube or even the internet itself, but I can’t help but think if the movie were popular, the short would’ve ended up as a DVD extra eventually. I’d love to know what other ideas they had, since this concept spoke to me so deeply. 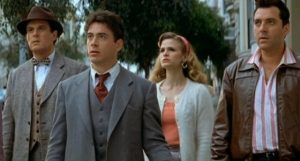 Funny that as a teenager I so related to a story about resolving your life after you die. I’m now close to a halfway point and it still resonates but at 15 I was already forward thinking. I was already worried I’d leave things unfinished and I’ve certainly made sure to live without regrets since. 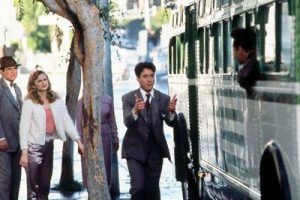 These days I dig a little deeper into my philosophical films. Detention took fantasy narrative beyond the single level of the afterlife. Though grounded in the real world, I contemplate the morality of success with Whiplash or the demands of long term commitment with Before Midnight. The Notebook told a complicated and rewarding love story with the natural course of life and bittersweet reality of Alzheimer’s. Maybe Fight Club was my foray into an adult questioning of reality.  I don’t think teenage Fred could’ve even handled Mr. Nobody. At this point Inception is child’s play to me. 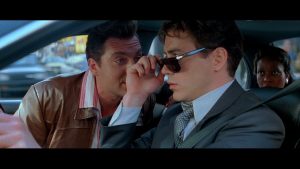 Heart and Souls is still a sweet movie though. I like what it’s doing and I value it as the early stage of my philosophical cinematic growth. I wish it had done better in 1993. By then I was used to championing the cause of unpopular movies (team Hudson Hawk since 1991!) If I were a spirit in the afterlife, I’d never have to regret I didn’t speak up for those movies I loved, because I always did even if I was the only one.