Disgraced, unlicensed bodyguard Michael Bryce (Ryan Reynolds) and laser-focused hitman Darius Kincaid (Samuel L. Jackson) are an unlikely team, and the glue that holds them together is Sonia (Salma Hayek), an infamous international con artist. She also happens to be Kincaid’s very amorous, very volatile wife. When the trio falls headlong into a dangerous global mission, they soon learn that they are all that stand between the safety of all of Europe and the insidious plot of megalomaniacal madman Aristotle Papadopolous (Antonio Banderas). Will they crack under pressure or somehow hold it together for a group hug as the end credits roll? 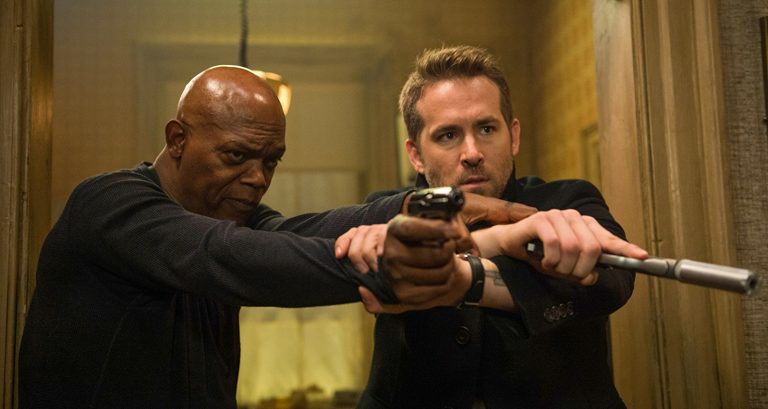 When it comes to the action, there’s plenty. Car chases, bullet dances, underwater acrobatics, barfights… you name it. As for the comedy, it’s not going to win any Oscars, but who doesn’t need a little snarky Reynolds and an eye-rolling, F-bomb-dropping Jackson in their lives? Add the always likable Hayek to the mix, and you’ve got a reasonably entertaining night at the movies. When he’s onscreen, Banderas chews the scenery even if his Louis Vuitton not-so-chic wardrobe does try to upstage him at every turn.

The only time Hitman’s Wife’s Bodyguard really slows down is when it gets into Bryce’s backstory, complete with a flashback to childhood. He’s got major issues—of the daddy and mommy variety—which play into the subplot of Darius and Sonia’s desire to become parents. Even though those are the most forced elements of the plot, they tie into the ending in a reasonably clever (I use the word generously) manner. 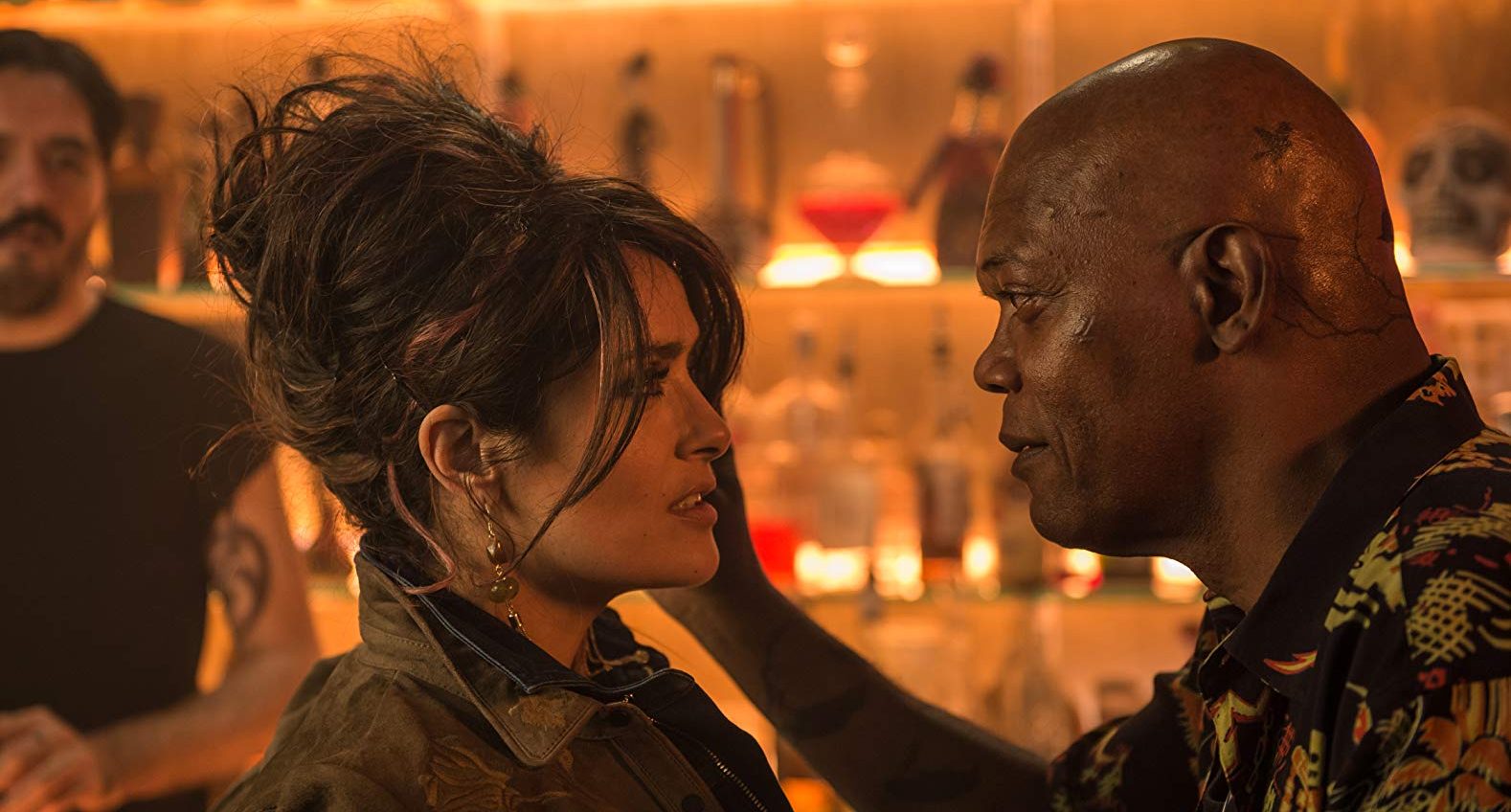 The international locations are pretty, but they don’t add the same cachet to the story as, say, a James Bond movie. None of the places really figure into the plot, so this story could have taken place anywhere. The cinematography is workmanlike, but the other trappings (music, costumes, sets) add some pizzazz to the shenanigans.

Hitman’s Wife’s Bodyguard is like a Looney Tunes cartoon—Reynolds is Wile E. Coyote, Jackson is Yosemite Sam, and Hayek is Bugs Bunny in drag. If you go in knowing that and you’re not expecting the second coming of Nomadland, you won’t be disappointed. It really is a fast-paced, feel-good buddy-comedy. So, just check your brain at the door, grab your popcorn, and enjoy. 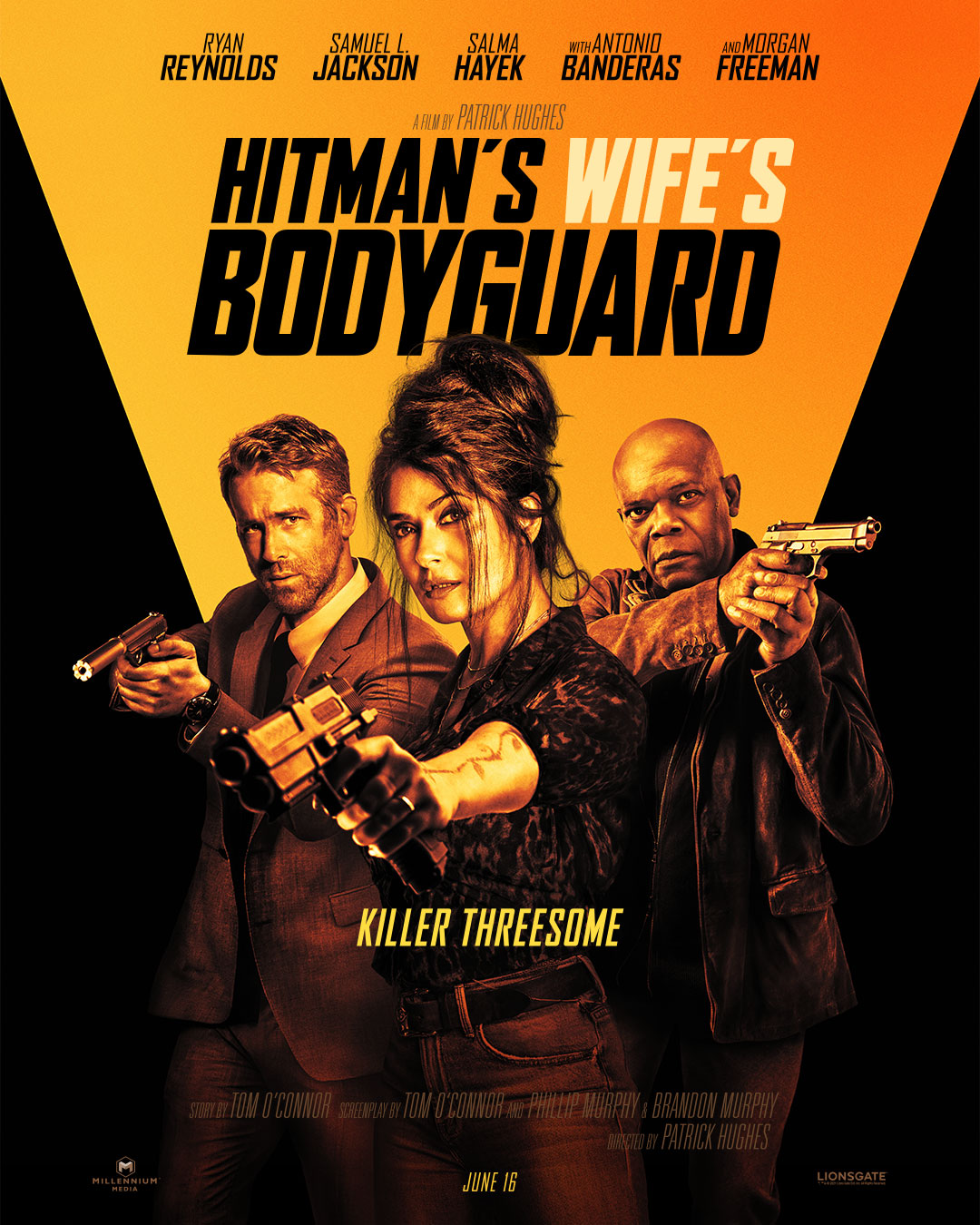