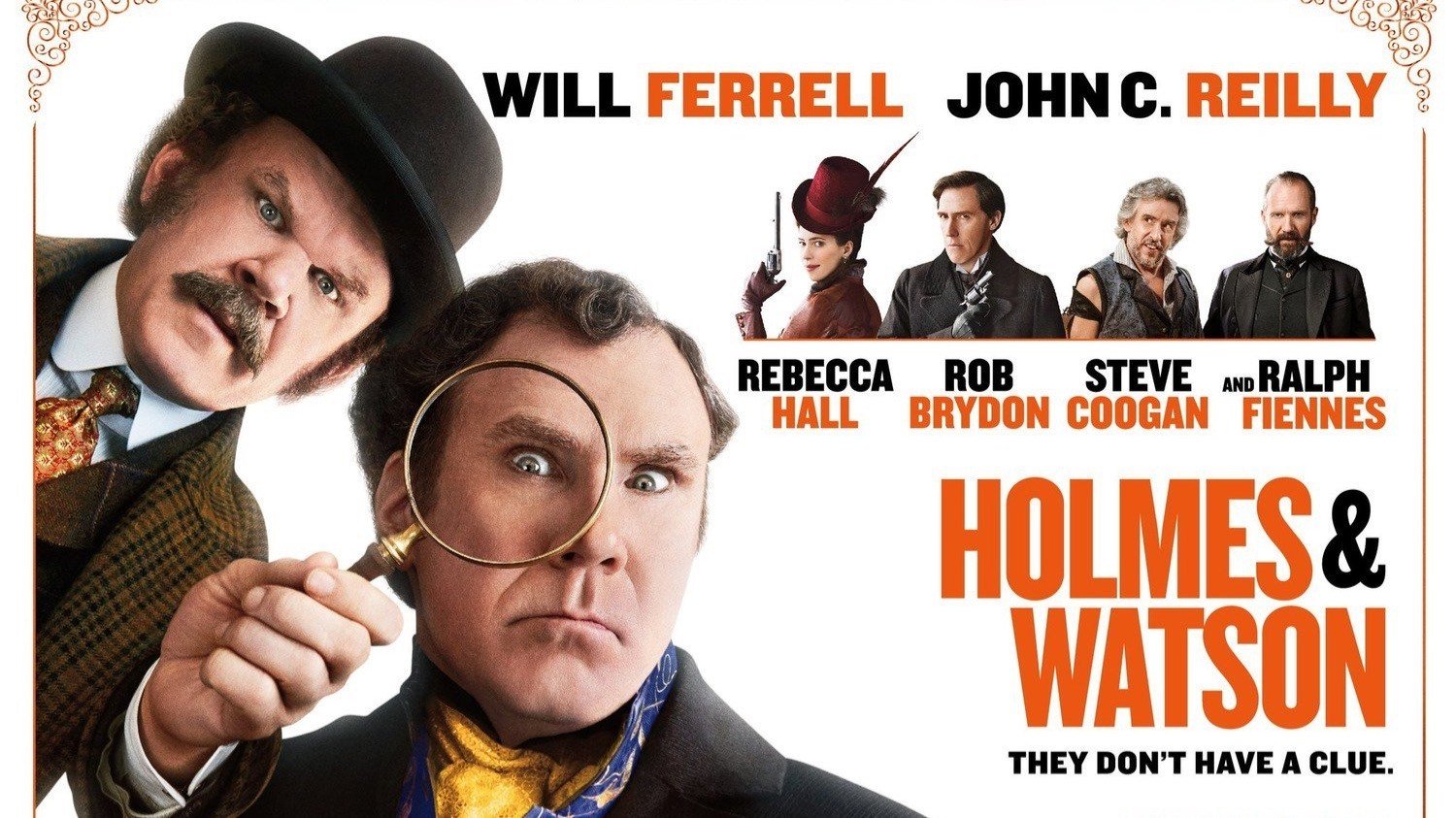 If you imagine the concept of Will Ferrell as Sherlock Holmes and John C. Reilly as Dr. Watson, it is easy to see the potential. Ferrell and Reilly struck comedic gold with “Talladega Nights” and “Step Brothers,” so surely “Holmes & Watson” will be 3­for­3. Well, here’s the thing: those first two films were directed and co-­written by Adam McKay, and “Holmes & Watson” isn’t. Instead, the writer/director is Etan Cohen, who was responsible for the mediocre yet financially successful Will Ferrell/Kevin Hart prison comedy “Get Hard.”

Despite having writing credits on “Idiocracy,” “Madagascar: Escape 2 Africa,” and “Tropic Thunder,” Cohen wasn’t the sole writer: he shares a co-­writing credit on those films with arguably more talented writers. For this film, he is the only writer. Granted, he did write “Men in Black 3” on his own which was decent. When I found out Cohen was the creative mind behind “Holmes & Watson”, my interest quickly faded. My feelings towards “Get Hard” were negative, and the horrendous trailer Sony released for this film didn’t help its case at all. Not to mention, Sony didn’t screen this in advance for critics, which is typically a death sentence for movies. So keeping with the Jewish tradition of seeing a film on Christmas, I decided to give “Holmes & Watson” a chance with the hopes of possibly being proven wrong. And to that, I say Bah Humbug.

“Holmes & Watson” seems to have been manifested from someone who saw the Robert Downey Jr. “Sherlock Holmes” films and said, “Well what if they were stupid?” Cohen is taking cues from that series and, instead of approaching comedy in a clever way, he smears the worst elements of “Anchorman 2: The Legend Continues” with the overall elements of the Steve Martin’s “Pink Panther” in the place of anything that had any potential of being remotely funny. Holmes and Watson are complete imbeciles, but they’re not written in a way that makes them likable or charming. Sherlock is shown being legitimately witty and intelligent during the opening sequence, but this is when Watson narrates Sherlock’s origins as a child in boarding school. Somewhere between the opening sequence and the end of the opening credits the intelligence of the titular characters was stunted, because these guys are never as smart as they are when they’re children. Keep in mind, there’s a part in the opening where young Sherlock is pranked by his schoolmates to put a blindfold on and kiss the ass of a donkey.

The score for this movie has the occasional dubstep beat to it, and that’s not even the most bizarre aspect to the music. Legit dubstep tracks play in a couple of scenes during the film, and all of it is out of place. If you were thinking that things couldn’t get any more bizarre musically, there’s a scene where Watson and Dr. Grace Hart (Rebecca Hall) are inspecting a dead body covered in cake crumbs and frosting in a morgue. As they examine the cake­doused body, Watson turns on “Unchained Melody” on his record player and the two proceed to partake in a parody of the pottery scene from “Ghost.” On paper, that scene could have worked, even down to the song somehow existing decades before The Righteous Brothers released it. In execution, the joke falls incredibly flat. Somehow the producers wrangled the great Alan Menkin (yes, Alan Menkin) to write a musical number between Holmes and Watson that takes place at the end of the second act. Again, that could have been clever and amusing, but the execution is simply terrible.

In a twist I legitimately didn’t see coming, the lousy selfie stick joke shown in the trailer was the best “modern” joke the movie has. There are not one, but TWO Donald Trump jokes thrown in. One of them involves Holmes trying on a red hat that says “Make England Great Again.” If Cohen wanted a smarter joke that involved Trump, the hat should have said: “Make Britain Great Again” instead (Credit to a friend of mine for making that joke). And to make things even more confusing, the film features the Titanic getting ready to set sail to America for some unknown reason. I guess this makes sense because the climax of the film takes place on the Titanic and Etan Cohen really wanted to make some obvious Titanic jokes, right down to the Billy Zane cameo that he shoehorns in at the end. It’s not Billy Zane playing his “Titanic” character, mind you: Holmes literally sees him getting onto the ship and goes “Look, it’s Billy Zane!” I couldn’t make this shit up even if I tried, and having said that, it was one of three chuckles that I had while watching the movie.

Seeing how poorly written and horribly executed “Holmes & Watson” is will go down as one of the most flabbergasting experiences I’ve had at the movies this year. Not just because the movie is so bad, but because I was sitting in a nearly sold­out large auditorium, and barely anyone laughed during a good 75­-80% of the movie. How anyone at Sony read this script and thought this was worth greenlighting is perplexing, to say the least. Despite being paid for their time and work, I feel genuine frustration and sadness for the entire cast for willingly deciding to partake in such rubbish. Kelly Macdonald, Ralph Fiennes, and Rebecca Hall deserve better than this. Ferrell and Reilly should have known better to sign on before doing a rewrite on the script. This is Ferrell and Reilly’s “Blended.” Adam Sandler and Drew Barrymore struck gold with two films together and then made something pretty bad in their third collaboration. The thing is, “Holmes & Watson” makes “Blended” look like a masterpiece. 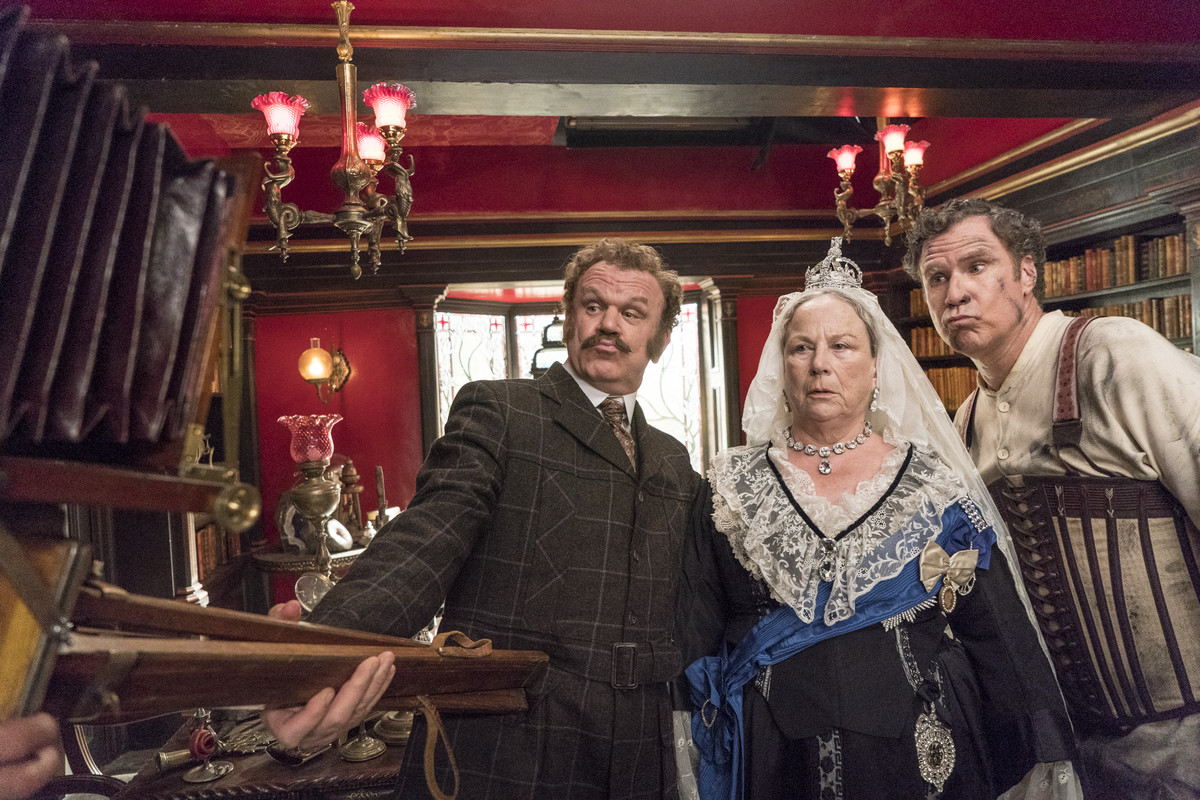 Two kinds of movies frustrate me: the ones that insult my intelligence and the ones that you can see the potential behind the concept. “Holmes & Watson” frustrated me in both of these ways and then some. It is somewhat painful to pan this because I can easily see how a Will Ferrell/John C. Reilly “Sherlock Holmes” comedy could have worked. “Holmes & Watson” is easily the worst film I’ve seen all of these actors in and one of the laziest comedies I’ve ever seen. This is one of the worst movies 2018 has to offer. All I wanted was a decent gift this Christmas. Hell, I even would have settled for a lump of coal but “Holmes & Watson” is the equivalent of what remains once coal is burned: ash, slag, and black lung.