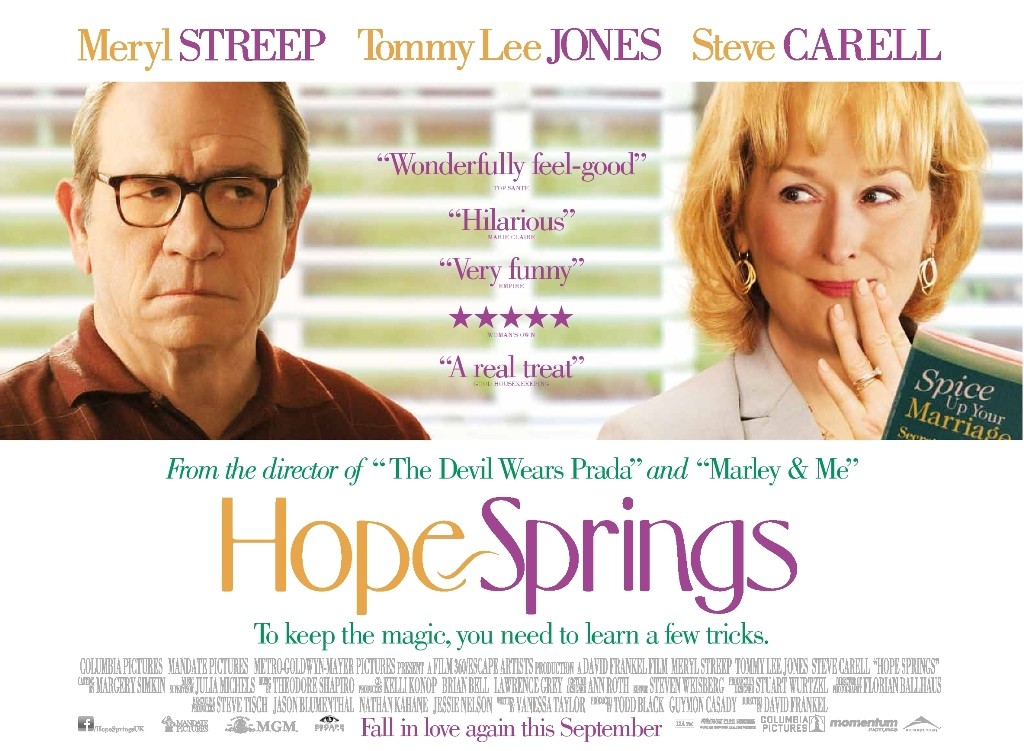 The plot: not bad

Kay (Meryl Streep) and Arnold (Tommy Lee Jones) are an older couple that have been married for 31 years. Kay is increasingly unhappy with their marriage and decides to enroll them in intensive couples counseling with Dr. Feld (Steve Carell). This movie is the story of their journey through therapy and finding love in one another.

With a cast of Tommy Lee Jones, Meryl Streep and Steve Carell, you expect a great drama with a few good laughs. I’ll tell you the only comedy in this movie came from the awkward sexual interactions between Streep and Jones. Carell’s character could have been just as satisfying played by some no name actor and saved the money — a lot of money that it frankly isn’t going to make back.

As a 20-something year old, I can best compare it to an older person’s version of some American Pie parody. The movie really went for the shock value. Perhaps the most difficult thing for me was the lack of chemistry between Streep and Jones. Its hard to root for the relationship of a couple whom you don’t believe in.  I won’t ruin the movie, but instead I will say that it is harmless and predictable.

Take your grandmother, aunt or overly conservative neighbor to see this. This is a movie that I will easily forget a week or two from now.

Hope Springs: The cast: seemingly wonderful The plot: not bad Overall product: disappointing Kay (Meryl Streep) and Arnold (Tommy Lee Jones) are an older couple that have been married for 31 years. Kay is increasingly ...
0
Average User Rating
0 votes
Please sign in to rate.