The story ending has begun with The Hunger Games: Mockingjay – Part 1, the first of a two-part blockbuster finale based on one small book by Suzanne Collins. On one hand this gives readers more page-to-screen material to take in, but on the other hand that doesn’t mean everything translates to the screen as well as other things. Unfortunately Mockingjay – Part 1 suffers somewhat from falling into that second hand.

Mockingjay – Part 1 picks up Katniss Everdeen’s (Jennifer Lawrence) story soon after the events of The Hunger Games: Catching Fire (2013). Guided by Plutarch Heavansbee (the late Philip Seymour Hoffman), Everdeen is settled into District 13. This district is run by President Alma Coin (Julianne Moore), who hopes to bring together the other districts in order to rebel against the Capitol – which is run by President Snow (Donald Sutherland).

Coin and Heavansbee recruit Everdeen to be the face of the rebellion as the “Mockingjay,” which she is hesitant to do at first. In order to help save Peeta (Josh Hutcherson), who is now trapped in the Capitol along with others from the Quarter Quell, Everdeen accepts the position. This leads her, Gale (Liam Hemsworth), Finnick (Sam Claflin), and others to take part in “propos” (propaganda pieces) in order to build up the rebellion.

The film, directed by Francis Lawrence, would have worked better as one three-hour piece in my opinion. Hear me out. While I didn’t read the novel, it’s obvious when certain story elements are better left to the page. A lot of Mockingjay – Part 1 really just feels like set-up and filler, which makes it tedious and a bit boring from time to time. Many of the scenes simply have the feeling of “Director’s Cut” material, not containing the excitement levels or dramatic juice they think they have. One scene even feels like Grade-D drama as one character rushes to save her cat during a huge air raid. Please.

The biggest issue of splitting the movie into two, however, is that this first part suffers on its own. This is because we as the audience only get a lot of exposition and rising action without enough of a fulfilling story arc by the finish. I’m pretty sure the payoff in Part 2 will be satisfactory, and I still look forward to it, but that doesn’t redeem the fact that Part 1 doesn’t hold very strong on its own as a standalone film.

Despite the film never quite taking off, it does have its share of terrific elements. Lawrence is a bit more dull than usual as Everdeen, but she still knows how to hold the screen as the conflicted heroine. Hoffman, in his last screen performance with these two films, reminds us why he was one of the greats. Moore is also welcome as Coin, with her character juxtaposing nicely against Sutherland’s President Snow in terms of their differing beliefs. Hemsworth and Claflin get in a few good scenes as well, yet they aren’t in it enough. The same goes for actors like Hutcherson, Woody Harrelson, and Elizabeth Banks. All of the juicy supporting characters simply feel secondary to Everdeen in this, which is an issue. The acting is fine across the board though.

The film still looks and sounds great too, with Francis Lawrence returning to the helm after directing Catching Fire. The costumes still pop, and the music score by James Newton Howard is excellent as well. The cinematography favors some awesome wide shots at times, though at other times some lazy shaky cam work comes into play.

An action scene towards the end doesn’t comfortably fit with the rest of the film, but on its own it is exciting and well-executed. A number of other scenes come across well too when everyone isn’t just bitching over propaganda pieces or giving “grand speeches”; the quieter scenes between just two characters and the brief action scenes work much better. That’s most of the case with Mockingjay – Part 1: individual moments soaring high while the film as a whole lands flat.

This entry in the series isn’t nearly as good as the exhilarating Catching Fire, and it’s even a bit weaker than the solid-but-unexceptional first film. I like that Mockingjay – Part 1 got away from the actual Hunger Games and instead focuses more on the politics and rebellion side of Panem. However, not enough strength is in the film’s story to make it a wholly successful entry on its own. As a buildup to Part 2 it is fine, but as a piece of entertainment on its own it is meh at best.

MPAA Rating: PG-13 (for intense sequences of violence and action, some disturbing images and thematic material). 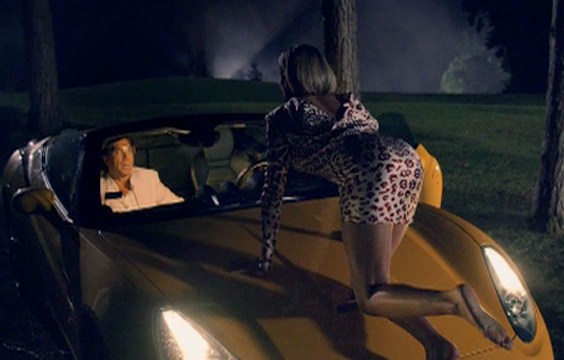