“Incredibles 2” Review: A Superhero Film for the Kids

The Incredibles family is back after fourteen years of a break, but the story starts off right where it ended in the previous installment. The family is fighting to save their city and not everything goes according to plan. Superheroes are still being shunned and are illegal in the world, but they are hoping to change that. Evelyn (Catherine Keener) and Winston Deavor (Bob Odenkirk), brother and sister and heads of a telecommunications company want to help bring supers back into the limelight and repeal the laws that have made them illegal. They give Elastigirl (Holly Hunter) a place in the sun to shine and help to change the minds of people all around the world. They give the family a new house to live in and keep Elastigirl busy with work. This leaves Bob /Mr. Incredible home alone with the kids and learning to take care of things on his own, feeling very rejected and slightly jealous of his wife. Having to handle the kids alone is not only challenging but made even worse when Jack-Jack starts to show his powers and therefore throwing everything into further chaos. While Mr. Incredible holds things down at home as best he can, Elastigirl is working to stop crime when she comes in contact with the Screenslaver, an evil villain who wants to stop Elastigirl and control the minds of the world using hypnosis. The family gets pulled into the fight and must work together to save the world.

Having waited fourteen years to do a sequel has taken its toll on the story. The beginning of the film feels very slow to start because we have to backtrack on so much to catch up to where we are in the current day. It also feels that the film is so late to comment on things that have been hashed and rehashed already. The film addresses the idea of body cams as well as the superheroes doing more damage to the world than helping them. Disney is usually really on point with being relevant in their films, but this one feels a little bit behind in the times. It is also extremely heavy-handed in a lot of the commentary that it has on various topics that seem more forced than natural, like the other Pixar and Disney films.

Where the film succeeds is Jack-Jack. He is easily the best and most entertaining part of Incredibles 2.  He is the source of most of the humor in the film and really lightens the mood. His antics are tons of fun. Without him, the film wouldn’t have worked as well. Apart from Jack-Jack, the rest of the characters are pretty much the same and we don’t see too much change in them. The villain, Screenslaver is a great concept, but the scene where we get the most information about his purpose is quickly done and difficult to hear so most of it is missed. There are good concepts and social commentary there but will certainly be lost on most people in the audience because it does so quickly.

Many of the Pixar and Disney films have great crossover humor for adults, but Incredibles 2 seems more for the kids, which is fine. They will have more laughs and really enjoy the story, as most did in our screening. The final twenty minutes or so of the film is where it really picks up. The story becomes exciting and the action intense and engaging. The fight scenes and battle scenes are fantastic with various superhero powers coming out and being used in so many unique ways.

Despite the small issues I may have with the film, Incredibles 2 is without a doubt for the kids. They will love it from beginning to end and really enjoy Jack-Jack and all his antics. I may warn to stay away from trailers because a lot of the best parts of the film are featured in the trailer. Incredibles 2 feels a bit late to the game, but will still delight audiences in the themes and family togetherness it promotes. All in all, a good film from Pixar. 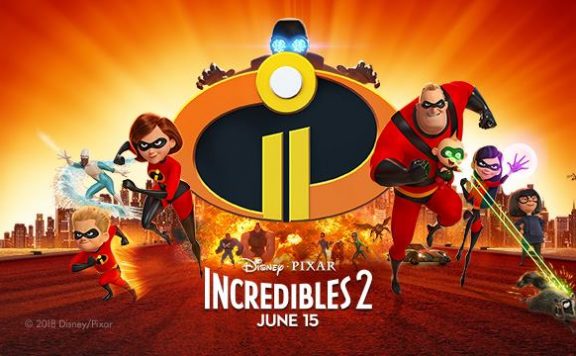 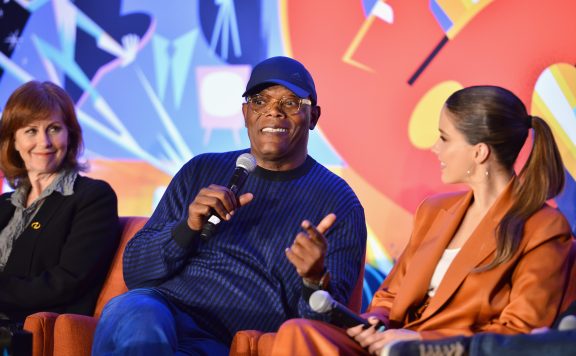