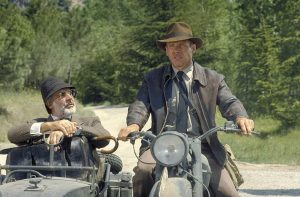 When I saw Indiana Jones and the Last Crusade 30 years ago, I thought it was the best movie I’d ever seen. That’s a little strange to me now because I had seen Die Hard, Labyrinth and Back to the Future by then. I guess I was still processing how good those movies were. What I hadn’t seen was Raiders of the Lost Ark. I liked Temple of Doom but never went back to see the original.

So I wasn’t even feeling the hype of there was finally another Indiana Jones. I had certainly seen the teaser with Harrison Ford stapling his hat to his head. I don’t even remember if I was asking to see it but I must have because I was always aware of what movies were coming out. It’s possible my dad just thought it would be good to take the kids and our friends to. I was aware of the character but not aching for half a decade to see a new adventure, and not hoping for any redemption from a disappointing sequel as many were.

I can see why a 12-year-old thought this was the best movie ever. It really had everything: a train chase, a boat chase, a motorcycle chase, a tank chase, a blimp chase and cryptic puzzle solving. At least I had good taste. I could still recognize the quality of Spielberg, who was the first director I ever knew by name.

One bit of action baffles me now. When Indy and Henry drive through the tunnel to escape a plane, the plane crashes through the tunnel in flames. Why was the pilot following them into a tunnel? What did he think was going to happen there with his wings?

Opening with young Indy was also a good way to hook me. River Phoenix was older than I was, but they were in Boy Scouts and I was in Cub Scouts so that was relatable. I wish my hair fell over my eyes like his.

I think what won me over the most was how funny Last Crusade was. And it wasn’t the first time I saw an action movie with humor. Again, I’d seen Die Hard, as well as Running Man, Beverly Hills Cop, etc. One theory could be that maybe I didn’t know HOW funny those movies were yet. I knew they were awesome and the hero had quips but much of the real humor may have gone over my head until I got older. 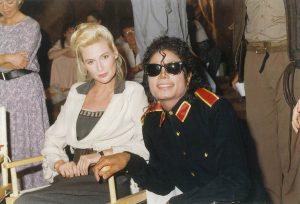 Last Crusade was a laugh riot. You mean I get awesome action and jokes? As an adult viewer I can see how a lot of the humor is childish. That’s fine though. It’s good to make Spielberg quality movies for kids. “No ticket” is funny and so is “Everybody’s lost but me.” Climbing out his office window is funny. 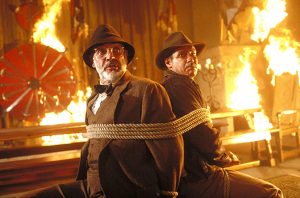 The horse stepping forward when Young Indy jumps is perhaps out of place as a pratfall. Indy pretending to be a tapestry inspector is really broad. The librarian thinking his stamp is making the loud banging noise is really silly. Even the way Henry accidentally sets fire to the room is silly bumbling. That train chase is more of a comedic set piece than an action scene. 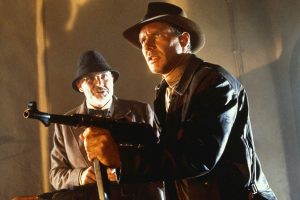 I get that Indy turns back into a kid seeking his father’s approval but it’s a bit extreme. Why would Indy say “Yes, sir” after coming to rescue Henry? So much of the action Is Henry causing problems for Indy. He makes Indy fall down the stairs and makes their plane crash. It’s a tad strange to see the film undermine it’s hero so often. Whatever you think about Crystal Skull, it doesn’t undermine Indy this way.

Broken families are a Spielberg theme so it is poignant when Indy and Henry reconnect. It is satisfying when your parents can see you at your best. It’s like Parent/Teacher Day when your mom and dad find out what you’ve accomplished in class. Henry never knew his son was so awesome, although he should have been interested in the stories Indy could tell. 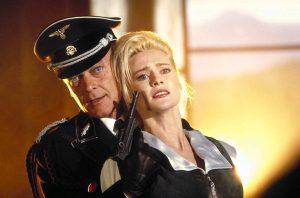 Alison Doody is great in this. Shame on Hollywood for not giving her the roles she deserved after a huge Summer blockbuster. She was a great femme fatale and a kind of duplicitous character whom you could understand allying with the enemy, and believe she felt torn about it.

Last Crusade did make me finally watch Raiders because now I needed more Indiana Jones in my life. I appreciated then how Last Crusade was more similar in tone than Temple of Doom was. It took me many more year to appreciate how perfect Raiders is compared to the merely excellent sequels. That was also back when I could see a big sequel and if I liked it, there were previous entries I could discover. 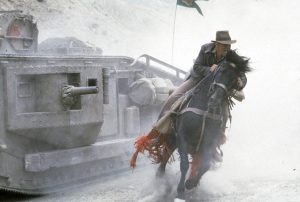 But as much as I liked seeing an older version of Last Crusade, I still considered Crusade an improvement. Raiders had a truck chase. A tank is bigger than a truck so obviously that was better. Raidershad Nazis but in Crusadehe literally meets Hitler! 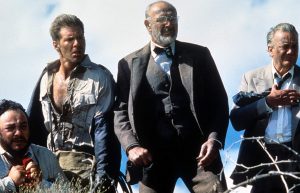 Now I see Last Crusade was trying a little too hard to recapture Raiders after taking a lot of criticism for Temple of Doom. They brought back the Nazis, the desert and Middle Eastern settings, the Christian mythology. Sallah is back but bringing Marcus along on the adventure is a bit too precociously bumbling. 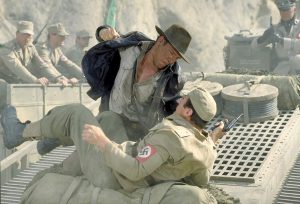 The Last Crusade may have jangled some keys to hold 12-year-old Fred’s attention but Raiders didn’t need any of that. It had exquisitely crafted action scenes in a mythological adventure, with organic humor that didn’t need goofiness. The sound of punches in Indiana Jones movies are the perfect expression of someone getting hit in the face.

I also spent most of my childhood hoping it wouldn’t actually be his last crusade. It was the last of the Holy Grail crusades, not Indy’s last adventure. If you could’ve shown me Crystal Skull in the early ‘90s I would’ve lost my shit with excitement. I still like it. I just wish we’d had a new one every 3-5 years.

All we had in the ‘90s was The Young Indiana Jones Chronicles which disappointed me because it was more of a historical drama than action. And really how could they have done Spielberg action on TV? There was a series of novels that started off really boring but a few of them were fun. There were some computer games that were original adventures and the Lucasarts format was pretty cinematic. There’s no substitute for Spielberg directing Harrison Ford as Indy though.

Temple of Doom is 35 now too and I love the hell out of it. I appreciate that if I were Indian I might not be as forgiving of the racist stereotypes but I don’t believe Indians eat monkey brains or belong to death cults that sacrifice human beings and kidnap children. Stuntmen in brownface is probably unforgiveable too, but when Indy says “Let’s go home. All of us” I still get chills. It feels like Dad is here to save all the kids. 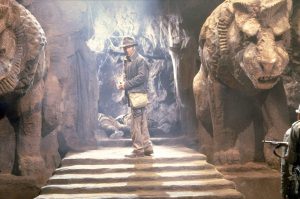 So 30 years ago is when I properly discovered Indiana Jones. I only saw Last Crusade twice in theaters in 1989, but I would watch Raiders and Temple all the time to tide myself over for the eight months it used to take for a movie to come out on VHS. I bought a pan and scan copy of Last Crusade to own. 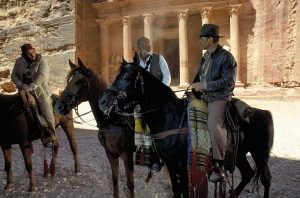 Now I have proper widescreen DVD and Blu-ray copies of all the Indiana Jones films and it’s the first two I watch most often. It was fun revisiting Last Crusade though. These movies feel like summer with their bright, outdoor locations and sense of travel and adventure. 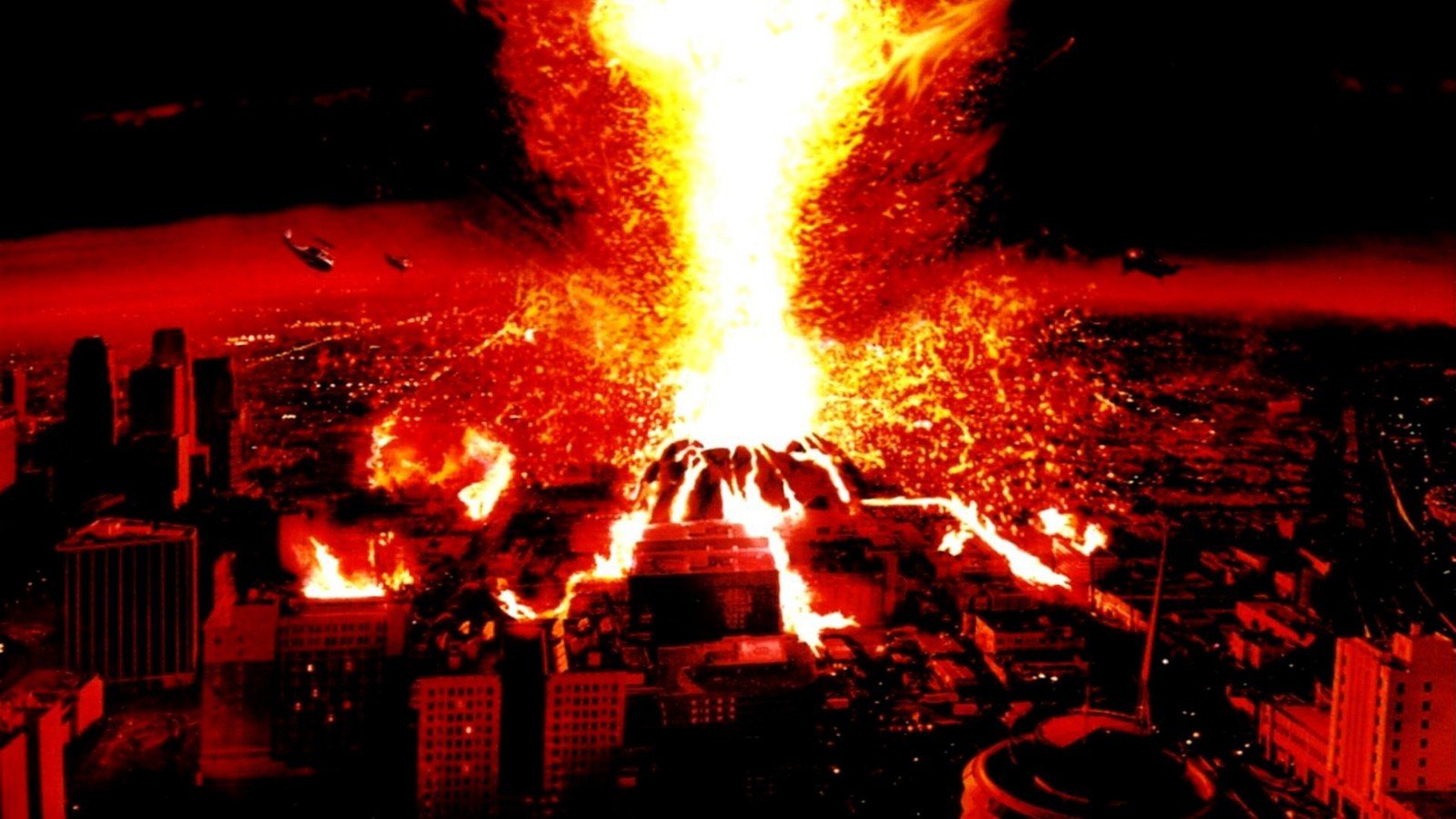