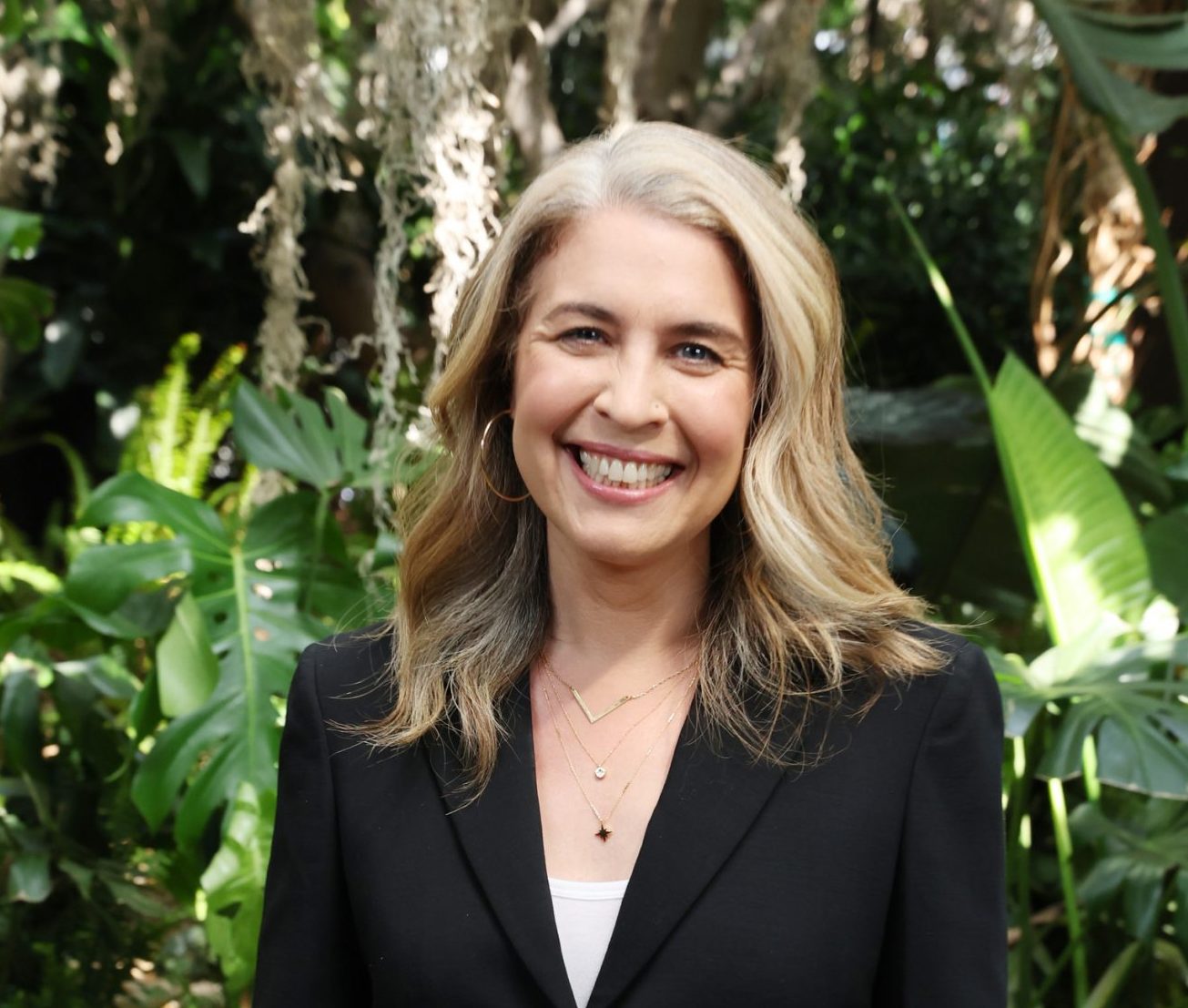 Although there is still a long way to go to bring gender parity to Hollywood, actress/producer Reese Witherspoon is most definitely doing her part. Gender equality in the entertainment industry has been a key mission for Witherspoon for years, and, through her production company, Hello Sunshine, she has attempted to diversify the way women are represented in Hollywood, both behind the camera and on the screen by telling a wide variety of women’s stories, mainly told by women. It’s turned out to not only be a noble cause but a tremendously successful one as well, as Witherspoon’s name has been attached as executive producer on some of the most popular films and television series in recent history, including Wild, Gone Girl, Big Little Lies, The Morning Show, and Little Fires Everywhere.

Sony is hoping that Witherspoon’s magic touch continues with Hello Sunshine’s latest big-screen film, Where the Crawdads Sing, starring Daisy Edgar-Jones and directed by Olivia Newman. A film adaptation of Delia Owens’ best-selling book from 2018, written by Lucy Alibar, Where the Crawdads Sing tells the story of Kya, a young woman who lives in the marshes of the deep South and becomes a suspect in a grisly murder. The film is set in the ’50s and is a sprawling, big-budget, lushly produced epic about time, place, and humanity, set against the backdrop of romance and nature. It also features an original song by Taylor Swift, “Carolina,” written for the film.

Where the Crawdads Sing is director Olivia Newman’s second feature film and her first for a major studio. I recently had the opportunity to sit with Newman to chat about the making of the film, how she approached turning the beloved book into a movie, why she thinks Daisy Edgar-Jones is a massive star, and how vital a role Swift’s song will really play in everyone’s appreciation of the film, and how the film is guaranteed to appeal to everyone, not just women. 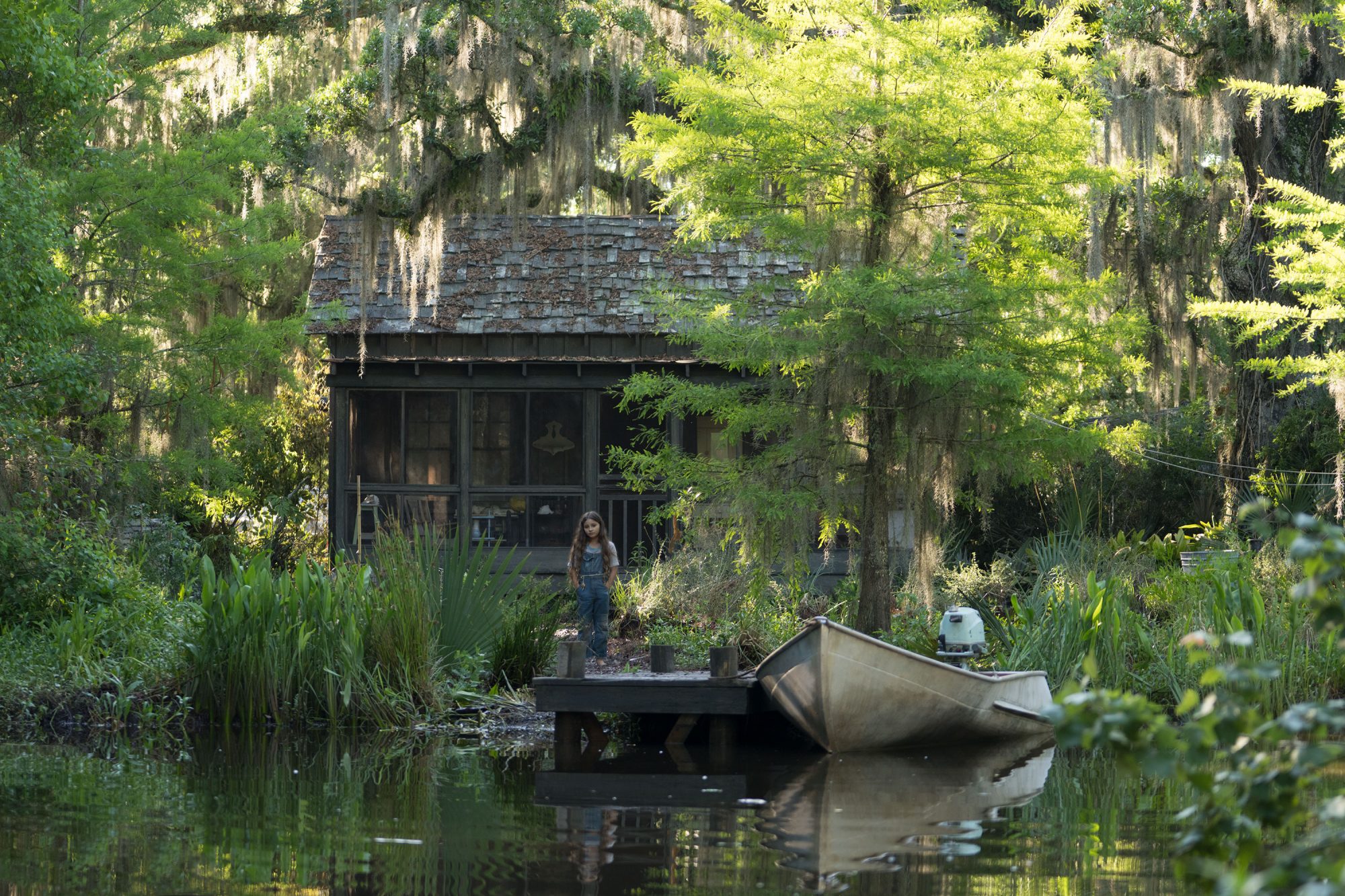 Catherine Springer for WeLiveEntertainment: You’ve mentioned Terrence Malick and Jane Campion were influences for the way you shot this film, and you can see that in this film, but the book is so detailed in its description of nature. The setting is so much more than just another character. It’s the whole world of the book. How do you translate all the textures to film?

Olivia Newman: One of the most incredible parts of the book is Delia’s writing on nature–she’s a naturalist. She’s written all these memoirs. This is her first piece of fiction. And that’s what’s so exciting about the book, how she weaves the two together. So that was our job in making the movie, to ensure that Kya’s relationship to nature and the marsh was clear. But then to also tell a really great captivating story that is a murder mystery. I mean, that’s what the story is. It opens with a dead body. How did this young man die? And was this marsh girl involved in it? But to understand that, you must understand who the marsh girl is. And so, to understand Kya, you have to know how she survived being abandoned as a child to survive alone in the marsh, what that survival looks like, and who she connected with. Part of how she survived was through that found family that she made through these different connections. What she learned from observing nature was intrinsic to her survival and her becoming a naturalist herself and an illustrator. So that was the challenge of the movie, weaving all of those things together. And that was what excited me about getting the job because there’s nothing better than having this incredible landscape as a character in your movie.

I think it was important that everyone involved in the project understood the story we were telling and understood how important it was to tell Kya’s story and put that out in the world. And Polly also had a very deep connection to the book. She grew up; similarly, she spent a lot of time in nature as a child. And, similar to me, she was also the youngest of five. So we had a lot of these commonalities. We also loved all the same filmmakers, we were drawn to all of the same films as references, so it was a sort of a melding of the minds. But I would say that yes, maybe part of the reason she connected as deeply and I connected as deeply is because we could see parts of ourselves in Kya, but I think that goes across all genders. I think everybody who watches it will be able to connect to Kya regardless of who they are. 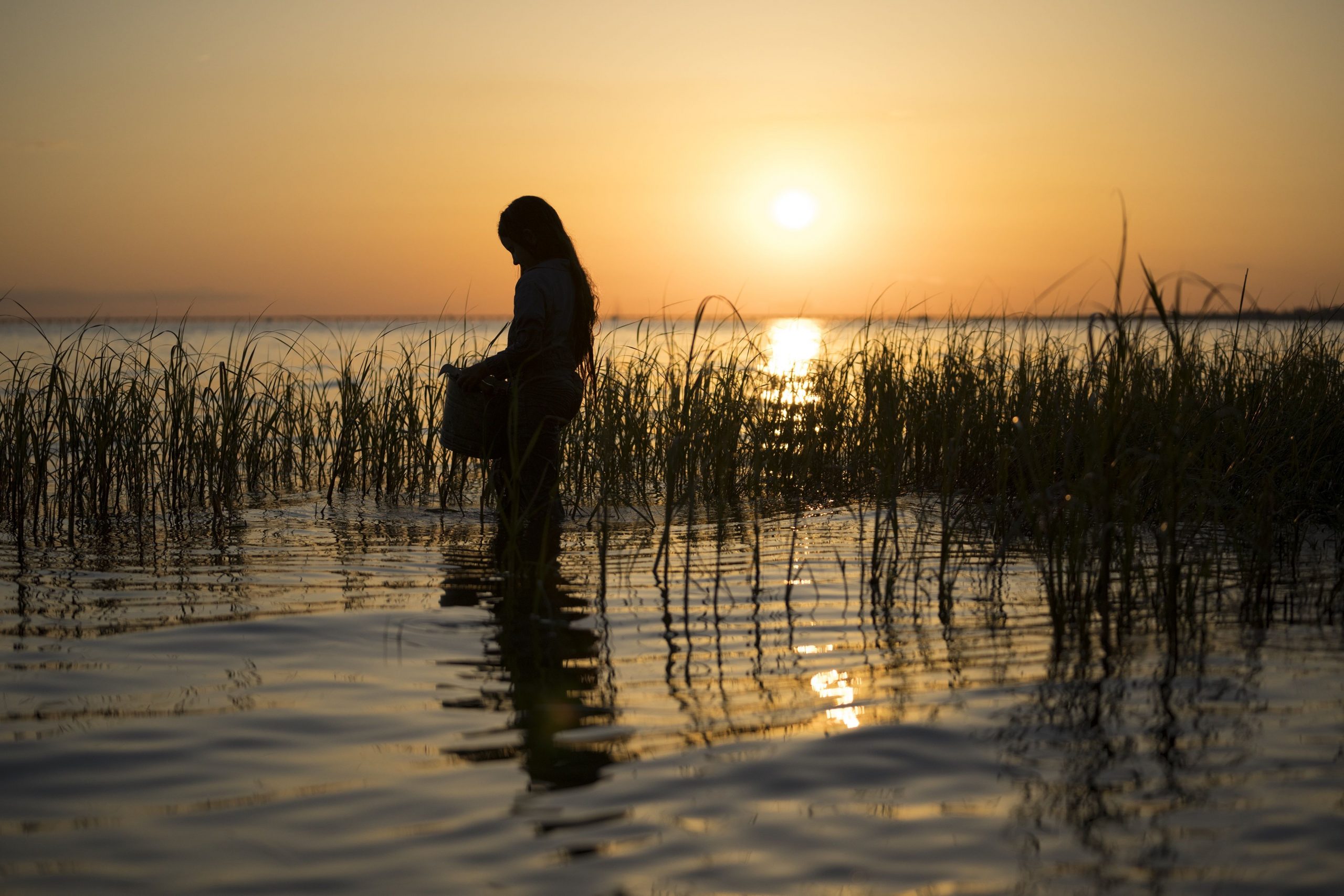 Are you worried at all that it will be labeled a woman’s film?

It’s a universal story. It’s a story in the murder mystery genre that appeals to all kinds of audiences. The murder mystery is the center of it, and then around it is this incredible survivalist tale and a romance and a thriller, so I feel it’s one of those movies that can appeal to a wide swath.

You’ve said that you’re generally attracted towards darker things. Was it more of a challenge for you to hit on the romance and the lighter elements?

No, not at all. I mean, I guess when I say dark, I mean that I’m generally attracted to dramas. It’s interesting because my first movie, First Match, is also about a young woman who’s sort of up against these really challenging circumstances and thrives against all odds, so it’s sort of a common thread. But when I was making the movie, all I wanted was a great romance. I just wanted to be swept up in a great love story, so I got to tap into that as well.

What is the reaction you hope the audience has at the end of the film?

One of the things that I love about the book and what I find to be the greatest endings of movies are the kinds of endings that you leave the theater talking about. When you finish the book, you need to talk about it because of how it ends. I think those are the best endings for books and movies, the kind that makes you sit and grapple with what you just digested. That’s why Taylor’s song is so perfect because it’s the kind of song you want to listen to. You want to sit in that dark movie and listen to the music, which is so totally perfect, and digest the film.

I understand birds are a big part of the book and also in the movie.

Yes. Yeah, there are a lot of birds in this movie!

Was there a challenge in that? How many real birds and how much CGI was there?

Yeah, we had a lot of birds on set. We have a combination of some visual effects and a lot of real animals. And the birds are actually pretty well behaved. But there were some things we had to do with CGI as well. We had a whole second camera unit that would go out into the marsh in their own boat and get us as much B roll footage as they could, so there’s a lot of that gorgeous B-roll footage that our B camera operator Grayson shot.

What did you particularly bring to the project that was uniquely your vision that maybe wasn’t in the book?

The challenge of any adaptation is that there’s so much more in the book than you can fit into the movie. And one of the things that really struck me when I read the book, and thought about what the best version movie version of it was, was a slight structural change. In the book, you have two timelines, the present, and the past. Currently, you’re following an investigation, and you’re mostly spending time with the Sheriff, the deputy, and other characters. And in the past, you were with Kya, and I just thought, I want to be with her always. I don’t ever want to leave her. And I want her to be our anchor, and I want to see this story told mainly through Kya’s eyes. In the book, you get many different characters’ viewpoints. So I think, to understand the story, we had to really connect with Kya emotionally, and so, being able to be inside her point of view as much as possible was very important to me. So, structurally, I have her on trial from the beginning instead of waiting until the end. So anytime you’re in the present, you’re with her on trial, and anytime you’re in the past, you’re with her in the marsh. So that would be the big change. And that’s why the casting was so important because she’s the anchor.

Yes. We would have no movie if we didn’t have the absolute best Kya and, you know, Daisy is literally a director’s dream. There’s literally nothing that Daisy can’t do. She’s a massive star, and she’s also just an incredible human being. She’s just wonderful to work with. She’s so committed to the work. She wants to flex every muscle and try every different kind of character. She doesn’t want to be limited in any way. And she’s constantly wanting to grow, so, yeah, she’s a dream.

What are you doing next?

I’m actually a week away from beginning production on a limited series, another Hello Sunshine production. It’s another best-selling book adaptation. I must be a glutton for punishment. It’s a show called The Last Thing He Told Me for AppleTV.

And are you joining Reese’s mission to continue creating more opportunities for women?

Oh, yeah, I mean, on my first movie as well, I had all women heads of departments. It’s something I want, not just for women but for all minorities.

This interview has been edited for brevity and content.

Where the Crawdads Sing opens July 15, only in theaters. 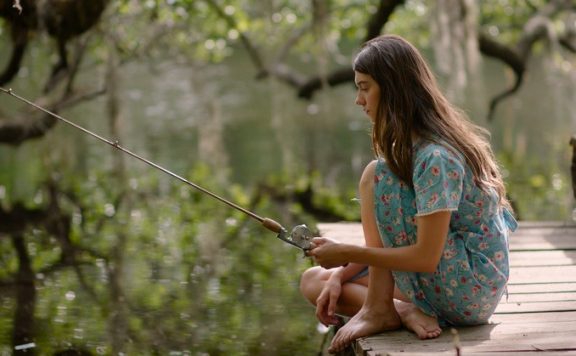 A woman who raised herself in the marshes of the deep South becomes a suspect in the murder of a man she was once involved with.
0
Average User Rating
0 votes
Please sign in to rate.
Film:Where the Crawdads Sing
Cast:Daisy Edgar-Jones, David Strathairn, Garret Dillahunt, Harris Dickinson, Taylor John Smith
Director(s):Olivia Newman
Writer(s):Delia Owens, Lucy Alibar
Genre:Mystery, Romance, Thriller
Studio(s):Sony Pictures
MPAA Rating:PG-13