On a Horror Thursday in December I reviewed the comedy horror movie “Caesar & Otto’s Deadly Xmas”. “Deadly Xmas” is about Caesar and his half brother Otto who get a job as Santa and an elf during the holiday season. A fellow store Santa with a taste for murder uses a list of Caesar’s party guests as his check list for his next batch of victims. I recently had a chance to ask the director, writer and star of the film Dave Campfield a few questions about his latest movie.

Deadly Xmas is your 5th Caesar & Otto film. Where did you get your idea for these two characters?

Paul Chomicki (Otto) has been my friend for years. We’ve actually known each other since High School. He was my older brother’s friend, and I was this young kid who loved movies every bit as much as he did. We were both aspiring actors and filmmakers who made a lot of shorts playing an array of characters. Among the shorts was “Caesar and Otto”. Something about the characters clicked, and we’ve been playing them ever since.

Did you always intend to have a series with these characters, or did it grow into something you didn’t expect?

I honestly didn’t think I’d take it this far. It started as a series of sketches Paul and I shot on a camcorder in the early 2000s. It evolved into a $700 budgeted feature film simply titled Caesar and Otto. In 2009, Camp Motion Pictures asked if I’d produce a super low budget comedy/horror for them, I suggested throwing Caesar and Otto into a horror, ala Abbott and Costello Meet Frankenstein and the Simpsons ‘Treehouse of Horror.. . I conjured a script one in a month and they immediately green lit “Caesar and Otto’s Summer Camp Massacre”. From there it’s just snowballed.

Will we be seeing Caesar & Otto again?

Quite likely. I have a 10 page treatment already written for Caesar & Otto’s Paranormal Halloween. So long as I know there’s an audience for it, I’ll be eager to get started. Have MANY more ideas for future comedy/horror sequels.

Deadly Xmas has a number of cameos from a number of classic B-horror film actors. What did you like best about working with these icons?

No one refused to say lines or gave me a hard time about ANYTHING. Seriously. And I had them do some truly off the wall things. For crying out loud, I had Dr. Pheel, feel up Joe Estevez’s leg, and had Robert Z’dar pretending he’s living in a nursing home. No one complained! They dove in head first.

Deadly Xmas is a hilarious movie. What where your comedic influences when writing the script?

As a duo, the inspiration for these characters are obviously comedy teams like Abbott and Costello, Felix and Oscar, Lloyd and Harry, and the three stooges. Also throw a little but of Monty Python in the mix for good measure. Caesar himself, however, is in part based on some actors I auditioned in the past. I met one actor who personally I found very cordial and likable, but when the audition started, he stopped being a real human being and started being an “ACTOR”! Couple that personality type with a young William Shatner, Norma Desmond, and you’re got Caesar.

Christmas is a popular theme in the genre. What do you think inspires the creation of so many Christmas horror films?

If it’s a holiday, Hollywood will make horror films out of it. Simple as that.

What would you say is the biggest challenge that you have faced as an independent filmmaker?

Compromise. Many things go wrong on a film set. Especially one of this budget. Equipment won’t work, an effect will malfunction, an actor can’t make it, all while the clock ticks down. And since I’m only out in Los Angeles for a stretch of 2 weeks to shoot these movies, there’s no opportunities for reshoots. As a result I find myself constantly retooling the script on set to work around these problems. Truth is, if I didn’t learn to compromise, these movies wouldn’t exist.

We appreciate Dave Campfield taking time to answer our questions. 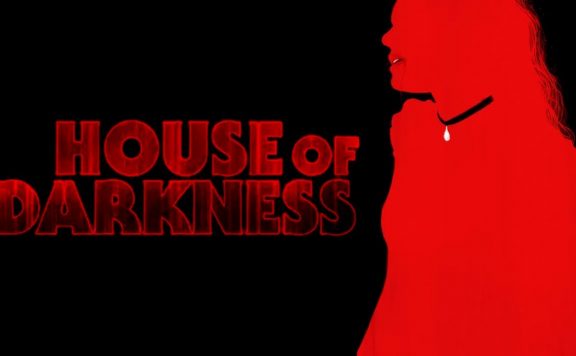 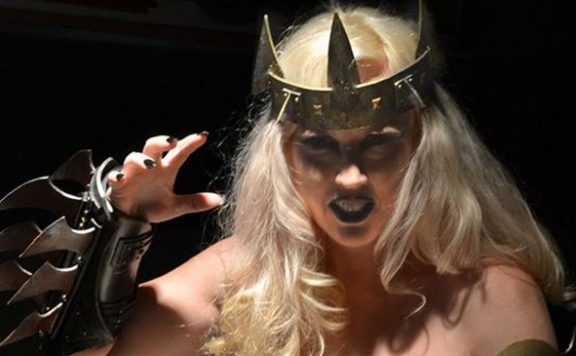