We Live Entertainment recently had the pleasure of attending a virtual press conference for Vacation Friends, along with other members of the press, which featured John Cena and Lil Rel Howery. Cena and Howery both began by talking about the characters they play in the movie. “I think as performers, we always try to take either an extension of ourselves or possibly the opposite of our personality,” Cena explained. “Now, if you see Ron and you see me, Ron’s probably not going to wear a waistcoat and a half Winsor. But I think the characteristics that I find in Ron is the ability to be present, the ability to be in the now, and the ability to enjoy the journey of life. I think he’s very emotionally connected to who he is. He’s not ashamed to be who he is. He certainly is the captain of the ship when it comes to having a good time.”

“What I like about Marcus, and I think what makes him interesting, is that he’s a dude that has his own business,” Howery added. “You know, he owns a construction company. He’s got all these amazing things. But he hasn’t really let his hair down for real, and because he meets this couple, it helps him to let his hair down. I like playing really irritated people, just irritated by random stuff. I love his facial reactions to what somebody’s saying and what’s happening. Because once you are in a boss position like he is, you’re easily irritated. So, he’s paying attention to everything because he has to. What you’re going to see throughout the movie is just him loosening up, and that’s what made Marcus really dope. But he ends up letting his hair down a little bit. He’s a stiff guy, and this vacation changes everything.” 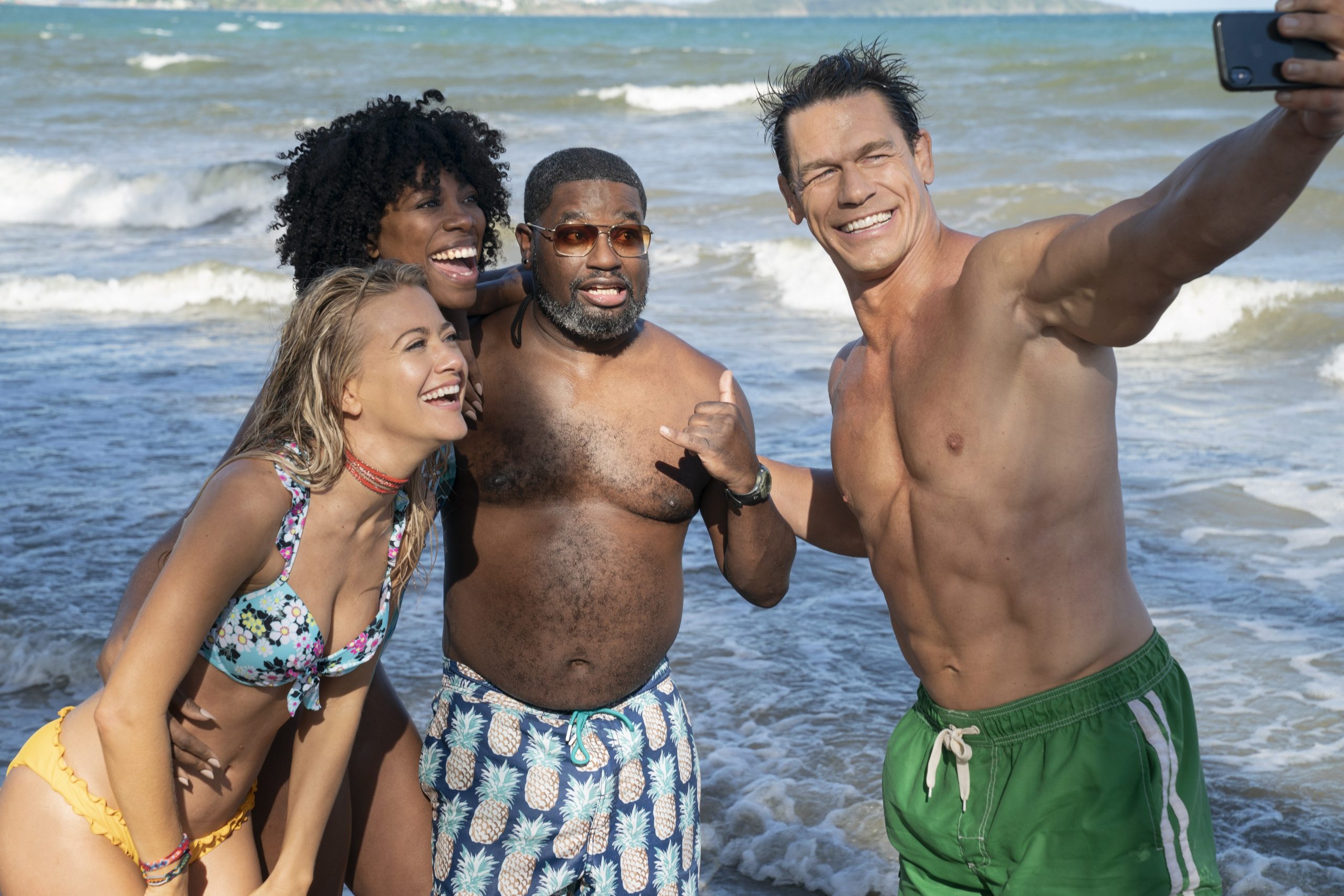 In addition to comedy, Cena’s role in the film requires the actor to show off a lot of emotion, and he discussed which was more difficult to achieve. “I think both were quite easy because I’m surrounded by successful, wonderful comedians,” Cena explained. “So, literally, I just kind of have to sit there and let them be themselves. We all did have a really cool connection on set, and the time spent in Puerto Rico was literally like a vacation. We were in these beautiful vistas and beautiful landscapes, and a lot of it was still only partially inhabited because Puerto Rico’s still going through their rebuilding process. So, it was kind of just us hanging out, and then the pandemic happened, and we shut down.”

“We were one of the first productions to go back to work,” Cena continued. “Then we had those bonding moments of, what have you been doing for the last how many months?  So, we really did get to connect. I was surrounded by people who are funny, and that’s what they do, so that stuff was easy. We had a genuine time to connect as people and learn about each other and learn each other’s stories off camera. I think that helped the chemistry on camera. So, that’s why I really hope people enjoy the movie and laugh along with us. It was really fun to do. We challenged each other to bring the best out of each other. The vibe on set was really good, and it was really fun to make.”

Cena and Howery clearly got along well on set and have great chemistry in the film, and both actors discussed the chances of working together again in the future. “I mean, me and John were on a boat, and he was just talking about wrestling, and I was talking about comedy,” Howery said. “I’m a big wrestling fan too. So, he really loves what he does. I think just working with somebody else that loves what they do and is so passionate about it, it made it easy for us to play. Then, I love the fact that John was open to trying things, having fun with it. Even if it was the silliest thing, he did it.  So, hopefully, we can be the next Gene Wilder and Richard Pryor.” 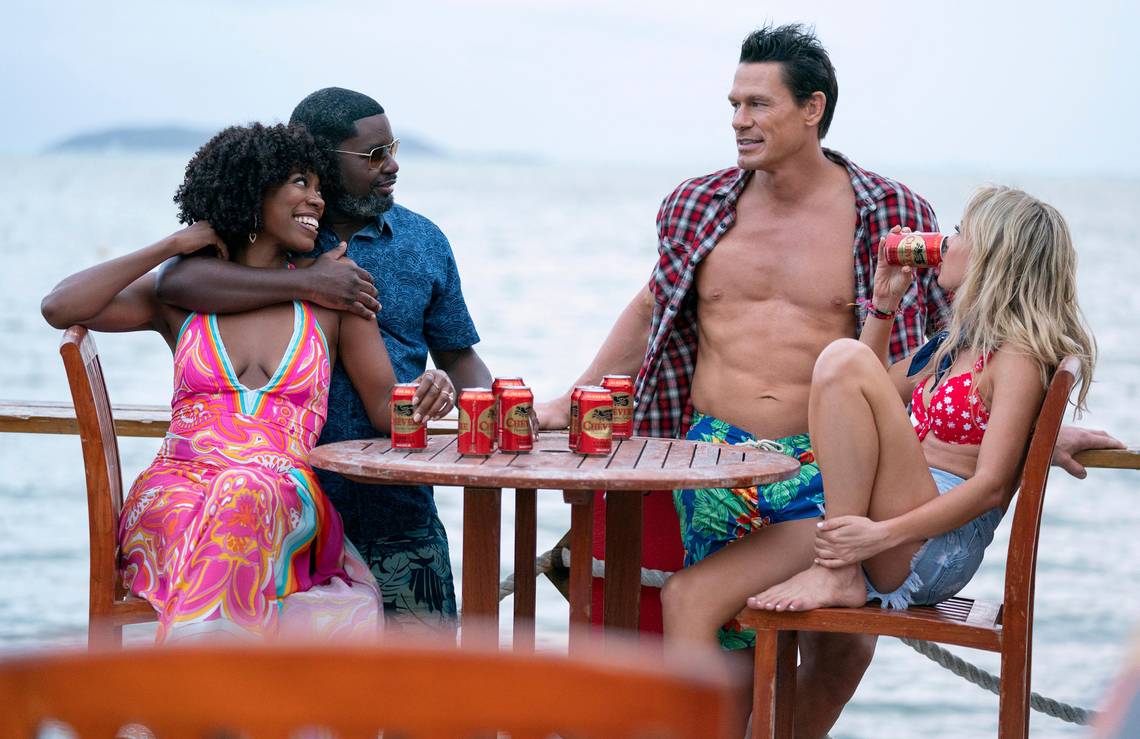 “I really do hope so,” added Cena. “I think initially it started with a professional respect that we have for each other, and certainly both of us were excited about the script and wanted to do the film. The words and the comedy were on the page, and we just got to lean into it and what we wanted to show. I had a blast, and I’d love to do it again.”

Finally, Cena and Howery talked about what they hope audiences will take away from this film. “I think because of the way everything is going on in the world, it’s like another escape,” explained Howery. “I think audiences are going enjoy just seeing this. It’s almost a blueprint of what fun is. This movie is so funny!  More than anything, one of the things I think most comedies are missing is just being straight-up funny. This is just really a straight-up funny movie, and laughter is so important right now. I think laughter is just good for the soul. I think people are really going to enjoy this movie.”

“We’ve all had to modify what vacation means to us,” Cena added. “But unless you’re a very young audience, who’s not going to see this film, I think all of us know what vacation means. All of us remember our vacation moments and people we may have met on vacation. I think that’s what’s important about this film. I hope audiences are entertained, and they laugh. That’s what I hope they take away. If they want to get anything else, that’s great. But I hope they’re entertained, and they laugh. I just think our subject matter is so relatable and so desperately needed right now, especially with people having to come up with different vacations and alternate plans yet again. Here we are, eighteen months into a changing world. I think it’s going to be good for people to just sit down and enjoy a film that might make them remember a moment of their life, smile a little bit, and laugh a little bit.” 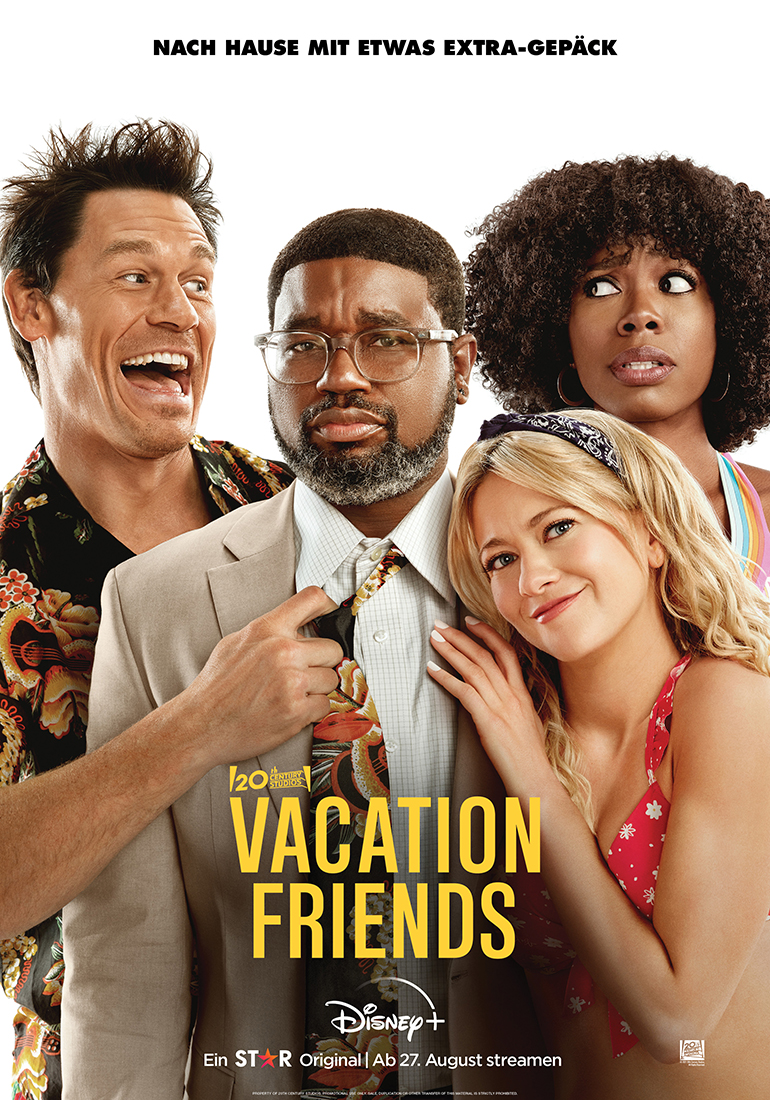 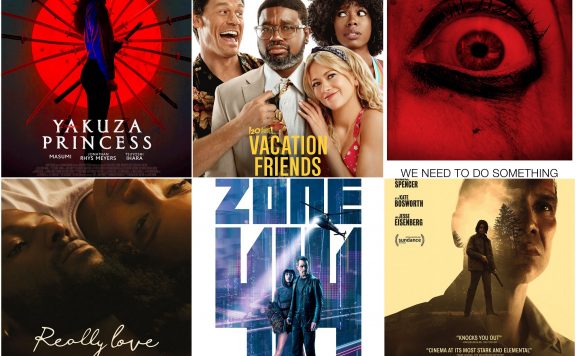 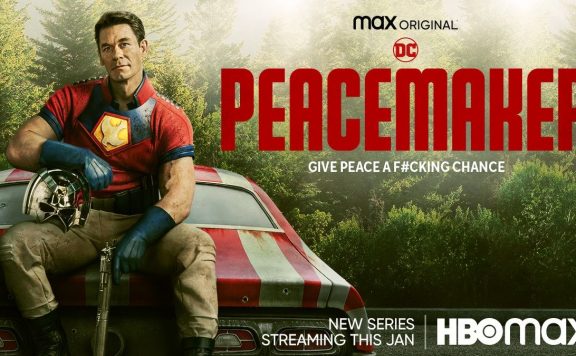