Interview: Luke Evans on Professor Marston and the Wonder Women

Professor Marston and the Wonder Women premiered at the 2017 Toronto International Film Festival. I was lucky enough to see the film at the festival and out of the 40 films that I saw which played there, Professor Marston and the Wonder Women was my favorite film of the festival. While I was at TIFF, I was offered the opportunity to sit down with Angela Robinson, Luke Evans, and Bella Heathcote to talk about this amazing film. This is my interview with Luke Evans who portrays Dr. William Moulton Marston in the film.

Scott Menzel: Congratulations, Luke, on another great performance. This is your third time, right, in three years that you’ve been at TIFF?

Scott Menzel: How has the experience changed over those three years? Are you still nervous when you come?

Luke Evans: No, no. It’s weird. I don’t feel nervous about releasing a movie. It’s a funny feeling. It’s like having a baby and then giving it away to the nursery for the first time, you know? You’re like, “Okay, you have to go do it yourself now, you know?” Every job you do, you put your heart and soul into it, and this one really was just a passion project for all of us, I feel. Having the writer and the director as the same person, Angela’s lived with that story for almost a decade. She brought to it, to the set, so much passion and love and care and attention to the characters, but also to the story overall.

We put a lot into it. We didn’t have a huge amount of time to shoot it. It was quick, and we had a lot to get through. It’s a huge story which goes over almost 20 years, so it was powerful stuff, but we all threw ourselves into it and luckily the dynamic between the three main characters, we naturally had it, and I’m just so glad because, without that, I think it wouldn’t have been the powerful story that it is now. 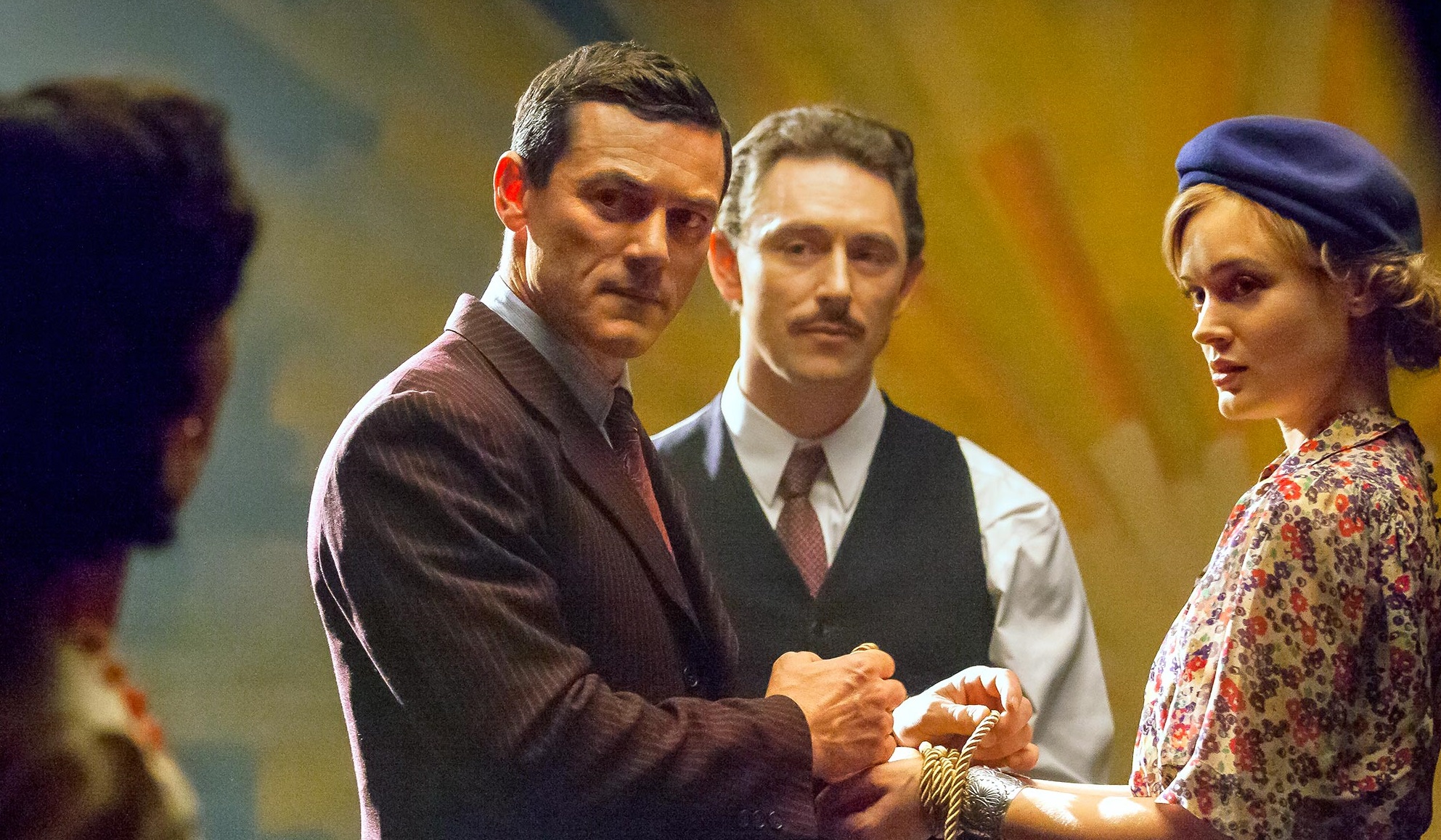 Scott Menzel: What was it exactly about this movie that spoke to you, and did you know about this story prior to meeting for the role?

Luke Evans: Yeah, no, I didn’t know anything about the origins of Wonder Woman. I knew nothing really, so the whole script was just a complete illumination on this 1930s, 1940s Harvard professor who, first of all, invented the lie detector test, and then went on to create Wonder Woman. I mean, the same person. Just like, people keeping asking me, they’re like, “Really? Is that really true?” And I’m like, “Yes, it’s true, yeah. Wikipedia it.”

Scott Menzel: Yeah. I found this movie to be so incredible on so many levels, but really the chemistry of all three of you guys…

Scott Menzel: It’s the heart and soul of this movie. Is there something that you did to make that work?

Luke Evans: Not really. I mean, it was a low-budget movie so we were in the middle of nowhere in this crappy little motel. We’d spend every evening together. We’d have lunch together. We’d chat. We found a common chemistry just being Rebecca, Luke, and Bella, so that when we had to do the scenes, which were sort of risque, you know, it was actually very natural. We were there to support each other, and I think Elizabeth, Olive, and William had to support each other because they were shunned from their existence when they met. He lost his job. He wasn’t a Harvard professor anymore. They struggled with money. They had to move to a different part of the country. They kept their lives private and quiet. They lied to their neighbors, you know.

They had each other, and so we had to present this unit, this really strong, close-knit tripod, as it was. Without one of the legs it would have fallen over, but they were together and I guess Rebecca, Bella, and myself, we all felt that we needed to present that more than anything else in the film, is that this was a pure love that wouldn’t be broken.

Scott Menzel: Well, thank you very much. Really appreciate this interview. Congratulations once again on the film.

Luke Evans: Thank you very much.

Professor Marston and the Wonder Women opens in theaters October 13, 2017