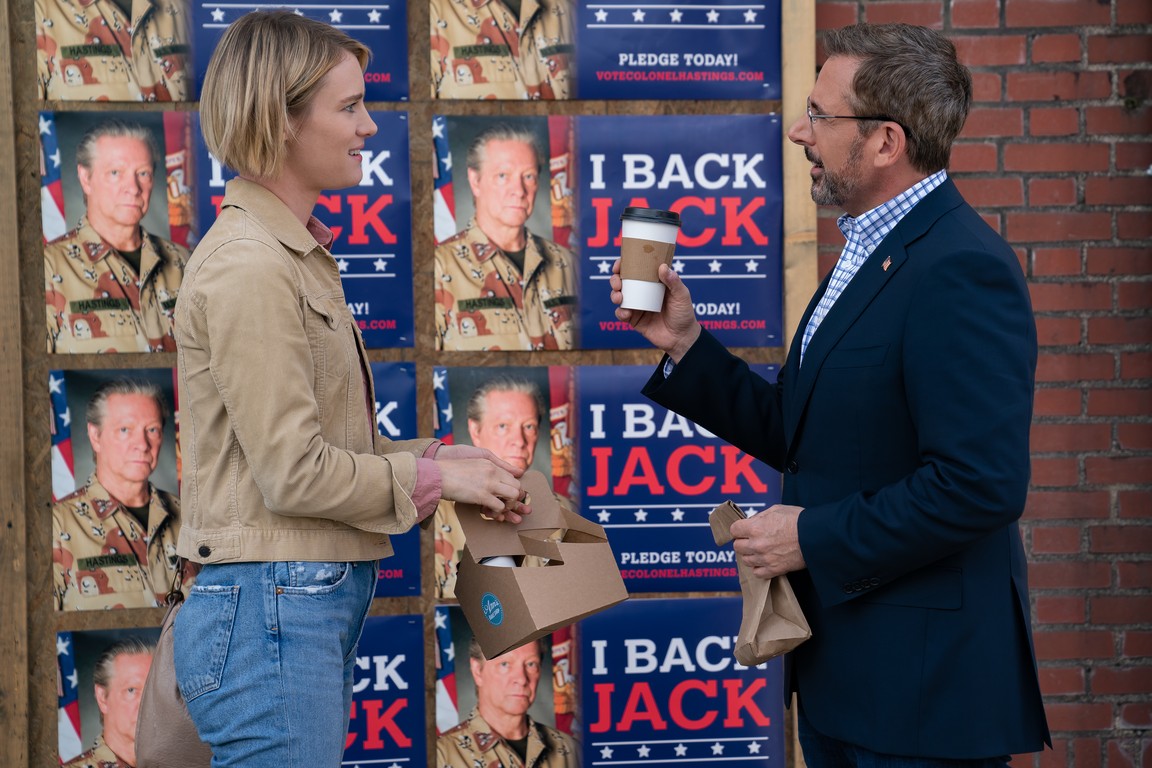 Irresistible the latest political comedy from writer/director Jon Stewart. The film which was released by Focus Features is now playing in select drive-ins across the country and can also be rented on several popular streaming platforms such as FandangoNow and Amazon Prime Video for $19.99. Irresistible follows Democratic campaigner Gary Zimmer (Steve Carell) who after losing the 2016 election is looking for a comeback in the small town of Deerlaken, Wisconsin.

About three weeks ago, I had the opportunity to interview three members of the Irresistible cast including Chris Cooper and Mackenzie Davis. Chris Cooper plays Marine Colonel Jack Hastings and Mackenzie Davis plays his daughter Diana. The two actors are great in the film which is why I was very happy to be able to chat with them via a virtual interview about the film and what they learned from working with Jon Stewart. In addition, Chris Cooper spoke about his take on corruption in politics and how it has been around for a very long time. You can watch my interview with Chris and Mackenzie below.

If you are looking for my review of the film, it can be found here along with my interview with Rose Byrne. Irresistible is a smart political comedy that serves as a satire to our political system as well as a wake-up call to all Americans about how much corruption is going on in politics today. Be sure to check it out especially if you consider yourself a political junkie.