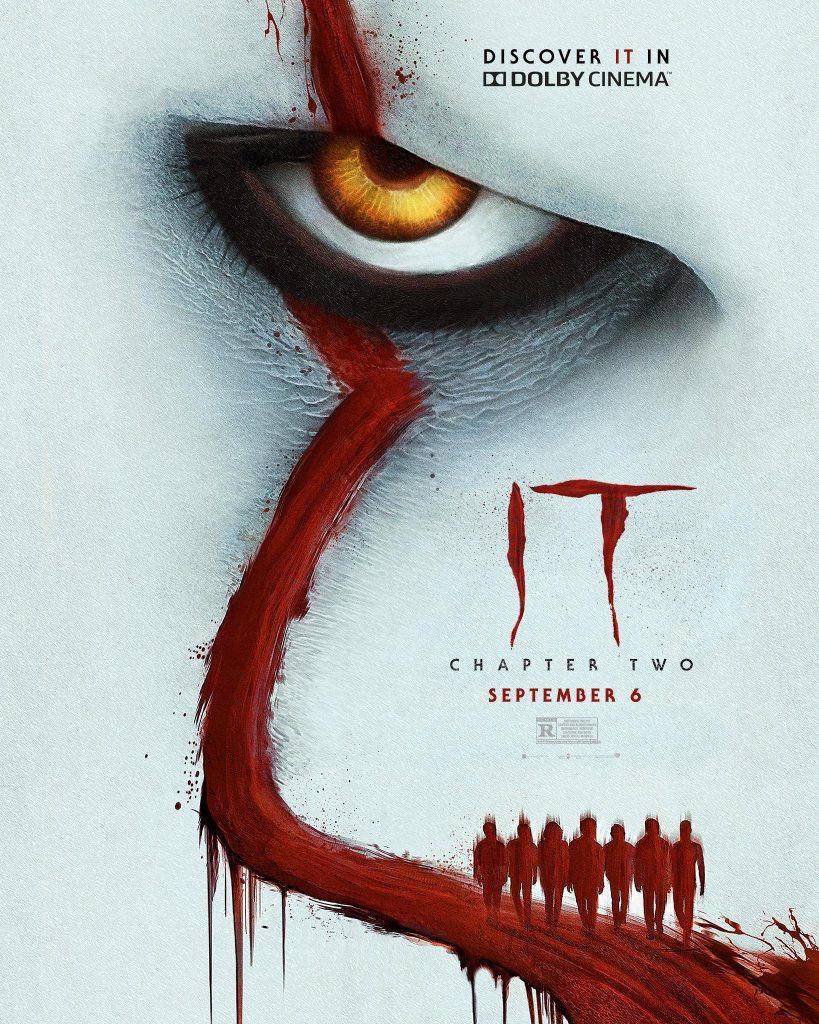 Did you love It? It sure made an impact upon release in 2017, spawning a whole new generation of Pennywise fans and becoming the highest-grossing horror film of all time. I liked the film a lot, but I still favor the 1987 novel (and the now-dated 1990 miniseries holds a special nostalgic place in my heart too). I’ve always preferred the adults’ side of the story, so I was especially looking forward to It Chapter Two.

It Chapter Two picks up the story two decades later and completes the big-screen adaptation of King’s classic story of a soul-eating shapeshifter who comes out to feed on Derry’s children every 27 years. While the book and miniseries interwove two timelines, the movies have divided them, with the story of the Losers Club and their childhood fight against the evil clown being the focus of It, while It Chapter Two features the adult versions of those characters when they reunite to vanquish Pennywise one more time. 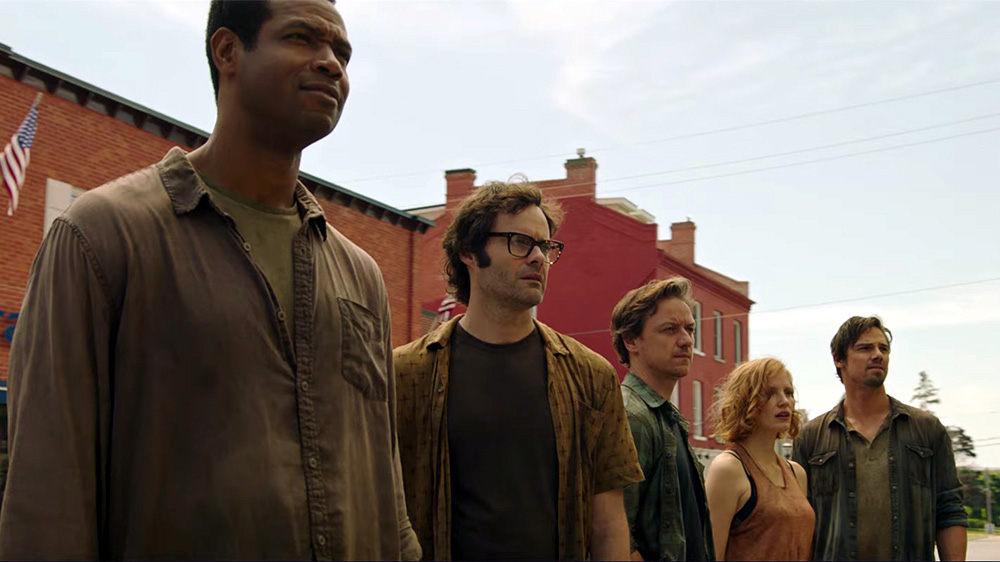 At least, that’s what we were promised and that’s what I expected… unfortunately, the sequel spends half its time on childhood flashbacks rather than focusing on the adult characters and letting them speak and evolve for themselves. And half the time is a lot: this movie is an unnecessarily long at 2 hours and 45 minutes.

It Chapter Two skips around in time so much that unless the core Loser’s Club characters are onscreen, it’s hard to keep track of who’s who and what’s going on. The only constant is Pennywise and while actor Bill Skarsgård doesn’t have quite as much to do here as he did in It, what he does do is excellent: chilling yet at times also sympathy-inducing. He speaks volumes with just his eyes. And of course, Pennywise is as vicious as ever with his piranha-like razor teeth and his cruel, cunning tricks. 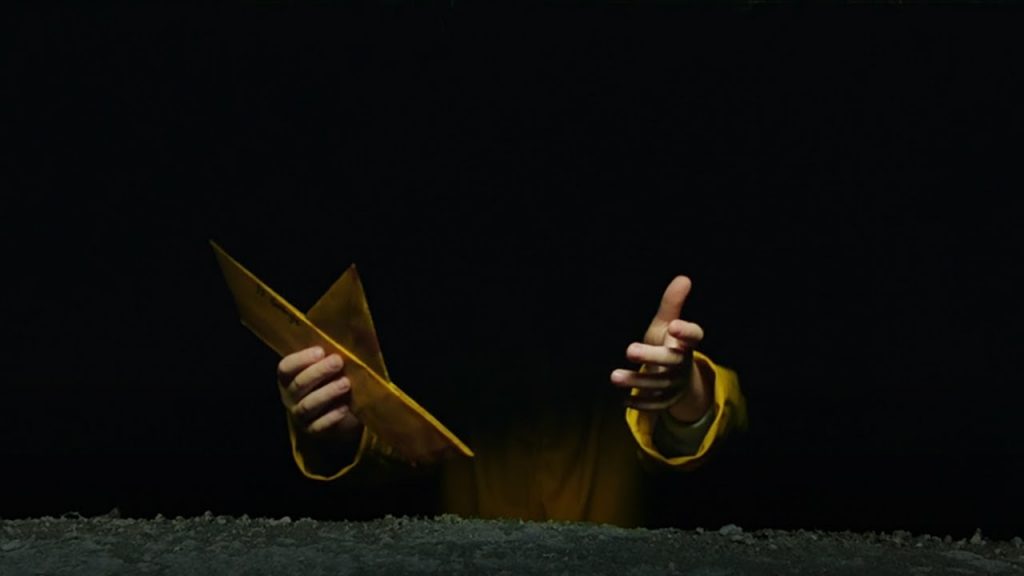 The cast is solid. I liked the adult versions of The Losers Club; I just wish there’d been more time spent on them. Jessica Chastain is the heart and soul as Beverly Marsh, while James McAvoy and Jay Ryan carry through on carrying their torches for her even as the grown-up Bill and Ben. I liked all of them, but Bill Hader steals the show as the wise-cracking, cynical Richie. However, I do feel strongly that most of of the jokes, potty humor, one-liners, and quips—not just from Richie, but all of the characters—felt forced and totally negated any sense of horror and suspense. If the movie were a comedy like the something out the of Scary Movie franchise, then it would have been okay but the script is an unfocused dramedythrillerhorrormystery mess. Picture an overstuffed clown-car and you’ll have an accurate analogy for what’s going on in It Chapter Two.

When it comes to the meat of the story—the horror we’re all really here to see—It Chapter Two does have its remarkable moments. The best scenarios are the restrained ones. Those are few and far between, though: mostly, the filmmakers rely on the giant (literally and figuratively) set pieces saturated in CG to provide the scares. One of my favorite scenes starts off subtly, showing adult Beverly going back to visit the modest apartment where she grew up and suffered abuse at the groping hands of her sicko dad. She’s nervous to return, but it’s something she must do. 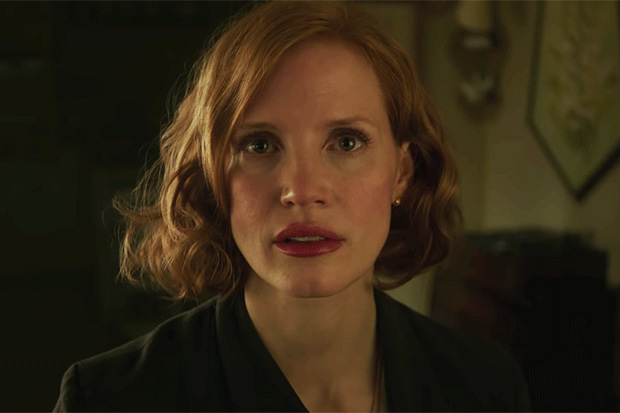 Facing fears is a biggie in the It universe. Beverly knocks on the door and is surprised to see someone else living there. She’s informed that her father died years ago. In spite of her trepidation, she goes inside when invited by the current resident, a kind old woman. Mrs. Kersch (Joan Gregson) does a few creepy things just outside of Beverly’s peripheral vision and these moments are incredibly effective… hair-raising, even. But when the elderly tenant turns into a gigantic, cartoony monster with bulging eyes and pendulous breasts, everything goes out the window.

If you liked the first film, of course you are going to want to see It Chapter Two to decide for yourself. And I encourage you to do that—after all, some critics really love it—but if it doesn’t float your boat, don’t say I didn’t warn you.

Did you love It? It sure made an impact upon release in 2017, spawning a whole new generation of Pennywise fans and becoming the highest-grossing horror film of all time. I liked the film a lot, but I still favor the 1987 novel (and the...
0
Average User Rating
0 votes
Please sign in to rate.
Cast:Bill Hader, Bill Skarsgård, Jessica Chastain
Director(s):Andy Muschietti
Writer(s):Gary Dauberman
Genre:Horror