When I can take my grandson to a film, I am one happy gal and when I can include my now two-year-old granddaughter too, I’m thrilled. While some might think Jack the Giant Slayer a bit heady for a toddler, I thought I’d give it a try. My grandson loved it and the little one watched happily munching popcorn, wearing her her tiny 3D glasses and sipping water from a straw while perched in her booster seat. Then she napped – even with all the noisy goings on blasting from the screen. The last twenty minutes however gave me a bit of trouble, when she started wiggling and wriggling and yes, becoming bored. But amidst all of that, I truly enjoyed them, and as a result, the film – an action-packed, stunningly rendered version of the vintage bedtime story and I am guessing so will almost anyone above the age of five.

Jack (Nicholas Hoult), an orphan, living with his farmer uncle, trades their last horse for a bunch of beans from a monk who is being chased by the king’s soldiers, lead by Elmont (Ewan McGreggor). Little does Jack know, but the beans are magic and the king’s right-hand man, Rodrick, played irrepressibly by Stanley Tucci, wants those beans and the keys to the kingdom. The king’s daughter, Isabelle (Eleanor Tomlinson), who longs to seek adventure, is betrothed to Rodrick, so she runs away, stumbling upon Jack and his magic beans. Once such bean, fed by rain, shoots up into the sky, taking Jack’s uncle’s rickety farm house and them with it, connecting the land of the giants with the land of humans, where we get some fee fie fo fum, a golden egg, a little bone crunching and a great many giants. Jack falls from the beanstalk, before he can save Isabelle and soon joins forces with all the king’s men to bring the princess home, but Rodrick has other plans.

Visually the film hits all the marks and the action sequences are stunning, even in unnecessary 3D. I did enjoyed glancing over at the tiny tot sitting next to me in those silly glasses, but when mine were off occasionally, I saw little notable difference, except a bit of blur. The giants are substantially gigantic and equally gross and lumbering, and all the while not too unpleasant or fearsome. The story is fast-paced, never too violent and not at all frightening according to my guests, making me wonder about the 13 in the rating. I suppose some little tikes might find it a bit scary, but a film so obviously geared to an eight-year-old’s sensibilities shouldn’t be rated PG-13.

While there is nothing overtly special about the leads, other than good looks and decent acting, Hoult and Tomlinson do just fine. But it is the supporting cast that shines. Tucci never ceases to impress me with his wide and varied choices in characters and he offers all the necessary sneers to make him a highlight and to earn him audience chuckles and jeers. Handsome McGreggor, too, creates a delightful and witty character in his Knight Elmont. In fact, I would have liked the whole affair a great deal less without them in it.
“Jack the Giant Slayer” won’t disappoint kids, especially boys and for the most part, has a good deal to keep their parents engaged too, more than one might expect from a bedtime story, and it runs a smooth and even pace. Its commendable cast and amusing and imaginative script (co-written by Christopher McQuarrie) and quality direction from Bryan Singer make it a fun family film. I am giving it a grade of B-. While it played a bit too long for the younger, the elder grandchild loved it! 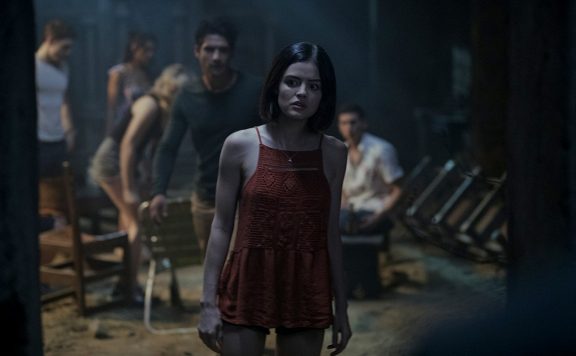 When I can take my grandson to a film, I am one happy gal and when I can include my now two-year-old granddaughter too, I'm thrilled. While some might think Jack the Giant Slayer a bit heady for a toddler, I thought I'd give it a try. My ...
0
Average User Rating
0 votes
Please sign in to rate.