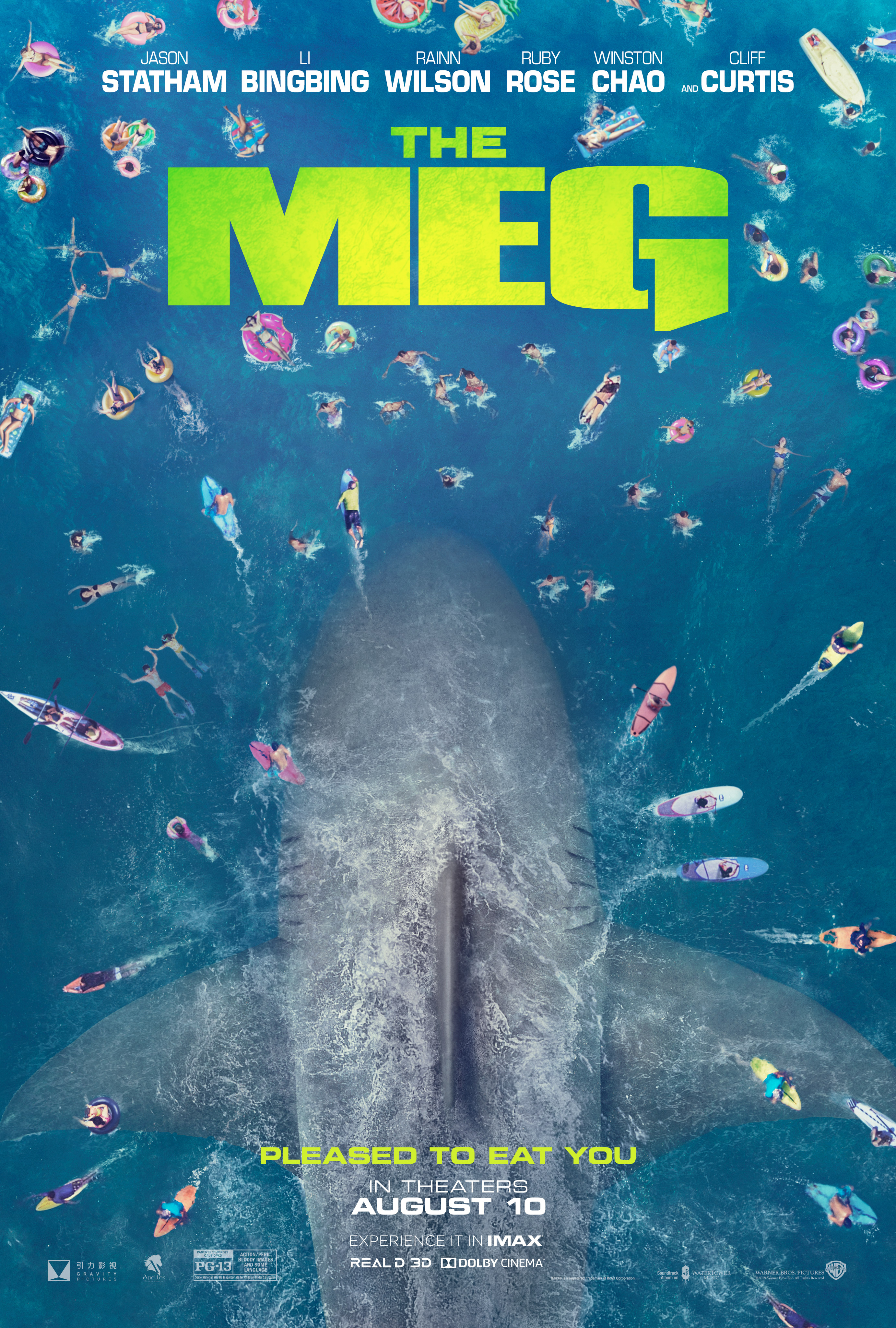 Leave it up to Warner Brothers to release two big budget B movies in 2018. The first is Brad Peyton’s Rampage which opens in theaters this Friday, April 13 and the second is Jon Turteltaub’s The Meg which opens on August 10th.

While attending the Rampage press conference late last week, I was invited to get an early sneak peek at the Meg trailer in 4DX which was a ton of fun and is totally fitting to a film like this one.

If you haven’t seen a film in 4DX, I highly recommend you do so. The first film that I ever saw in 4DX was San Andreas and I had a blast. Seeing a film in 4DX is an immersive experience and seeing San Andreas in 4DX was a truly unique movie-going experience because I felt as though I was in the film. There are a wide array of effects that occur throughout the film including air, water, and various smells that adds to the fun of the film and makes seeing a film a sensory experience.

When I watched the trailer for The Meg in 4DX, I could tell that seeing the full film in this format isn’t just going to be a ton of fun but will make for one hell of a cinematic experience.

The idea of Jason Statham fighting a giant shark is something that seems like the next step in the evolution of outrageous shark movies. Most people have a love and fear of sharks and having a fun big-budget film about a huge Megalodon shark seems like a lot of fun. The Sharknado film craze proved that shark movies were back and in demand. The box office success of The Shallows and 47 Meters Down has continued to prove that summertime is the perfect time to release films about sharks and hopefully The Meg will continue that trend.

Below is more about the Meg from the official Warner Brothers press release:

A deep-sea submersible—part of an international undersea observation program—has been attacked by a massive creature, previously thought to be extinct, and now lies disabled at the bottom of the deepest trench in the Pacific…with its crew trapped inside.  With time running out, expert deep-sea rescue diver Jonas Taylor (Jason Statham) is recruited by a visionary Chinese oceanographer (Winston Chao), against the wishes of his daughter Suyin (Li Bingbing), to save the crew—and the ocean itself—from this unstoppable threat: a pre-historic 75-foot-long shark known as the Megalodon.  What no one could have imagined is that years before, Taylor had encountered this same terrifying creature.  Now, teamed with Suyin, he must confront his fears and risk his own life to save everyone trapped below 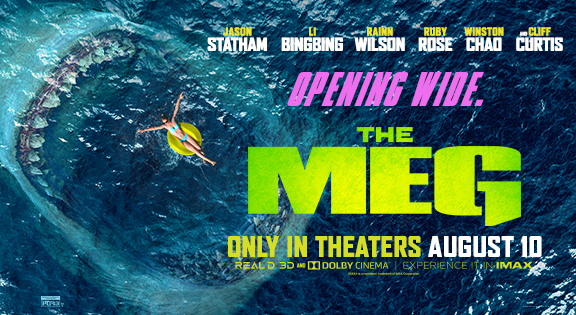