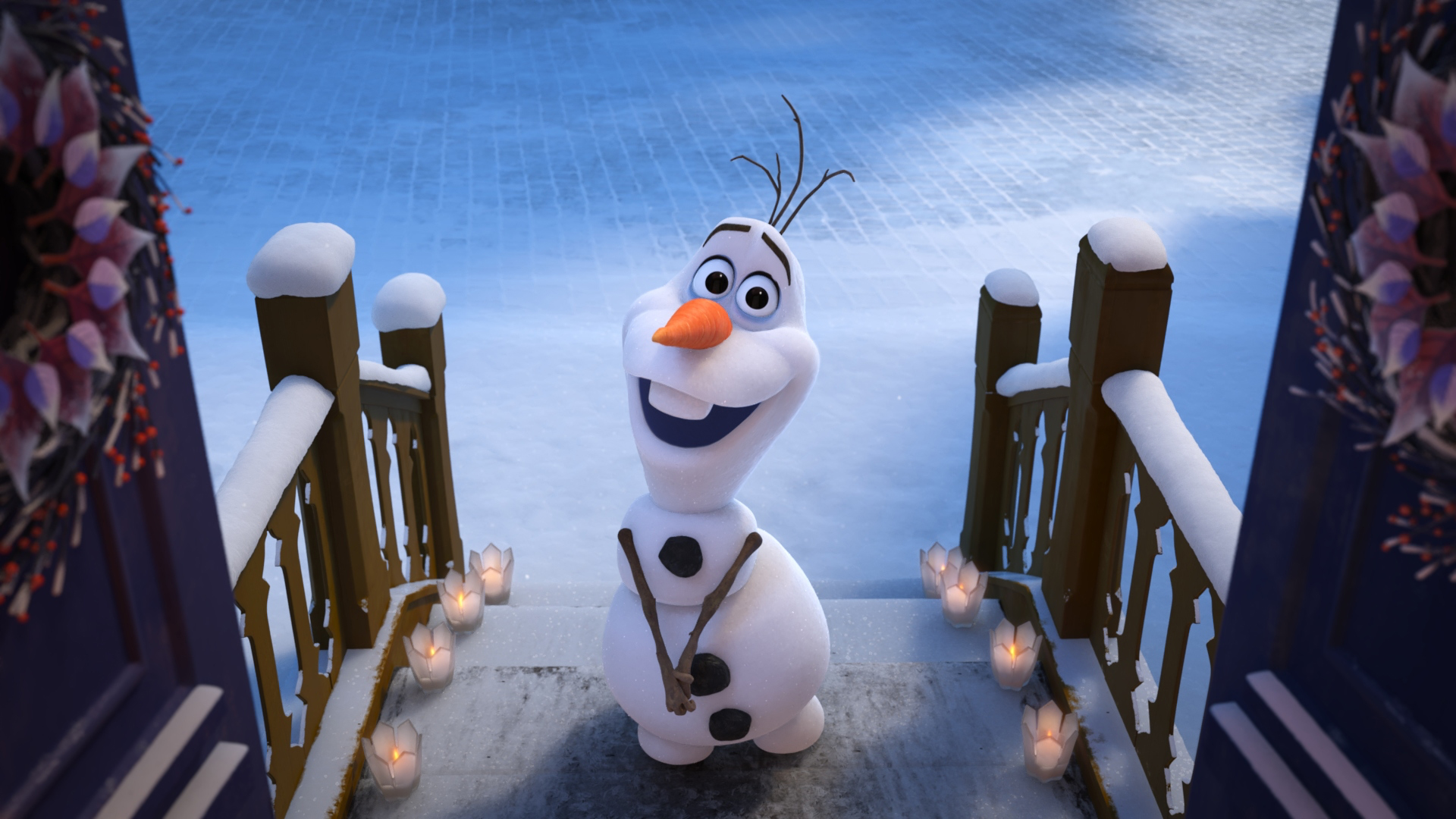 Frozen fever is back in a fun short film with new original music from the cast of Frozen that will play before Disney Pixar’s Coco in theaters on Wednesday, November 22, 2017.

During a press day for the short, star Josh Gad talked about returning to voice the now-iconic Disney sidekick Olaf in his new adventure to find traditions for Princess Anna and Queen Elsa in Arendelle. The royal family’s trusty friend takes it upon himself (and Sven) to delve into everything their kingdom traditionally does to help the sisters celebrate their first Christmas altogether as a new family.

Josh Gad: We celebrate a combination of Christmas and Hanukkah in our household. I think my favorite tradition is on Christmas Eve Santa Claus (Who he’s in communication with because he’s Olaf) writes letters to his daughters, I just oversee them. And sharing the tradition with them and having them wake up on Christmas morning and open their presents from mommy and daddy and Santa Claus. It’s my favorite thing to see that pure joy of them opening those gifts. It’s such a treasure to see that.

On the challenges of singing and voicing Olaf:

Josh Gad: It’s difficult when they write it as high as they keep writing it. Bobby Lopez who wrote Book of Mormon wrote it in an octave higher than I deserve to sing it and carried that tradition over to Frozen. It is hard. Especially the new “It’s myyy faaaaavotite tiiiiiiime” that’s–papa doesn’t wanna sing that. It’s tricky to get back into that mode and keep the voice bright and Olaf-y when singing songs like In Summer.

Josh Gad: My kids say stop speaking as Olaf! It is a thrill to be able to come back with a new team who’s taking this character and opening new doors for him to go. The first is so much about Olaf discovering. He’s almost like a newborn waking up and so as we continue to tell these stories, what’s fun as an artist is that we get to have Olaf be in a place where now he’s learning and growing–emotionally and his education. The things that he’s seeing. My kids are tickled by the fact that Daddy’s Olaf. I read them books, everything Frozen books and it’s a surreal thing for them to have Olaf reading Olaf. Before the short and the sequel, I always just go back to the original movie just to recalibrate my brain to that. It’s funny the more I do the voice, it starts to live much higher. The more I record in a bubble, it’s like “HIIIIII IIIIIM OLAAAAF!” that’s not the character. It’s always good to remind myself there’s a warmth to it but my kids definitely love it. Not a day goes by that I don’t realize I’m a part of one of the greatest animated movies of all time. And I think that a part of it, at its core it’s a story about siblings. It’s a very universal thing. Anyone of us who have grown up with brother’s and sisters–having two daughters–seeing it through their eyes it’s amazing to see how important the story of Anna and Elsa is to them. It’s still surreal to me. I never take for granted that this is magic hour that I’m living right now to give life to these characters that live on to another generation. Being a part of that tradition is the coolest gift I’ve ever been given.

Check out the trailer for Frozen: Olaf’s Adventure below and be sure to come back to We Live Entertainment early next week as we will have reviews of Coco as well as a special article dedicated to the film about fun facts that we learned about the film from the Coco press day.

Written by
Sabina Graves
Sabina Ibarra is an L.A. native writer and filmmaker. Growing up a movie enthusiast in Hollywood's backyard cities and pretty much aiming to make her life a movie, Sabina lives and breathes entertainment. For more of her adventures follow her on twitter @SabinaHasNoR