Joy : It’s the next David O. Russell film and it stars Jennifer Lawrence, Robert DeNiro and Bradley Cooper! Anyone surprised? 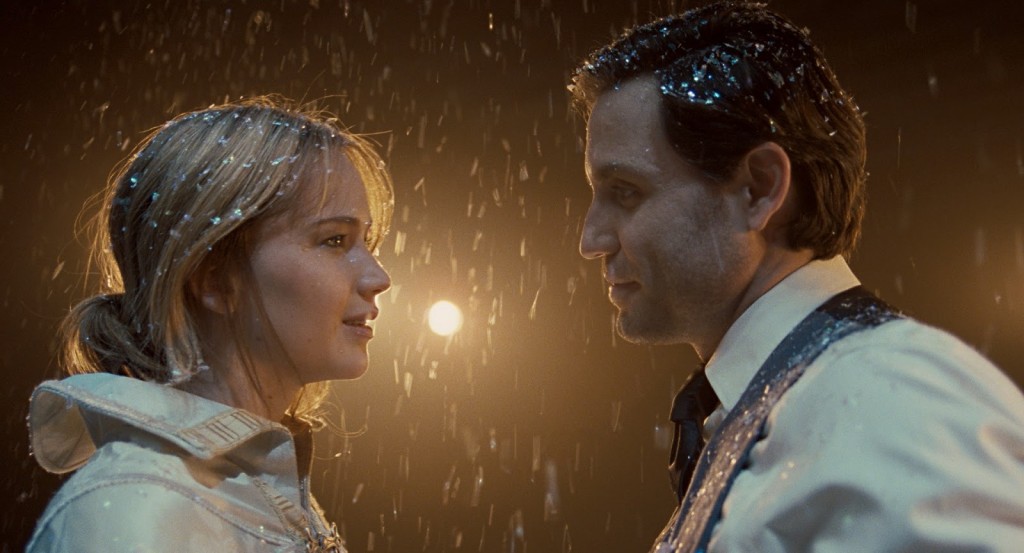 Joy Review: An extremely inspiration film with a strong female lead that we need to see.

This is the third in a series of films that David O. Russell has written and directed starring Bradley Cooper, Robert DeNiro and Jennifer Lawrence and is by far, the best. Joy is a young woman who has grown up and you could say, not lived up to her potential. She is smart and intuitive and can make great inventions but life got in the way. She was married, had two children, divorced, and lives with her mother, two children, ex-husband and occasionally her father. All of her energy goes into taking care of her family, working, and paying bills. Her father, Rudy (Robert DeNiro) is a hopeless romantic always looking for love who owns a car shop where her half sister, Peggy (Elisabeth Rohm) works. Her grandmother, Mimi (Diane Ladd) always supports her dreams, even when she was a little girl.

Joy’s life is full of taking care of people and things around the house. One day, her father falls in love with an Italian- American woman, played by Isabella Rossellini who invites them on boat to celebrate. While on the boat, Tony (Edgar Ramirez), her ex-husband breaks a bottle of red wine on the boat. While cleaning it up with a mop, she comes up with an idea. She will invent and create a self-wringing mop. With money she borrows from her father’s new love interest, and setting up shop in the car shop, she begins making the mops. They get a lawyer and try to sell the mops. It doesn’t work out so well and she is discouraged. 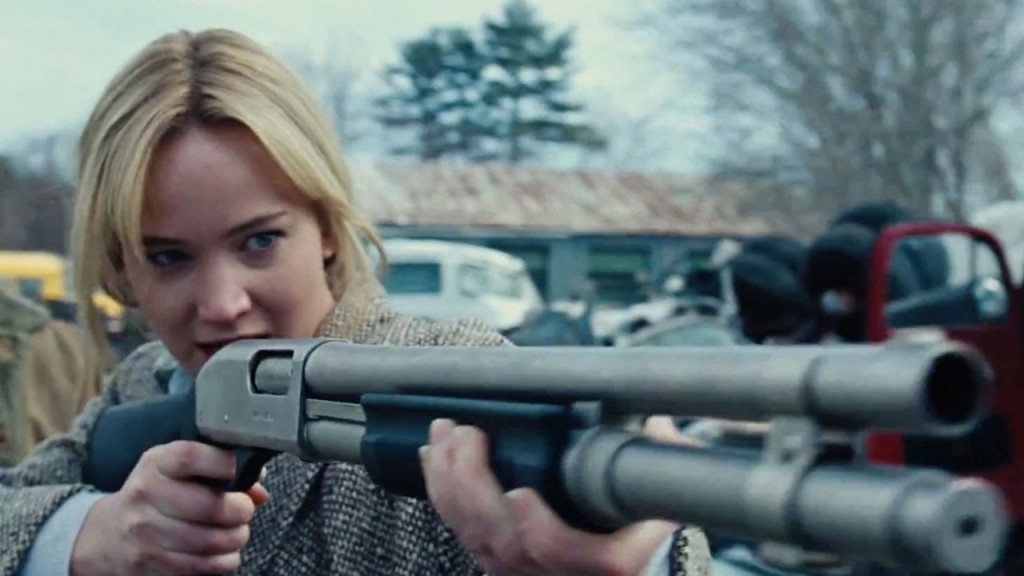 Tony says he knows someone who could help her sell the mops and they head off to Lancaster, Pennsylvania to meet with a friend, (Bradley Cooper), who happens to be an executive of QVC. Joy convinces him to have her mop on the show. When the sales don’t go so well, she convinces him to let her go on the show to sell the mop and she does phenomenal. With all success, they comes a problem or two. The company that she hired to create the pieces for the mop is trying to rip her off and say that the molds and the ideas were their own. When she is left with no other choices or way to keep her family with a roof over their heads, she takes off to California. The company that makes the parts for her mop is in California and she wants to confront them. When she does, she gets arrested and the family tells her to give up. 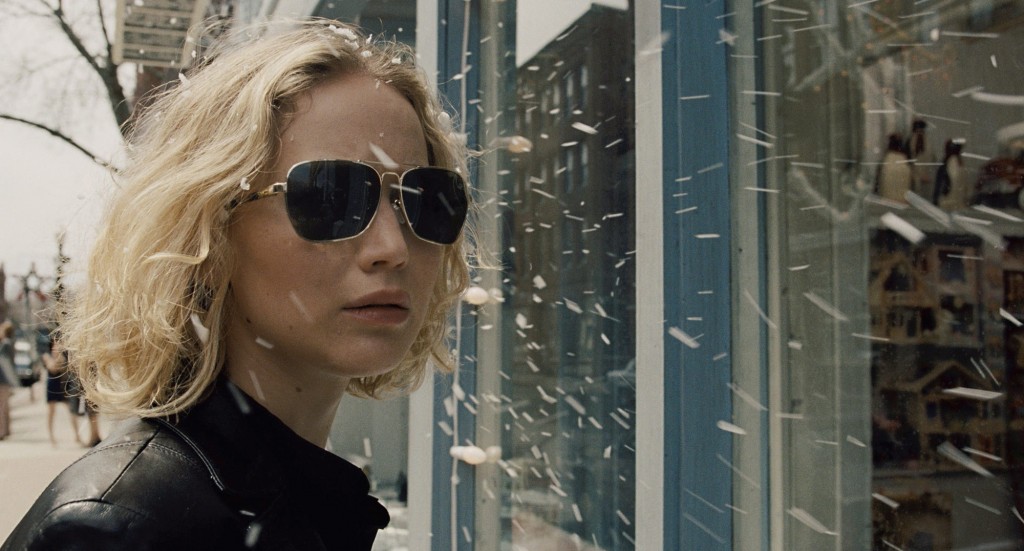 When left with no choice, she leaves abruptly to travel to Dallas, where she confronts the man who claims that the ideas were his. He is lying and she has proof, which she presents. He gives in and signs a paper saying that all the rights belong to Joy.

What makes this film great is Joy, played by Jennifer Lawrence. She is a strong woman who fights for her family and isn’t afraid to stand up for herself and her family. She is an amazing role model for women and she is the ultimate matriarch of the family. Jennifer Lawrence’s performance in this film is by far her best to date. She is emotionally raw and real in this film. You feel every single emotion she feels. You know the love she has for her family and her determination not to fail them. She is an inspiration.

The supporting cast is pretty great as well, but pale in comparison to Jennifer Lawrence. Bradley Cooper isn’t in the film very much, which surprised me. The focus of the film is really on Joy and her character and strength. This is an extremely inspiration film with a strong female lead that we need to see.

Review: Joy is an extremely inspiration film with a strong female lead that we need to see.

Joy : It’s the next David O. Russell film and it stars Jennifer Lawrence, Robert DeNiro and Bradley Cooper! Anyone surprised? Joy Review: An extremely inspiration film with a strong female lead that we need to see. This is the third...
0
Average User Rating
0 votes
Please sign in to rate.