London Town is the story of Shay Baker (Daniel Huttlestone) and his father, Nick (Dougray Scott) and sister, Alice (Anya McKenna-Bruce) struggling to get by with their piano shop in London in 1978. After an accident where his father is badly injured and ends up in the hospital, Shay must keep the shop going, pay all the bills and take care of Alice, while getting little help from his absent mother, Sandrine (Natascha McElhone). While running an errand for the shop, Shay meets Vivian (Nell Williams) and she plays him a song from The Clash. He is enamored with both the music and Vivian, and goes to the concert with her. In dire need of money, Shay has to dress up as a woman to look older so he can drive his dad’s taxi. One night, while out making money in the taxi, he comes in contact with Joe Strummer (Jonathan Rhys Meyers) and forms an unlikely friendship with the singer. Shay must grow up, take care of his sister and keep the business going, all while discovering himself through the music of The Clash. 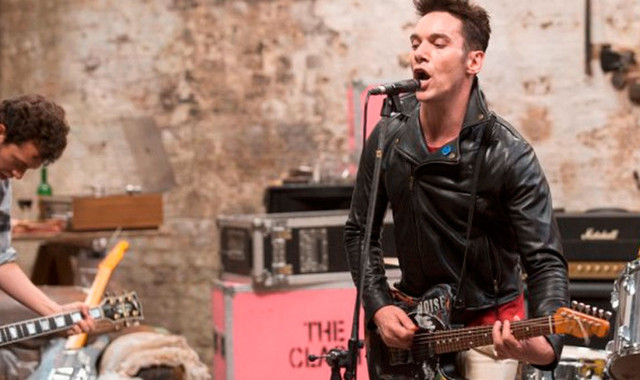 Jonathan Rhys Meyers is incredible as Joe Strummer. His mannerisms and demeanor when performing are so alike Joe Strummer, it is breath taking. He just gives a great performance on and off stage and is the highlight of the film. Daniel Huttlestone holds his own as Shay and does a good job of portraying a range of emotions and showing love for his sister. Speaking of Alice, Anya McKenna-Bruce was probably my second favorite part of the film because she has some truly great moments, particularly when she says the word f*ck with such conviction and determination. 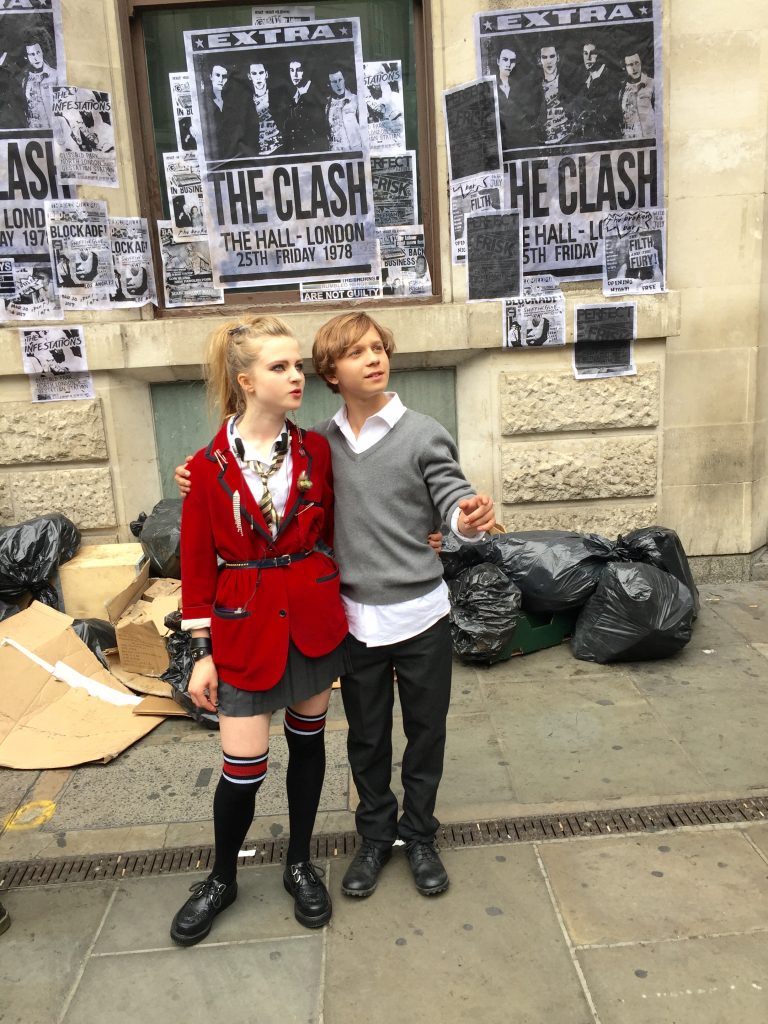 The film also touches upon some social and political issues that are extremely relevant today such as racism, immigration and more. They portray the tension between the skinheads, punks, neo-nazis and the reggae lovers in London in the 70s. These are all really pertinent issues today, making the film even more relevant. While the film touched upon these issues in the background of the story, I thought they missed a few opportunities to make a stronger statement or show those issues in a brighter light that would have added more depth to a coming of age film.

The film is technically done really well. The cinematography, costume designs and set designs are great. They really match the time period. The performances of The Clash that are filmed, really feel like you’re watching videos of the real band perform. The costume designs are spot on and really feels like it was handled with love and care.

While the film has some truly great elements and performances, it is an all too familiar story after the release of Sing Street this year. The films are very similar.  They both take place in similar locations, tackle the same subjects, and occur a few years apart. While London Town is definitely the more gritty and punk version of the Sing Street, it doesn’t have the same lasting impact for me. The film is a must for fans of The Clash and those who love a male driven coming of age storires, but apart from the appeal of a different type of The Clash story, incredible performance by Jonathan Rhys Meyers, it falls fairly flat.

LA Film Festival: "London Town" Review London Town is the story of Shay Baker (Daniel Huttlestone) and his father, Nick (Dougray Scott) and sister, Alice (Anya McKenna-Bruce) struggling to get by with their piano shop in London in 1978...
0
Average User Rating
0 votes
Please sign in to rate.