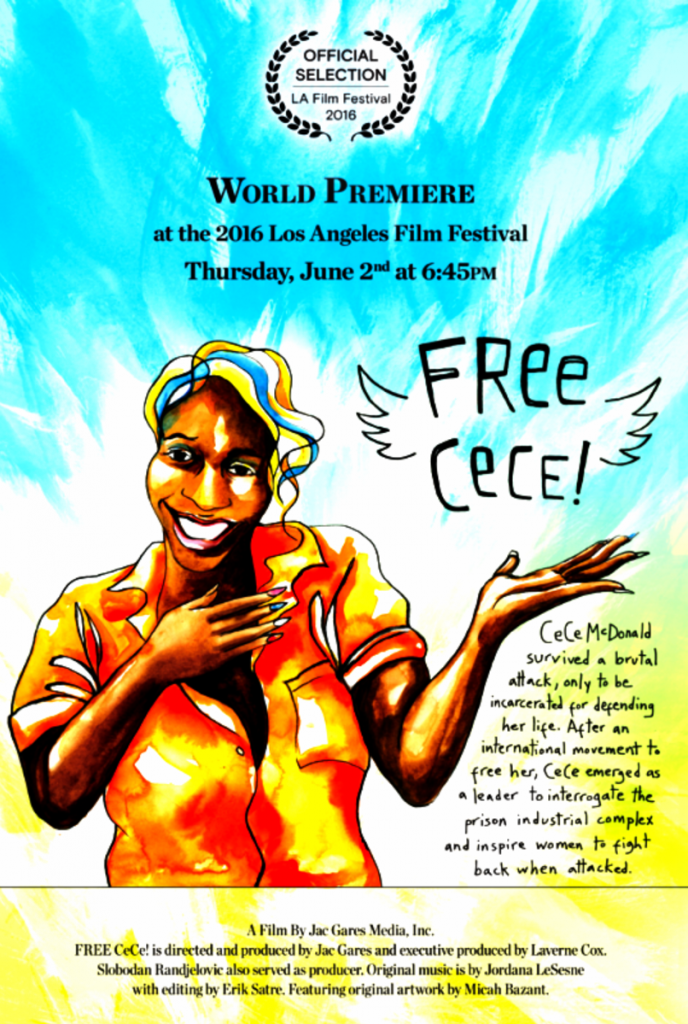 Free CeCe is a documentary about CeCe McDonald, a transgender woman of color who was arrested and plead guilty to second degree manslaughter for defending herself against a racist and sexist man who attacked her. The documentary touches upon many important subjects from prison practices and abolition, to misgender and misinformation, misunderstanding of transgender women and transgender women of color. The film focuses on what happened to CeCe and her interactions with prison and the justice system, but also focuses on the light that she has become and the movement she has inspired.

Free CeCe is a film that I feel very strongly about people seeing not only for the inspirational and strong woman that CeCe is but also to become educated about issues that are extremely important and are largely ignored by the general population. We’ve blanketed the entire transgender “issue” into a few pieces of legislation regarding where someone may go to the restroom. The issue is so much deeper, involved, and more complicated than that. Free CeCe will inspire and outrage you, all while educating you on the horrible dehumanizing treatment of an entire group of people in our country.

There are so many important facts in the film that really opened my eyes to some of the horrible things that transgender women of color face. It is a common practice in prisons for transgender women to be placed in a male prison and in solitary confinement, not for their actions but for their safety. Solitary is known to psychologically damage the minds of the prisoners for life. How is that a common practice and accepted as a way of “accommodating” those women?

While in prison, CeCe faced issues, most of which stemming from the prison administration and their over sexualization of her and making rules around her body and the way she dressed, specifically. CeCe faces PTSD episodes from the attack and even says that trans women have a different level of fear about society. This struck me hard because I can’t imagine the fear and anxiety that comes with her everyday and furthermore am amazed she continues to be such a strong beacon for hope for so many. It takes a truly strong woman to overcome that. 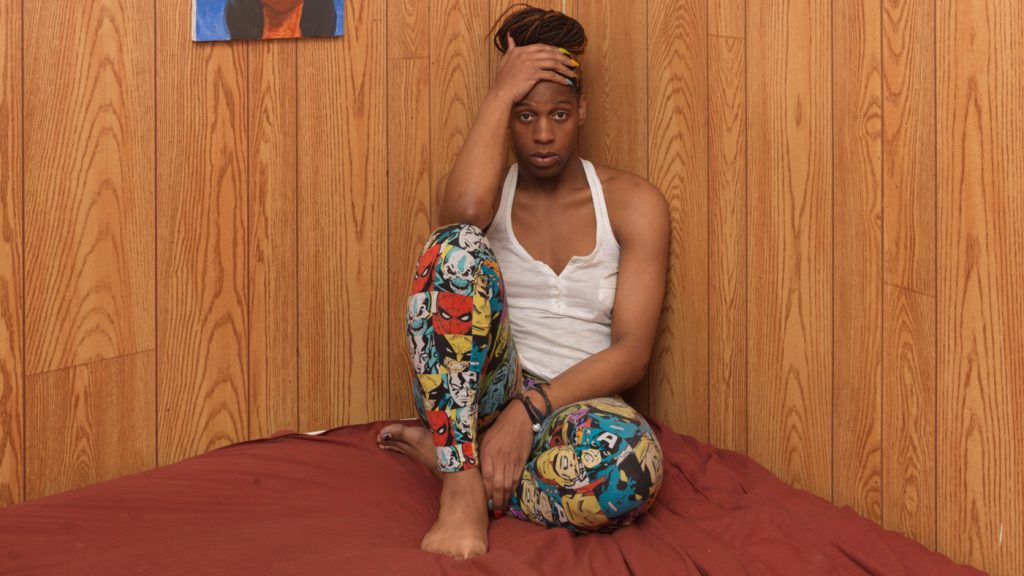 In the film, CeCe also discusses and advocates for the abolition of prisons. She advocates that prisons are not broken, but are doing exactly what the were created to do; target and imprison the poor and minorities communities. Some of the facts of this film are sure to shock and disturb you about the hardships and struggles that transgender women and especially transgender women of color face. Shockingly the average life span of a transgender woman is in the 30 year range and the violence against trans women has only grown.

An aspect of the film that was extremely touching was when they interviewed CeCe’s mother about how she handled CeCe being “different” as a child and how she feels now. I thought it was really a poignant moment when CeCe said that transitioning is not just a transitioning of her body but a transition of her life and the people in it.

The film as a whole has an extremely important message that needs to be heard and seen. It educated and enlightened me and my understanding of the lives and struggles of trans women and trans women of color. While it is the much about the personal struggles of CeCe, it is also unfortunately the story of many trans woman of color and by watching and promoting this film, we can educate and help to stop the injustices those women face.

Please check out the Q&A from the LA Film Festival with Laverne Cox, CeCe McDonald and Jacqueline Gares below: 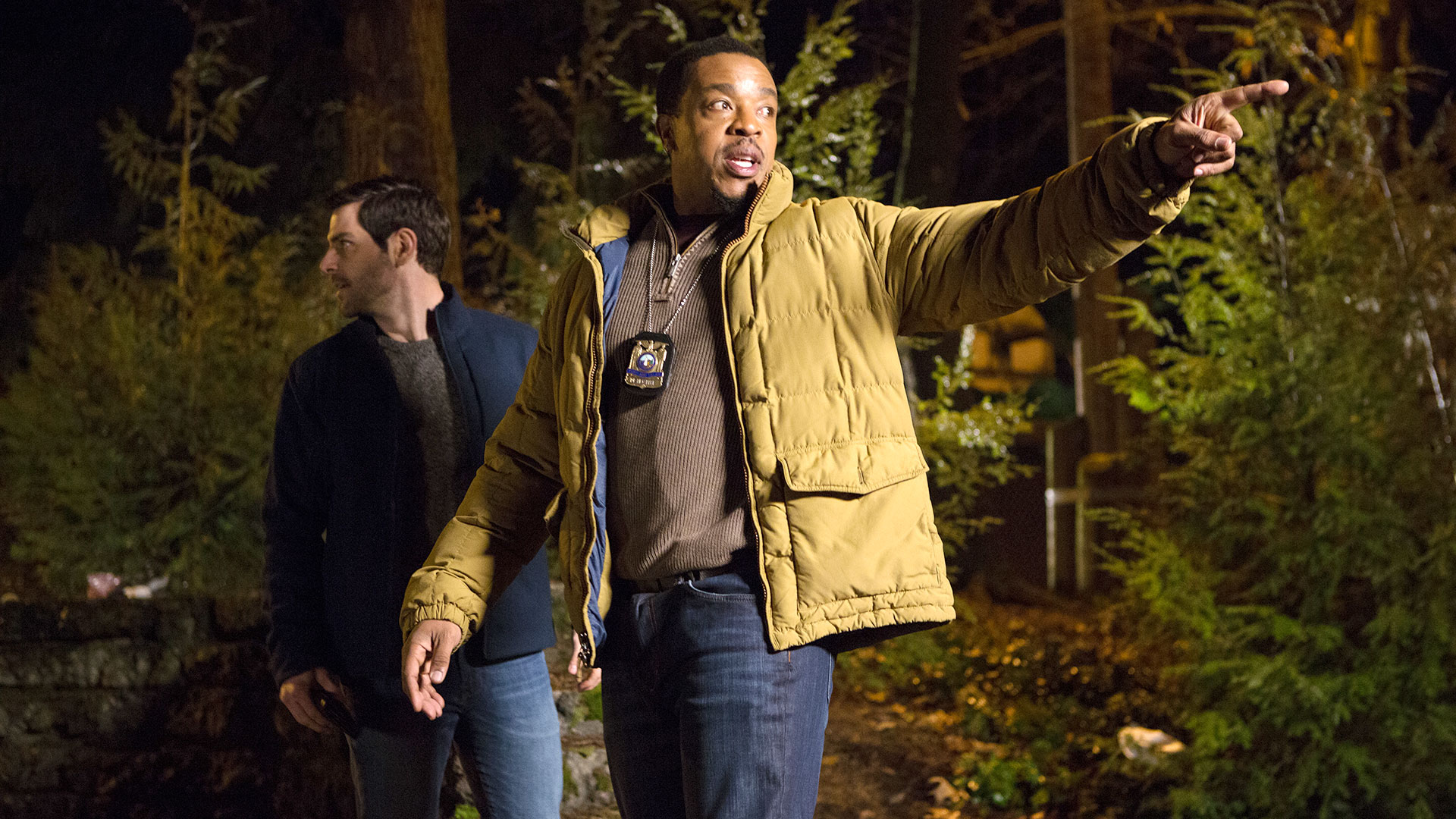 LA Film Festival 2016: Free CeCe Review Free CeCe is a documentary about CeCe McDonald, a transgender woman of color who was arrested and plead guilty to second degree manslaughter for defending herself against a racist and sexist man ...
0
Average User Rating
0 votes
Please sign in to rate.