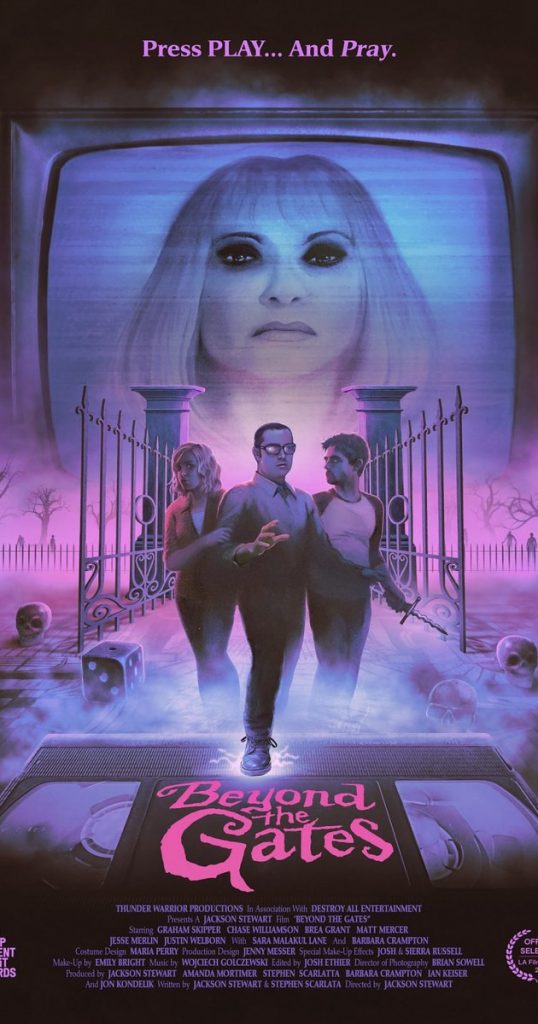 As many of you may already know, horror movies are NOT my thing. I don’t like being scared, nor do I like gore and blood and violence. That being said and regardless of that, I 100% absolutely LOVED Beyond the Gates. The engaging performances, effects and storytelling were so strong that I abandoned my reservations and dove right in. The story begins in a town in 1992 when a family opens a video rental store. We flash forward to the present and have discovered that brothers, Gordon (Graham Skipper) and John (Chase Williamson) are coming back together to clean out their father’s video store after he has gone missing for seven months. Gordon’s girlfriend, Margot (Brea Grant), joins her boyfriend in helping pack things up. In their ventures in the store, they find a VHS game in their dad’s office called Beyond the Gates. They decide to play the video and in turn discover there may be a connection between the video and their missing father, but don’t realize how dangerous and deadly the game could be. A ghostly woman (Barbara Crampton) in white guides them through the game.

This film has some really incredible elements to it and you can really tell that the people who made the film love it and love the genre. The first element that is really important is the level of nostalgia and feel for the 80s. The film opens with a super synth with the images of the inner workings of a VHS player. The movie is an homage to the 80s horror films without making fun of them. It recognizes everything that they were with their funny lines and over the top gore.

The practical effects in this film were great. There is blood, gore and guts everywhere and just buckets and buckets of fake blood. It certainly doesn’t shy away from being over the top violent, but does it in a way that is both humorous and shocking. The film also balances out the blood and gore with actual psychological fear, with figures moving in the background and bumps in the night. The film was certainly a visual treat, but classic in its construction. It isn’t CGI-ed to death but you can see the work and passion that was thrown into this film. 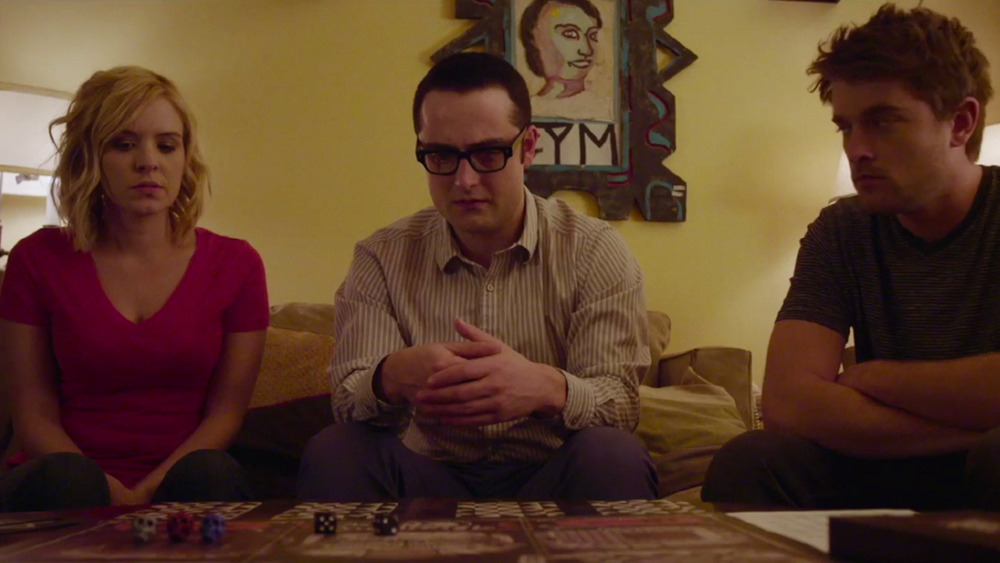 The story is well-crafted and engaging. As I said, it pays homage to 80s horror but doesn’t make it a joke overall. It perfects and elevates the craft that was involved in the practical effects, lighting and design of the 80s. The performances were pretty great and Brea Grant has a truly blood curdling scream in the film that gave me chills. My one and only complaint about the film is the fact that there were certain scenes where Margot was inexplicably absent. Again, not a huge deal, but she just randomly wasn’t involved in parts of the film.

Beyond the Gates is a perfect balance of humor, horror and adventure. It encompasses everything that was great about 80s horror movies and brings it back to a new audience to enjoy and appreciate. I have never had so much fun at a horror movie! I strongly suggest that you journey Beyond the Gates!