There have been several documentaries that have come out in the last few months that document the beginnings of the coronavirus outbreak in China, and there are sure to be plenty more in the coming months and years as this is the biggest thing to happen on such a global scale in at least a generation. Director Hannah Olson’s (Baby God) latest documentary, The Last Cruise, gives us a first-hand account of the floating health hazard that was the Diamond Princess cruise ship and the earliest days of the pandemic while the world was playing catch up and trying to figure out exactly what the virus was. Using intimate footage recorded by passengers and crew, the film gives viewers a first-person account of the nightmare, the bungling of the response, and a tragic glimpse of the class divisions within the cruise liner industry.

The filmmaker does a great job of setting the scene through phone footage of the passengers enjoying their time on the ship and their mainland excursions. We get a glimpse of the backstories of the three couples the film follows, and juxtaposed to that, we get to know a couple of the crew members as well — on the one hand, the life of the passengers is filled with opulence and fun while the life of the crew on board is not glamorous at all. Over its scant 40 minute runtime, The Last Cruise does a great job of showing the distinction between the response for the well-being of the passengers and disregard for the safety and well-being of the staff, because after all, “the show must go on” — its real reminiscent of the class stratification that was all too real in Titanic, except we were seeing it play out in modern-day real-time. 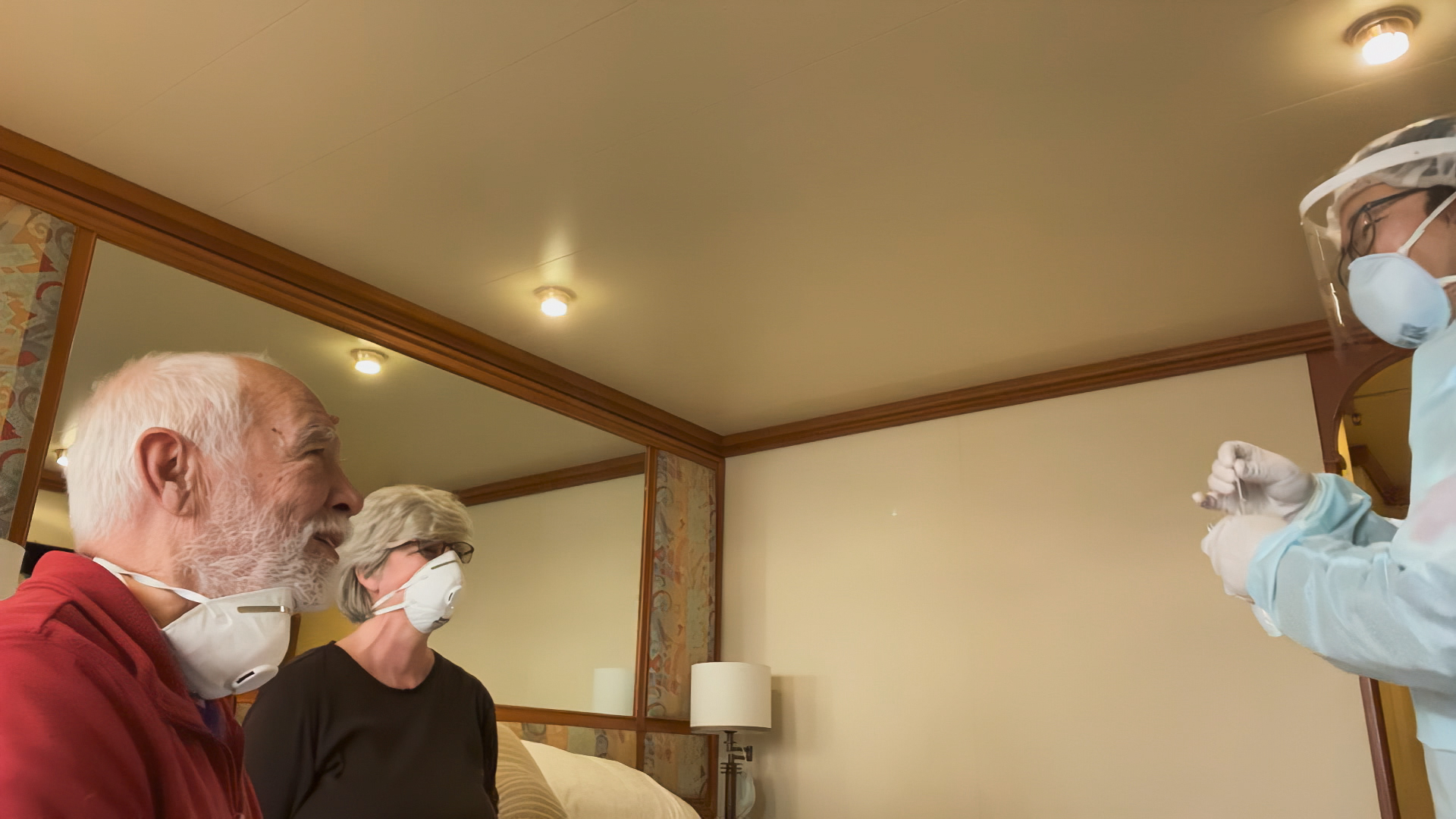 The documentary does a great job of laying out the timeline of events from both perspectives, beginning on January 20, 2020, when there were only 4 confirmed cases worldwide. As seen through the eyes of the three couples, we see the first major outbreak outside of China unfold as the numbers quickly rise and the days slowly tick by with everyone wondering what’s really happening on the outside –it’s like the ship was the first petri-dish and guinea pig that governments and scientists would use to try and understand the virus and its spread, much to the passengers and crew’s dismay.

As we see and hear the two sides of the tragedy, it almost like the “rich folks” are more upset because they’re not getting what they paid for and being “inconvenienced” (and although it’s no laughing matter — at the time, no one knew how serious this would turn out to be — one passenger was quipping about the lack of comfort on the rescue flight and how this was all cramping her plans) while the minority crew members were worried about whether they would ever get to see their families again as they had to share cramped quarters with sick crew members while continuing to work below deck.

It’s Day 15 when shit really hits the fan — 10 people test positive, and the ship goes into quarantine for 14 days. And then it’s 10 more positive passengers as the cruise liner turns into a ghost ship. As the days go on, 1/3 of the ship is infected, crew doctors are overwhelmed, passengers are getting restless trying to stay sane while wondering why their government is leaving them adrift at sea meanwhile, the crew is just trying to survive. Then it’s 218 cases and 2 confirmed deaths –it’s affecting people’s mental health, which in turn weakens their immune systems leaving them more vulnerable to the virus. 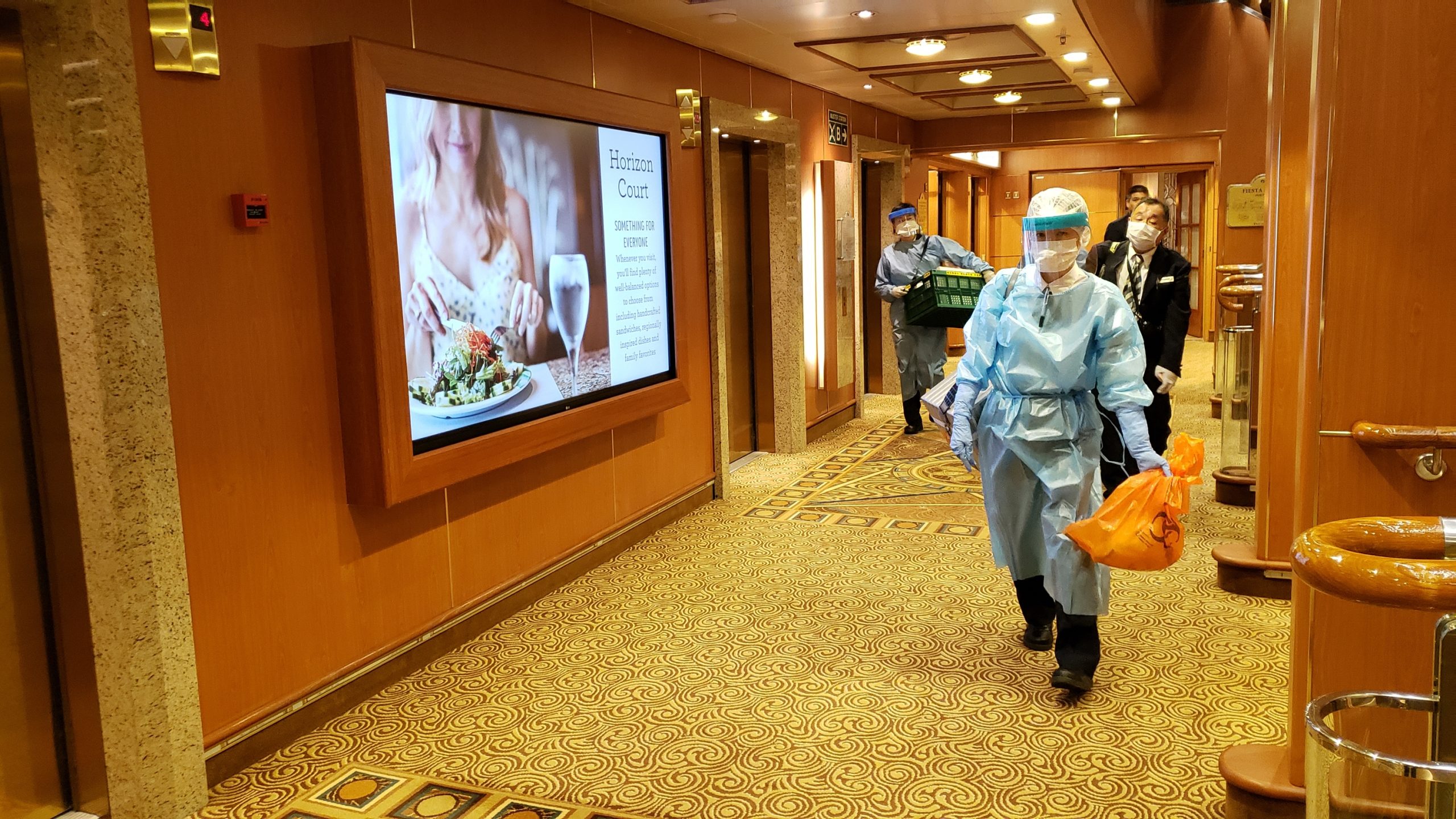 Through the filmed footage and interviews of the passengers and crew, we also get a first-hand look at the Japanese government’s missteps and all those involved in the incident. But as the quarantine ticks on and parters are separated after significant others test positive and have to leave the ship for treatment and quarantine on the mainland, things get a little more worrisome, especially for one passenger who has a suppressed immune system.

As a viewer, we can only imagine what life must be like in these cramped quarters where they cannot leave their tiny rooms for days and are only getting information piecemeal, and no one seems to have a solid plan — even as they are making the announcement about the positive passenger, they are showing footage of huge crows huddled together doing group activities and partaking in the buffet. Testing procedures keep changing, no one has straight answers, many are asymptomatic, and crew members are sick but afraid to report it; this only makes the situation that much worse. Everyone, especially the crew members, is scared, anxious, and uncertain while living through this dystopic situation.

As the situation worsens for the crew member below deck and they are put in harm’s way to ensure the comfort of the passengers, crew members break protocol to speak to the media and pleading to be evacuated by their governments — the Indonesian crew members were the last to be evacuated in March. It’s frustrating to watch — the classism that hasn’t changed since 1911. In total, there were 712 infections and 14 deaths on the Diamond Princess, and The Last Cruise shows us the frustrating and tragic story of two classes of people and the world’s apart response to the virus and who we deem dispensable in this world.

Hopefully, some good will come out of this cataclysmic event and heartbreaking story, and if and when the cruise industry restarts, there will be some drastic changes in terms of protocol and the treatment of their workers. And just maybe, this documentary will be eye-opening, and we’ll all learn to have a little more compassion for those who were deemed “essential” workers during this pandemic, and we’ll really appreciate the sacrifice and risk they (most often those on the fringes and the most vulnerable in society) undertook to keep the world running during the pandemic.

The Last Cruise is now streaming on HBO Max. 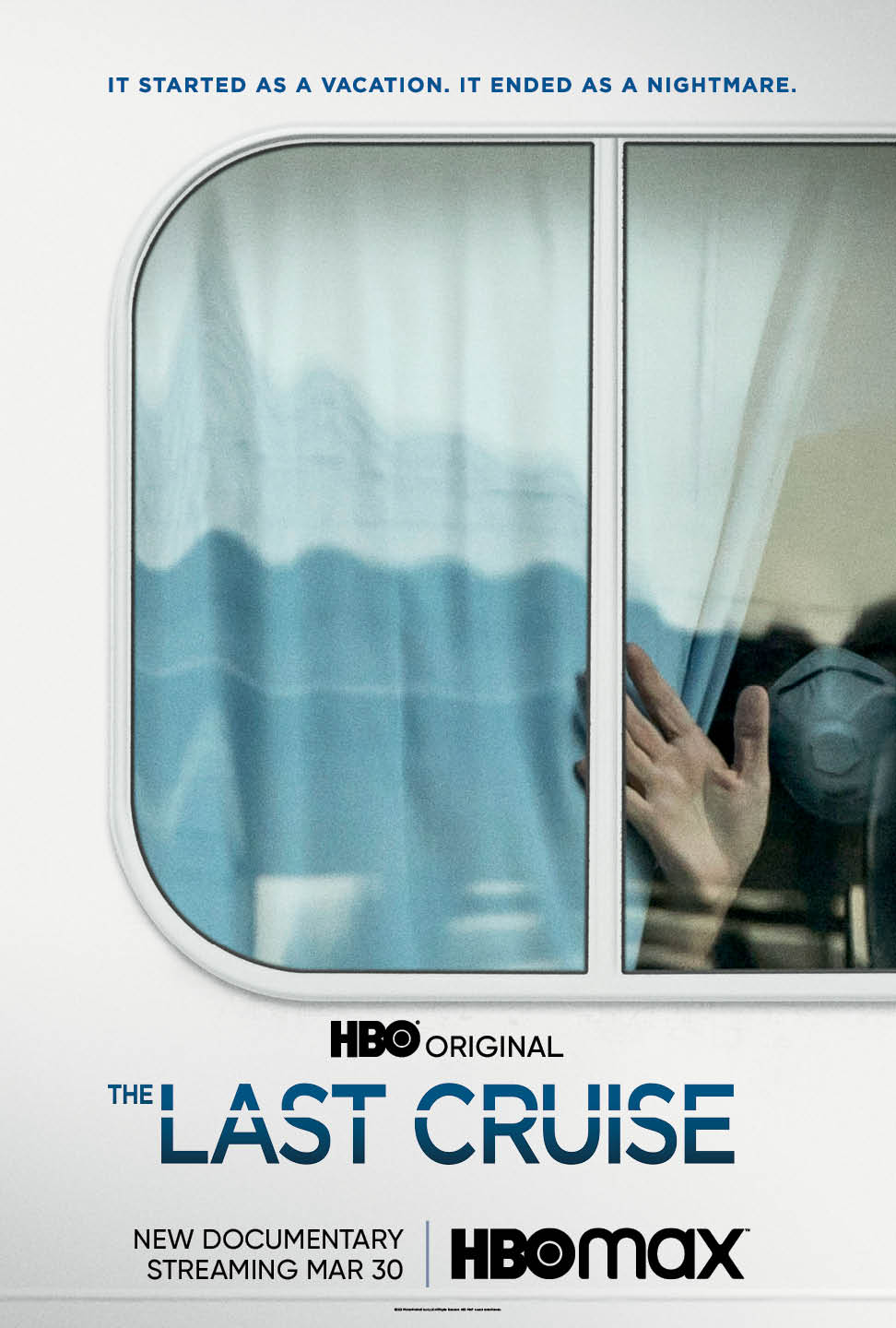 ‘The Last Cruise’ Review: An Intimate Look at the Ill-Fated Diamond Princess Cruise 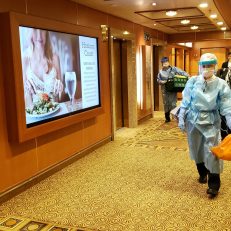 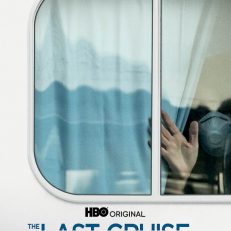 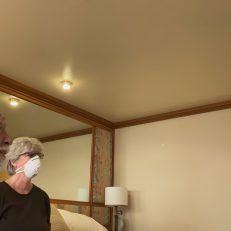