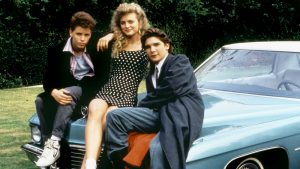 Listen, we know better than our favorite 80s movies now. Sixteen Candles and Revenge is the Nerds have rape scenes. ‘80s movies frequently used “fag” as a derogatory term for straight men, as if being gay were the worst thing they could be (let alone insulting actual gay characters). I not only believe we need to watch movies in historical context, I believe movies are better when viewed with historical context. So revisiting License to Drive on its 30th anniversary, the point isn’t to forget how we’ve evolved so we can enjoy it, but rather to appreciate where society was and how far we’ve come. License to Drive was actually a movie that was slowly climbing out of the gender roles of the ‘80s, and has a more endearing female lead than I was worried it might. 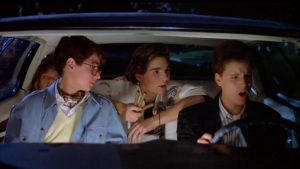 License to Drive is of course the second collaboration of the two Coreys, Haim and Feldman. Les (Haim) is desperate to get his driver’s license, but he fails his written exam. Nevertheless, he has a date with Mercedes Lane (Heather Graham) he’s not going to miss, so he sneaks his grandfather’s classic Caddy out. When Mercedes passes out drunk and the car gets damaged, Les takes the car to Dean (Feldman)’s for repairs and the best friend convinces him to take the car out for more adventure. 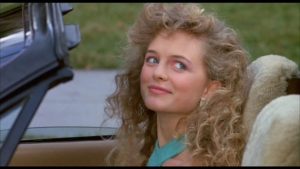 So the archetype of a male protagonist seeing a woman as his reward and obtaining her in a wish fulfillment scenario is an archetype that Hollywood is still struggling to escape. Actually, they’d probably be happy to keep it going, but society is slowly becoming aware of it and asking art to reflect relationships more equally. To the extent that straight teenage boys are always going to pine for beautiful female classmates, License to Drive is relatively harmless. Gay teenage boys would have to wait 30 more years to get the studio rom-com Love, Simon.

Les, Dean and Charles (Michael Manasseri) have a party game where they rate women by what cars they think they’d lose their virginity in. That’s not evolved, but what teenagers are? We can recognize their game in context of hormonal teenagers, and consider that we’ve seen worse before and since. Les also puts Mercedes’ photo over a girly poster in his room. I’m not sure what’s that about. It’s probably demeaning both her and the model in some way. but there’s plenty of positive about Mercedes. 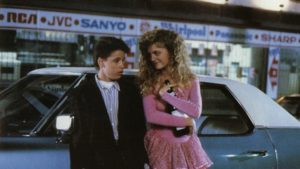 Les gets a date with her by being in the right place at the right time when Mercedes dumps her overbearing boyfriend Paolo (Michael A. Nickles). It’s especially good natured of her to follow through with the date. I wish more adults were that open to giving new people a chance, let alone teenagers.

She may have an ulterior motive to go to the club her ex frequents, but she doesn’t ditch Les. She gets her vindication and smacks her Paolo, but still spends the night getting to know Les, She drinks too much but that’s what teenagers do. She doesn’t drink and drive. It would be nice if she had more to do than be passed out the entire second half of act two. The truly unforgivable thing that happens is Dean takes photos of her unconscious body. In 1988 it was still considered a triumph for a guy to sneak a nonconsensual peak at a girl. Putting her in the trunk is bad too but I think they all knew it was wrong. The nonconsensual photos are presented as rascally antics. 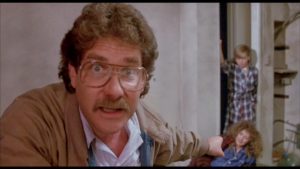 I can vouch for Les that as a teen I would’ve broken far more laws than this for a date, let alone my parents rules. And the damage to the car seemed far more frightening than getting caught driving without a license. When it came down to it though, I got into my share of teenage car trouble and my parents ended up bailing me out. I paid for it but it built character, and wouldn’t have made as good a movie.

Having the parents (Richard Masur and Carol Kane) fall asleep before 9 PM a bit much, but Les could’ve just as easily snuck out with them awake. Script-wise, they have him fail the written and still take the road test for comedy. Haim’s fourth wall breaking always stood out to me. When he says “What could possibly go wrong,” he really pronounces the G at the end. 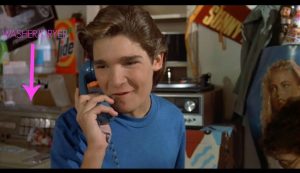 They’d have to come up with some new problems for Les if they remade License to Drive today. When he gives $80 to the tow truck driver, he’s out of cash. It was only five years later that I was 16 but I already had a credit card. You know, for emergencies. I always paid my bill every month and rarely charged more than $100, but any modern kid would have a credit card, and an ATM card probably to get more cash. 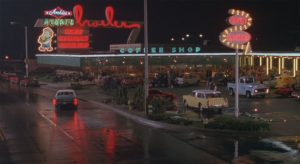 Dean’s big dream destination Atomic Archie’s was a burger stand that had more available single women than men. I have several questions.

Richard Masur was 39 when he filmed this as a 40-year-old dad and I still think he’s older than me. But then I still can’t believe I’m older than Bruce Willis in Die Hard.

The Coreys’ next collaboration, Dream a Little Dream, was essentially their last theatrical release. They made a bunch more together but they all went straight to video, even the sequel to Dream a Little Dream. There’s a lot of sadness to the Coreys’ story including sexual abuse, drug addiction, separation and Haim’s untimely death at 38. Some of it unfortunately allegedly happened while making License to Drive. The industry should have protected its talent.

There is a female-centric remake in the works that will hopefully have all the fun of License to Drive with better gender roles. Nicolas Winding Refn already made the gritty reboot with Ryan Gosling simply called Drive. Listen, he didn’t name the Driver so you can’t prove that’s not Les Anderson all grown up. 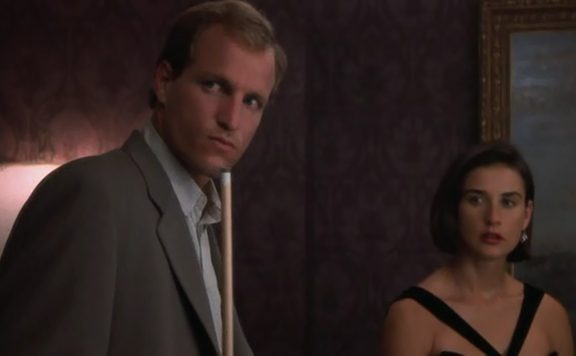