There’s nothing quite like finding a way to turn something that’s often against you into something that works for you. Actress Kelly Marie Tran (Raya and the Last Dragon) suffered all the abuses that the social media age has fostered, highlighting the truly despicable, misogynistic, racist, shallow, and hurtful place the internet can be, and yet she now is partially responsible for bringing to life a documentary that not only highlights the positive influences that can exist online, but focuses on yet another Asian-American female artist who has used the medium of social media to propel herself not only to stardom, but to international acclaim and total dominion over her craft, business, art and, yes, social media, to become an influencer of the most positive (and powerful) kind. In one film, Tran and everyone involved with Lily Topples the World, a new documentary from Jeremy Workman, prove that negativity and hate will always be drowned out by talent, passion, hard work, and teamwork and that great stories can be found everywhere, even in the dark abyss of the internet.

Tran serves as the executive producer of Lily Topples the World, the entertaining documentary which won the Documentary Feature Grand Jury Prize this year’s SXSW Festival, and deserves to have long legs in the upcoming Oscar race. It tells the story of Lily Hevesh, the world’s greatest—and most famous—domino artist. Don’t worry, I hadn’t heard of her either, but that’s probably because I’m over 50. In the world of Gen Z, or to anyone who knows about the vast community of YouTube creators who own the internet, Hevesh is a legend, boasting over three million subscribers on the platform.

What attracts so many people to her channel is her domino art, where she builds elaborate structures made from dominos, which often take weeks or months to build, and then films them all falling down, in carefully calibrated and beautiful patterns, a true blend of engineering, artistry, and patience. Hevesh has become a bonafide celebrity in the world of YouTube creators, but in the world of domino artists (of which there are many more than you would think), she is all four Beatles rolled into one. Workman not only introduces the audience to Lily but takes us into the world of online creators and those who specifically have dedicated themselves to the world of dominos as an artistic and creative medium. 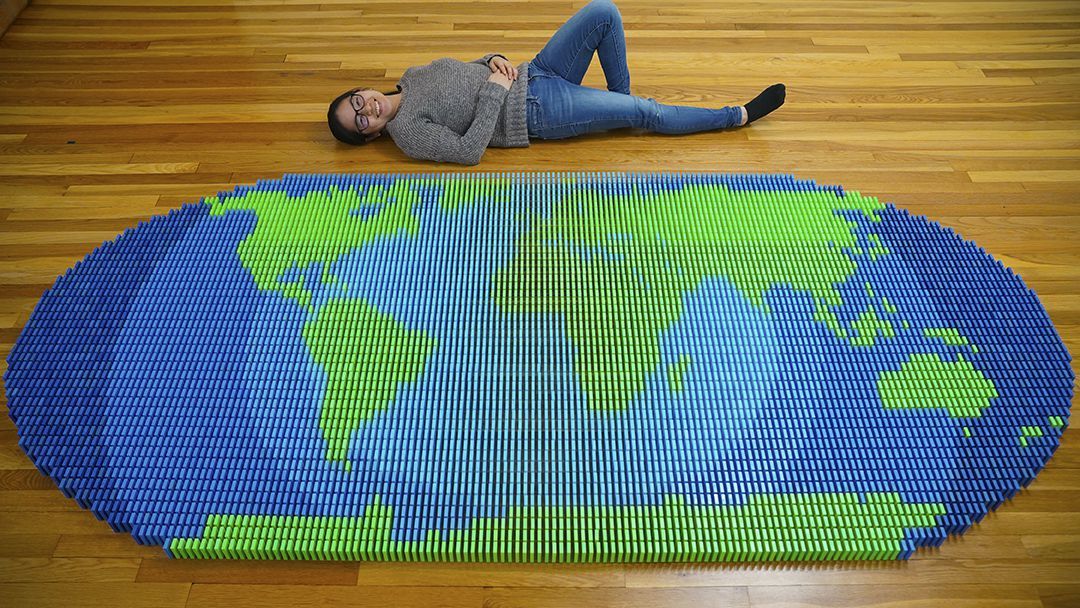 It’s impossible to not think of The Queen’s Gambit while watching Lily Topples the World.  Intentional or not, Workman establishes his own protagonist as a woman who dominates in a field that is otherwise exclusively men, and, much like the main character of the uber-popular Netflix series that took the world by storm last summer, Lily herself is often uncomfortable with the attention and notoriety her fame brings her, but still relishes the opportunities to walk through all the doors she herself has kicked in.

The film’s best moments are when Lily meets her fans, mostly boys, who geek out over her as if she were a rock star. And why shouldn’t she be? In this world where fame is handed to people who literally do nothing more than influence others, it’s almost overwhelming to see adoration bestowed upon someone as modest, grounded, hardworking, talented, and kind as Lily is. And with a great story to boot.

Workman takes us all the way back to Lily’s adoption as a baby from China by her white middle-class family in New Hampshire. We learn how she grew up the only Asian kid and fell in love with dominos at an early age. Lily herself walks us through how a hobby became a passion and how it has come to define her—for the better. Her sense of self-awareness and quiet confidence is endearing and hopeful, her Clark Kent-ian manner taking you off guard until she reveals her true superpower. 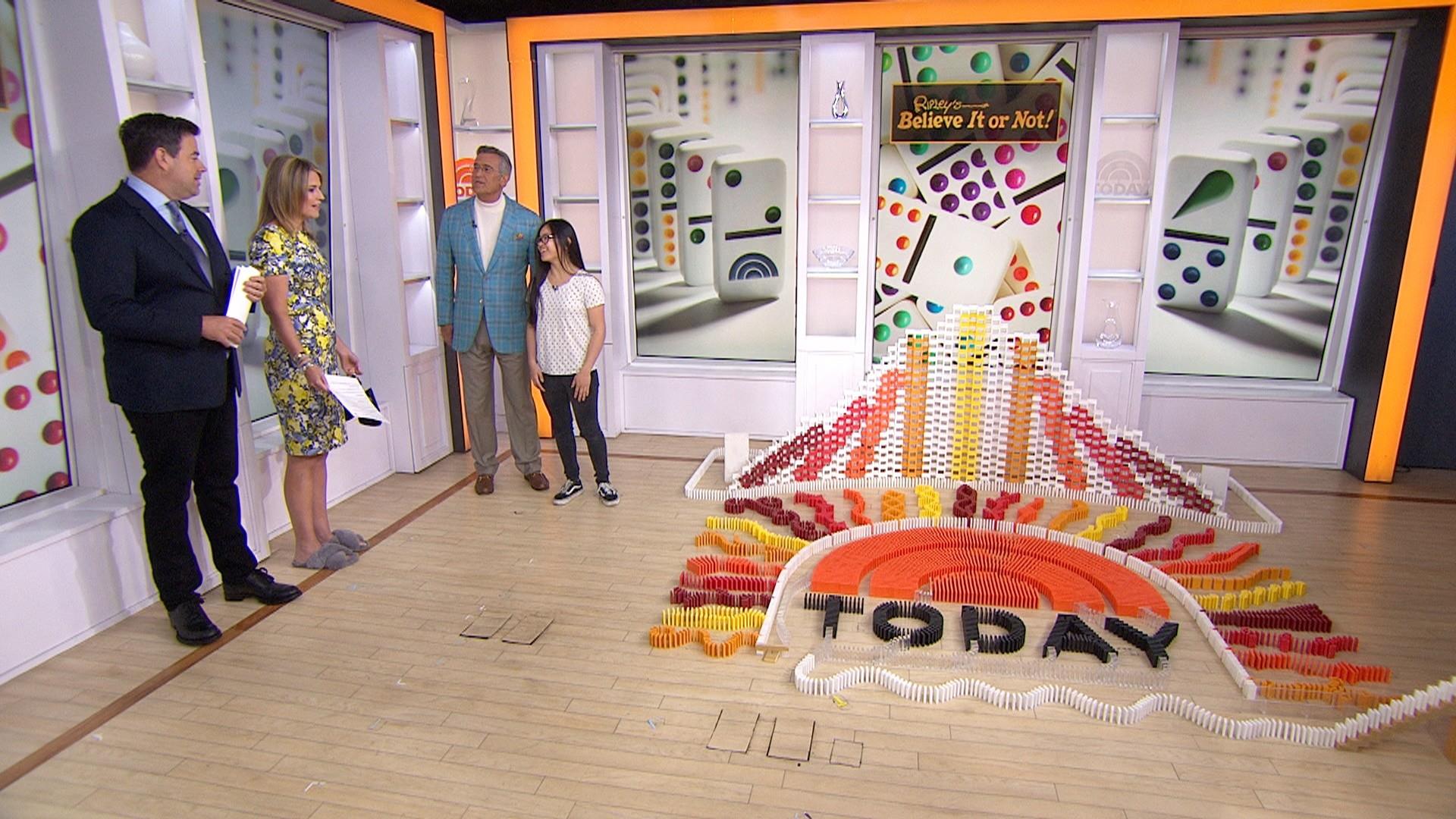 And a superpower it is. While the gender politics, social media revolution, and moving personal story are all nice, what makes Lily Topples the World the jaw-dropping experience that it is are the dozens of domino dances that fill the film, eye-popping and awe-inducing feats of engineering and steady hands that run completely contrary to everything people believe about young people today. Lily, along with her group of fellow domino artists who help her, aren’t unfocused, phone-addicted, dispassionate kids who are disconnected from the world around them. In fact, quite the opposite is true, as the film spends most of its time with Lily and her friends as they carefully, artfully, build elaborate labyrinths, towers, sprawling canvasses of dominos, delicately placing each piece, engaging in a ballet of careful steps, pinpoint measurements, mathematical planning, and patience, patience, patience.

Some people may find the constant threat of one false move, one violent sneeze, or one misstep destroying months of painstaking work a source of anxiety, but others may find the grace and calm of these artists to be soothing and hypnotic. Either way, the result, when these pieces of art reach their completion, and the first domino is pushed to release the chain of colorful plastic rectangles falling to form a perfectly crafted pattern, is truly exhilarating.

Lily Topples the World reminds us, much like The Martian did, that math is cool. Lily herself points out early in the film that domino artistry combines elements of engineering, geometry, math, and artistic expression in ways that few other mediums do. This film celebrates so many things that should be celebrated more in our culture and shines a spotlight on the exact kind of person we all should want our kids to idolize. In the end, if the internet has made Lily Havesh a star, maybe it’s not so bad after all.

LIly Topples The World is available to stream on Discovery+. 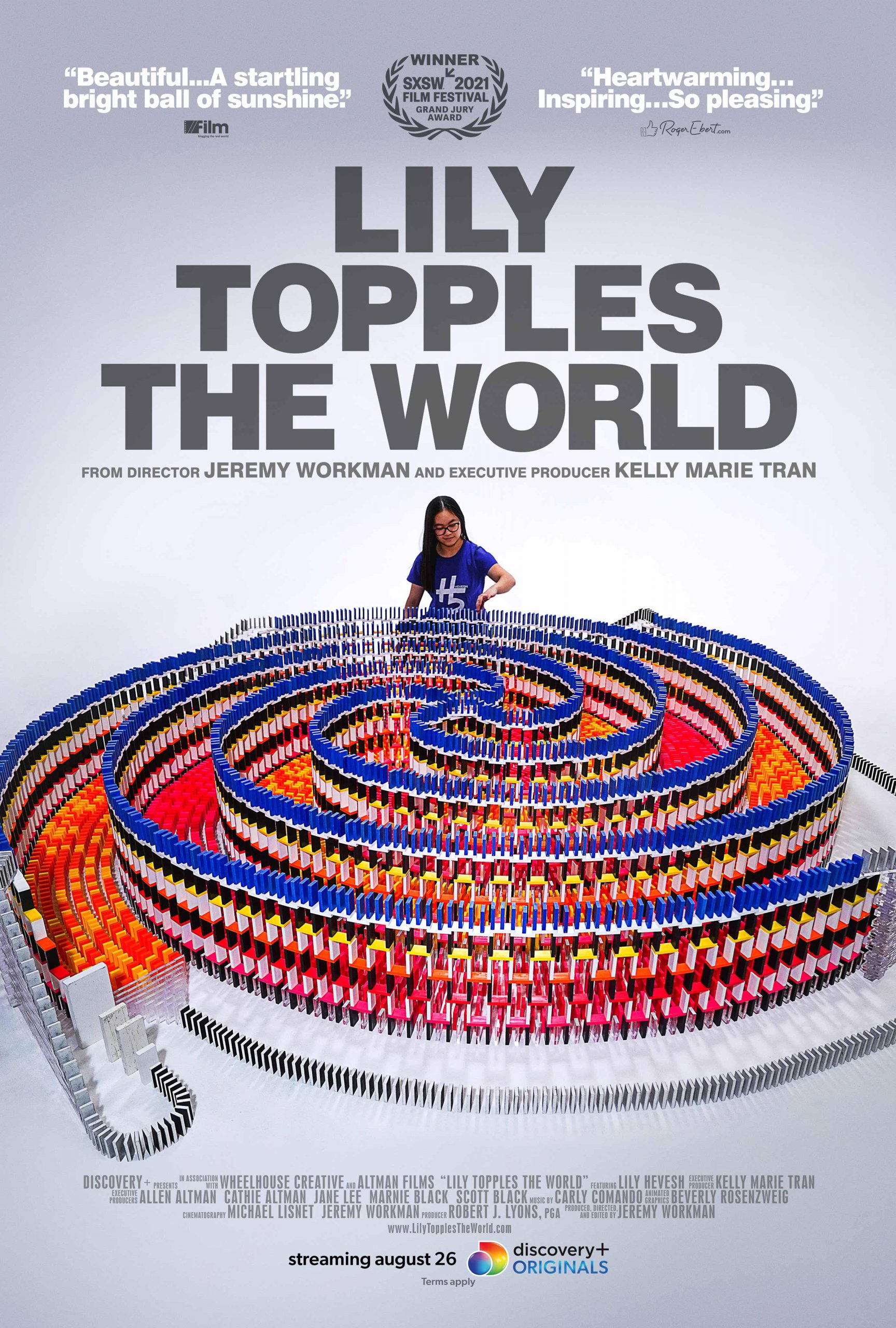 A coming of age story of 20-year-old Lily Hevesh, the world’s most acclaimed domino artist and the only woman in her field.
0
Average User Rating
0 votes
Please sign in to rate.
Film:Lily Topples the World
Director(s):Jeremy Workman
Genre:Documentary
Studio(s):Discovery+ 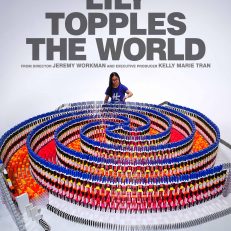 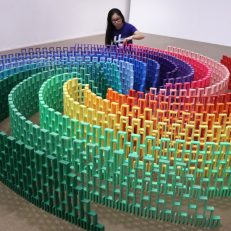 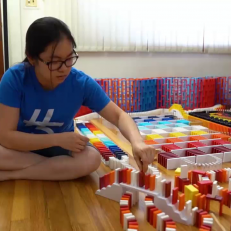 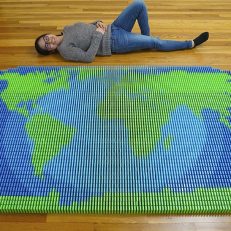 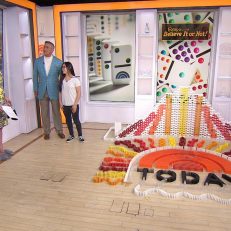