We Live Entertainment’s Most Anticipated Films of 2018

It’s that time of the year again where we start to look forward to a full year of wonderful cinema. Here at We Live Entertainment, we’ve decided to ask our fans and contributors to talk about their most anticipated 2018 films. It looks like 2018 is going to be an awesome year for film! 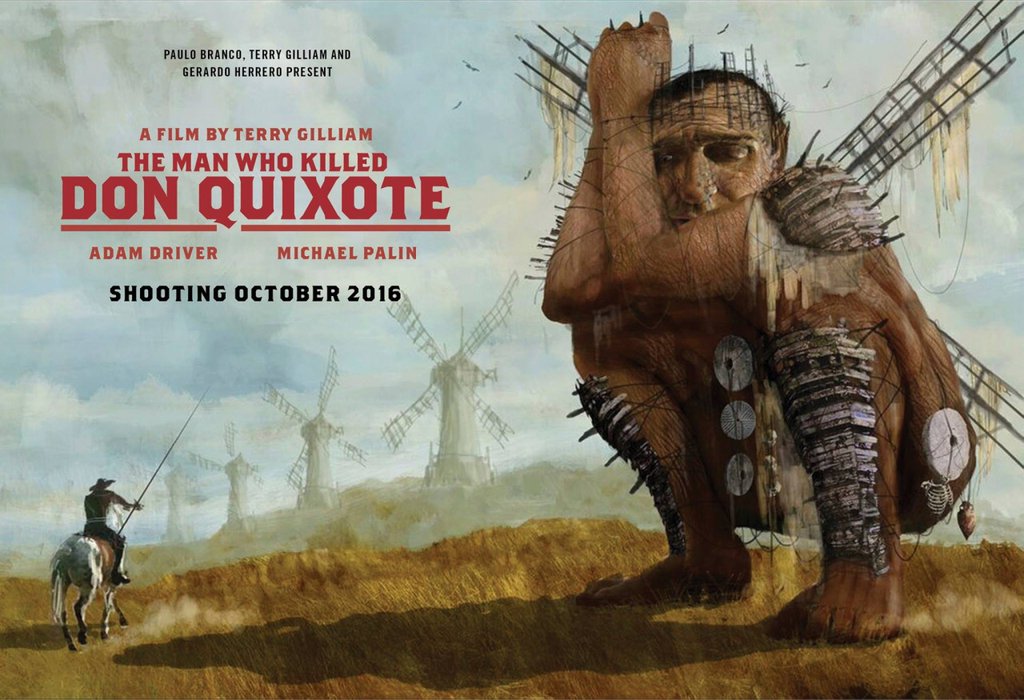 To start off, it’s another Terry Gilliam movie. Second off, you have the re-teaming of Gilliam and Jonathan Pryce, who was the star of Gilliam’s 1985 cult classic “Brazil.” Those two aspects alone warrant excitement. The reason why “The Man Who Killed Don Quixote” is my most anticipated movie of 2018 is because Gilliam has been trying to make this movie for nearly two decades, with its original troubled production in the early 90s being the focus of the 2002 documentary “Lost in La Mancha.” Many believed that the iconic director would never get his vision realized, but he never gave up. And so, after 20 years of filming and struggling and production issues and filming and yada yada yada, we’re finally going to be able to see Terry Gilliam’s passion project before our very eyes. If that doesn’t constitute “Most Anticipated Movie of 2018,” then I honestly don’t know what does. 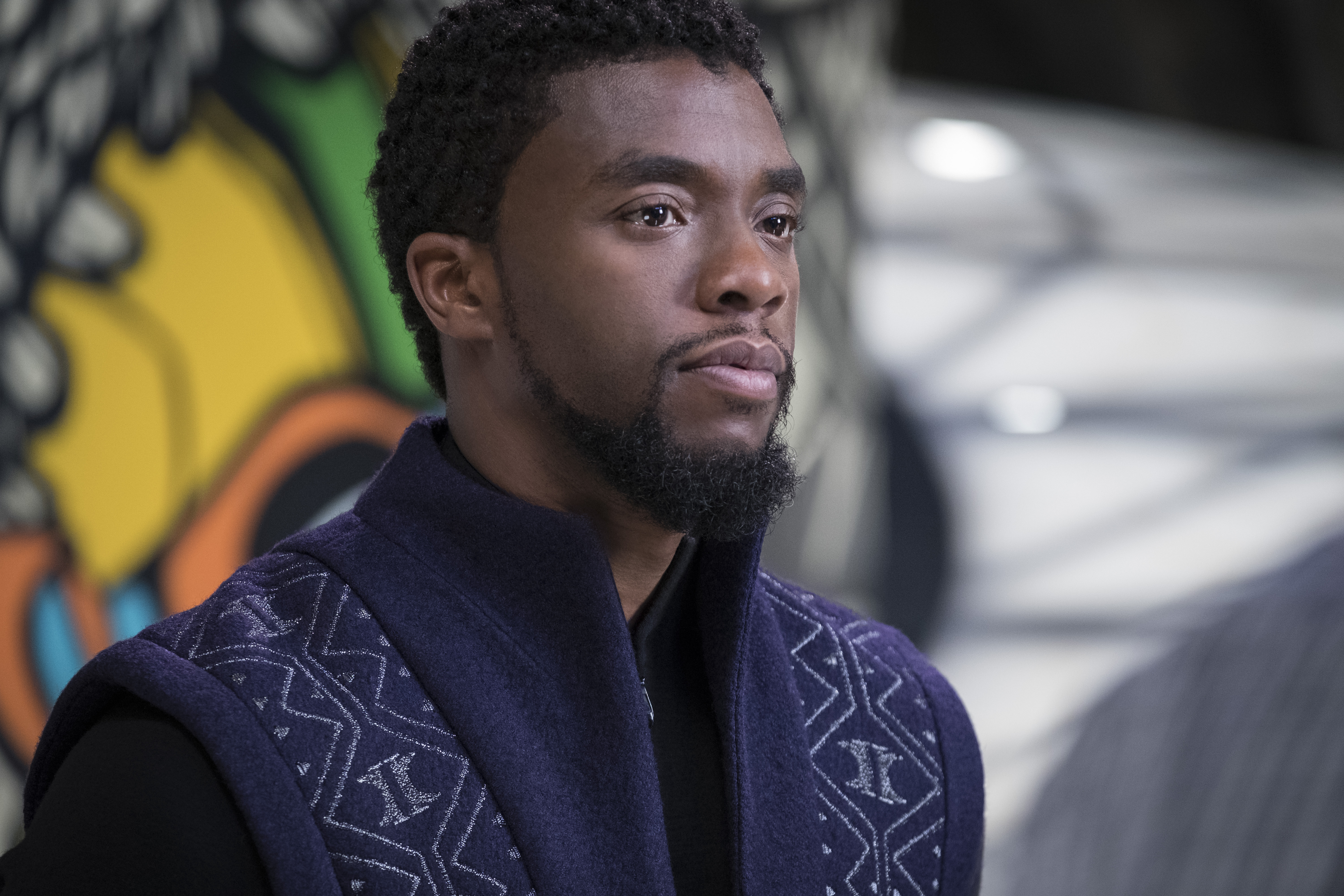 As much as I love superheroes and comic book movies, I do think we need a shakeup in the genre. We’ve seen a good shakeup in the comic book genre with movies like ‘Logan’ and ‘Wonder Woman.’ However, I believe ‘Black Panther’ will heavily help with that shakeup. ‘Black Panther’ is a sign for the future that Hollywood isn’t afraid to make changes, bring in a diverse cast and show how new doors can be opened and accepted for cultural advancements on the big screen. One of the trailers even plays the song Gil Scott-Heron’s “The Revolution Will Not Be Televised.” I feel like that is a little subliminal hint that this will be a revolutionary film and something to be seen on the big screen. Maybe I’m just looking too deep into things because I’m an excited fanboy. Just from the trailers alone, I love the attention to details of African culture, fashion, and history. Marvel is showing how people can make a movie that doesn’t water down the culture or people, and yet they make it something special for everyone to enjoy no matter who you are or where you’re from. It’s a reminder of how far movies and our society have come. All cultures and people can be equitably represented, and that is something I and I think most people can agree on.

The three celestial beings, Mrs. Whatsit (Reese Witherspoon), Mrs. Who (Mindy Kaling) and Mrs. Which (Oprah Winfrey) in Disney’s A WRINKLE IN TIME, an epic adventure directed by Ava DuVernay and bsed on Madeleine L’Engle’s timeless classic which takes audiences across dimensioins of time and space, examining the nature of darkness versus light and ultimately, the triumph of love.

Ava DuVernay is a phenomenal director and the cast that she has assembled to recreate one of my favorite books of all time is a force with which to be reckoned. From Oprah and Mindy Kaling to Reese Witherspoon and Chris Pine, I can’t wait to see what they bring to each of their roles. The visuals released in the trailers continue to get better and more stunning with each reveal. A Wrinkle in Time holds a very special place in my heart as probably the first or one of the very first introductions I had to sci-fi. I have come to love and appreciate sci-fi as this incredibly vast genre, and I’d like to believe that is in part thanks to this story. We are in for a real treat with “Wrinkle in Time.” Don’t worry! You still have time to read the first book in the series before the release on March 9th! 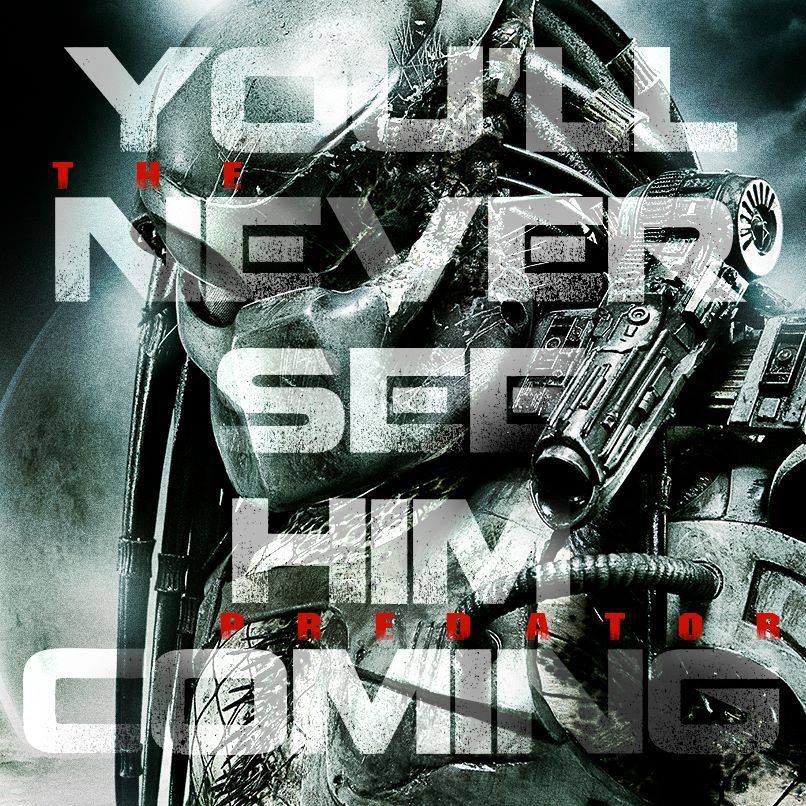 As excited as I am to see all the latest superhero battles blast into my local theater, I must admit, I am way more enthused to see a Predator splatter some blood onto the silver screen once again. Shane Black – writer of Lethal Weapon 1 & 2, director of Kiss Kiss Bang Bang and The Nice Guys, and who also co-starred in the original Predator film – will be helming the return of the action-packed alien franchise. That already is a big draw for me. Based on what I’ve been reading about the production, it’s said to be a direct sequel to the 1987 classic, with ties to the 1990 sequel – Jake Busey is cast as the son of Gary Busey’s character from Predator 2 – but will take place before 2010’s Predators. This has me very intrigued. The casting is also quite diverse and an interesting combination of up-and-comers and hot ticket actors – Boyd Holbrook (Narcos, Logan), Olivia Munn (X-Men: Apocalypse), Keegan-Michael Key (Keanu), Sterling K. Brown (This is Us) – along with not-so-A-List performers – Jake Busey (Starship Troopers), Thomas Jane (2004’s The Punisher), Yvonne Strahovski (Chuck, The Handmaid’s Tale… Oh, wait, I guess she’s a hot ticket after all). We’ll also get to see screen legend Edward James Olmos, and somewhere in the middle of all the chaos, adorable Jacob Tremblay. Say it with me… “Awwww.” A lot of collaborators from the franchise are banding together to bring back that “event” feel to the franchise. I truly hope that’s the case because I have always loved the Predator films, and find the Predator species to be more interesting than the xenomorphs of the Alien series. Yeah, I said that. And? It’s gonna be a long summer’s wait though because The Predator isn’t scheduled to drop until August 3rd. So, I hope it’s worth the wait. Fingers crossed for a Schwarzenegger cameo…

Wes Anderson’s films have never ceased to impress me. His unique visual style, eccentric musical selection, and clever, often amusing, dialogue provide fantastic fodder for both entertainment and deeper analysis. All of his films possess qualities that link them together on a grand scale, with one obvious outlier: the stop-motion Fantastic Mr. Fox. Isle of Dogs will be his second feature film entirely in stop motion. From the moment the trailer was released, I became captivated by the story, which follows a young Japanese boy on his search for his missing dog. Bill Murray, Edward Norton, and Tilda Swinton, all regulars of Anderson films, provide voice talent, along with Scarlett Johansson, Greta Gerwig, and other distinguished actors. Naturally, the dogs in the film can talk, and as a huge dog lover (to a fault, really), as well as an aficionado of Japanese culture, I’m certain I will love it. Hopefully, it will even surpass Moonrise Kingdom as my favorite Wes Anderson film. 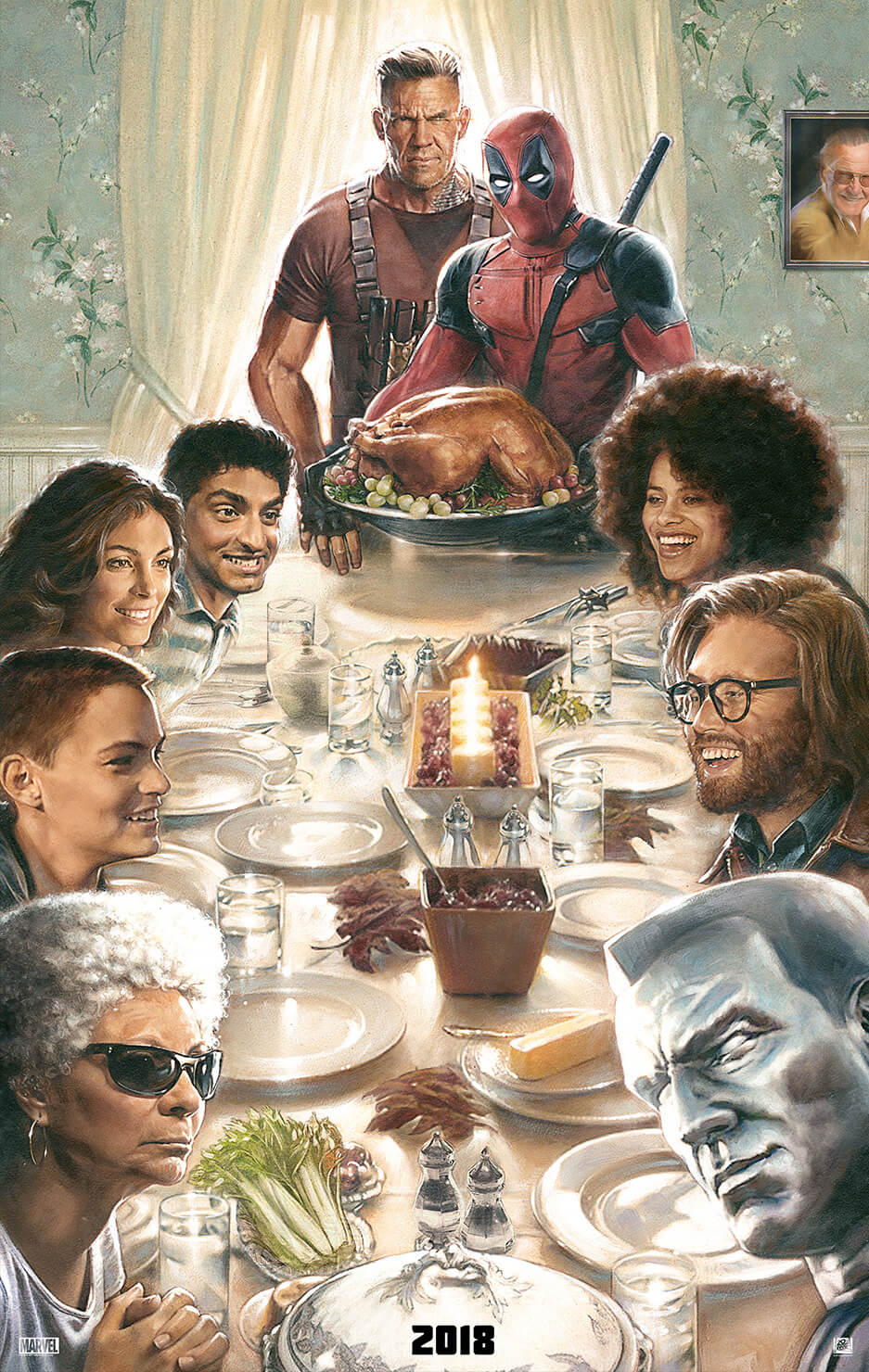 Between the ‘Superman’ phone booth parody before ‘Logan’ last year and the more recent Bob Ross parody, we still have no clue where ‘Deadpool 2’ is taking audiences this May. Even if 2018 is loaded with superhero movies more than any other year, ‘Deadpool 2’ is the one to watch. The 2016 film captured lightning in a bottle, showing studios that R-rated superhero films actually work. Even with a new director, there’s a solid chance that ‘Deadpool 2’ will be a worthy sequel. Ryan Reynolds is unquestionably born for the role as the “Merc with a Mouth,” and it’ll be a delight seeing him reprise the role again. It’ll be interesting to see how Josh Brolin will pull off superhero double duty this year as both Cable here and Thanos in ‘Avengers: Infinity War.’ Come May 18th; we’ll be ready for another round of Chimichangas. 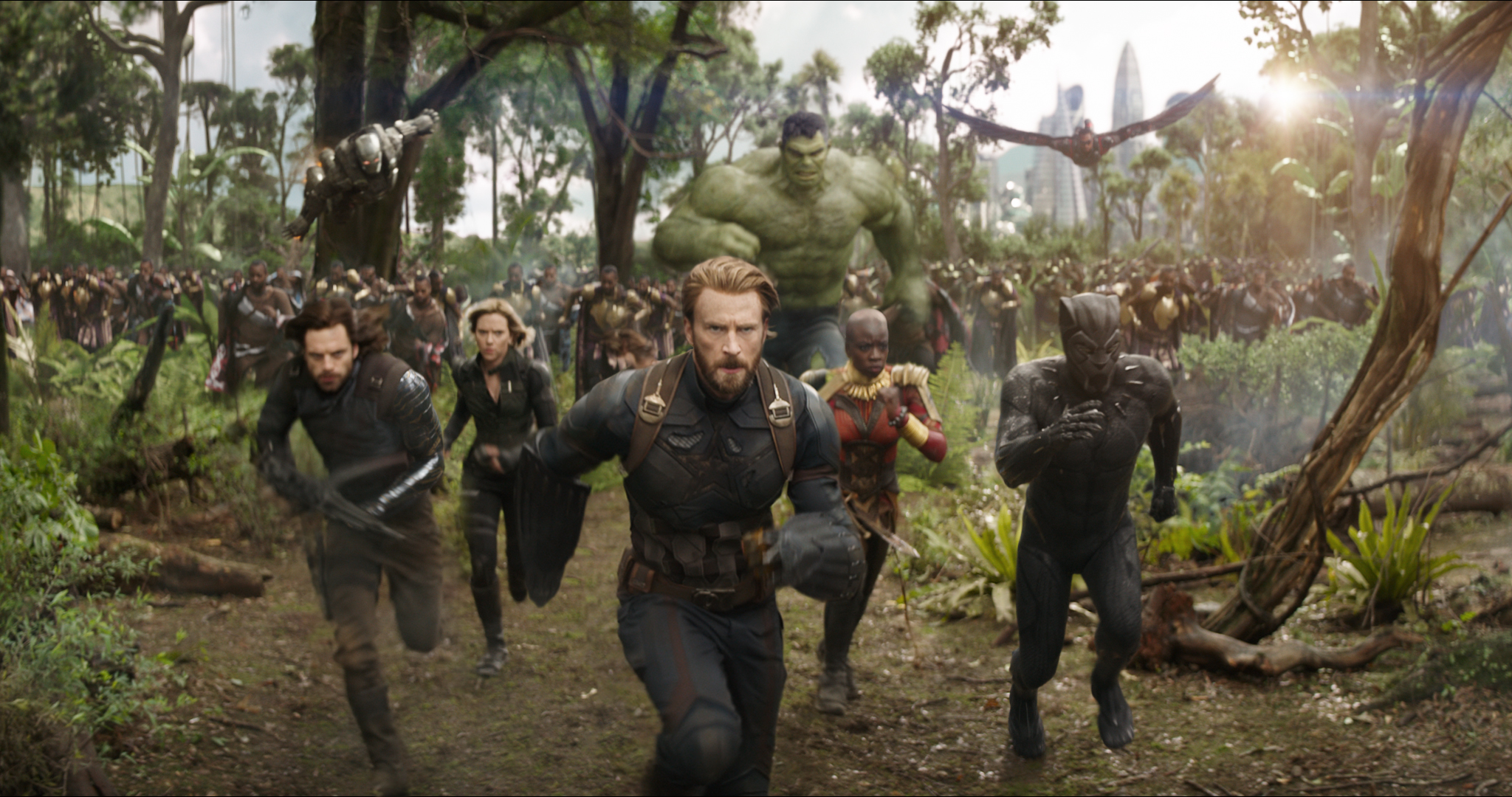 My most anticipated movie of 2018 is Avengers: Infinity War (I know… how shocking) but the reason it’s my #1 is because this is where the Marvel Cinematic Universe has been leading up to. We’ve been following most of these characters for a decade, and there has been so much build-up leading up this installment, especially with Thanos, that I can’t help but feel very excited. It’s really exciting knowing that we get to see characters like Iron Man, Spider-Man, Doctor Strange, Captain America, Black Panther, Thor, Hulk, Guardians of the Galaxy (finally!), and many others teaming up together to take down Thanos and whatever army he plans to throw in. I’m not worried about the amount of characters we’re getting in this installment because after seeing how The Russo Brothers handled “Captain America: Civil War” with the amount of the characters that movie had, it already gives me full faith that they will be able to balance the number of characters without coming off as jumbled, Superhero movies bring me a lot of joy, and while I know there are plenty out there that are fatigued with these movies (which is understandable), I can never get tired of these movies because it brings me something that a movie should be able to do… entertain you but also bring you joy and deliver you that cinematic experience that you’ll remember for years.

Coming from a non-horror fanboy, David Gordon Green’s “Halloween” has me more hyped than any mainstream film release in 2018. Green is co-writing the screenplay with Danny McBride and is described as “the sequel” to John Carpenter’s 1978 horror classic of the same name, pushing aside everything post-“Halloween.” Jamie Lee Curtis returning as Laurie Strode is insanity, but with the amount of passion placed in this project and with Carpenter and Jason Blum behind it as producers, this is bound for success! This is destined for greatness, and hopefully, it doesn’t disappoint! 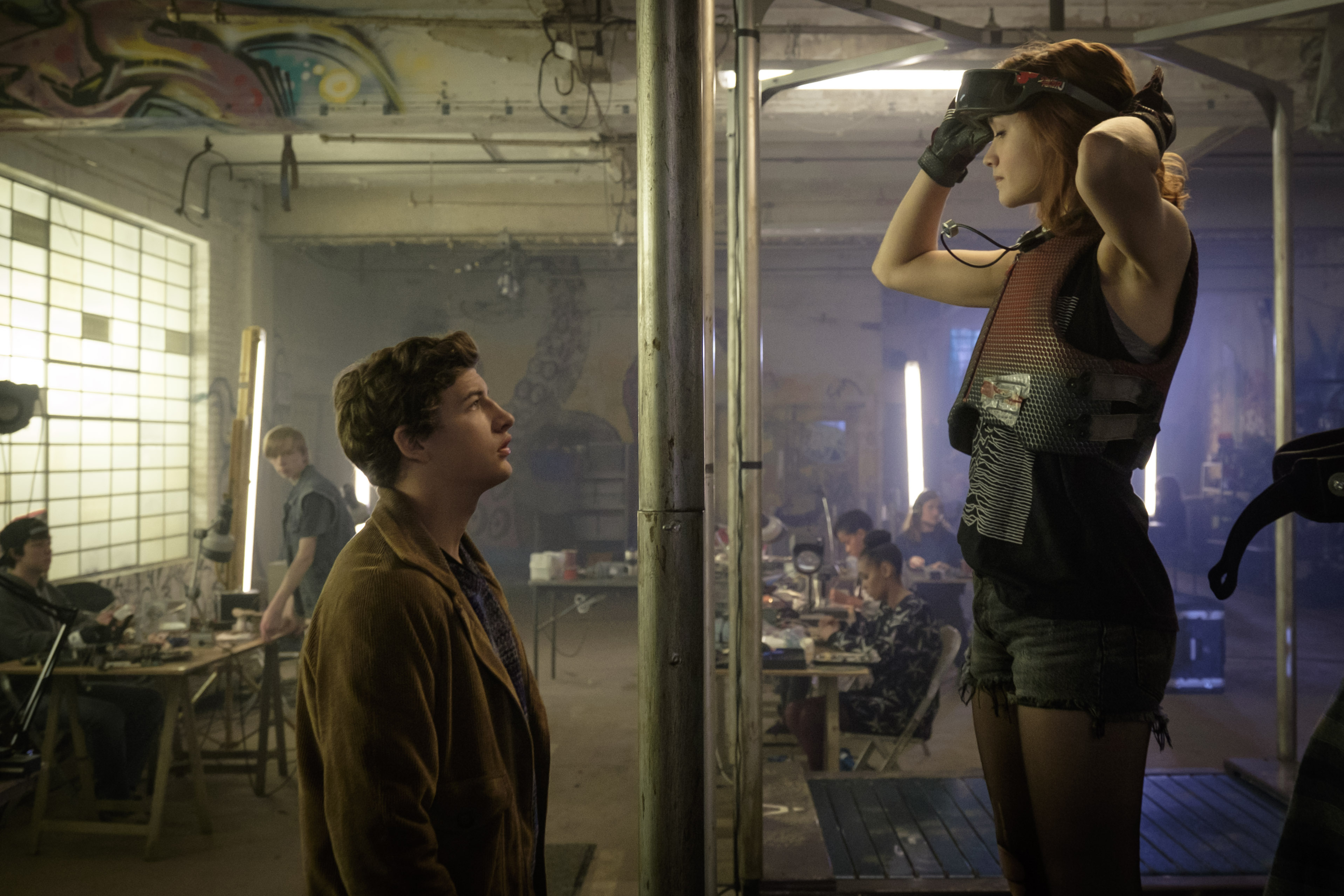 Out of the upcoming 2018 films, ‘Ready Player One’ perhaps has me the most interested. It’s hard not to be excited when Steven Spielberg helms sci-fi blockbuster material. On top of that, it’s based on an acclaimed novel, has a real love for nerd culture, and features some crazy visual effects based on the trailer. Bonus: Tye Sheridan in a lead role. 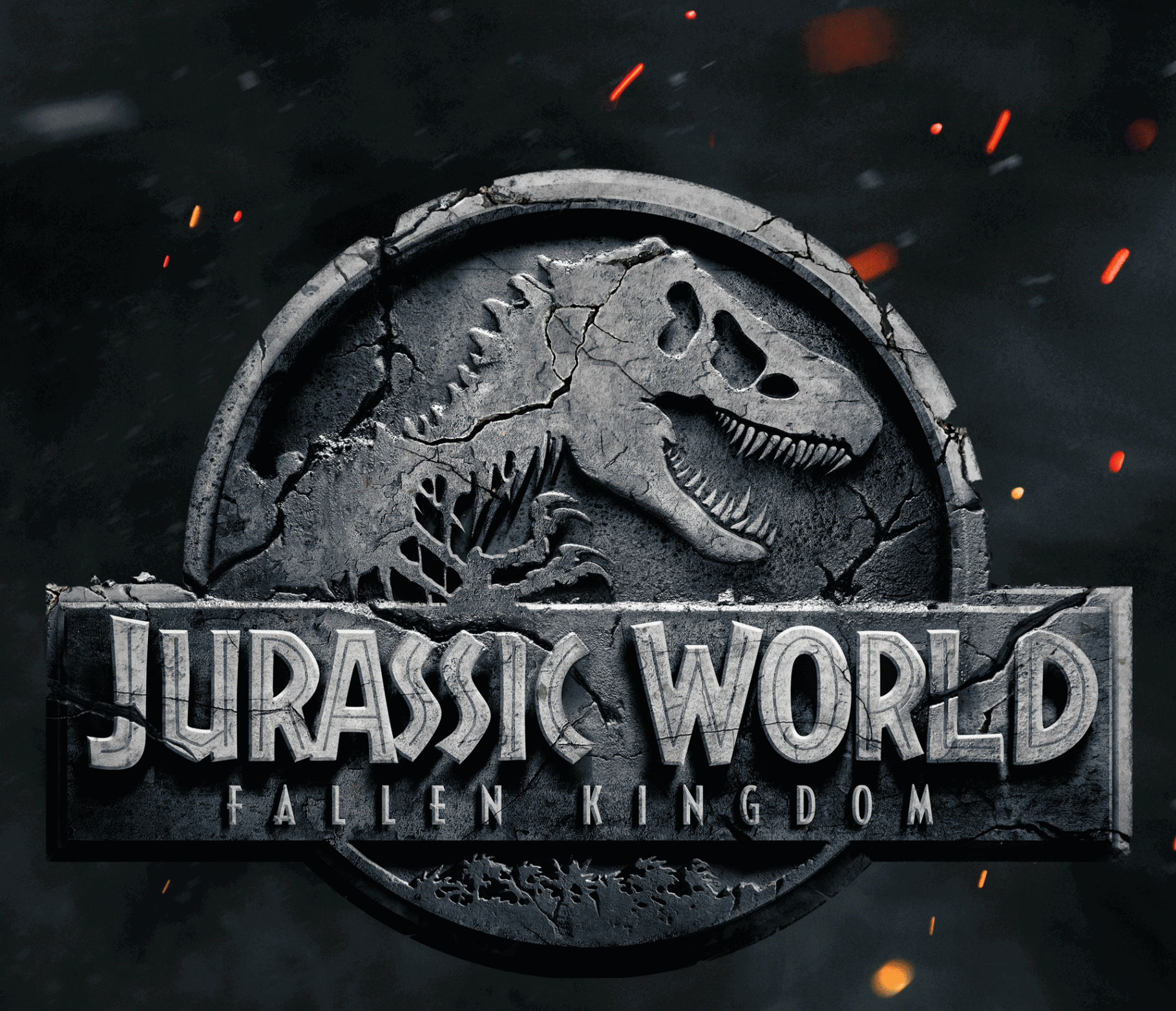 In 1993, Jurassic Park was released into theaters. As a 10 year old boy who grew up studying and playing with dinosaur figures, I was mesmerized by the film. I watched Jurassic Park over and over again throughout the years and still to this day love it. When Universal rebooted Jurassic Park and turned it into Jurassic World back in 2015, I was excited at first but after seeing it was incredibly letdown. When I first heard about Jurassic World 2, I wasn’t excited but when I learned that the film was being directed by J.A. Bayona, I became immediately more hopeful. The first teaser trailer was released a few weeks ago and my inner 10 year old got excited. Jurassic World: Fallen Kingdom looks like it is going to be a lot of fun with a ton of intense dinosaur action. Plus Jeff Goldblum is back and who doesn’t need a little more Goldblum in their lives?
Tweet
Share10
Pin
10 Shares 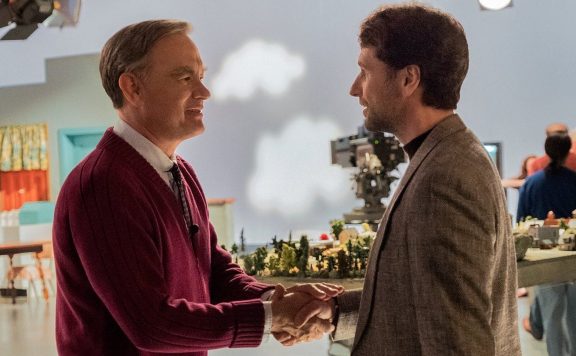 A Beautiful Day in the Neighborhood trailer has arrived and the feels are real.
July 22, 2019 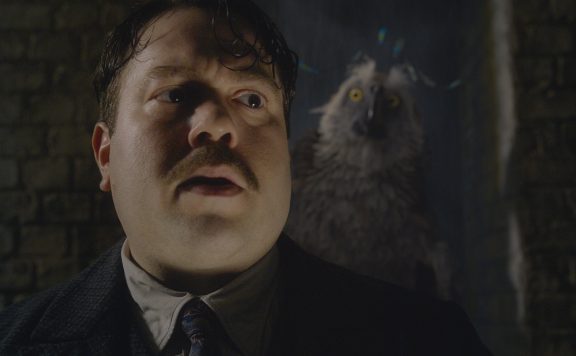 Dan Fogler on Fantastic Beasts: The Crimes of Grindelwald, Jacob’s future, and how Harry Potter compares to Star Wars.
November 12, 2018

We Live Entertainment’s Most Anticipated Films of 2018

We Live Entertainment's Most Anticipated Films of 2018 It's that time of the year again where we start to look forward to a full year of wonderful cinema. Here at We Live Entertainment, we've decided to ask our fans and contributors to tal...
0
Average User Rating
0 votes
Please sign in to rate.