The sudden death of Anton Yelchin in 2016 hit pretty hard. It was a senseless accident caused by an automobile the manufacturer knew should have been recalled. Yelchin was only 27 and had a lot more work to do in his life. This Sundance, Love, Antosha premiered to celebrate the life of Anton Yelchin. 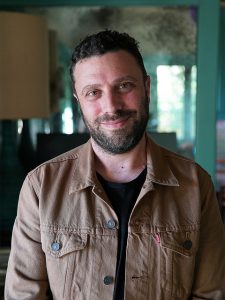 Garrett Price directed Love, Antosha which combines interviews with Yelchin’s colleagues, family and friends, home movies, his own letters (read by Nicolas Cage!) and film clips to tell Yelchin’s story. We spoke with Doremus and Price in Sundance.

WLE: I know Drake directed Anton. Garret, what was your history with Anton?

GP: I met Anton through this project. I think that’s why Drake reached out when his parents initially reached out to him to garner his interest in possibly coming onto this film. He knew he was too close to Anton to properly tell his story, so Drake recommended me. I went and met with Victor and Irina and started hearing all the stories about their son. I was amazed by what a complex and layered human being he was and I was drawn in immediately and wanted to tell his story.

WLE: How did you choose the most adorable home movies of Anton?

DD: So much footage.

GP: So much. You could do it blindfolded and not go wrong, but I think each clip used was appropriate to the story I was telling in the structure I was telling it so I’m glad you connected to those. There was tons. I had a lot of interviews and projects to get through in the story. There’s been a lot of creative outlets Anton had. We had 60 plus interviews for this project.

DD: What’s so cool about the film is that the Yelchins really did give full autonomy to Garrett and he made the film he wanted to make completely uncompromised. Also one of the things I’m most proud of in this film is that it’s not a glossy, perfect portrait of a life. There’s darkness. There’s chaos. There’s self-doubt. It’s the truth about what it’s like to be an artist and try to search for meaning in things. That’s what I love most about the film. The Yelchins were so supportive in that. I think it’s what Anton would have loved most about the film, that it’s the truth.

WLE: How did you land on Nicolas Cage to be the voice of Anton’s letters?

DD: I think we really felt like Anton and Nic Cage are kindred spirits in many ways in their career paths, their choices, their interests, their eccentricities, their passion. Those things just kinda really lined up. They worked together in the Paul Schrader film. Nic was a huge fan of Anton’s and really wanted to participate so it just kind of felt like the idea that he’s reading his words is kind of a futuristic, if Anton had gotten to that point in his life and his career, that Nic would kind of be the perfect kindred spirit. It just kind of made the most sense creatively I think.

GP: He was amazing and he was in from day one when we reached out.

DD: It was very emotional for him. He stopped the first take he did on the first try. He stopped and had to collect himself. It was a very emotional day for him but also I think an important day. By the time he was done and watched the film, he literally said the words, “Oh man, what we’re doing is really important.” It really sank into him how important it was for him to be a part of the film the way he was. That just meant so much to us.

WLE: How did you come up with the style where the words scrawl across the pages live?

GP: Again, to me, we had to be in Anton’s point of view this whole film as much as possible. I just thought reading these entries, it’s the most direct way to get into his head. I think just animating those words and having Nic’s voice say them is the closest thing I get, besides just interviews that I researched and found. I wanted it to come from Anton’s point of view. That was my pitch from the beginning.

WLE: I got to see Anton’s naughty side at a press conference once.

GP: Yeah, tell us about that.

WLE: It’s a great story. At the Comic-Con press conference for Terminator: Salvation, Anton got a question about playing the young Kyle Reese. He had this very in-depth, elaborate answer about how he prepared and this teenager’s life growing up in the future war. And he concluded by saying, “And you know, he’s still a teenager. He didn’t ask to be the father of the savior of humanity. I’m sure some days he’d just like to jack it.” It really embarrassed McG and made him blush.

GP: It’s more innocent. Exploration, that’s the word we keep coming back to.

WLE: Martin Landau is no longer with us. How long before his passing did you get him?

GP: Two weeks before Martin passed away. I think it might have been Martin’s last interview on camera. His daughter has been a big supporter of this film. Everyone involved, I keep using the word profound because that’s what it’s been, this experience this past year making this film. Meeting all these people that meant so much to Anton. Even here in Park City, someone will ask what we’re here for and we tell them it’s a documentary on Anton, and everyone has an Anton story if he’s crossed their path. Whether waiting in line for a movie, no one’s ever forgotten the moment they met Anton, whether in person or on the screen. It’s amazing.

WLE: He had such a special connection to Sundance. How has it been premiering Love, Antosha at Sundance?

DD: I got so emotional at the premiere thinking about eight years ago being here with him and just being in that room, that energy, it’s so incredibly emotional. This is absolutely the place that it should premiere.

GP: When we brought Victor and Irina to the stage, they got a standing ovation.

DD: It was incredibly emotional. In the seven times I’ve come here, it was the most intense and most emotional I’ve ever experienced. There are so many great memories and a lot of them involve Anton. This one was the most. I’ll never forget that.

WLE: Was Antosha his nickname?

GP: Yeah, it’s essentially the nickname his parents gave him based off his name. It’s really personal between the three of them, his mom and dad and himself. That’s why I loved the title of it. It’s so embedded in the story because again, ultimately it’s a love letter to his parents.

WLE: Well, I’m so glad we got to talk about Anton.

DD: Thank you for your story. That meant a lot to us.

GP: Yeah, I love hearing that more than anything right now.

WLE: Oh good. I’m so glad to share that because it’s the first thing I remembered when I heard the terrible news.

GP: Like I said, everyone has an Anton story they remember. It’s so amazing. 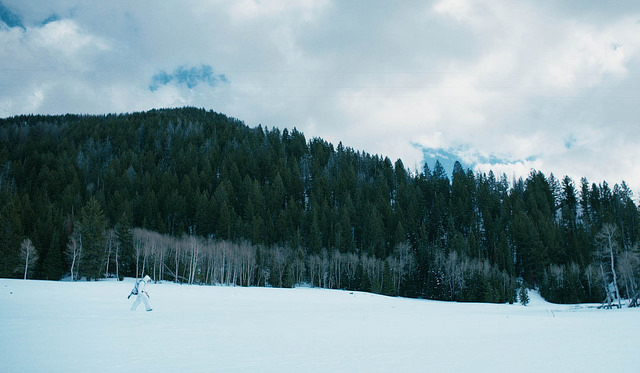 The sudden death of Anton Yelchin in 2016 hit pretty hard. It was a senseless accident caused by an automobile the manufacturer knew should have been recalled. Yelchin was only 27 and had a lot more work to do in his life. This Sundance, Lo...
0
Average User Rating
0 votes
Please sign in to rate.
Cast:Anton Yelchin, Irina Yelchin, Victor Yelchin
Director(s):Garrett Price
Genre:Documentary