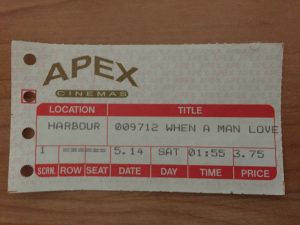 When a Man Loves a Woman opened in New York and L.A. 25 years ago today. It didn’t make it to Annapolis until May 13, the same weekend The Crow opened. I wanted to see The Crow again, and I would ultimately see it four times in the theater, but there were other new movies out that weekend. I wasn’t a particular fan of Meg Ryan’s precocious rom-com persona (I was a snotty teenager) but this is the movie that really impressed me with her dramatic skills. 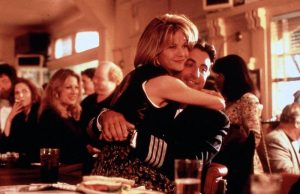 Ryan turns on the charm when Alice (Ryan) and Michael (Andy Garcia) are happy together. You can see why they’re in love and what a threat to their stability her alcoholism is. You see, When a Man Loves a Woman is the story of a family coping with alcoholism. You don’t get that from the poster of Ryan and Garcia cuddling on a park bench! 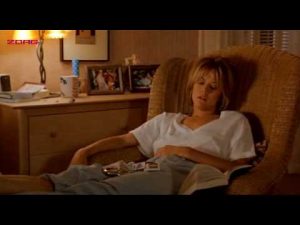 Some of Alice’s manifestations could play as cute in a different movie. Falling out of a rowboat and locking herself out of the house in the middle of the night would be endearing if it wasn’t commonplace that she can’t stand up straight and went outside to hide her stash. By act two it’s clear this isn’t When Sleepless Met Sally. She follows up any potentially adorable scene with a rock bottom so stark you wouldn’t wish it on anyone. 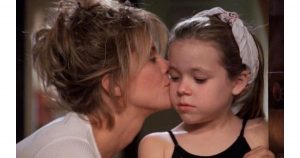 It’s most heartbreaking when Alice is mean to her kids. She slaps her oldest but that’s not even as bad as letting her discover her mom slumped over in a shattered shower. It’s honest about how the kids notice her behavior too. Even when Alice goes to rehab, their daughters start revealing to Michael that they noticed Alice’s erratic behavior for a long time. 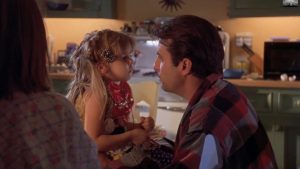 I saw When A Man Loves a Woman because I saw everything but this probably reached a lot of people who needed it. A drama about alcoholism isn’t exactly a hot ticket, but sold as a Meg Ryan love story with leading man Garcia, that’s a date night. And then maybe you can start a difficult conversation. 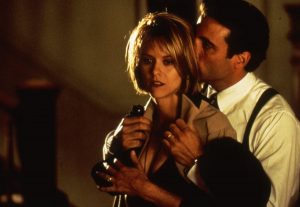 It deals with a lot of common assumptions. Alice really has to go through rehab alone and Michael has to let her even when they remove him from the situation too. The readjustment is difficult too and Alice being sober illuminates problems they had in their marriage before the drinking. Dramatizing how Michael’s well intentioned desire to fix things is actually destructive could help people in more situations than just alcoholism, and it’s probably more than I understood as a teenager. 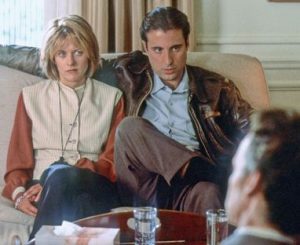 The idea that their relationship worked when she was drunk because he could fix her every morning is deep. That’s how codependency works and they have to redefine it when she gets healthy. I probably wasn’t as familiar with Everybody Hurts in 1994. That’s a tad on the nose for the Dark Night of the Soul section of the movie but I celebrate When a Man Loves a Woman for going there. I guess it’s no more on the nose than the film’s namesake song. 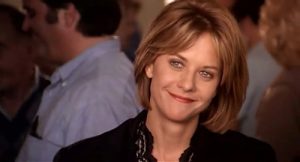 There were some valid concerns that Ryan was still too glamorous for her character. Most people drinking a quart a day probably couldn’t maintain a body like Ryan’s. They do the Hollywood “no makeup but still makeup” look when she’s in detox. I think the film gets the emotional toil right so it’s an acceptable trade. It probably didn’t have the budget for Ryan to do a full Raging Bull. She still had to work in studio fluff so couldn’t get so committed to one movie to take her out of ingenue roles. That’s sexist. A man could but it’s 25 years later and we’re still dealing with double standards. 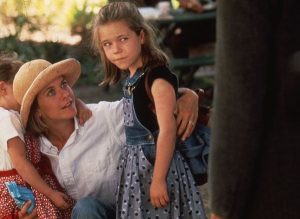 There are some good future celebrities in supporting roles too. Philip Seymour Hoffman plays a fellow 12 stepper back when he would just show up in movies like Scent of a Woman, this and Twister. Baby Mae Whitman and Tina Majorino play Alice and Michael’s daughters and both continue to work. Majorino became THE child actor of ‘90s movies. 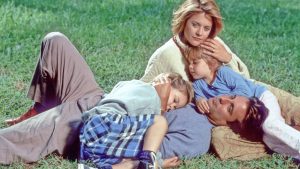 Released just before the summer, When a Man Loves a Woman didn’t make any waves by the time award season came around. But it made $50 million in theaters which was solid business for a ‘90s movie, and showed the value of dealing with serious subjects in theaters as opposed to TV issue movies. 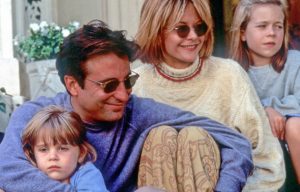 Ryan would do drama again in Courage Under Fire which I loved with its Rashomon military mystery, but she was back in rom-coms by Christmas with I.Q. and the following spring’s French Kiss. She was always able to go back and forth, and usually made about two for them for every one for her. She directed a movie but for the most part seems happy with her choice to stop playing the Hollywood game altogether.