Describing Alex Garland’s Men as tense and disturbing feels about right. It has other things going on, namely the manifestation of what it can be like for women dealing with a revolving door of toxic masculinity. Still, as a horror film, it’s effective. Does it do enough to keep my mind racing with thoughts? Well, that’s a more complicated thing to consider. As an arthouse horror film, Garland pushes his metaphor to the forefront with uncomfortable results in relation to the story being told. This film will not be for everyone, including big horror fans. That’s par for the course when it comes to horror releases from A24, but even then, I do wonder if sensationalist choices outweigh incisive observations about reality.

Jessie Buckley stars as Harper, a woman who has retreated to the English countryside to be alone and have a chance to heal following the death of her husband (Paapa Essiedu). While the lavish cottage Harper has rented seems like something out of a beautiful storybook, she soon finds herself dealing with the presence of another – something that’s not right, possibly dangerous, and very male.

While deliberately paced, Men doesn’t try to hide its intentions as a horror film or psychological thriller. We quickly understand that Harper is dealing with some intense recent history. Additionally, as idyllic as her rented residence may be, Garland and cinematographer Rob Hardy know how to properly match the mystique of this location with sinister underpinnings thanks to curious angles outlining vulnerabilities. It’s a neat trick as far as supplying a sense of geography as well as foreboding. 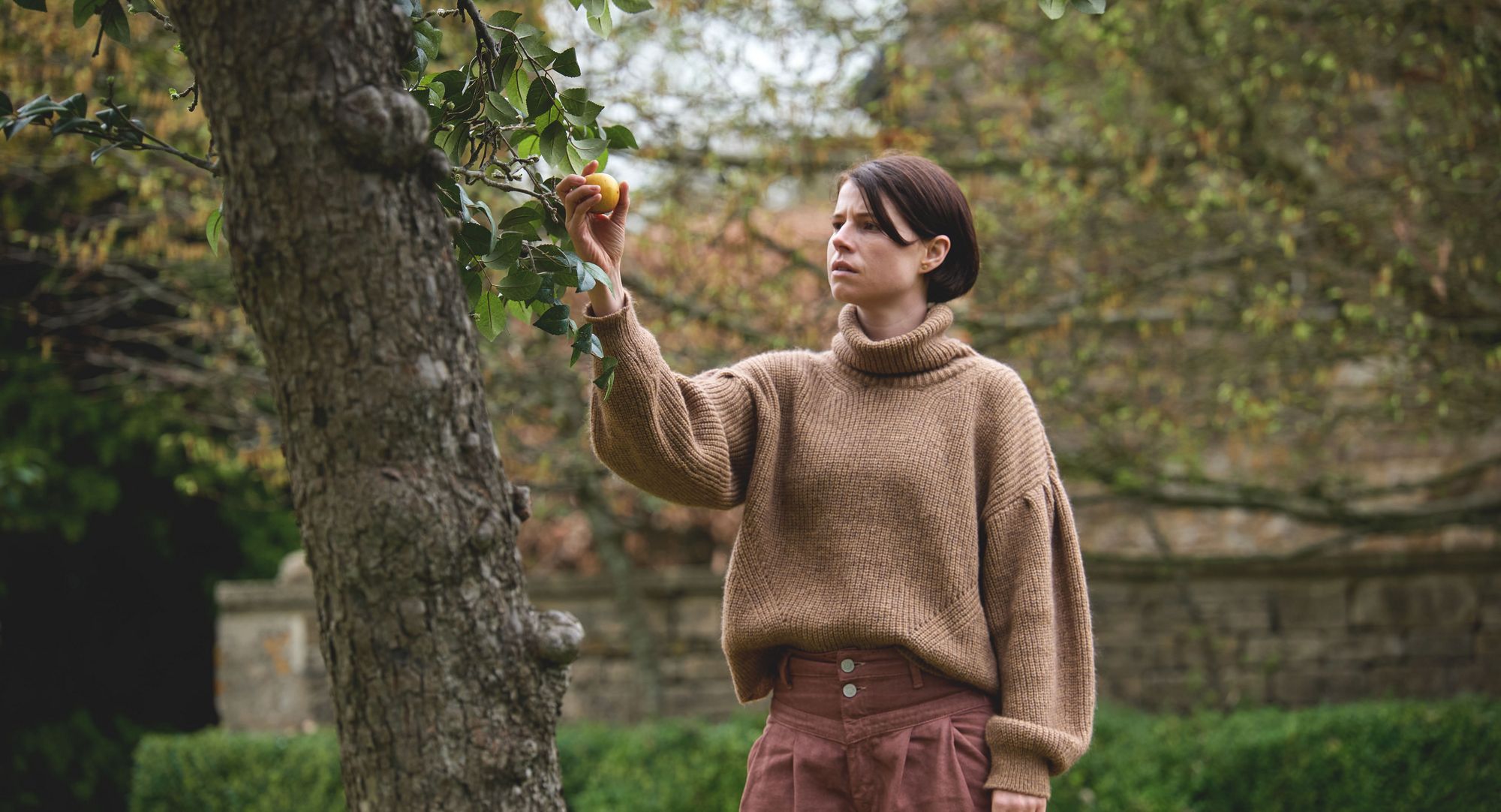 Another neat trick – the use of co-star Rory Kinnear. We first meet him as Geoffrey, the nice but nosy landlord. Over time, we come to understand that Kinnear will be portraying all the men in the vicinity of where Harper is staying. This ranges from an out-of-time vicar to a foul-mouthed child (the unsettling CG used to make this work is just some of the creepy imagery scattered throughout Men).

Is there an unintentional rift in the concept of a film ideally designed to elevate women when considering that Kinnear has the showiest role? Or is this by design? A cruel joke forcing Buckley to push harder, even as she settles for mostly being reactionary to the increasingly intense shenanigans going on around her. Men does not leave Buckley in the wind, hoping she can grasp onto something, and perhaps that’s why the film ultimately succeeds as well as it does.

There’s no shortage of gorgeous visuals presented, whether it’s a focus on the stunning English countryside or the way darkness intrudes on such a serene location. With that in mind, this can only go so far without someone properly settling into the lead role and firmly showing that plenty is going on inside their head. Harper has a lot to be upset about, given what we learn about the relationship with her formerly living husband. As a result, she’s dealing with grief and guilt while contending with being around someone who made awful decisions. Buckley does well in realizing this. 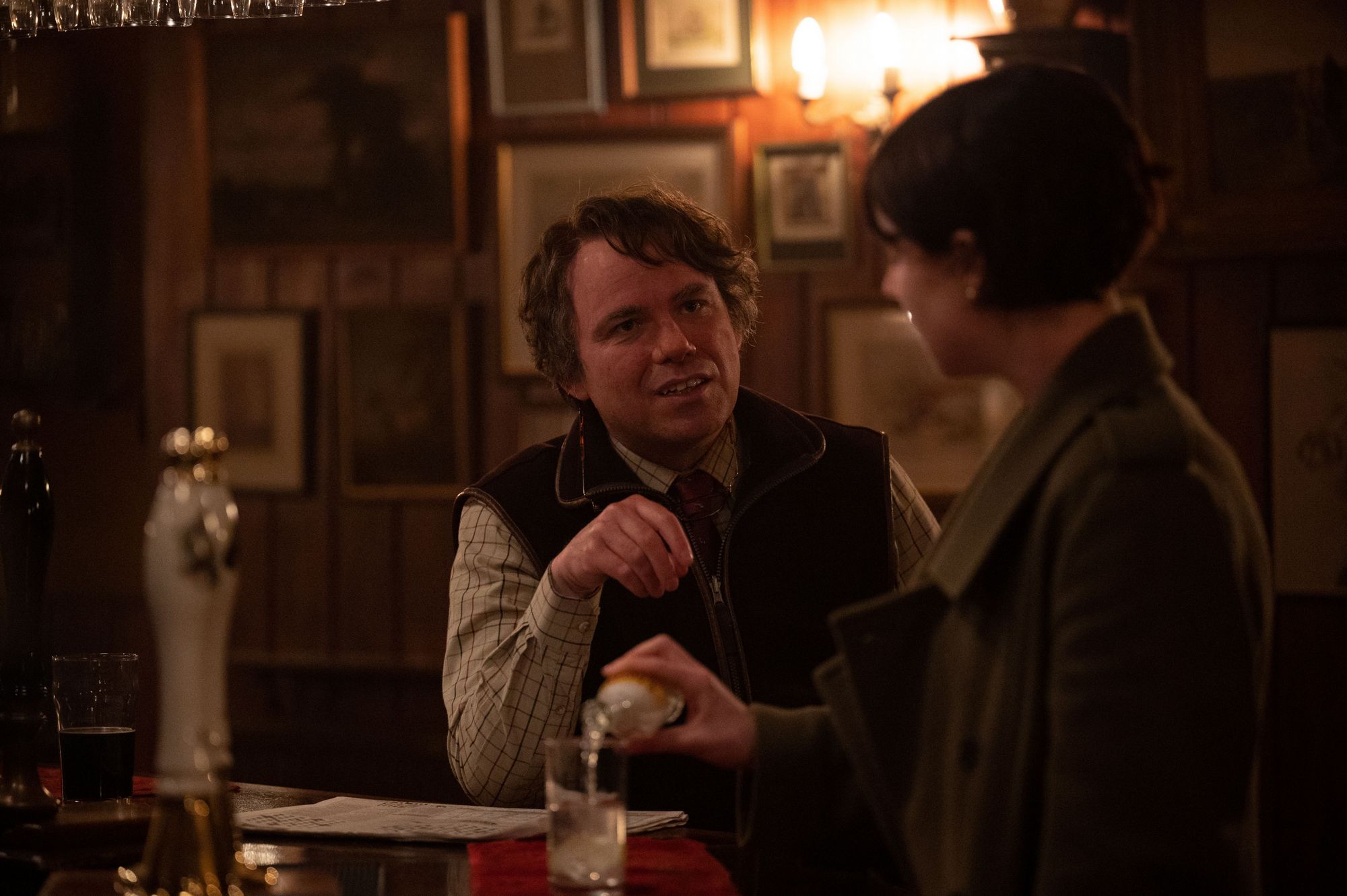 Whether or not one looks at how the rest of the men featured in this film reflects the times or an inevitable cinematic topic, the choice made to assure Harper (and audiences) that it’s not just one man means making choices that will undoubtedly have an effect. Does the symbolism allow for further dissection going beyond the one main idea? This is something I’ll be wrestling with. Given the deliberate ambiguity being pushed, in addition to graphic violence and other wild forms of bloodshed, it’s a lot to take on a singular viewing, which, in turn, must then be turned into a critique that has enough answers.

That brings me back to what’s compelling about the film. Men is tense and disturbing. Being a mix of body and folk horror, Garland lets himself be as gruesome as possible while winning audiences over with his proven skills as a visual filmmaker. Just as he showed with Ex Machina and Annihilation, Garland clearly excels with open spaces and capturing characters within a frame in a way that can enhance their positioning or make them seem more isolated. Additionally, the score by Ben Salisbury and Geoff Barrow does plenty to enhance the atmosphere, with a particular emphasis made on echoes.

This all adds up to a feature that feels very assured in what it wants to accomplish, yet I’m not sure if it’s bold enough to remark on its themes or deep enough to earn certain results. A lot of this comes down to whether or not Men wants to lean into convention. So much of this film functions as a build-up (which I quite enjoyed) to some sort of showdown that one wants to see certain kinds of beats hit. Ideally, if it doesn’t hit those, the film pivots toward something unexpected yet rewarding. 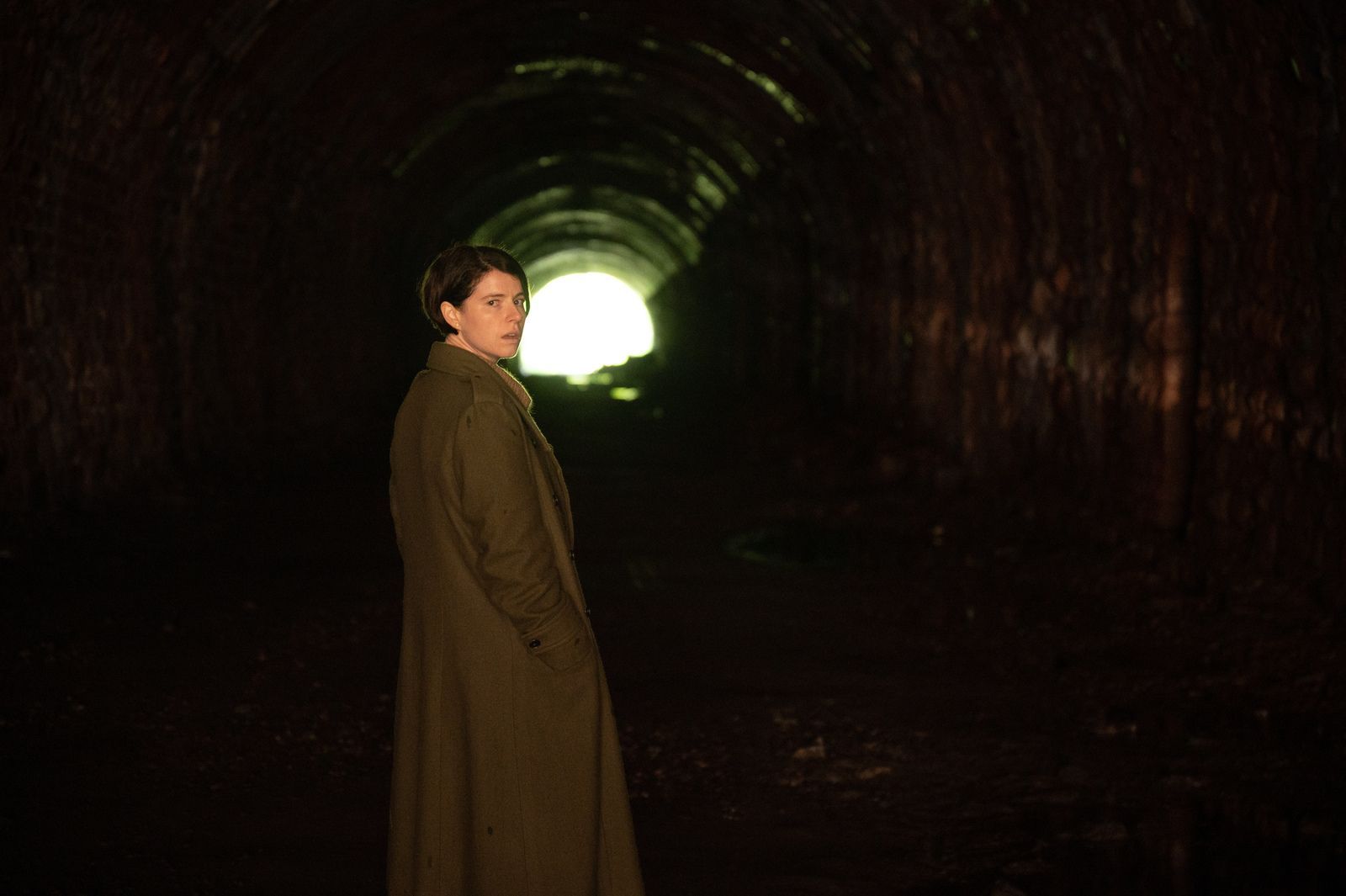 As of now, while unexpected in how the film climaxes, I can both appreciate the way this film wants to depict the continuous cycle of unhealthy patriarchy, yet I feel like I missed a more fulfilling conclusion. None of this takes away from the committed work coming from Buckley and Kinnear. Still, for all the ways these two work in delivering on terror, I think the script could have let them give me a bit more to consider.

Given the reputation A24 has when it comes to its horror movies (It Comes At Night, a film I thought was great, specifically comes to mind), at this point, how Men delivers on what its ads set up should not be too much of a surprise. It’s a carefully designed feature, focusing on a small number of performers, ramping up in moments, but not looking to go the conventional route of a studio horror film. I can’t say all the choices made add up to something all that profound, but there’s plenty of skill on display when considering how this film has been put together. We will see if that’s sufficient to scare men and women alike, but for now, being uncomfortable in the English countryside felt good enough. 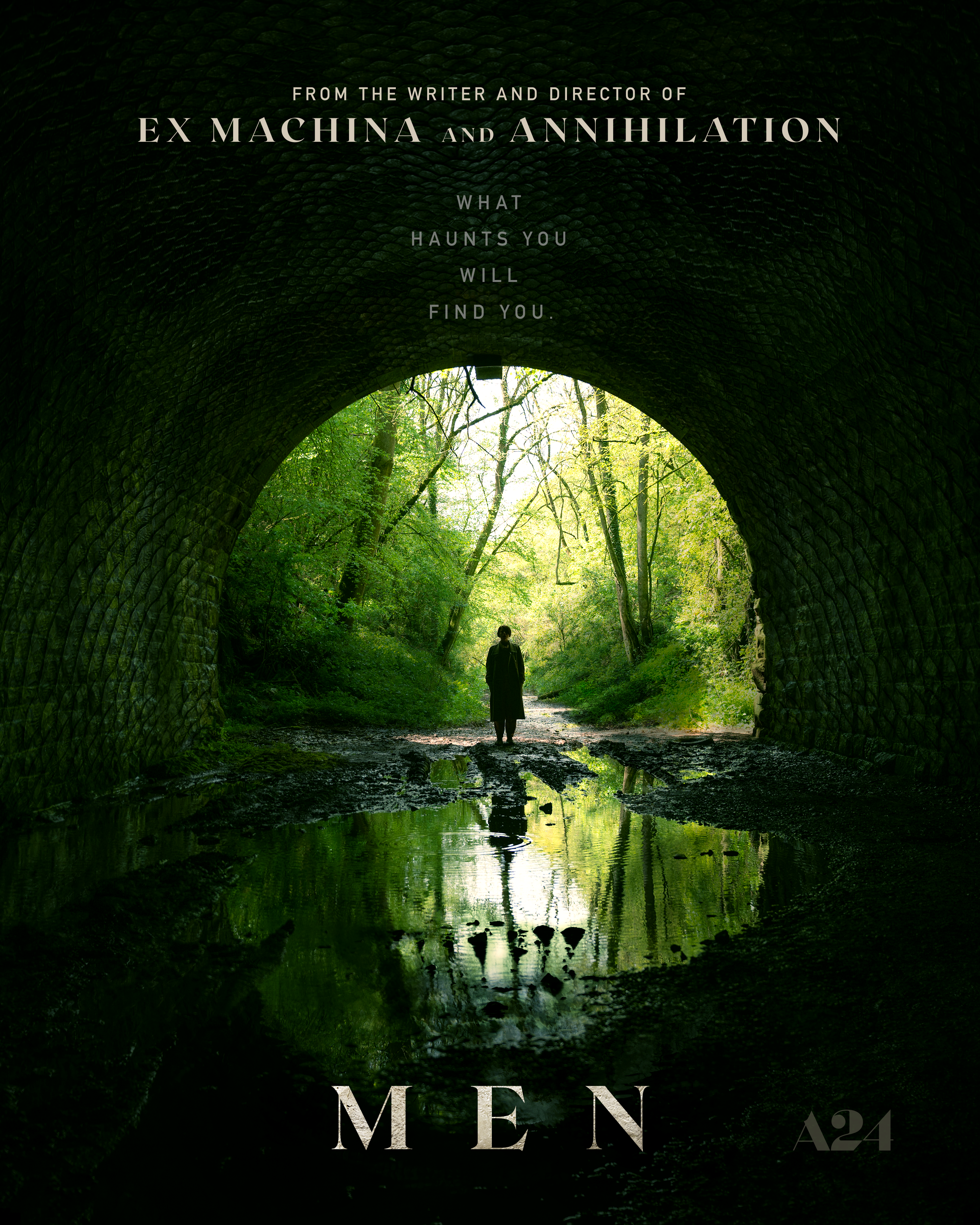 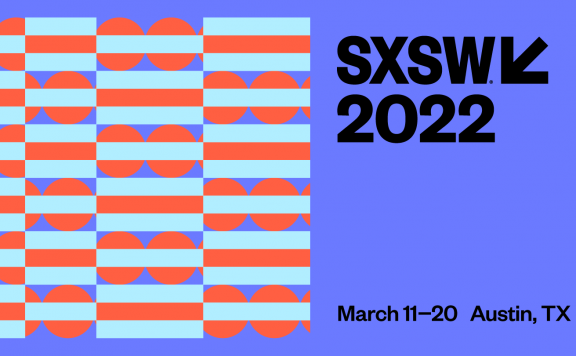 ‘Men’ Review: A24 Horror Vs. Horrors of the Patriarchy

In the aftermath of a personal tragedy, Harper (Jessie Buckley) retreats alone to the beautiful English countryside, hoping to have found a place to heal. But someone or something from the surrounding woods appears to be stalking her. What begins as simmering dread becomes a fully-formed nightmare, inhabited by her darkest memories and fears.
0
Average User Rating
0 votes
Please sign in to rate.
Film:Men
Cast:Gayle Rankin, Jessie Buckley, Paapa Essiedu, Rory Kinnear
Director(s):Alex Garland
Writer(s):Alex Garland
Genre:Horror
Studio(s):A24
MPAA Rating:R 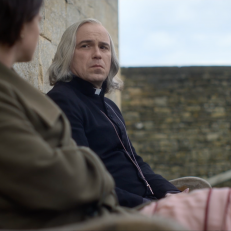 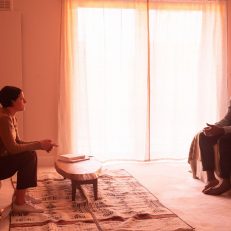 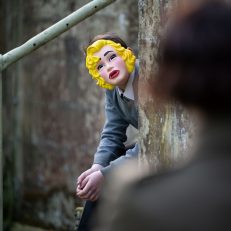 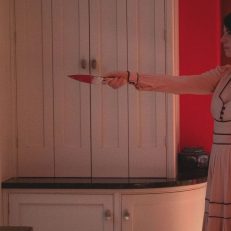 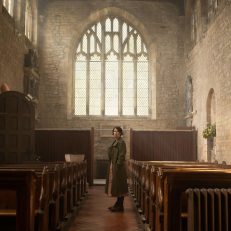 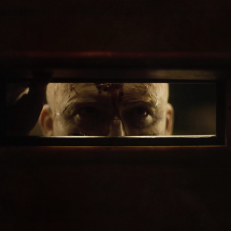 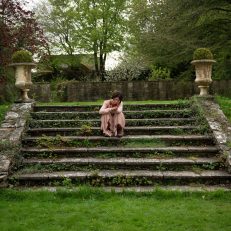 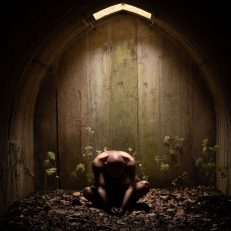