With satires of the one percent in ample supply these days, a film focused on those who love to eat- and more so those who love to talk about eating- was as inevitable as unsolicited pics of street tacos on Instagram. The secret ingredient of The Menu, from director Mark Mylod, is how well the cast pairs with the material. Starring Anya Taylor-Joy and Ralph Fiennes, it’s a game of wits between that chess prodigy from Queen’s Gambit versus the fiendish Voldemort. The rest of the cast endeavors to make your evening as pleasant as possible because, like Olive Garden, when you’re here, you’re family. And “family,” more often than not, can be deadly.

Around the mid-2000s, I had heard about a Thai restaurant that, in the late hours, had Thai singers dressed to the nines performing as Elvis, Celine Dion, and, my fav, Neil Young. Some fifteen years later, I’m still a regular at Palm’s Thai in Los Angeles. However, now I’m old, so lunch specials are more my thing. I’m rarely haunting the Hollywood staple in the wee hours of the night anymore. (I’m literally writing the review here, and my cashew nut chicken plate has arrived.) Years after, the hipster in me frequented a place for what was, I guess, considered kitsch by the mostly non-Asian customers is now a place I never tired of. Great food, a comfy interior, and a staff that knows what I’m getting before I take a seat: I’ll never trade this place for any hotspot, no matter how good the culinary arts are. 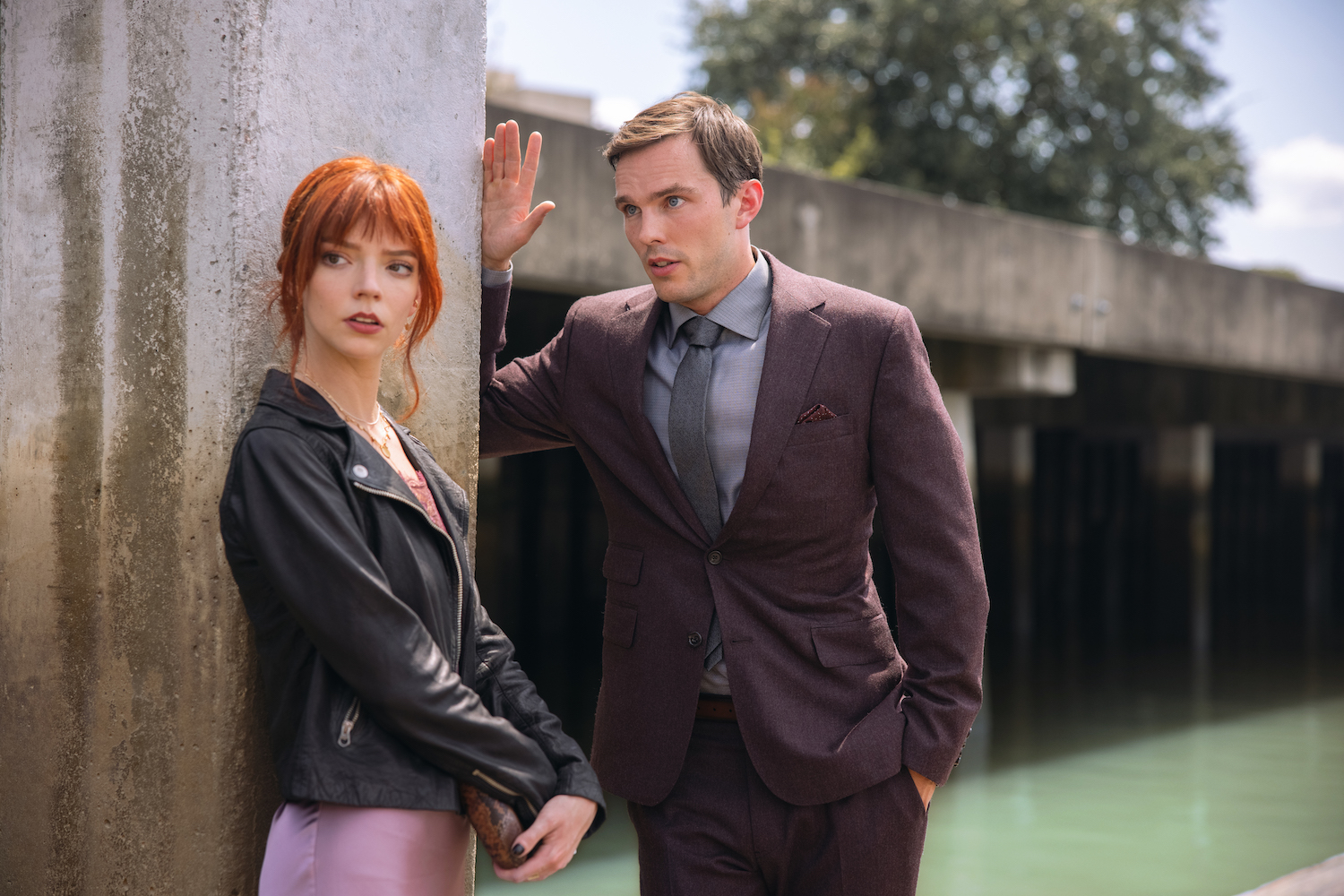 The same cannot be said for Tyler (Nicholas Hoult). He’s happily forked over nearly three grand on a reservation for two on a remote island hosted by world-renowned chef Slowick (Fiennes). Tyler knows all about Slowick, like a film fan knows Scorsese or Kurosawa. He the kind of guy who probably thinks of food as the ultimate artistic expression.

Tonight’s meal will be seven courses. Through what is consumed, a story will be told—one whose full picture won’t be revealed until the last bite. Along for the ride but nowhere as enamored with the foodie culture of patrons that give no thought to lavish spending on the sweet and savory is Margot (Taylor-Joy).

The rest of the guests include a celebrity actor (John Leguizamo) and his assistant, a food critic (Janet McTeer), a trio of venture capitalist bros, an older, cranky married couple, and… the chef’s mother Linda (Rebecca Coon). With the exception of Margot, the guests’ moral compass’ range from not great to downright terrible.

As entitlement seeps from their pours like sweat from a ‘just right’ spicy Ethiopian dish, the staff is another breed entirely. The kind that have slaved away for years just to work for Slowick and pretty much see him as a cult leader whom they’ve gladly drunk the Kool-Aid. “We harvest. We ferment. We gel.” they chant. Do we think what will happen to the wealthy jerk guests is somewhat justified? 100%. Do we also believe the supposed genius of Slowick is still part of the problem? We absolutely do. 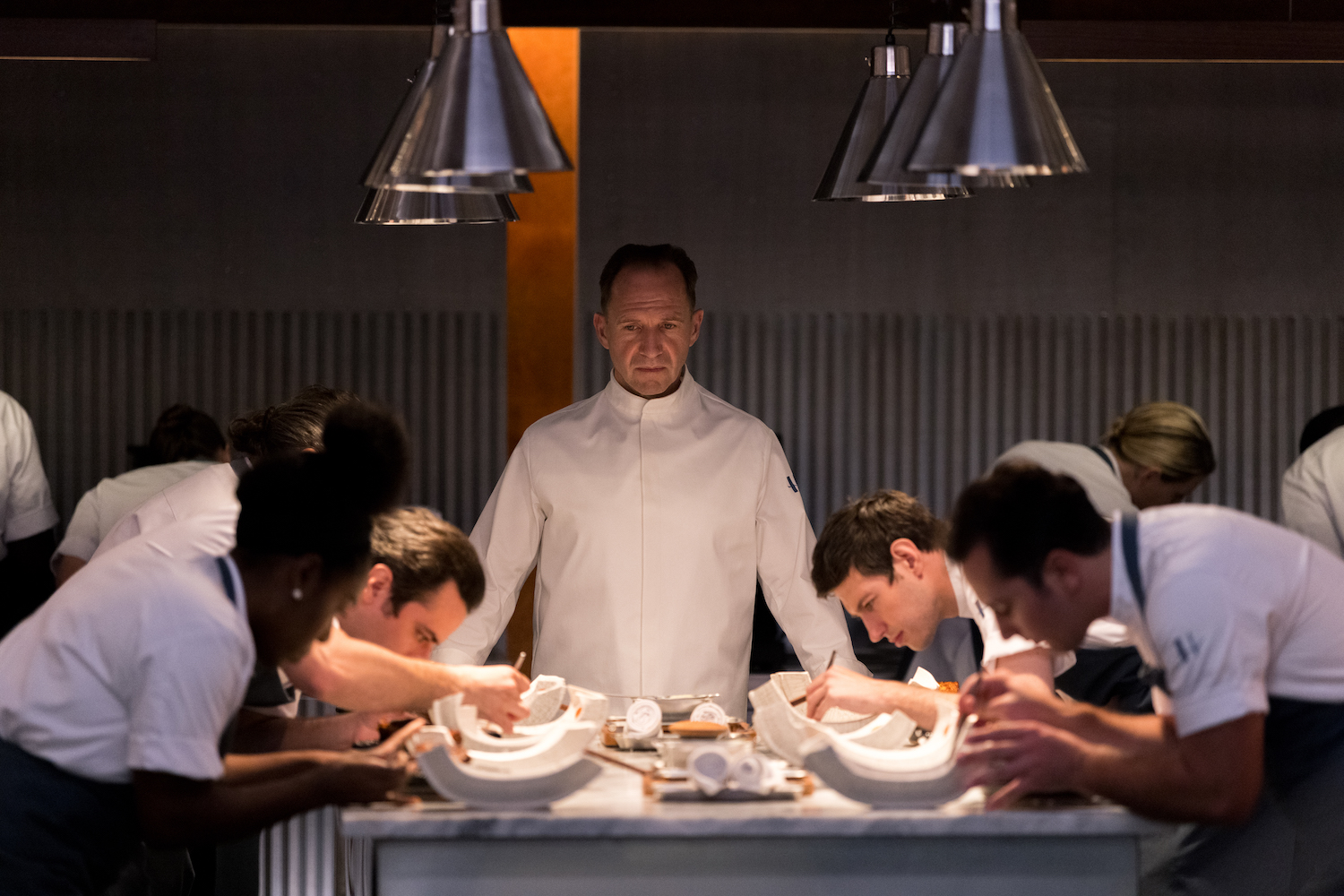 Like 2020’s The Hunt, The Menu works primarily as a black comedy thriller where most everyone will receive their just desserts. I say “most everyone” because, like that film’s heroine played by G.L.O.W.’s Betty Gilpin, Anya Taylor-Joy is not 100% onboard with the patrons or the staff. She is in essence, the audience stand-in. Taylor-Joy goes toe-to-toe with Fiennes, and the banter is sharp.

Along the way the rest of the cast, like Hong Chau as Fiennes’ second-in-command, are always on point. Like a fine dining chic place, the entire cast keeps the ball in the air. That ball is about the hypocrisy of the wealthy and those that serve them. And it’s all pretty funny.

The Menu is the kind of film I imagine Stanley Kubrick could make in his sleep but that doesn’t deter from how well-paced and effective the production is throughout. I may not have leftovers, but I look forward to multiple viewings. 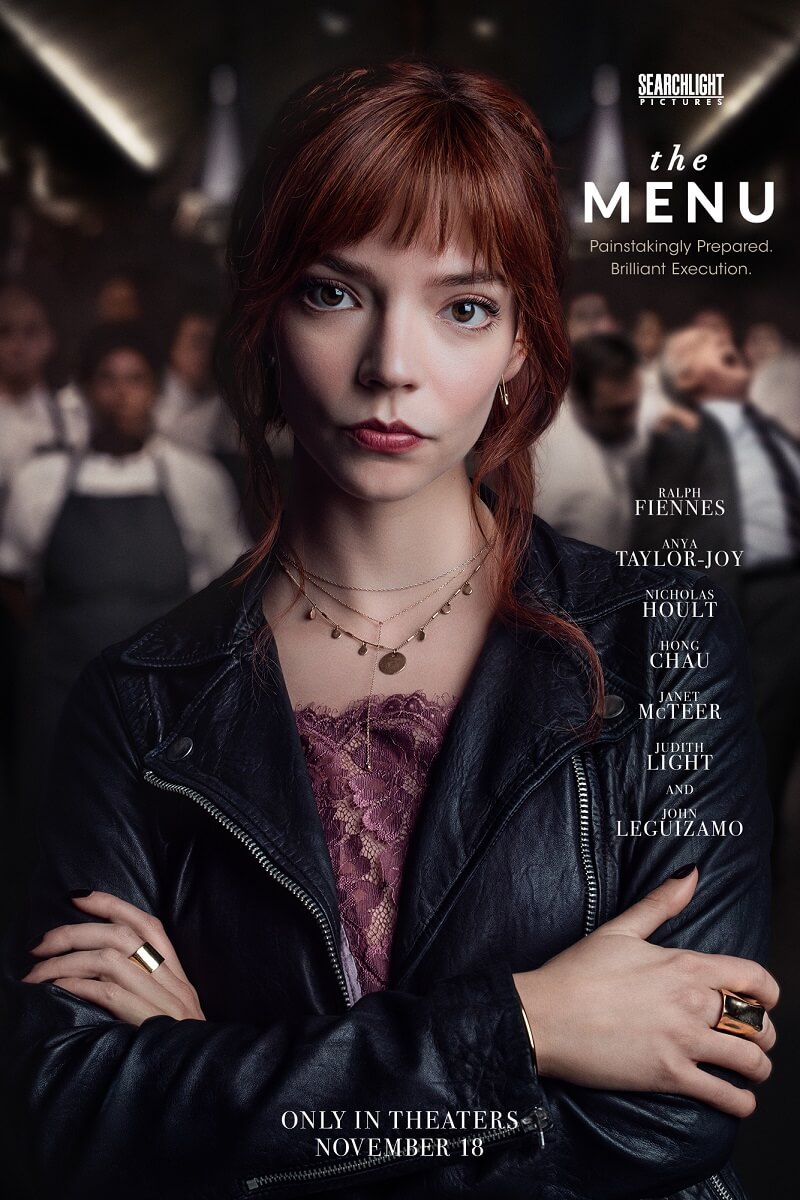 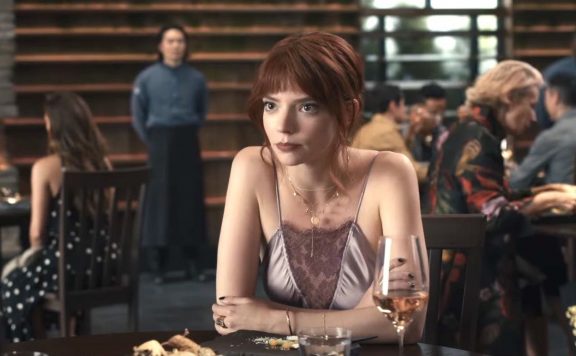 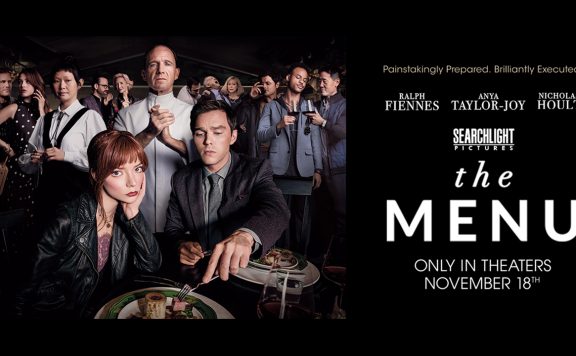 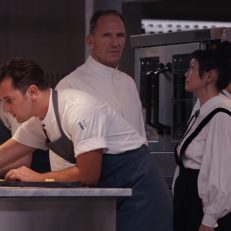 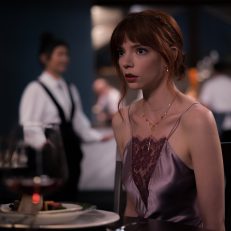 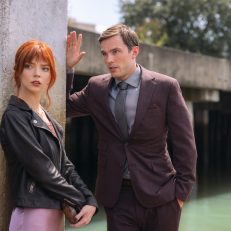 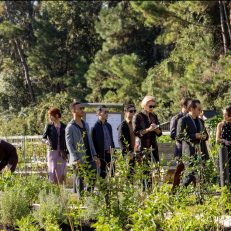 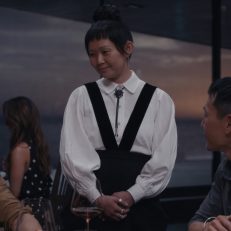 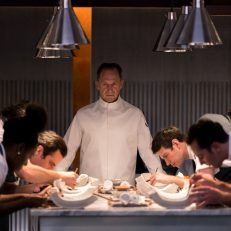 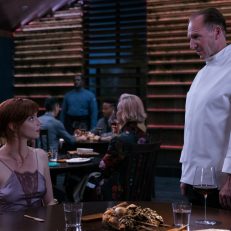 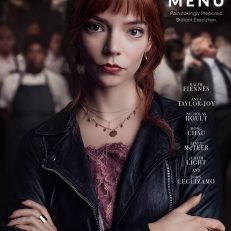