One has to hand it to George Clooney for being able to convince people of his skills as a filmmaker. The Midnight Sky is his first solid effort since 2005’s Goodnight and Good Luck, yet there’s always a sense of gravitas that comes with whatever new film he releases. With no discernable throughline for his features, perhaps the best way to look at this melancholy sci-fi film is not as one meant to garner awards, but another big-budget December Netflix release meant to stand out in a sea of Oscar hopefuls. Sure, Clooney has assembled a top-notch cast and a big, bushy beard to make audiences know he’s serious, but while the film is a visual treat, it stops short of higher quality, especially considering the recent influx of human-based sci-fi films.

Based on the novel Good Morning, Midnight, by Lily Brooks-Dalton, The Midnight Sky is set in a not-too-distant future, where a recent global catastrophe has left the planet nearly uninhabitable. Clooney stars as Dr. Augustine Lofthouse, a scientist with a terminal illness who has decided to isolate himself away in the Arctic, functioning essentially as the last man on earth. Upon receiving a notification of the scheduled return of a deep-space exploration crew who are unaware of Earth’s condition, Augustine decides to make his way to another Arctic base in an effort to contact them directly and warn them of what awaits. His plan is only made more complicated by the sudden appearance of a six-year-old girl, Iris (Caoilinn Springall), who has apparently been hiding away in the station as well. 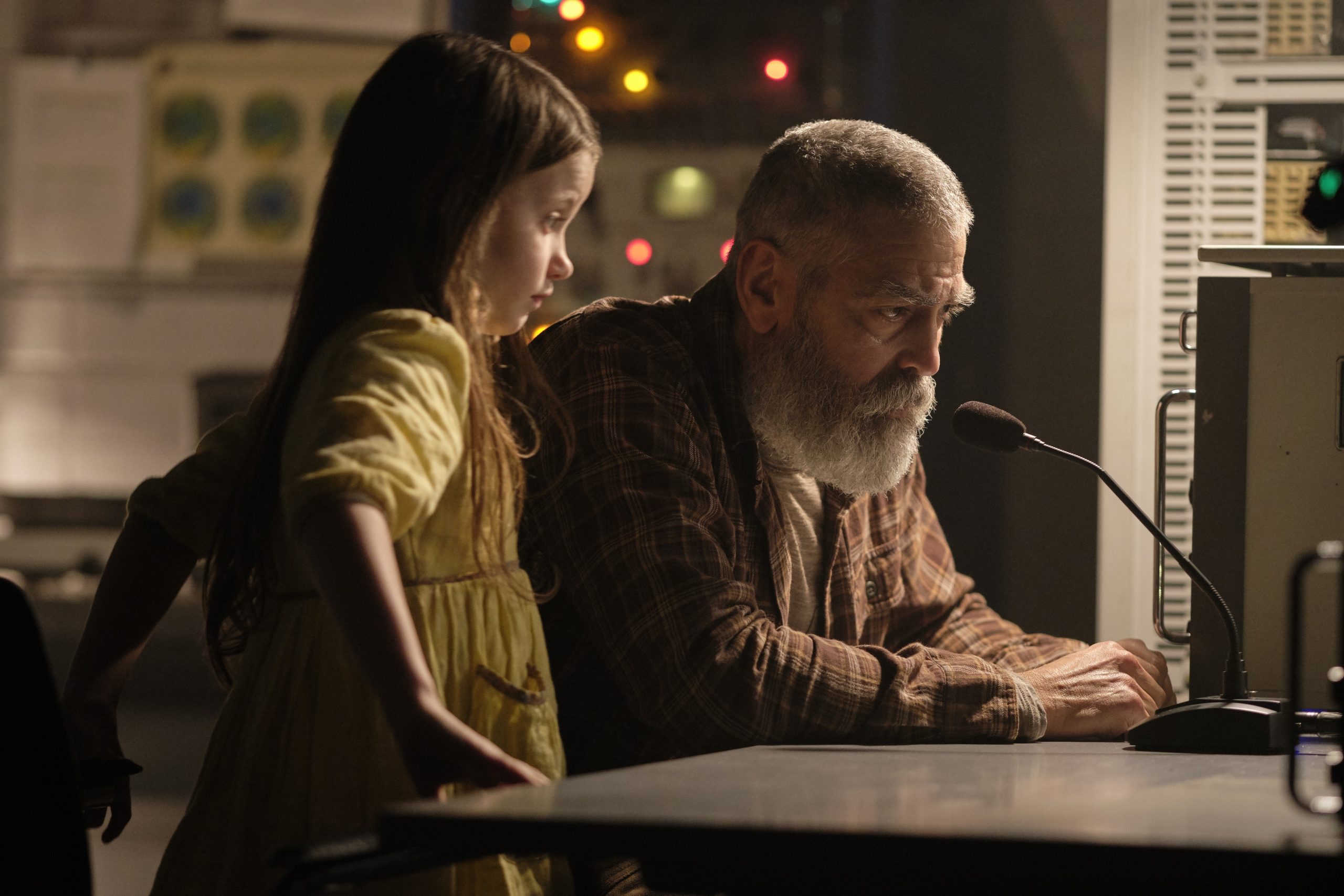 There is a strong concept in place, as the film wants to provide a dual narrative dealing with the space crew and the sorrow one man has over the loss of not only his life but the entire planet as well. While not directly stated, the world is ending due to some kind of air contamination (which, of course, lends an uneasy feeling as a 2020 release), and the sense of failure of the species to stop a world-ending event paints a saddening picture. The strong cinematography from Martin Ruhe and a nice score from Alexandre Desplat do a lot to develop a consistent mood during the early portions of this film, which ends up working as a reverse of The Martian.

With that in mind, the space crew (featuring stars Felicity Jones, David Oyelowo, Tiffany Boone, Demian Bichir, and Kyle Chandler) is coming back from a mission to a newly discovered moon of Jupiter, which is actually in a position to sustain life. Watching this crew share a loving sense of comradery without the knowledge of Earth’s status makes for an interesting time bomb to go off as far as eventual realizations go. In the meantime, we only learn so much about these people, which is a shame, given the care going into establishing the constant sense of regret Augustine is feeling.

As the film develops its dual narrative, it becomes clearer and clearer that linking these two stories is driven more by plot than necessity. Given the varying lengths of time we spend, an uneasy sense of rhythm in the editing, and little in terms of thematic resonance when thinking of Augustine and the space crew (let alone a few flashbacks featuring Ethan Peck as a younger Augustine, with a distractingly altered Clooney voice added), I kept hoping things would all tie together in a manner befitting of the film’s tone. Sadly, creating a consistent tone is another area where The Midnight Sky stumbles. 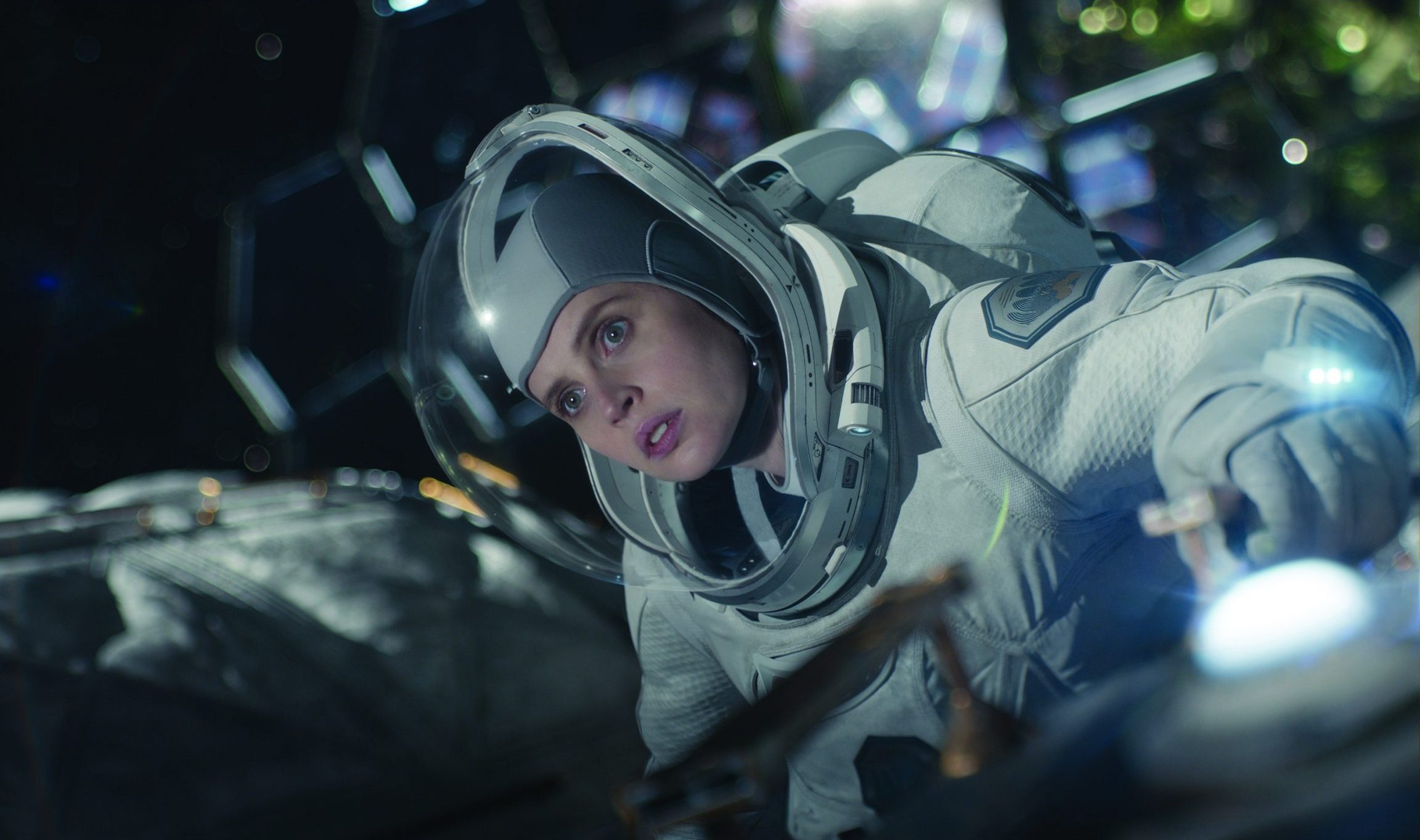 It’s good to break up scenes of Clooney emoting with his sad beard with some levity from the space crew or even a more action-focused set piece. Still, The Midnight Sky has heavy competition from films like Gravity, The Martian, as previously mentioned, and even Ad Astra. That Brad Pitt space drama was as solemn and often cold as it gets, yet it also gave audiences a scene with moon pirates and space guns. For this film, some harrowing sequences work in the moment but feel like strange detours from the primary narrative, as if they needed to help justify the film’s large budget. Sure, this is Clooney’s most ambitious effort yet as a director, in terms of scale, but the balance still manages to feel off.

However, there is a boldness in watching a film where a form of defeat is inevitable. While the space crew’s chance to receive certain information speaks to what could come next, there’s a drastic toll they have to overcome in that process. It’s unfortunate Jones, Oyelowo, and the others only have so much to work with as characters (the film’s third act reveals how little we have to work with, in terms of certain character choices). Despite providing the film with a sense of warmth based on their natural charisma, it feels like we’re at arm’s length when considering the circumstances at play. 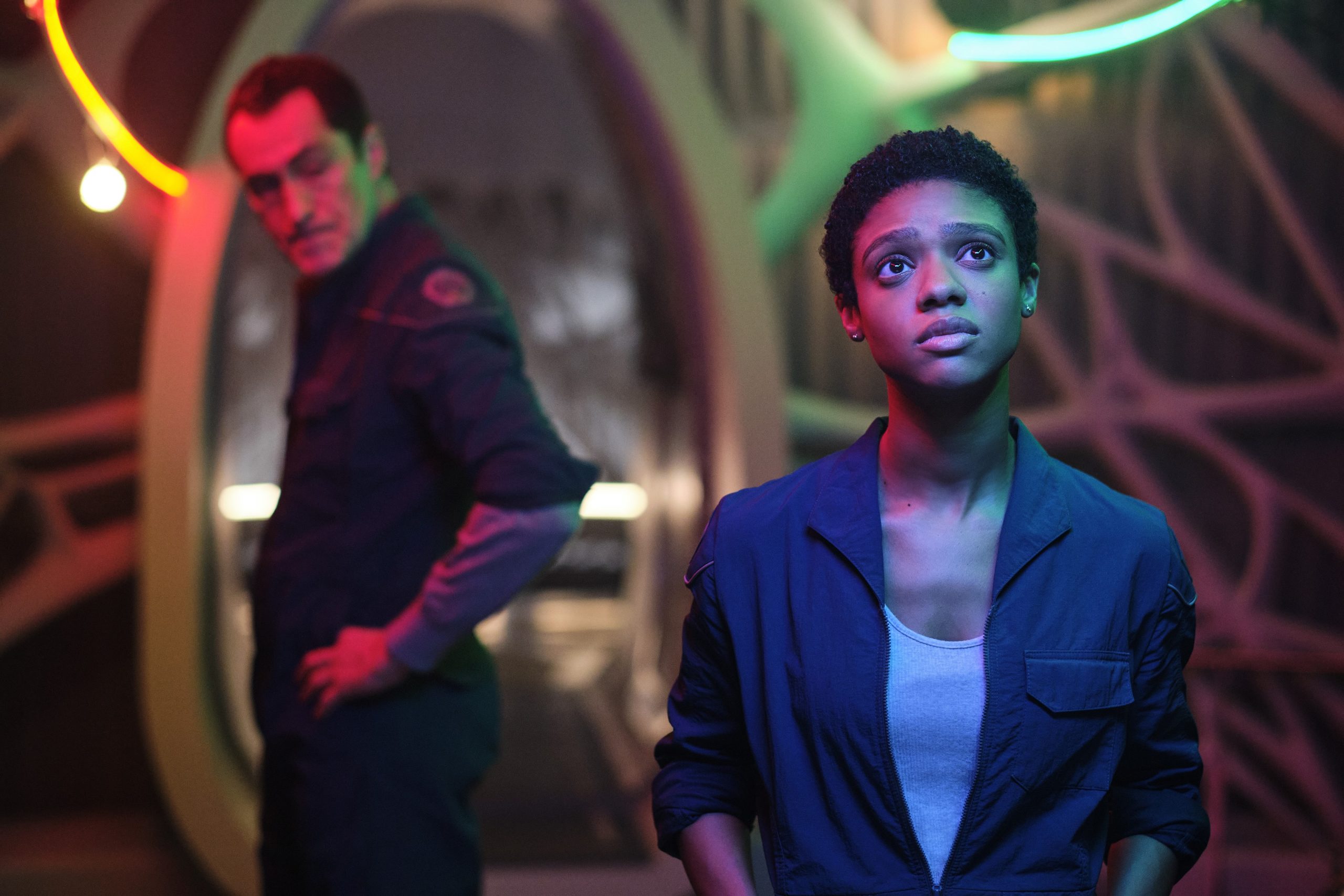 With all of the issues, the film still features some stunning photography and plenty of technical merits to earn a watch. While there’s little The Midnight Sky seems to have to say about humanity, beyond some surface-level thoughts on man’s effects on the world, there’s something about the assured compositions that keep the film quite watchable. It’s deliberately paced but finds Clooney in a position of considering his role in life. Something about his character’s ruminative nature is the sort of fascinating thing he could capitalize off of more with other directors who really know how to channel that energy.

The Midnight Sky has enough merits to make it a worthwhile feature that simply pales compared to others like it. That said, it puts Clooney on a better path than some of his previous efforts, suggesting he may have some big ideas to get out there on a different sort of scale. Perhaps he can work with that for the sake of grand entertainment, as opposed to assumed prestige. The universe is always expanding, after all. 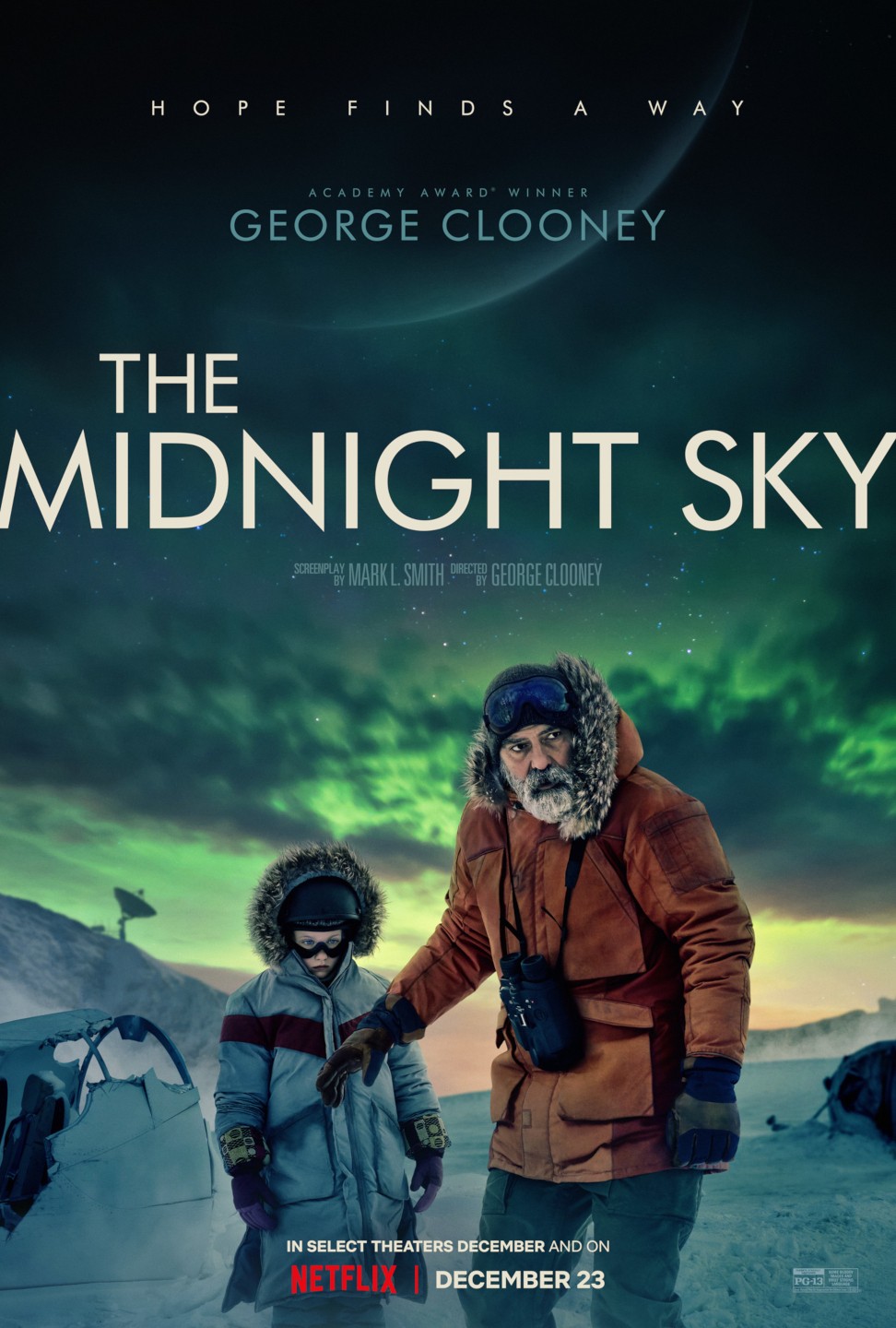 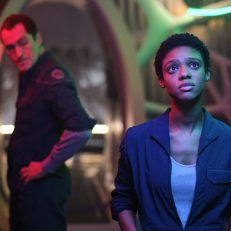 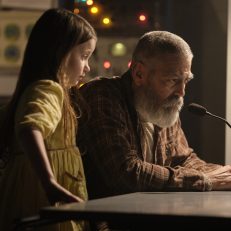 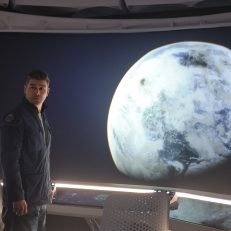 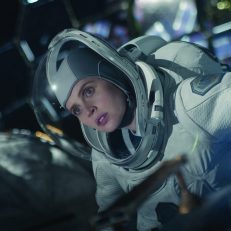 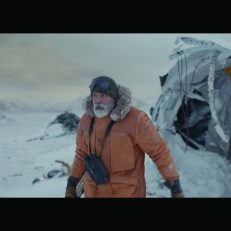 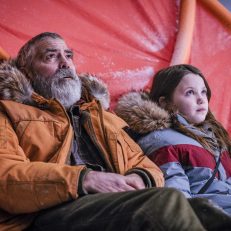 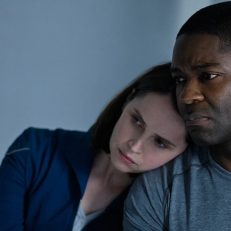 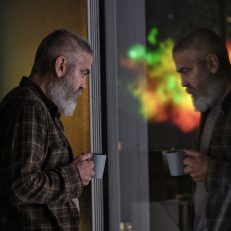