A few days before Miss Sloane premiered at AFI Fest, I was invited to attend a very exclusive press event for the film. Miss Sloane is now playing in select theaters and will expand into more theaters on December 9th. This is an incredible film with electrifying performances by Chastain and Mbatha-Raw. Miss Sloane tells the story of Elizabeth Sloane, a tough no-nonsense lobbyist that goes up against the gun lobby which is trying to pass a new bill that she is strongly against.

Miss Sloane is filled with terrific performances, sharp dialogue, and plenty of twists. It is one film, that should not be missed. If interested on all my thoughts on the film, please check out my review: Miss Sloane lobbies for some award season love. While I was at the press event, I was luckily enough to talk with Jessica Chastain and Gugu Mbatha-Raw about Miss Sloane. These two incredibly talented ladies shared with me some insight about their career as well as their roles in the film. I have broken the two interviews down below. 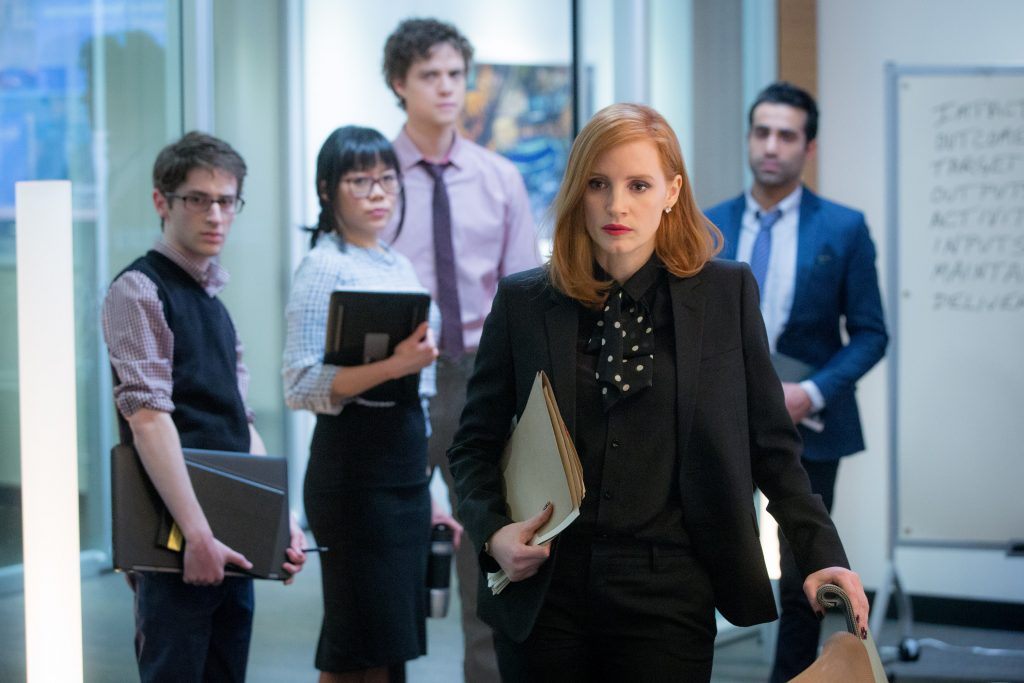 Congratulations on this role and that I hope the awards ceremonies see what I saw in your performance.

This role is so emotionally challenging, but you had to be so reserved at times. What was that process like, and how did you find that perfect balance?

I like characters where you have to have some restraint, where there are opposite things going on. It’s a strange thing for me to talk about a performance because I don’t know when I’m actually putting something together and what people are going to see. I create a lot of secrets for the characters I play that I don’t talk to anyone about including the directors. I just create this whole backstory that I hope, when people are watching a character, they see things kind of bubble up, and they don’t understand what it means. That’s how I approach everything.

Also, it makes it so much easier playing a role like this when you’re working with actors like Alison and Gugu and the whole ensemble of this film. Sloane is a loner that spends a lot of her time on her own. She’s kind of a one-woman band, but the group that John Madden was able to put together, just really forced me to step up my game. I felt a lot of intimidation, because in the scenes I had to be barking orders at people, and telling people what to do in scenes that I was controlling certain scenes, but I felt caught up in the moment.

It’s wonderful when you come prepared for work, and you think you know what’s going to happen. Then when working with actors like these too, they really bring you in a different direction. 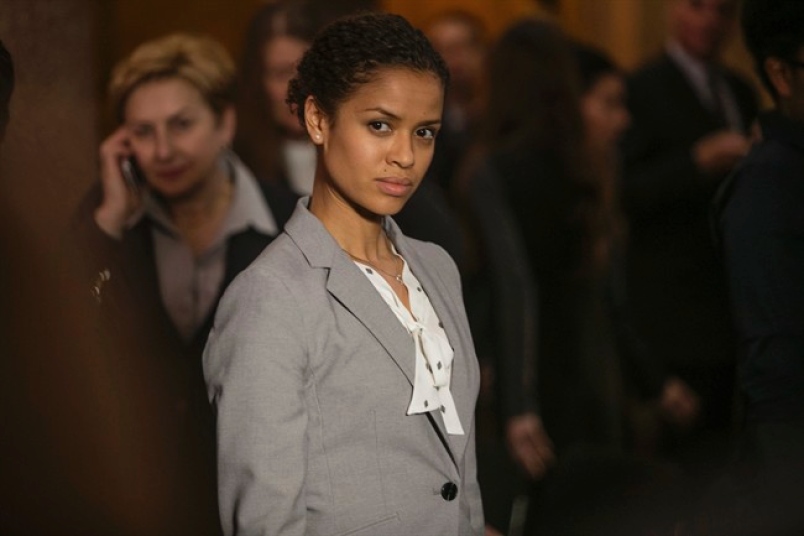 Gugu, I just want to say that you were fantastic in this movie and owned your role.

I’ve been a big fan ever since I saw Belle. I still think that movie is so underrated. Regarding this performance, you’ve played so many different characters over the years, and everyone is different and unique, and a strong female. Regarding this performance, what exactly about the role spoke to you and what was unique in comparison to the other roles that you’ve taken on so far in your career?

Well, thank you so much firstly. I knew nothing about this world. The world of lobbying. I was a complete novice, and the strict was so incredible when I first read it. I knew Jessica was attached, and John Madden was directing. I’d admired both of their work for such a long time. I think I loved, the thing I could really connect to with Esme, even though this sort of the macro of the political landscape … the gun debate … for me it was really interesting to understand the character who really has an emotional and human, has been impacted by gun violence on a personal level. Sorry, not to spoil too much for people who haven’t seen it.

Regarding understanding the implications, and I sometimes think in these corridors of power, it seems so far away from people who are genuinely affected by the issue. I think when we went to Washington, we got to go, Jessica and myself at the same time, and go to Capital Hill, and you’re walking down these marble corridors, and it feels a million miles away from people who are actually affected by these issues. For me, it was nice to have the combination of a character who is in this world but has also been personally affected by it.

Yeah, and then to work with this incredible ensemble of amazing actors. John Madden is just such a wonderful actor’s director. Yeah, it was great. I learned so much from the whole experience.

Thank you again. You are such a great actress and I wish you nothing but continued success. 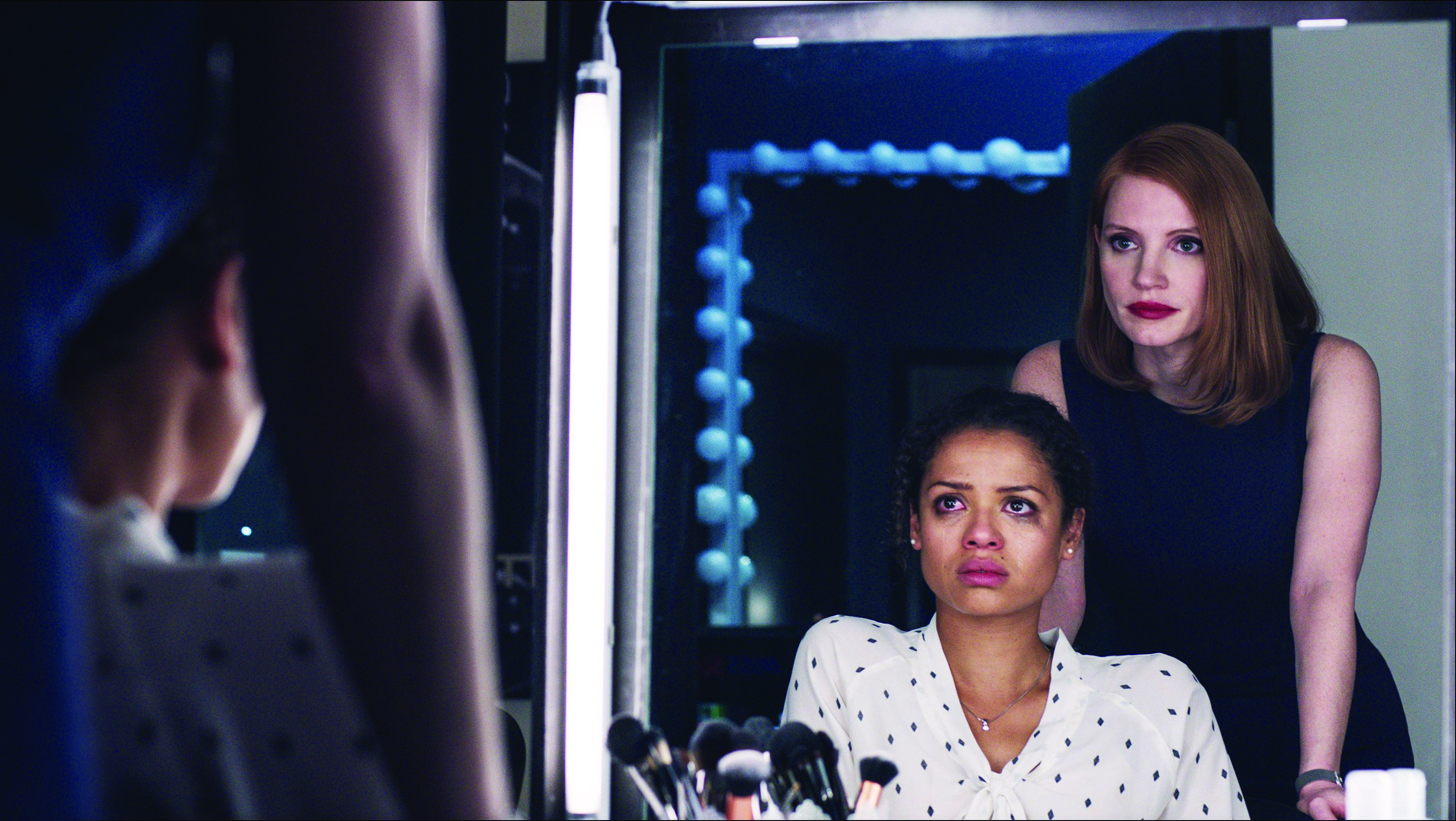 A few days before Miss Sloane premiered at AFI Fest, I was invited to attend a very exclusive press event for the film. Miss Sloane is now playing in select theaters and will expand into more theaters on December 9th. This is an incredible ...
0
Average User Rating
0 votes
Please sign in to rate.