2018’s Searching was a clever little thriller, relying on the emerging “screenlife” sub-genre (telling a story through various screens, including computers, phones, etc.) to propel the story. Missing is set within the same universe but only tangentially connected to the previous film. Unfortunately, it’s also not as effective. While credit is still due to the filmmakers involved in turning what seems like a logistical nightmare into a feature film that is easy enough to follow, the expanded scope of the story and some underwhelming performances do little to allow the viewer to buy in beyond some of the more visceral or heavy-handed emotional moments. It’s not as though suspending disbelief is a challenge, but this cyber sequel takes a few too many steps beyond 5G.

Storm Reid stars as June Allen, a rebellious teenager type, living with her mother, Grace (Nia Long). It’s just the two of them, as June lost her father some years ago. This time around, it’s the mother who disappears, as her vacation in Colombia with her boyfriend Kevin (Ken Leung) turns into a nightmare for June when the pair do not show back up at the airport. Relying on her technology skills, social media, and other means of contacting whomever she can, June is doing all she can to find her mom, which may unravel secrets she would have never known. 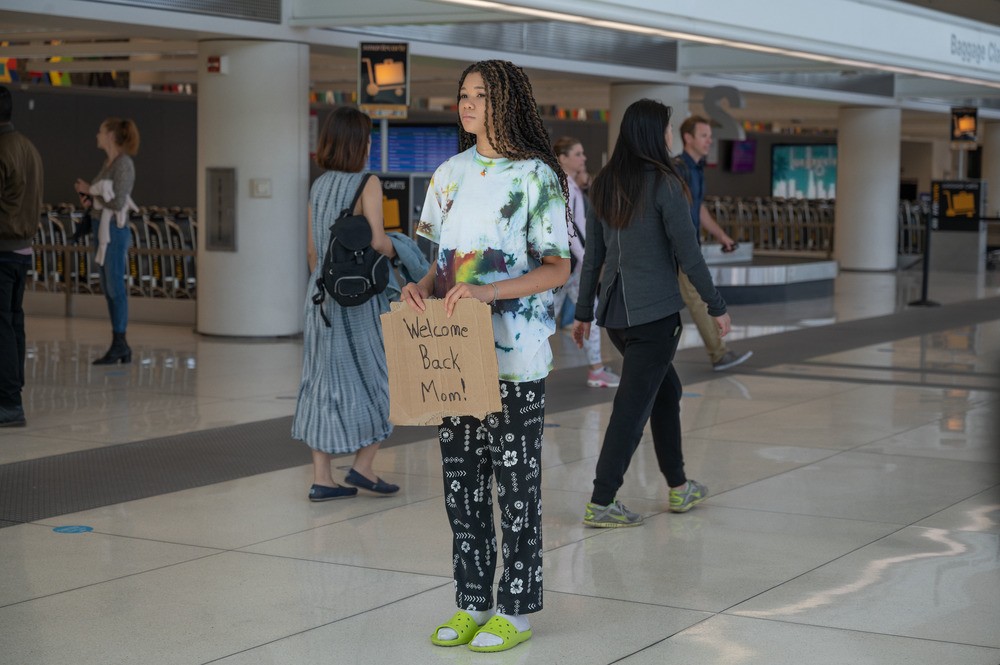 A critical factor in pulling a film like this together is having a qualified lead who can flow with the various twists and turns presented. While John Cho earned plenty of empathy and meshed well with the story in the previous film, I can’t say the same about Reid in this one. There are moments when she finds what’s needed to shine, but Missing throws a lot of curveballs that I felt weren’t garnering the emotional reaction required. There’s certainly a choice made to calibrate for the genre, but if my biggest gripe with the film is how it attempts to stay somewhat grounded amidst all that’s going on, not having a lead actor I’m entirely on board with isn’t going to do the movie many favors.

This speaks to the cast as a whole as well, as some fair better than others. Nia Long and Ken Leung are solid here, as the film needs them to play up a certain level of control before they go missing, and our understanding of them shifts to whatever degree. I can’t say the same for the other adults. However, the best performance of the film comes from Joaquim de Almedia. After years of playing bad guys in films such as Desperado, Clear and Present Danger, and Fast Five, it was pretty refreshing to see him portray an affable, good-hearted person (this is not a spoiler, as his role requires him to be a constant, or else the film would be even more preposterous than it already is).

It really does come down to balancing the tone against what we can accept by relying on this format. Using various tricks to set up conceits for how we can keep track of the action is, no doubt, a difficult task to master. However, piling those various ideas on top of a story that becomes increasingly convoluted pushes the film into territory beyond what I could accept as sturdy entertainment. Having various questions and becoming frustrated can be a fun way to participate as an audience member. In Missing, it was tough to get past elements like Juen’s friend, Veena (Megan Suri), being more of a sounding board than an actual person, let alone realizing just how purposefully withholding other characters ended up being. 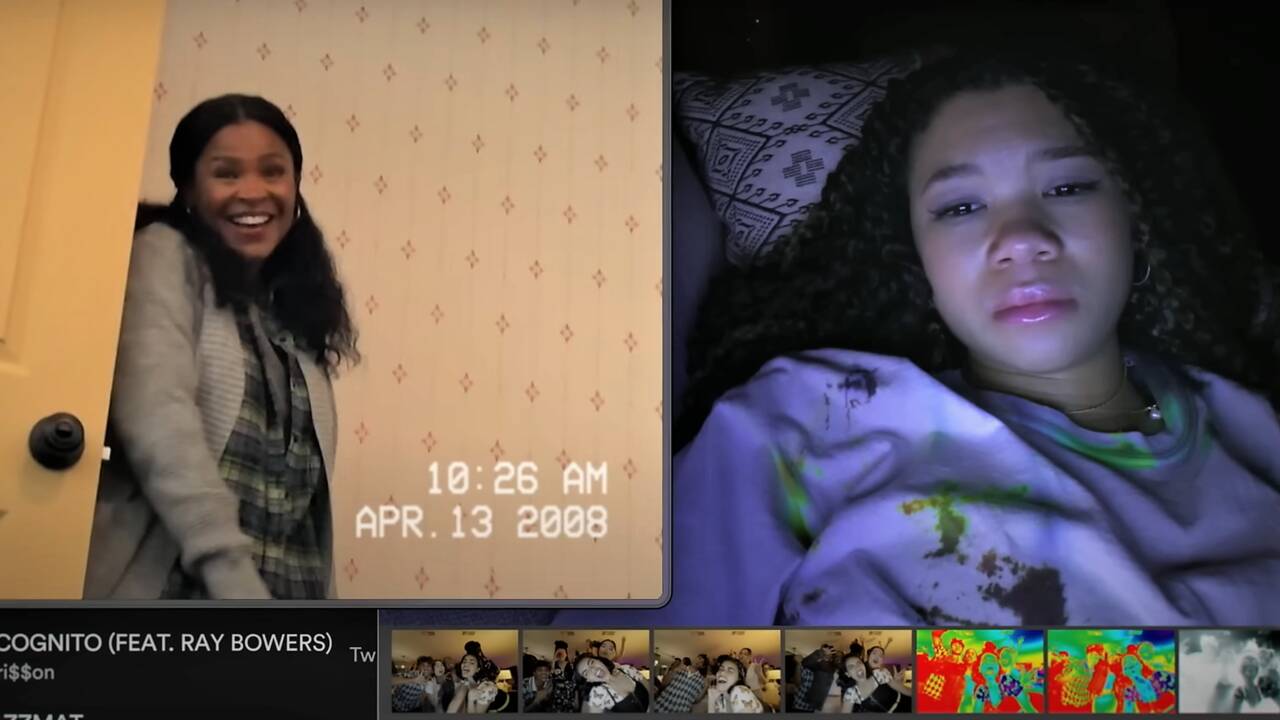 As for the utilization of technology, I can accept June’s abilities because, hey, teenagers, right? And the reliance on various apps, websites, and more felt like a solid expansion of what came out of the first film. With a few years having passed, it would make sense to see an upgrade of sorts. I can even buy into things like battery life, cell signals, and security camera placement becoming convenient but necessary plot elements (never mind the product placement synergy that factors into all of this). Presuming this is an anthology series set to continue telling stories of this nature, the gimmick required hasn’t gotten old on me yet, which is worth noting.

Ultimately, I wish Missing had a better story to tell. Directors/writers Nick Johnson and Will Merrick (editors on the first film) certainly try to put their best foot forward in expanding on Searching. Still, it came at the cost of having me on board with its twisty narrative. I’m all for a big, ludicrous story, but when it’s also requiring me to feel something about the central relationship, and I’m not getting there, that’s telling me something is, in fact, missing. 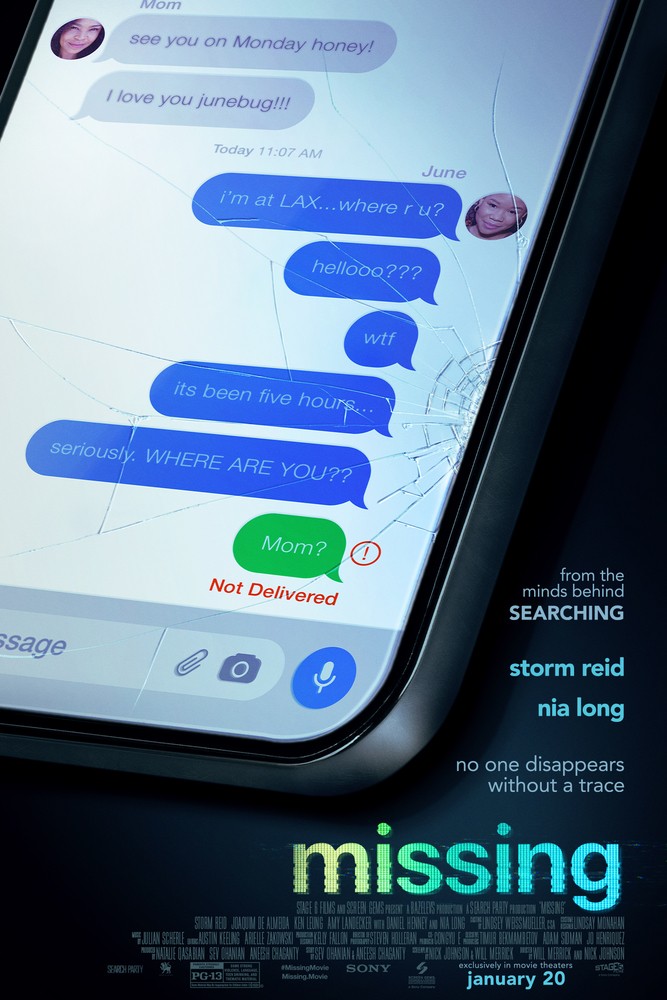 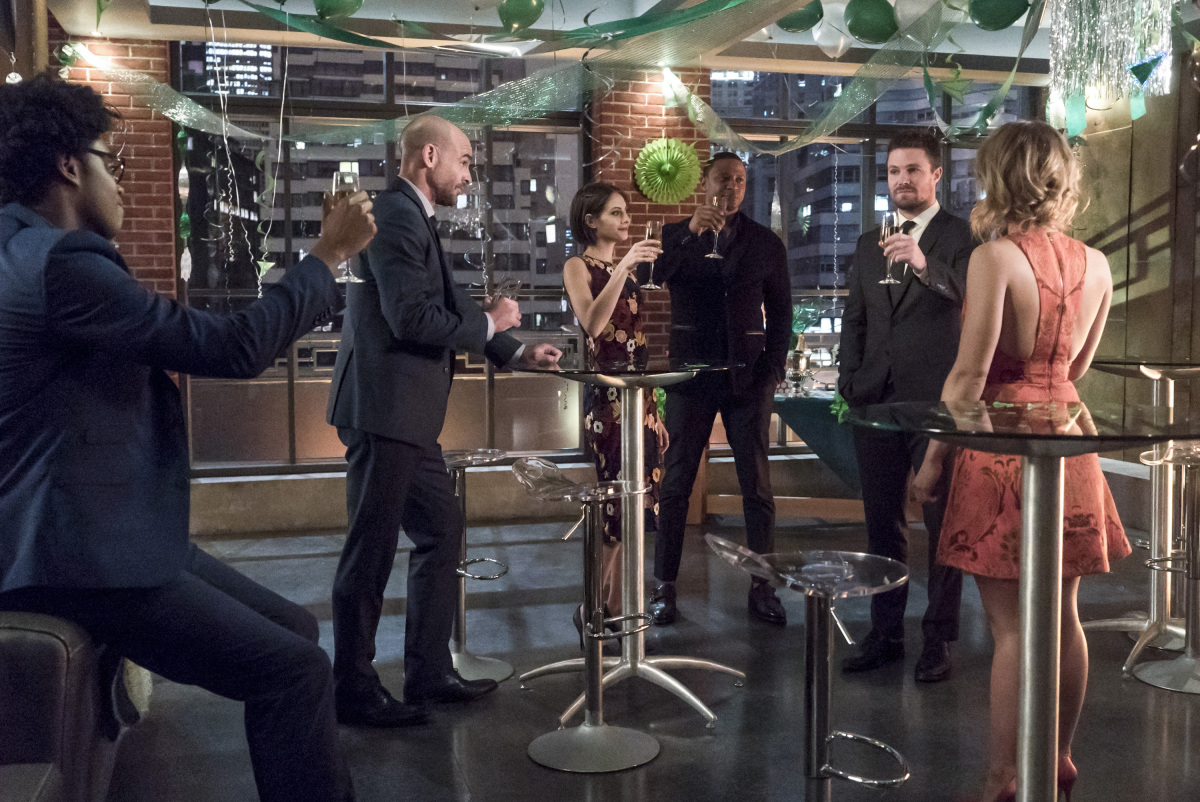 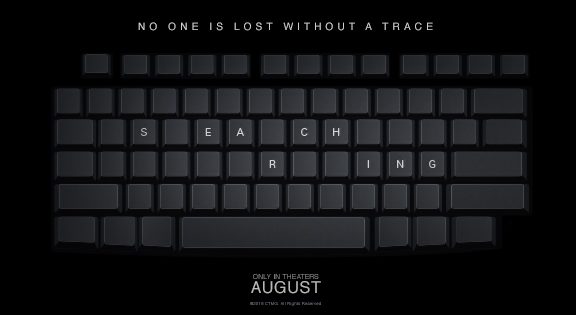 When her mother (Nia Long) disappears while on vacation in Colombia with her new boyfriend, June’s (Storm Reid) search for answers is hindered by international red tape. Stuck thousands of miles away in Los Angeles, June creatively uses all the latest technology at her fingertips to try and find her before it’s too late. But as she digs deeper, her digital sleuthing raises more questions than answers...
0
Average User Rating
0 votes
Please sign in to rate.
Film:Missing
Cast:Amy Landecker, Joaquim de Almeida, Ken Leung, Nia Long, Storm Reid
Director(s):Nick Johnson, Will Merrick
Writer(s):Nick Johnson, Will Merrick
Genre:Mystery, Thriller
Studio(s):Sony Pictures
MPAA Rating:PG-13 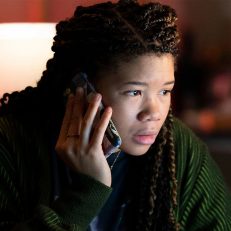 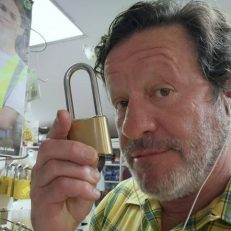 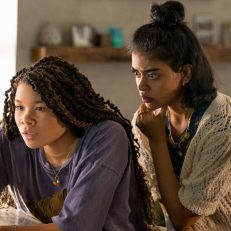 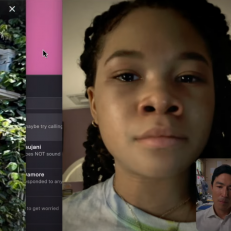 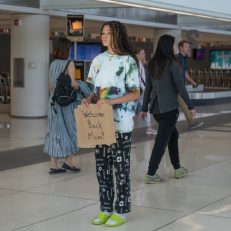 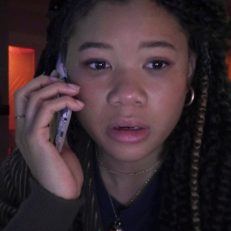 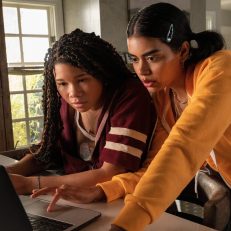 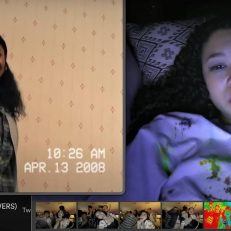