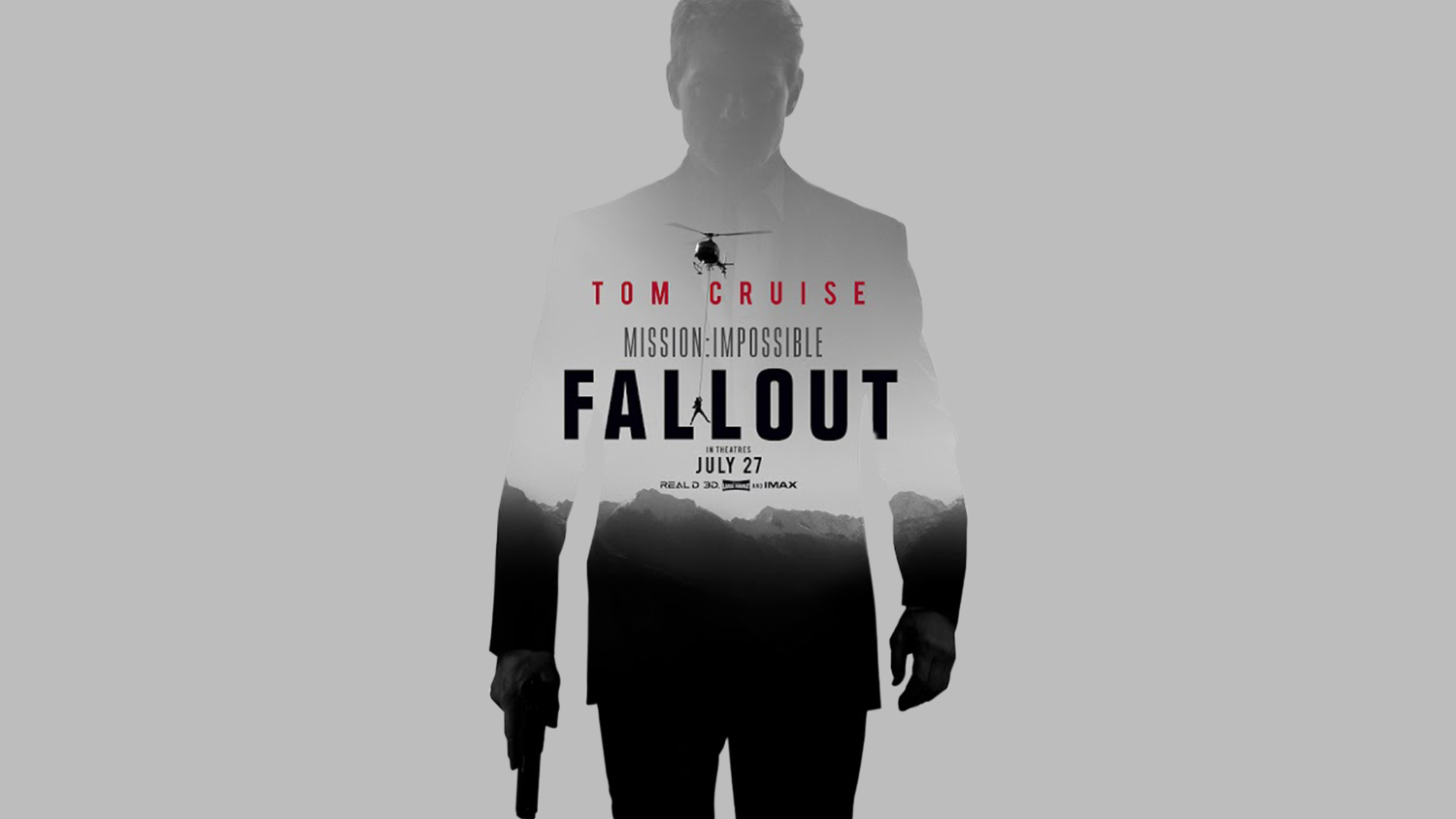 Mission: Impossible Fallout Review: No One Does Action Better Than Tom Cruise

Ethan Hunt (Tom Cruise), Benji (Simon Pegg), and Luther (Ving Rhames) are back and once again must work together to stop Solomon Lane (Sean Harris) from destroying the world. When Ethan’s latest IMF mission doesn’t go as planned, Solomon Lane escapes from Belfast with some plutonium. However, Solomon isn’t the only threat this time around as the mysterious John Lark runs a radical terrorist group (The Apostles) and wants nothing more than to blow the world into a million pieces. After failing to protect the plutonium, Ethan’s loyalty to the CIA is quickly questioned. Ethan is forced, once again, to go rogue to stop Lark and Solomon from setting off a series of nuclear bombs.

Christopher McQuarrie returns to the Mission Impossible franchise. However, this time around, McQuarrie is not only directing but has taken on full writing responsibility. In 2015, McQuarrie directed Rogue Nation, which critics and audiences praised for its high octane action and I do consider Rogue Nation the best film in the series so far. I think it goes without saying that McQuarrie set the bar very high and with him coming back for seconds, I was very excited to see what he had in store for audiences that were anxiously awaiting Mission Impossible: Fallout.

Mission: Impossible Fallout is another great sequel in what has become one of the best action film franchises of all time.  Tom Cruise continues to prove that nobody, and I mean nobody does action the way he does. I feel like the older Cruise is, the more he pushes himself. There is something to be said about an actor that truly commits to his craft. Cruise isn’t afraid of pushing the limits. I feel like every single Mission Impossible film becomes more and more intense with stunts that have to be seen to be believed. 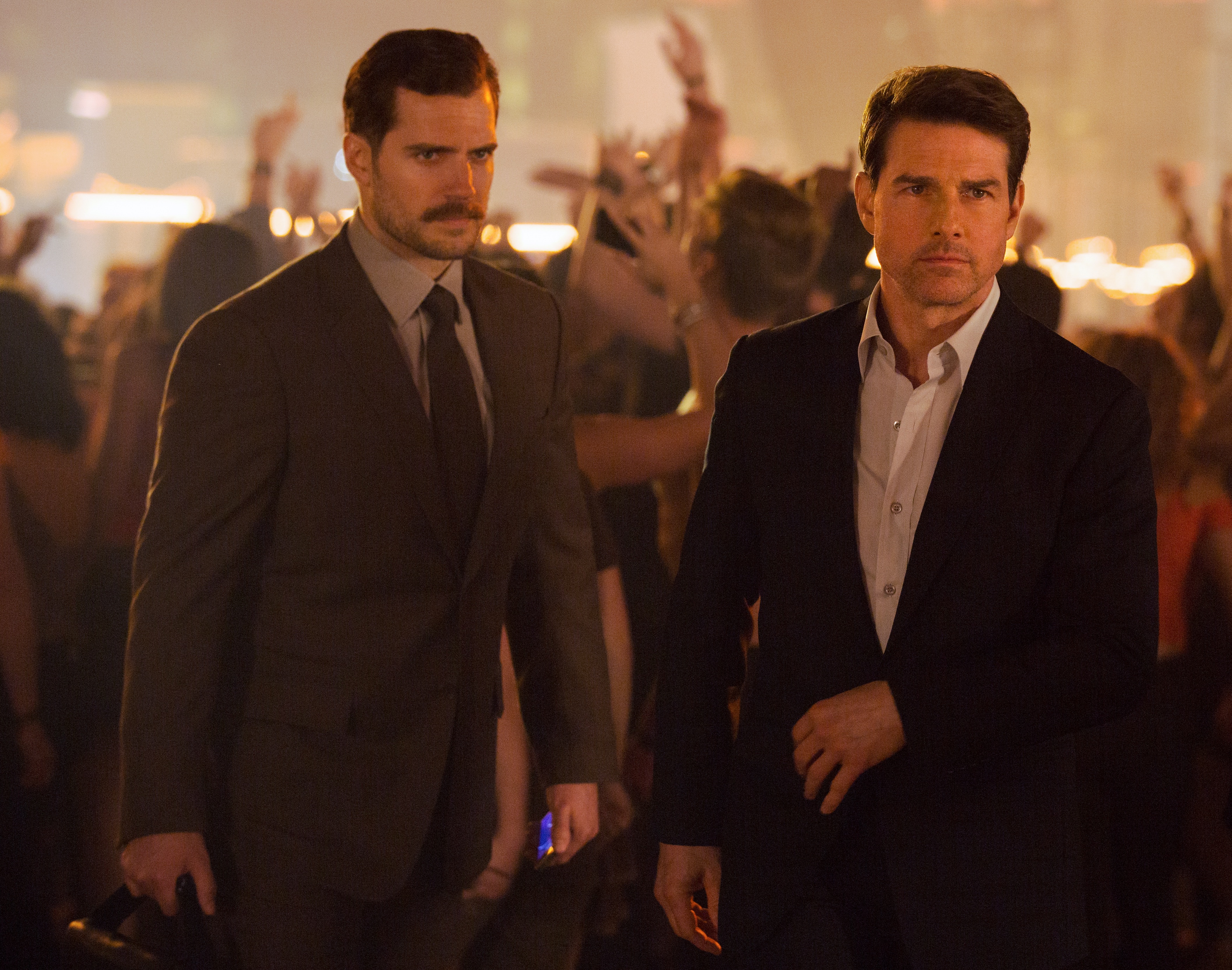 Tom Cruise as Ethan Hunt has always been a terrific casting choice. The level of authenticity that Cruise brings to this role is second to none. He is Ethan Hunt and has been the driving force of this franchise since it started back in 1996. Watching Cruise in Fallout honestly makes you question how the heck he is still alive. When watching Cruise run and jump off buildings there is something special about seeing that happen without stuntmen involved. It honestly makes you wonder why more actors aren’t like Tom Cruise.  He is seriously one of the only action superstars in the world that isn’t afraid of cheating death to create exhilarating action sequences.

What stands out the most about this franchise is that there is little to no CGI or green-screen being used. I watch a ton of action movies, and even the great superhero films from Marvel and DC use a ton of CGI and visual effects. What you see happening on-screen in Fallout is brought to life by McQuarrie and Cruise. The car chase scenes are shot in such a way where you feel as though you are part of the action. There is also a helicopter scene during the climax of the film that will blow your freaking mind. Between the action in Rogue Nation and Fallout, I think McQuarrie has rightfully become the master of action movies.

Apart from the action, this franchise continues to impress with casting. I have already talked about how Tom Cruise owns this franchise but the supporting cast is all around terrific. Simon Pegg’s Benji and Ving Rhames’ Luther are the perfect sidekicks to play alongside Ethan Hunt. Each of these actors brings something to Fallout by adding humor, intelligence, and heart to the story.  One can even argue that Benji and Luther are just as important to this franchise as Ethan Hunt is. I honestly couldn’t picture this franchise without them being part of it.

There are a lot of characters in Fallout and while most of them work some of them leave more to be desired. I found Sean Harris’ performance this time around to be rather bland. Solomon felt like a very generic action movie villain, and I guess I expected more from him considering how well he brought Solomon to life in Rogue Nation. My feelings towards Henry Cavill as August Walker are mixed. I am a fan of Cavill and think he is a terrific Superman, but something about this role didn’t always work for me. It is sort of hard to explain but sometimes I felt like Cavill’s performance was too cheesy or wooden. It’s weird because, at other times during the film, I felt like he was great especially during the bathroom fight scene.

The women in Fallout bring a lot to the table. I can’t tell you how happy I was when I read that Rebecca Ferguson was returning to the franchise. Ferguson’s IIsa Faust is such a badass character that owns the screen every second that she is on it. Ferguson gets a lot of screentime, and her character plays a major role as to how Ethan’s story unfolds. I don’t want to give anything away, but fans of IIsa Faust will be happy with how the story uses her in this entry.

Vanessa Kirby, who is terrific on The Crown, is an excellent addition to the cast. Since I am not too familiar with her work, I was pleasantly surprised to see how her character Alana aka The White Widow was used in the film. While Kirby is probably only in the film for about 15 to 20 minutes, I do believe that her character will show up once again in future installments. Michelle Monaghan returns in Fallout and has just as much screen-time as Kirby. Monaghan’s role is rather small but is essential to the progression of the story. Again, don’t want to ruin anything but there is sort of a passing of the torch at the end of this film. 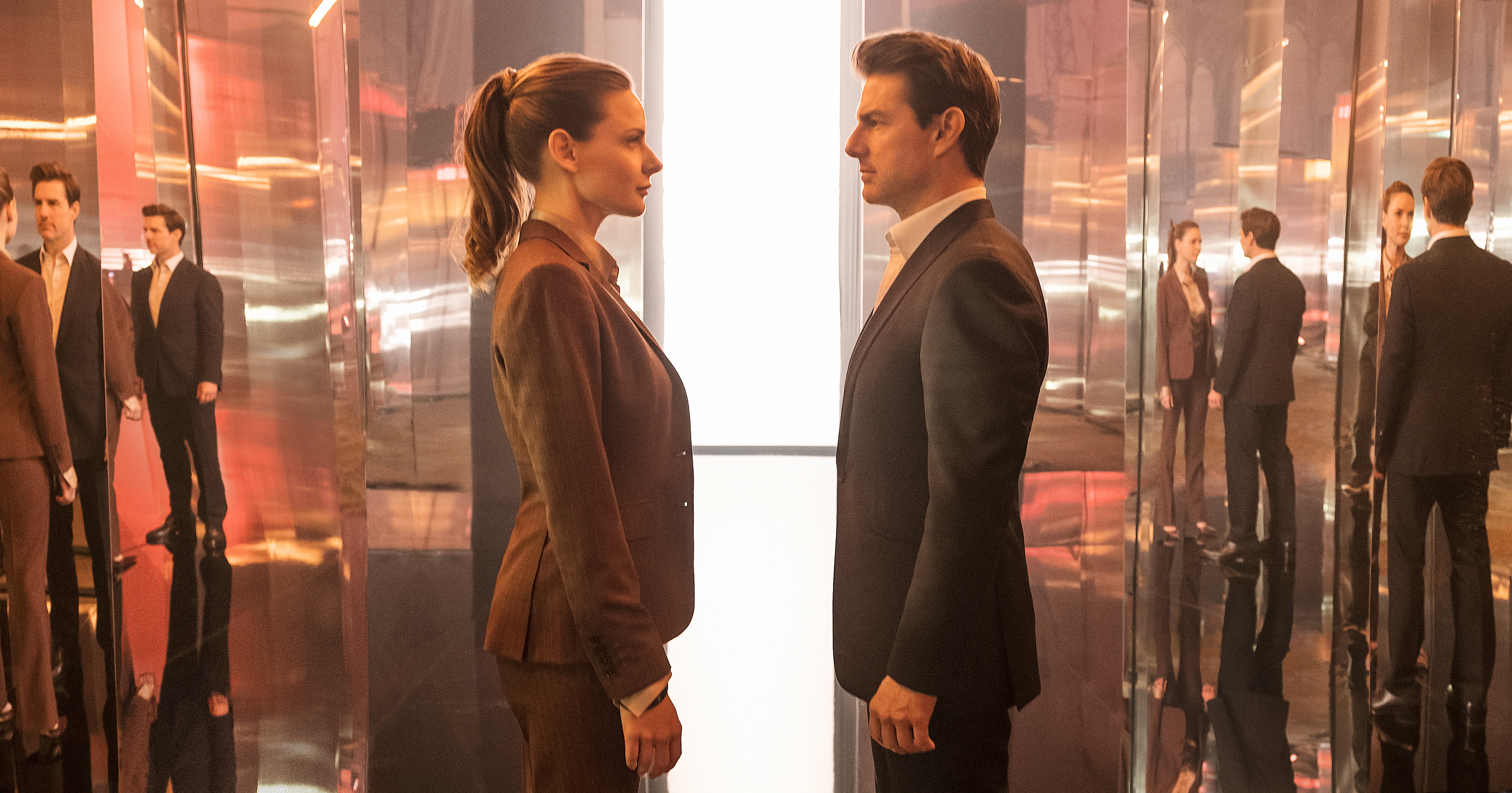 For the most part, the script is excellent. Fallout is one of those films where a lot is going on and could be hard to follow if you aren’t paying close attention. McQuarrie’s script contains a lot of twists and turns that generated quite the reaction during my screening. I do think that while a lot of the surprises deliver, there are a few that I found to be a tad too predictable for their good. I should also mention that Fallout is the longest Mission Impossible film to date. I bring this up because I do think the film felt a little long at times. I do think that 10-15 minutes could have easily been shaved off of the runtime and would have created a smoother paced film.

Fallout proves once again Mission Impossible is one of the best action movie franchises of all time. McQuarrie and Cruise are a match made in cinematic heaven and have created pure action movie magic together. Fallout confirms that lightning can strike twice and that it will be nearly impossible that any other action film this year will be able to top it. The Mission Impossible Franchise is a like a fine wine; it continues to get better with age. As someone who always complains about the lack of originality in Hollywood, I would happily sit through a new Mission Impossible every year or two as long as they keep raising the bar as the new action movie standard.

Scott ‘Movie Man’ Menzel’s rating for Mission: Impossible Fallout is an 8.5 out of 10. 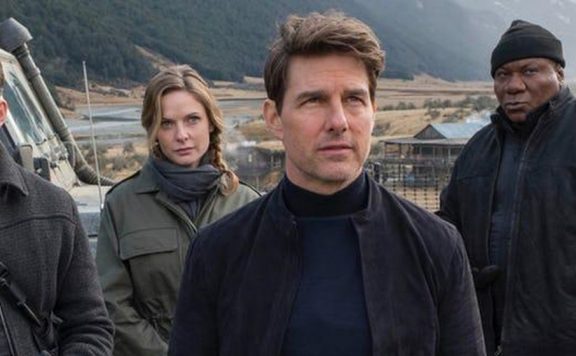 “Mission Impossible: Fallout” Chock-Full of Action But Not Perfect
July 12, 2018 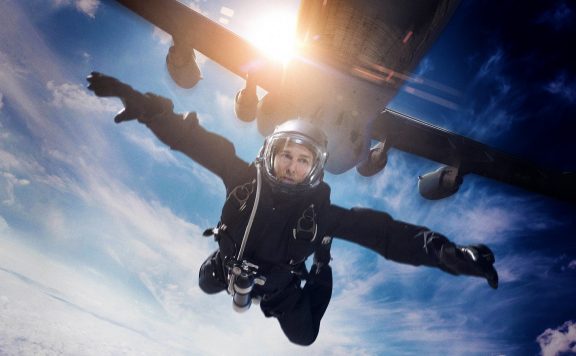