Mickey (Stan) is DJing at a house party in Greece when he meets Chloe, an American lawyer coming out of a bad relationship with a douchey, obscenely rich Greek man. They have an immediate spark, which leads to beach sex, which leads to jail (this will not be the last time these two end up in the slammer). But long story short, they end up impulsively moving in together after Chloe decides not to fly back to America, abandoning a future at a prestigious law firm for a delicious present with Mickey. It is impossible to stress exactly enough how much none of this is going to end well. He knows it, she knows it, everyone knows it. But what the hell? They might as well stubbornly prolong the inevitable. They’re two Americans in Greece trying to hide from the real world, and there are distractions galore. 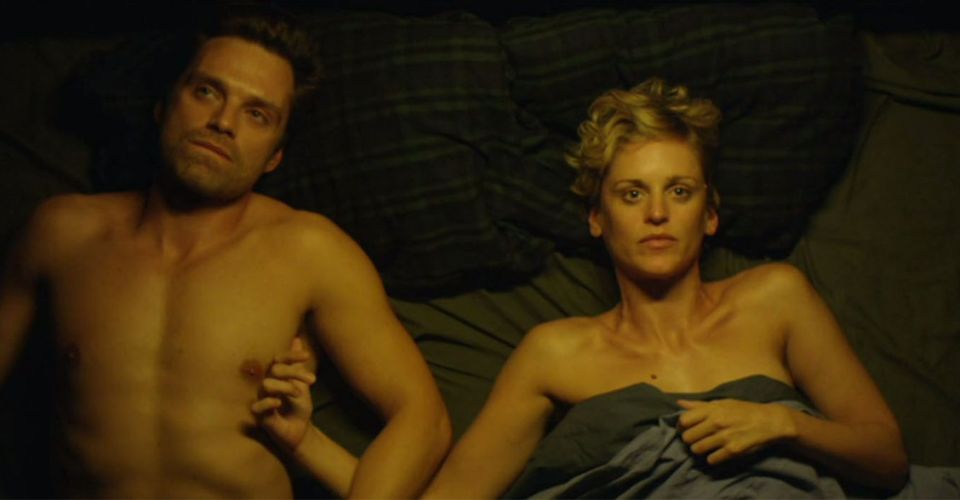 What is very clever about Monday is its ability to subvert the trope of a vacation romance. When you have a fling with someone while they’re on vacation, you’re not ever meeting the real them, not really: you’re hooking up with the fun, stress-free version of themselves who dies a swift death the minute they board the plane home. Then when the two lovers are forced back into reality, the magnetic attraction that drew them together on the beach (or the ski slopes, or whatever romantic location they happened to have their meet-cute) is muted by practical considerations. Mickey and Chloe seem to think they’ve found a way around this obstacle, though. If you never go home from your vacation and stay in Greece indefinitely, you can cling to the magic a little longer, as though it were the last rays of a sunset disappearing beyond the horizon. But if you stay in the world of the vacation forever, it doesn’t necessarily stay an escape: real-life finds its way in eventually.

Mickey is willing to live in delusion a lot longer than Chloe. And why not? He’s having fun. Sex, parties, an endless string of jobs and friends that require very little commitment from him — there’s no impetus for him to settle down, to grow up. He’s always short on cash, always coming up with plans at the last minute, even when he promises he’ll do things ahead of time. When his ex-girlfriend tells Chloe he’s a child, she freezes: she’s known him for such a short amount of time, but she can already tell it’s true. Stan plays him with such a blase, carefree charm, the sort of guy who doesn’t need to be reliable because he’s handsome and good-natured and fun to be around. 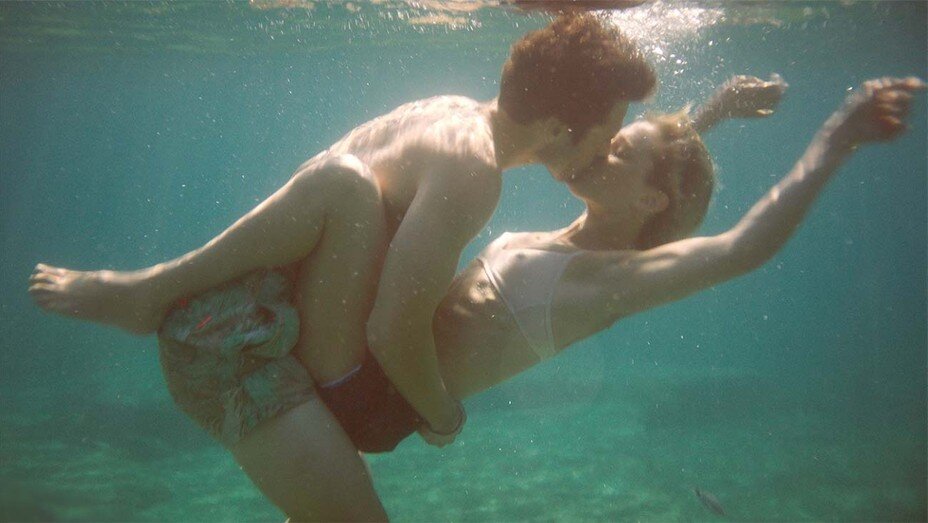 Monday does a good job of portraying the warmth in the relationship between Mickey and Chloe. At first, it’s just about sex, an instant connection they feel compelled to act on. But they have genuine chemistry and an easy way of being with each other that is so much more than lust. Even when their inherent incompatibilities rear their ugly heads and the reality of what life will be like for them together, there’s a groundswell of positivity that reminds them and the audience how much they like one another. But is that enough? Mickey’s always going to let Chloe down when it counts, and Chloe is always going to be self-destructive in a desperate attempt to avoid coping with reality.

This is all great stuff, and Monday is at its best when it just lets Stan and Gough do their thing together. They’re incredible together: they feed into each other’s worst impulses, but they’re so unbelievably devoted to one another at the same time. Unfortunately, though, there’s a sense that Monday doesn’t quite know what the point it’s trying to make is, beyond this reckless, passionate couple trying to force vacation to last forever. But at the same time, if Monday is all vibes and no strong sense of narrative, these are the best possible vibes to have your movie rely on. 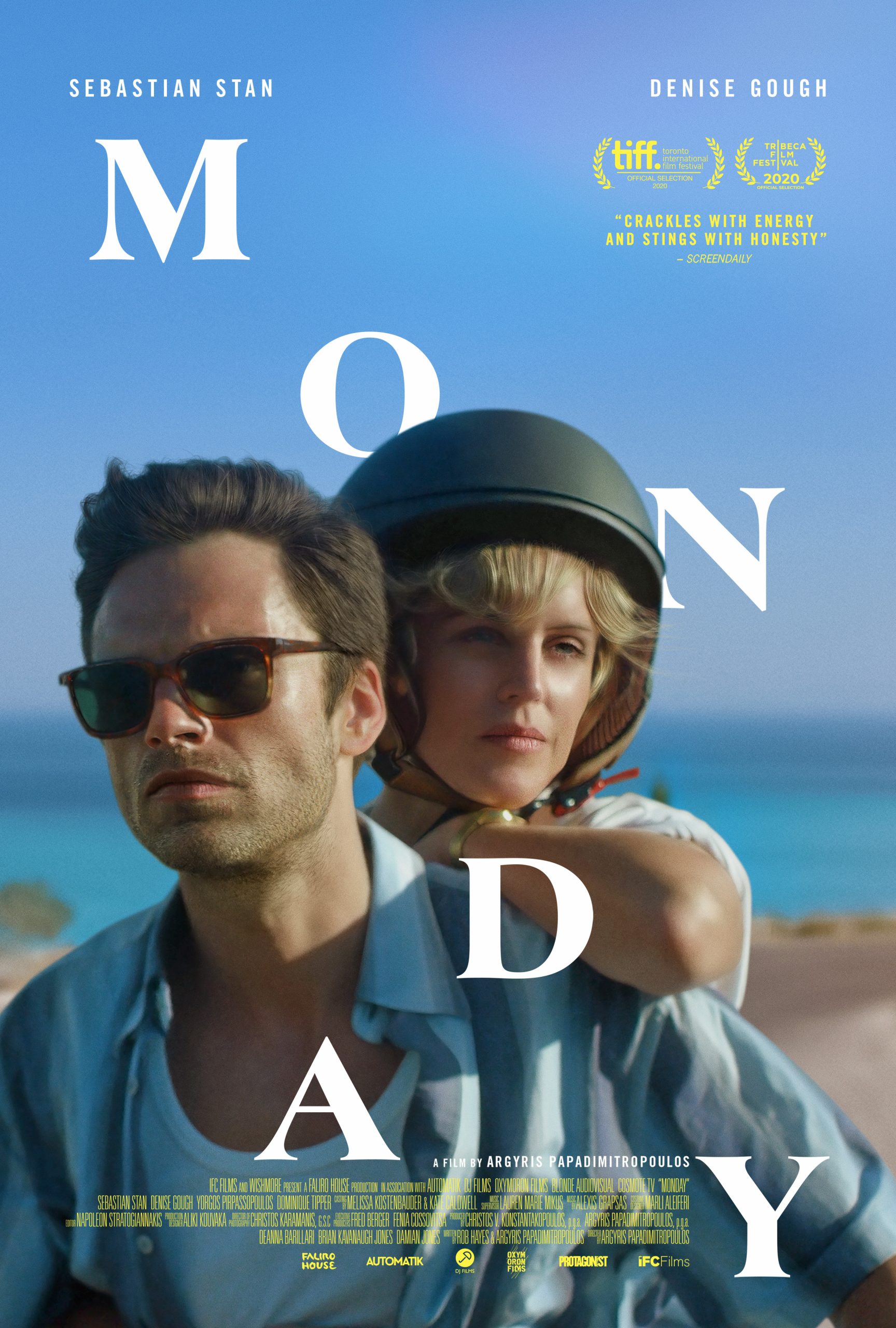 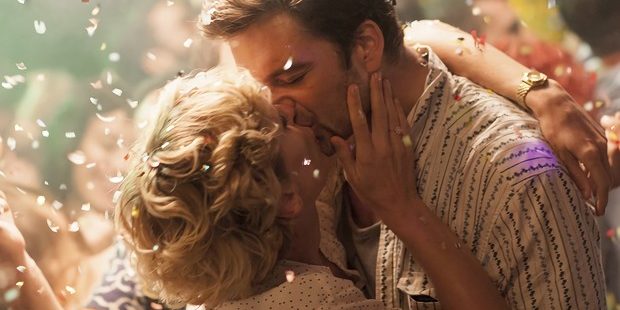 A spark on a Friday can lead to a sizzling weekend fling, but what happens when you get to the inevitable Monday?
0
Average User Rating
0 votes
Please sign in to rate.
Film:Monday
Cast:Denise Gough, Sebastian Stan, Yorgos Pirpassopoulos
Director(s):Argyris Papadimitropoulos
Writer(s):Argyris Papadimitropoulos, Rob Hayes
Genre:Drama, Romance
Studio(s):IFC Films
MPAA Rating:R 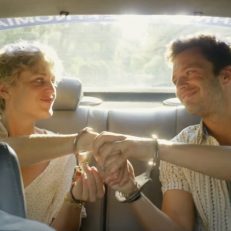 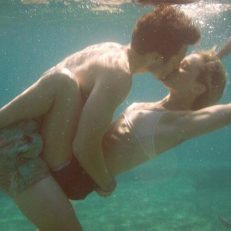 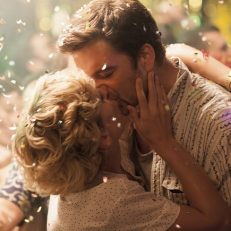 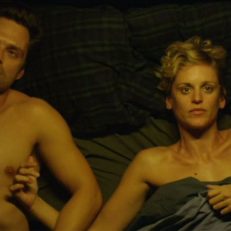