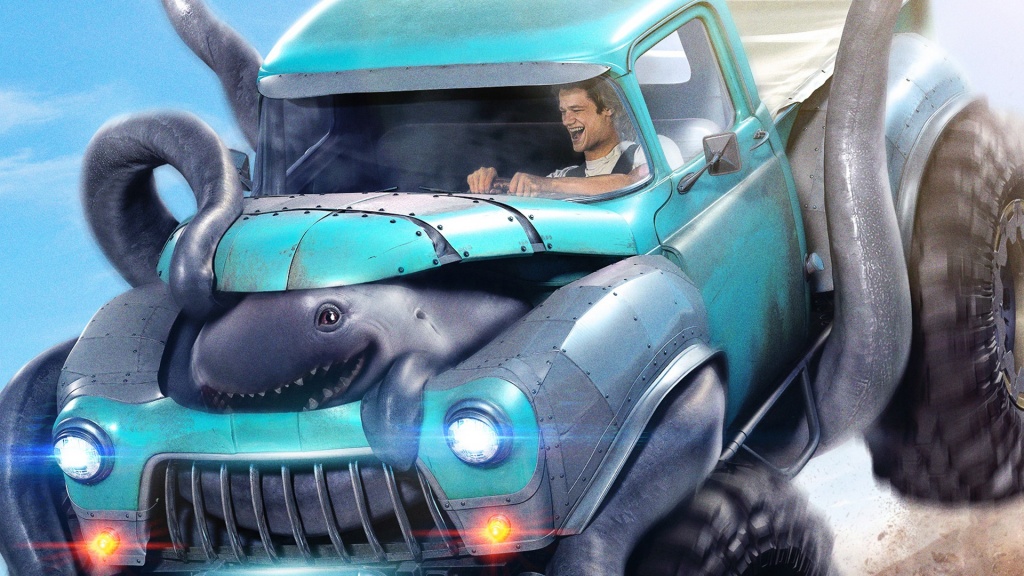 Review: Monster Trucks is an Entertaining and Fun Family Throwback

Monster Trucks follows Tripp (Lucas Till), a poor high school senior that works at a local junkyard located near Terravex, a local energy company. One evening while drilling for oil, a Terravex scientist named Jim Dowd (Thomas Lennon) discovers an unknown species living underground in the oil wells. Terravex continues business as usual which as a result causes one of the creatures to escape. Unaware of what has happened, Tripp continues to work at the junkyard while attempting to build a truck out of miscellaneous auto parts.

With a citywide search now underway, Tripp learns that the creature is living in the junkyard. He names the creature Creech and begins an investigation as to why his new creature friend is being hunted by Terravex. Tripp recruits Meredith (Jane Levy) to assist him in the investigation of Creech’s origins.The unlikable trio quickly discovers that Creech is not the only creature of his kind and that Terravex CEO Reece Tenneson (Rob Lowe) is trying to cover up and destroy the entire unknown species.

I won’t lie; it was hard not to be less than optimistic when walking into the theater to see Monster Trucks. The film had a pretty odd premise, and the trailer looked as though it was a joke rather than an actual feature length film. Truth be told, yes, Monster Trucks is a real film but even more surprising is that if you take it for what it is, it is wildly entertaining and enjoyable. With a title like Monster Trucks, I highly doubt anyone seeing the film would expect a groundbreaking next generation family film. If you somehow think that this film is poised to be the next big thing in family entertainment, let me tell you right now, it isn’t. 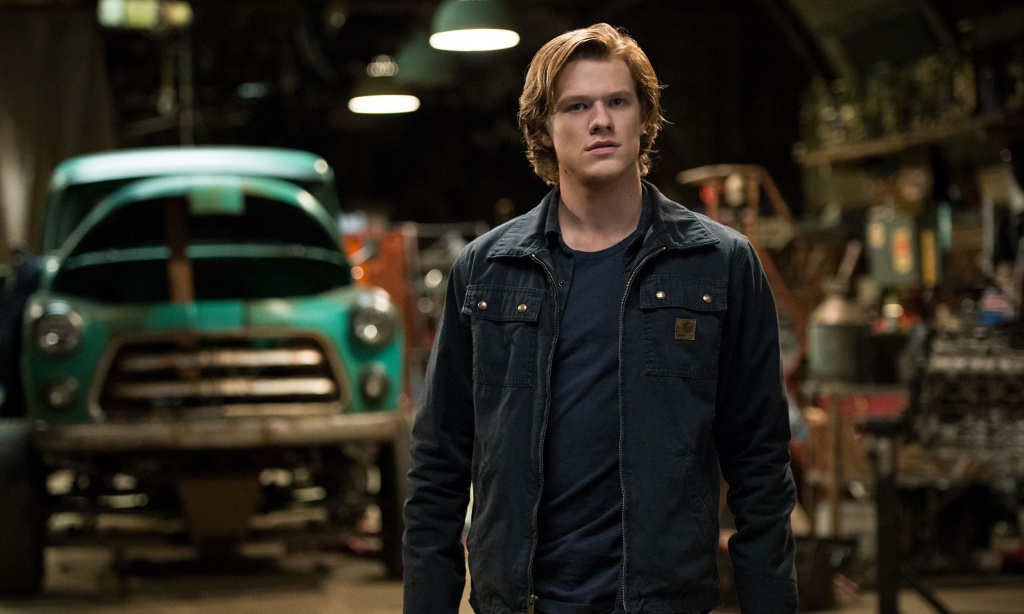 Monster Trucks is more of a throwback to the family films that were extremely popular in the 80s and 90s. If I were asked to describe this film, I would say it is E.T. meets Free Willy with a bit of the Herbie mixed in. It isn’t a film that is meant to be taken seriously but instead made to entertain. I do believe it achieves this and does it rather well. Despite how absurd the premise is, I found myself always entertained and engaged. Dare I say it, I even found myself rooting for Tripp, Creech, and Meredith throughout the film. It is entirely mindless entertainment, but that doesn’t mean it isn’t enjoyable.

I always pay attention to those around me during movies, and there were multiple moments throughout Monster Trucks where my audience clapped and hell, even cheered at certain scenes. The little boy sitting next to me was incredibly enthralled with the film. He covered his eyes at times and even screamed “that’s awesome” a few times during the screening. I honestly believe that sometimes critics fail to appreciate films which are geared towards children and families. They fail to get past the premise and forget how to just have fun with the outrageousness of the adventure.

It is amazing to me that a family-friendly film like Monster Trucks will more than likely be ripped apart by most critics while films like Fast and Furious franchise are labeled as mindless and fun popcorn flicks. Why can’t family films be the same way? While this is no Disney or Pixar film, it doesn’t need to be. There is always room for some good old fashion big budget spectacle geared towards families. 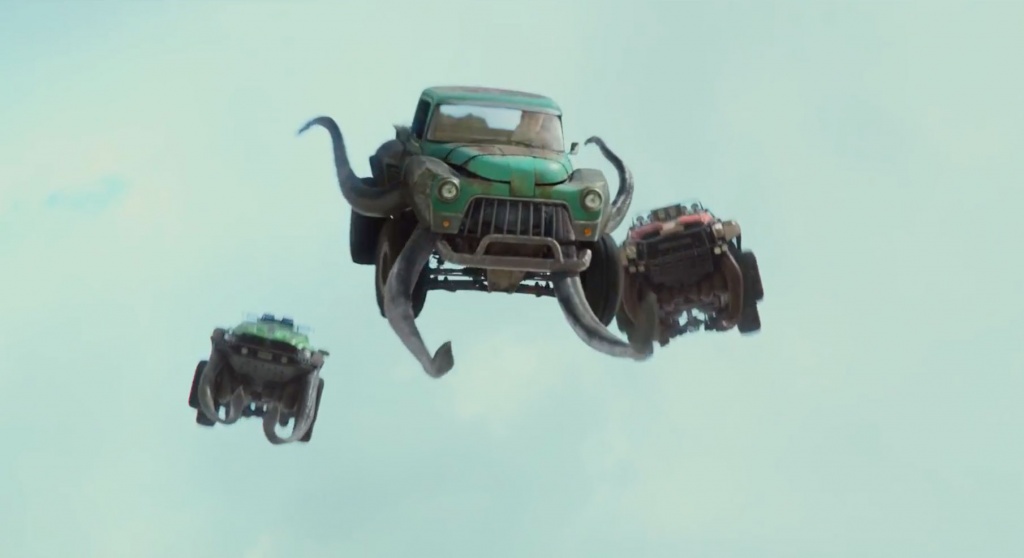 If I wanted to be critical, I could easily rip the film apart. However, I don’t feel like that is necessary as this is not the type of film that is meant to be taken seriously. Yes, the analytical side of me wants to scream at the screenwriter for writing a film about gas guzzling trucks while portraying an oil company as the villain. As a critic, there is always something to complain about, but sometimes you have to take a film for what it is. Monster Trucks was made to entertain and amuse children. It is just an insane over the top action adventure film that features quirky characters and a cute whale-like creature.

Throughout the film, all of the actors look as though they are having fun and embrace the material for what it is. Jane Levy and Thomas Lennon, in particular, look like they are having a total blast. Every character has his or her purpose of moving the story along. The script rarely does anything more with the characters than it needs to. The cast works well together while fully acknowledging the type of film they are a part of.

Do I think that spending $125 million dollars on a movie about a monster that lives in a truck was a bit much? Absolutely, but I do miss films that often make me forget the world around me and take me back to my childhood. I couldn’t help but think throughout this film how much I would have loved it if I was a kid watching it today. To think that a monster could live in a truck is such a silly high-concept but for children with wild imaginations, it is fun to think about. 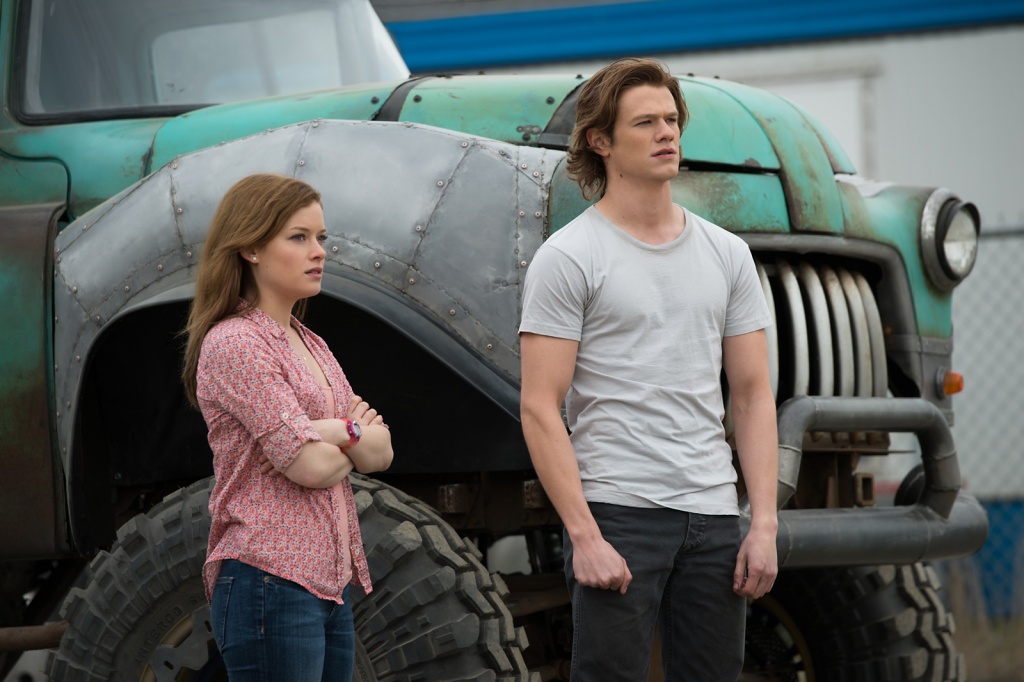 All in all, Monster Trucks is an enjoyable big budget family spectacle. It is funny, wildly entertaining, and creates a childlike sense of wonder. The film works best as a mindless family popcorn flick and is not something to be analyzed. It is made to entertain and does it’s job rather well. Despite popular opinion, I wish more films like Monster Trucks existed nowadays but I understand why they don’t. It isn’t easily to sell a live-action family film nowadays unless it is based on a popular toy franchise or a previous animated hit. Regardless, I had fun with Monster Trucks and hope that the film finds an audience.

Scott “Movie Man” Menzel’s rating for Monster Trucks is a 7 out of 10. 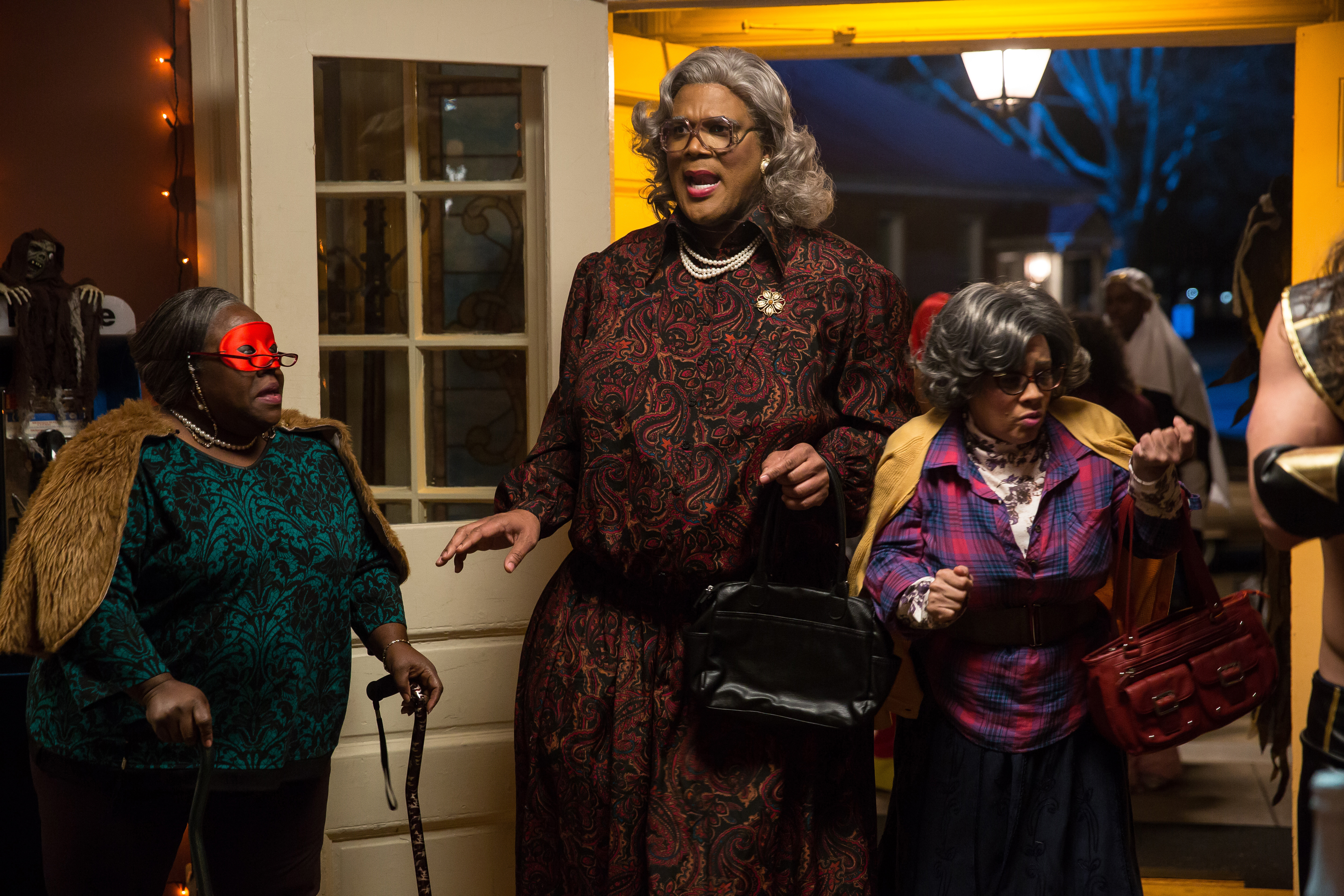 Review: ‘Monster Trucks’ is an Entertaining and Fun Family-Friendly Throwback.