After nearly two decades of attempts to develop a new cinematic event bringing Earthrealm and Outworld together, it has begun! (again). It is once again time to celebrate the fighting tournament known as Mortal Kombat. This new live-action adaptation takes a much bloodier approach than the PG-13-rated 1995 film from director Paul W.S. Anderson (which happens to also still be one of the very few legitimately good video game-to-movie adaptations). Fortunately for this film, while limited in depth, the expanded scope and efforts to not only incorporate much of the game’s lore but a diverse, international cast has led to a decently entertaining feature based around a game where people punch each other to death.

Keeping the simple premise in mind, the film does what it can to make the proceedings seem significant. A cold open sets up the rivalry between Hanzo Hasashi, aka Scorpion (Hiroyuki Sanada), and Bi-Han, aka Sub-Zero (Joe Taslim). The film then settles its focus on Cole Young, played by Lewis Tan, who does his best to make an entirely new-to-the-franchise character seem charismatic. Cole is an MMA fighter and family man with a dragon-shaped tattoo on his body.

Shocker – it’s not a tattoo. Rather than get into that, however, there’s something more important going on. The evil, soul-sucking sorcerer, Shang Tsung (Chin Han, dressed for the gritty reboot of Big Trouble in Little China), is plotting to assassinate Earth’s chosen warriors before the next Mortal Kombat tournament. This will allow the realm of Outworld to invade. Will this be a flawless victory for the bad guys, or will this group of specials be able to form some friendships and deal out some fatalities to save the planet? 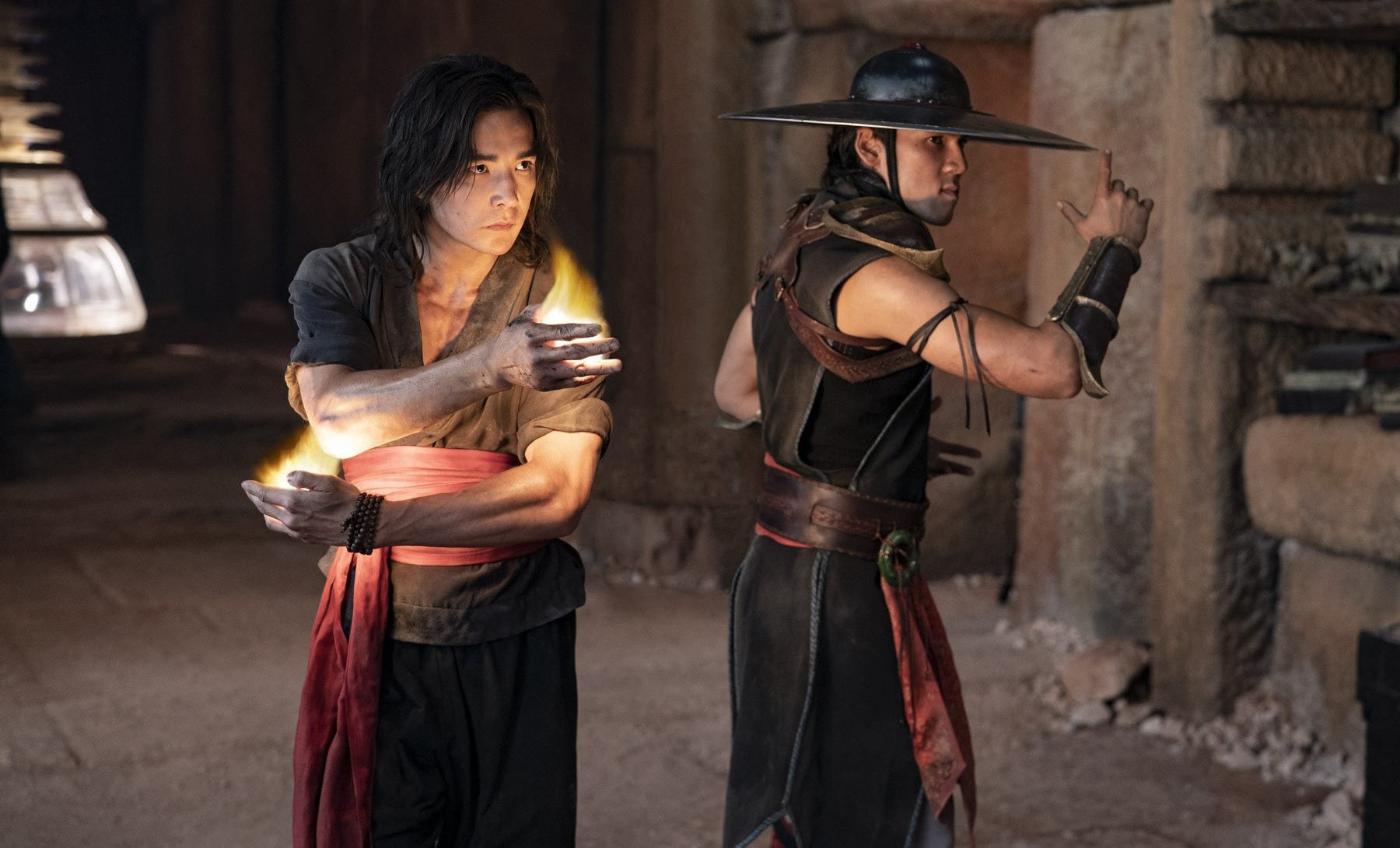 There’s a moment in the film where Kano (Josh Lawson), a well-known character in the Mortal Kombat universe, is frustrated to have not yet been rewarded with special powers similar to Lui Kang’s (Ludi Lin) fireballs. Kano throws a tantrum only to suddenly have his damaged eye equipped with a laser beam. It’s this fusion of elemental-based characters with the idea that spirits (or whatever) can suddenly gift a man a science fiction-skewing piece of equipment that should make it clear what kind of level this film is operating on.

Written by Greg Russo, Dave Callaham, and Oren Uziel, Mortal Kombat goes through a lot (perhaps too much) to justify the necessity of scenarios where over a dozen people engage in one-on-one fights, but it never strays from its tone. There’s a consistency that’s quite welcome as far as grounding this film just enough, yet not letting these circumstances for everything be taken too seriously. However, the downside is a lack of wonder or surprise in notable moments.

At one point, Goro, a four-armed half-man, half-dragon, arrives to fight Cole, a character who was living a regular life with his family less than a couple of days ago, and there’s not a bit of shock from any of these people when this massive thing just suddenly arrives. Other scenes featuring an acid-spitting monster or a quasi-cannibalistic assassin hardly raise an eyebrow. I don’t necessarily need to see Earth warriors Sonya Blade (Jessica McNamee) and Jax (Mehcad Brooks) deliver a Spielberg face any time something crazy happens. Still, for a movie attempting to appeal to more than just gamers, having characters come to terms with some of these ridiculous sights would have been nice. 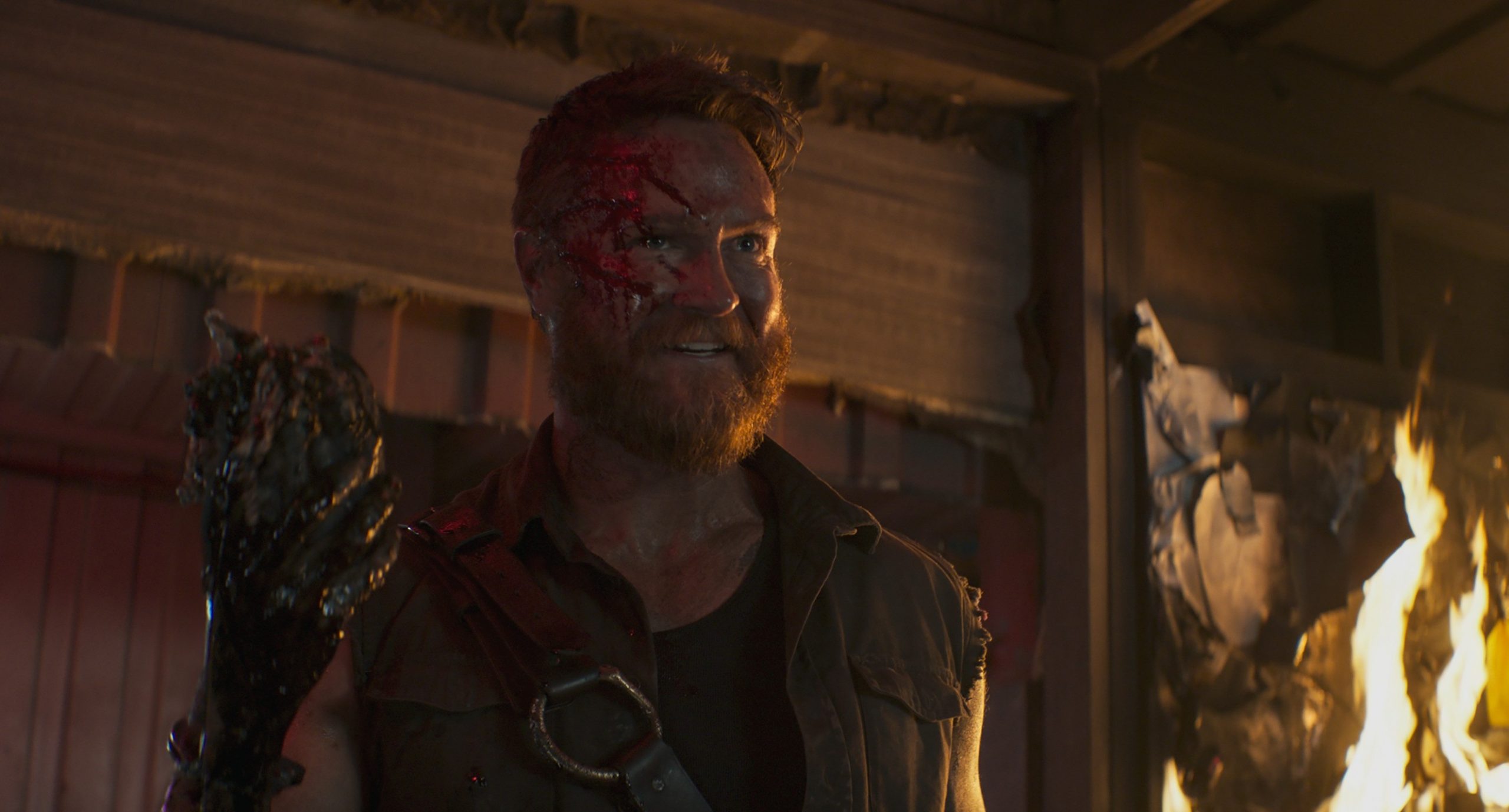 However, there’s plenty of good here, starting with the fights. Mortal Kombat does not come up lacking in the action department. There may be some awkward pacing here and there, which stems from essentially removing the tournament element from a game series based around a major tournament, but when the action kicks into gear, it’s a lot of fun. Director Simon McQuoid and his team do what is needed to show these various fighters’ powers and violent capabilities without getting around the inherent sense of humor that comes with them as well.

I can’t say the action cinematography is always excellent (it appears Earthrealm also only has so many chosen filmmakers when it comes to modern Hollywood action sequences). However, the stunt work and fight choreography deliver, and several standout moments leave the right amount of impact. A lack of reliance on heavy uses of green screen and CG (despite a few digital characters) was also welcome.

As far as what else this film relies on – it’s primarily the attempt to bring a decent-sized handful of these video game characters to life without resting the film on prior knowledge of them. Sure, there are winks and easter eggs abound (my familiarity only goes so far, but even casual Kombatants will notice plenty), but the film avoids keeping its plotting only discernable to those most heavily invested in the series (again, the movie is about stopping a sorcerer through fighting matches). 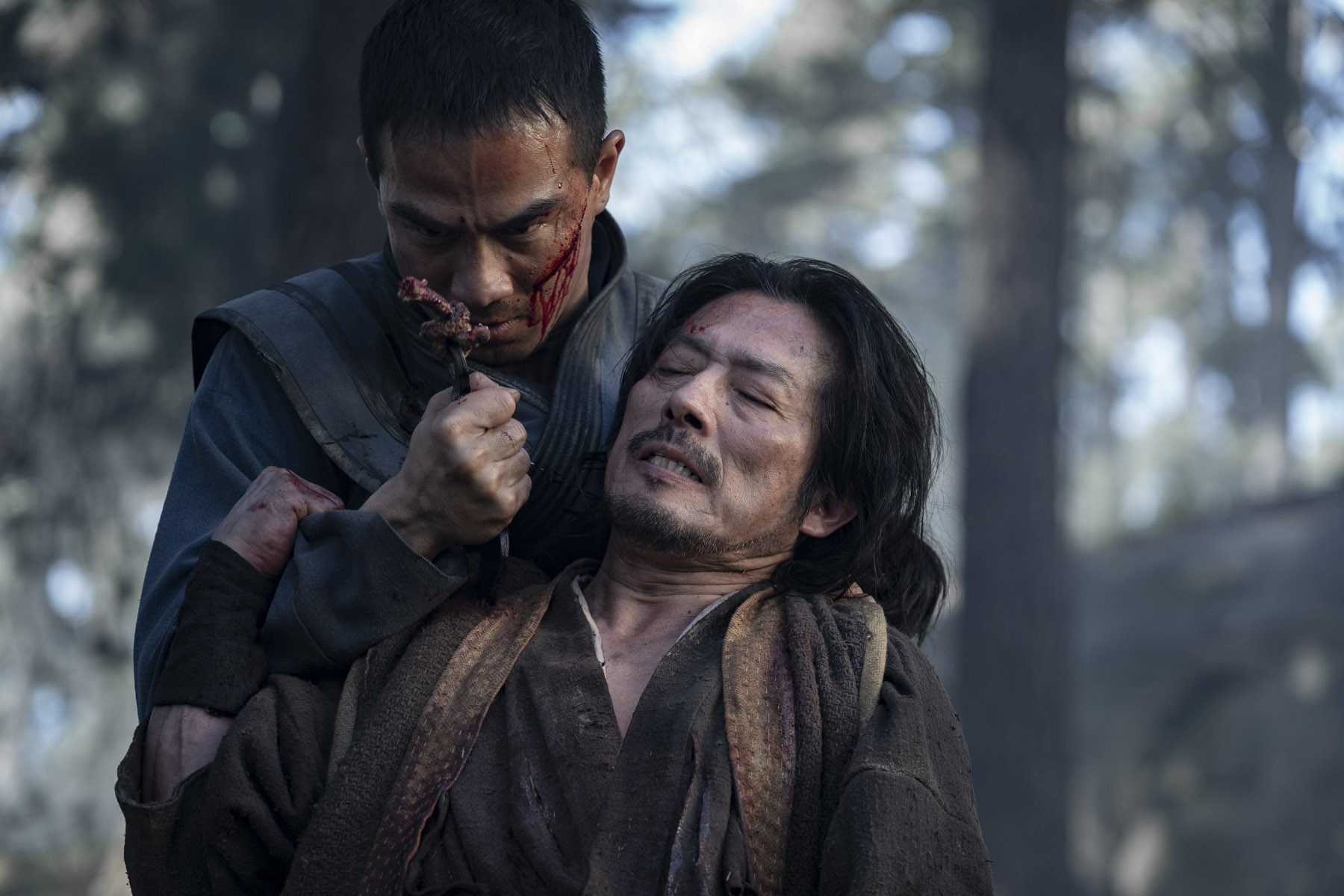 With that in mind, it’s not as though we’re dealing with an Ocean’s 11-level ensemble. Working mainly with the stunt team behind Aquaman (James Wan serves as producer on this film), I guess I’m happier admiring the efforts to put these people together alongside veteran actors like Sanada (The Twilight Samurai) and Tadanobu Asano (Silence), as well as on-screen martial artists like Taslim (The Raid). However, for what it’s worth, Lawson has a lot of fun as Kano, only for the character Kabal (voiced by Damon Herriman) to step in and act like a more extra version of Kano. Basically, for as silly as it gets, it is an inclusive movie and wears its smile on its sleeve quite often as well.

Oh, and this film is incredibly violent. That should be emphasized. While putting together a suitably entertaining B-movie with a decent budget, little was spared when it came time to show gory outcomes for those who lose their fights. Heads are smashed, limbs are torn off, and innards become outtards. Only so often do we see characters actually seem in pain from their injuries before moving on to the next fight, but there’s plenty of times when we’re absolutely sure someone is not going to get up from the brutality they were just subjected to.

I’ve grown very tired of complimenting video game movies for managing to step over the very low bar for success, but I am happy to give credit where it is deserved. While not as solid as the surprisingly excellent 2020 animated film, Mortal Kombat Legends: Scorpion’s Revenge, this live-action Mortal Kombat is a giant step above 1997’s abysmal Mortal Kombat: Annihilation and the many lousy video game movies that followed. There are plenty of fights, the film’s vibe does well enough to balance the blobs of exposition with entertaining character bits, and these fatalities go the complete three rounds of graphic. That’s enough for a fun go-round with these defenders of the realm. (Toasty!) 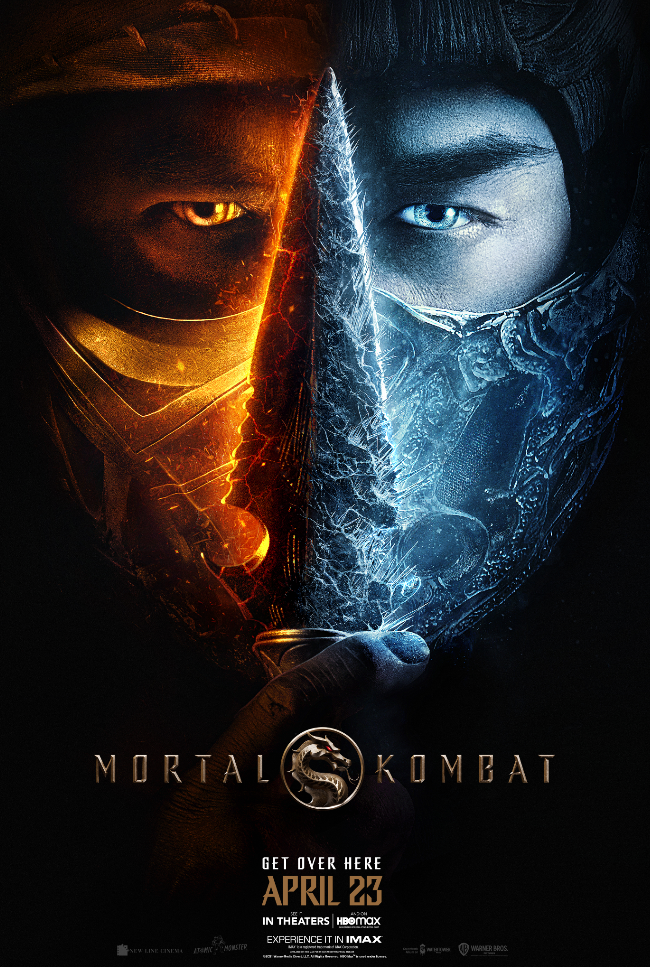 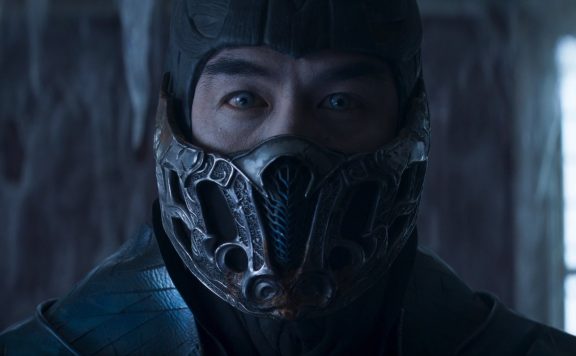 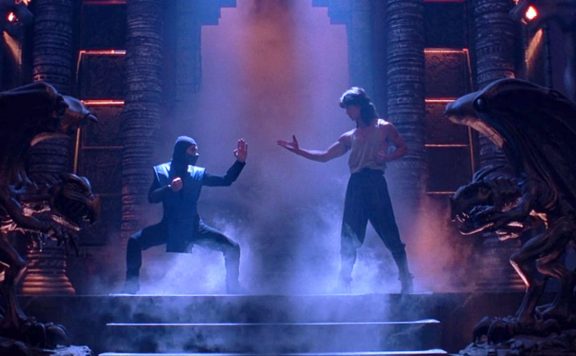 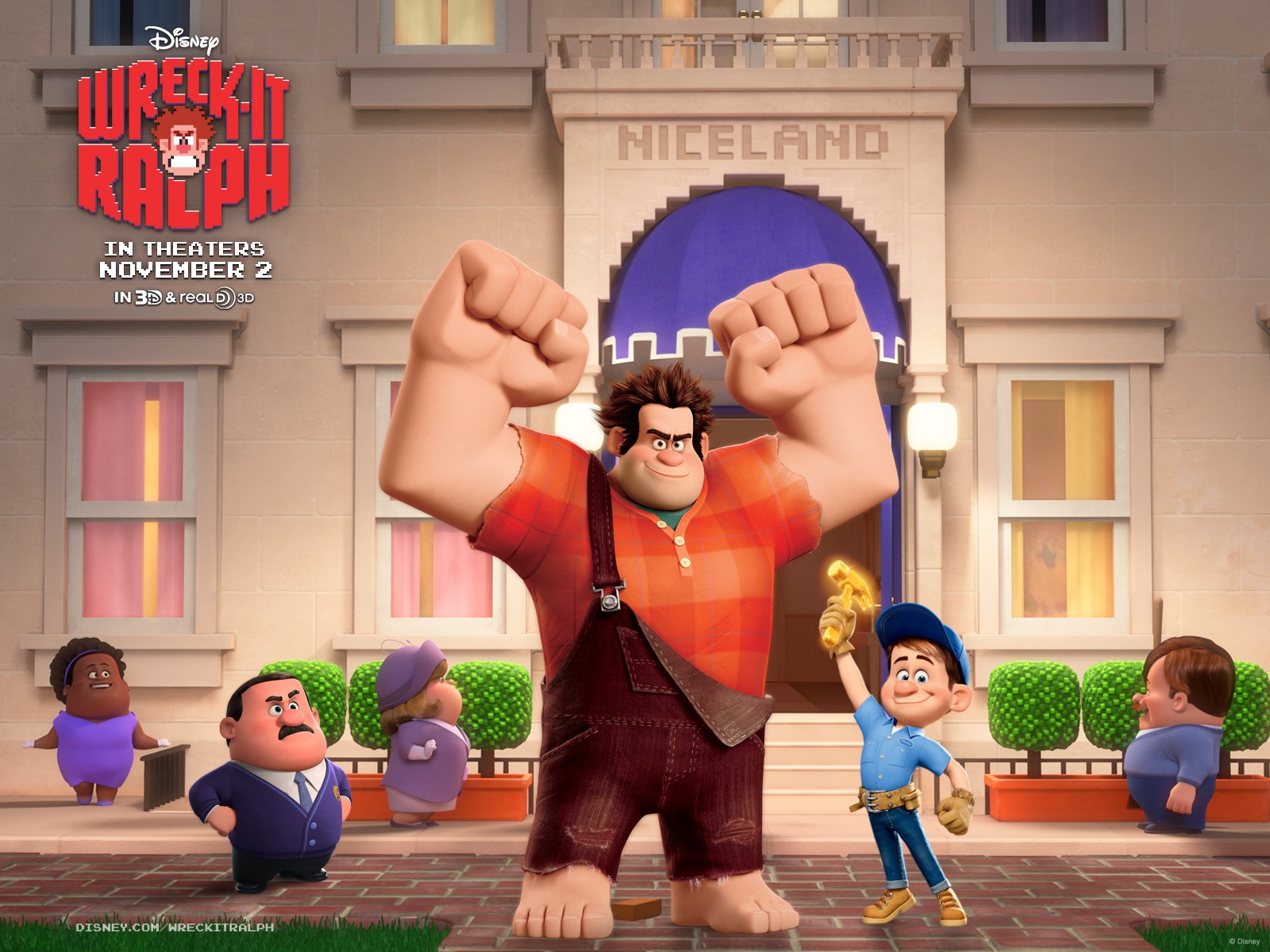 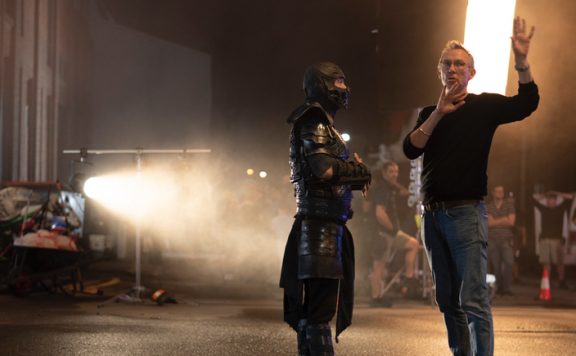 ‘Mortal Kombat’ Review: A Fun Enough Test Of Might 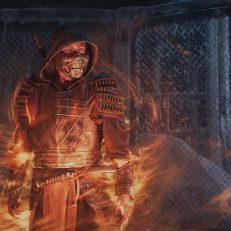 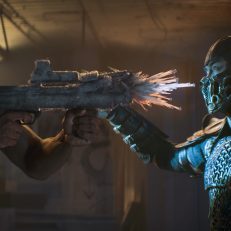 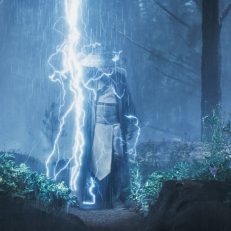 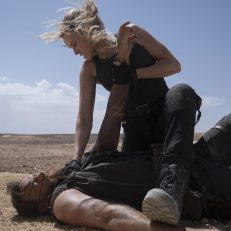 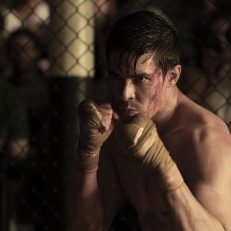 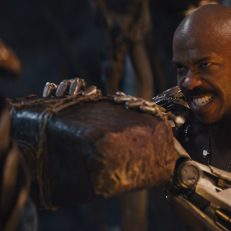 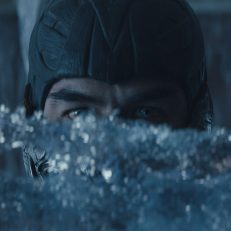 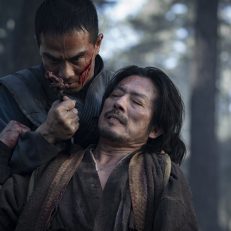