Film is clearly a subjective art form. Some films aim to be more mainstream, with the goal of being loved by the masses, while others try to push the envelope, daring to be different, often prompting a more negative reaction. For those filmmakers who purposefully live on the outer edges of that appeal spectrum, an agreement is made with the audience that says: I’m going to be bold; you will love it or hate it. For writer/director Riley Stearns, his 2019 film The Art of Self-Defense paved a unique road down a path of black comedy mixed with social commentary, featuring an offbeat, deadpan style. Audiences who were challenged to love it or hate it generally loved it. His follow-up, Dual, contains much of the same aesthetics but has far less success connecting with either its purpose or its audience.

Stearns goes for a much darker tone in Dual, setting his story in the not-too-distant future, where people who know they are dying can have a replacement clone made, which will continue living their life after they’ve gone. It is the same concept we saw in Benjamin Cleary’s Swan Song last year, but, in that film, everyone in the person’s life was kept in the dark about the swap. In Dual, everybody knows, and that’s precisely the point. We meet Sarah (Karen Gillan), who has been diagnosed with a rare but terminal stomach disease. Sarah opts to have a replacement made, introducing her to everyone, including her boyfriend and her mother, but then finds out that she’s not going to die after all, leaving her with no other option than to have a federally-mandated dual to the death, because you obviously can’t have two identical Sarahs walking around.

While it seems like a fun twist on a familiar concept, Stearns fails to deepen any of the story’s context or the characters, giving us neither a biting social satire nor an engaging human drama. The film provides only the simplest outline of a plot, and our understanding and connections to characters are limited to one-word descriptions, such as boyfriend, mother, teacher, or doctor. The script certainly isn’t much better, with stilted, uncomplicated dialogue delivered with an intentionally un-emotive tone only adding to the perplexing aimlessness of what this film is hoping to achieve. In asking the actors to intentionally deliver every line with the most deadpan approach, the eventual rhythm of the film devolves into a monotonous, awkward dirge, holding the audience at a distance, making it far too easy to disconnect, inspiring confused giggles, which might be exactly what Stearns is going for. 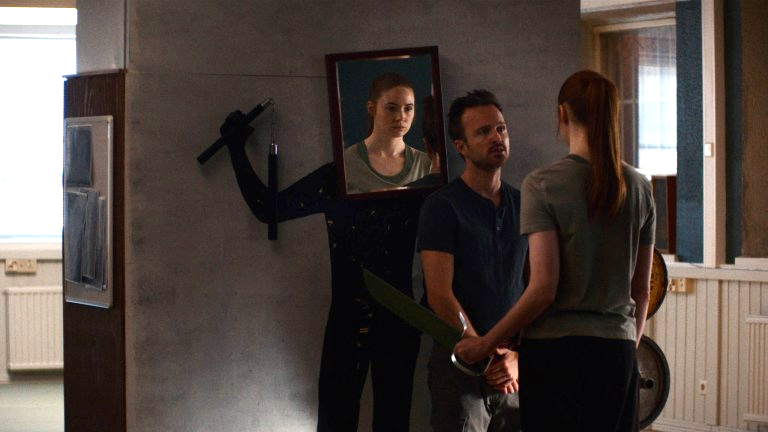 Some may argue that Stearns’ signature deadpan style is exactly the point, challenging an audience to find the satire and social commentary within the simplistic, awkward and stilted approach. Still, an opposing argument says there is such a thing as being too quirky for its own good.

There is a blithely vague attempt to tease some pretty heavy concepts, especially the notion of self-awareness and an individual’s right to self-determination, and indeed the larger issue of death itself is a vast ocean that Dual barely dips a toe into, but it loses all of its significance in the films’ overly casual and dismissive approach to its own relevance. Unfortunately, Dual spends so much time being awkward that it misses every opportunity to be interesting. 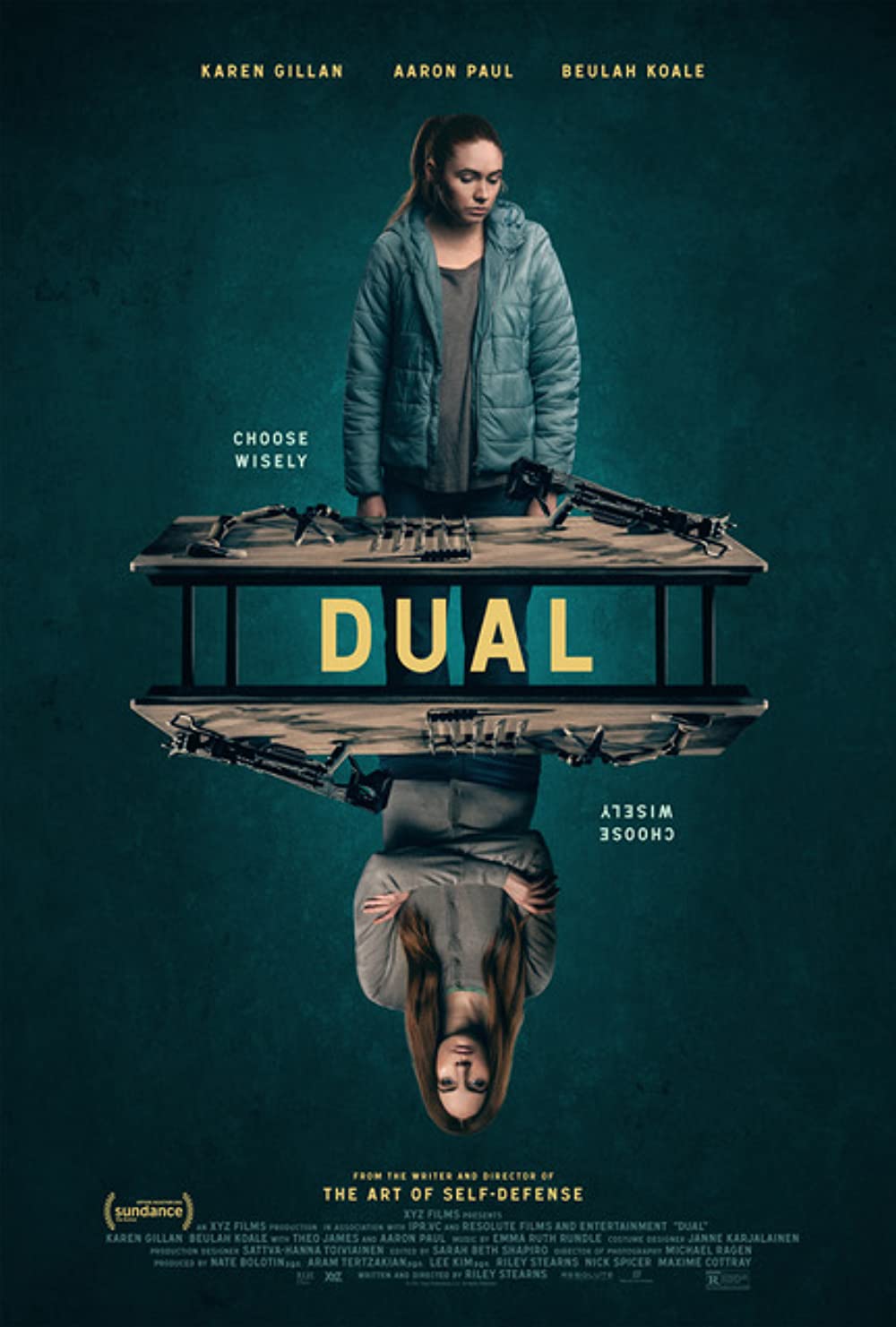 A woman opts for a cloning procedure after she receives a terminal diagnosis but when she recovers her attempts to have her clone decommissioned fail, leading to a court-mandated duel to the death.
0
Average User Rating
0 votes
Please sign in to rate.
Film:Dual
Cast:Aaron Paul, Beulah Koale, Karen Gillan, Maija Paunio
Director(s):Riley Stearns
Writer(s):Riley Stearns
Genre:Dark Comedy, Sci-Fi
Studio(s):RLJE Films
MPAA Rating:R 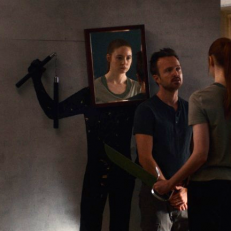 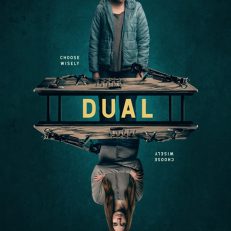