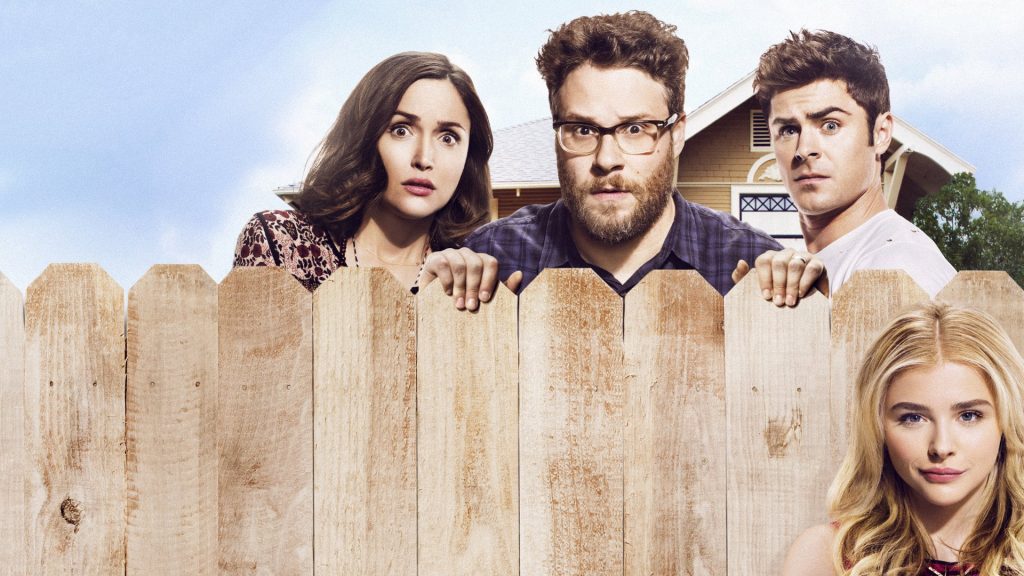 Neighbors 2: Sorority Rising follows Mac (Seth Rogen) and Kelly Radner (Rose Byrne), the same married couple from the first film, who are looking to sell their home as baby number two is quickly on the way. Mac and Kelly find a couple to purchase their house but learn that the house will be in escrow for the next 30 days. Soon after receiving the good news, Shelby (Chloë Grace Moretz) and her sorority sisters Beth (Kiersey Clemons) and Nora (Beanie Feldstein) move in next door and begin to throw parties nightly. It is now up to Mac and Kelly to stop the sorority for 30 days in order to sell their home.

I saw Neighbors at its World Premiere at SXSW back in 2014. I thoroughly remember being incredibly underwhelmed with the film and was shocked by the rave reviews. When I heard about the sequel, I can’t say I was shocked but rather just disappointed that something so mediocre would be getting a sequel. With that being said, Neighbors 2: Sorority Rising is strong improvement over the original.

What shocked me about Neighbors 2 was that the story managed to discuss important topics such as feminism and individuality in-between the standard Seth Rogen dick and weed joke. I was kind of shocked that even though some of the film falls more under the umbrella of pseudo feminism that the film as a whole does actually respect women and doesn’t degrade them as sex symbols. It would be very easy for this film to showcase females prancing around in sexy outfits or topless but for the most part, the three sorority sisters are portrayed as strong individuals with brains and beauty.

While the reason why the sorority is created is rather silly, what the women stand for remains true throughout the entire film even with the silly hijinks that ensue. As my friend Fred Topel mentioned to me before I saw the film, the whole sorority thing actually adds something to the story. As someone who grew up watching college films from the 70s, 80s, and 90s, the genre was never as strong as it was in those decades. Nowadays, the whole college film genre seems extremely basic and formulaic. The idea of focusing on a sorority feels fresh and really makes the film stand out. The film gets even more kudos points for not making the female characters slutty stereotypes who lack brains and morals.

A big issue for me was the inconsistency with the first film as it ends with Zac Efron’s Teddy becoming somewhat friends with Rogen’s Mac but that is completely forgotten here. It may seem like a minor thing but it really bugged the crap out of me. In addition, there is a cell phone scene that was beyond stupid and felt entirely out of place. Without going into great detail, the sorority sisters mess with Mac and Kelly cell phones and for some reason that makes absolutely no sense at all, Mac ends up in Sydney, Australia.

As for the cast, Seth Rogen is playing Seth Rogen yet again. I understand that people love Rogen but he plays the same exact character over and over again. I don’t even think its a character at this point but rather Rogen just being himself on camera. As much as people think I dislike Rogen, I do like him when he does something a little bit different like in Observe and Report and Steve Jobs but this is just more of the same old schtick. I will say, however, that with Byrne and the rest of the cast by his side, he did shine in certain scenes. He even had an oven joke, which I am sure you can guess where that goes, that made me burst out laughing. 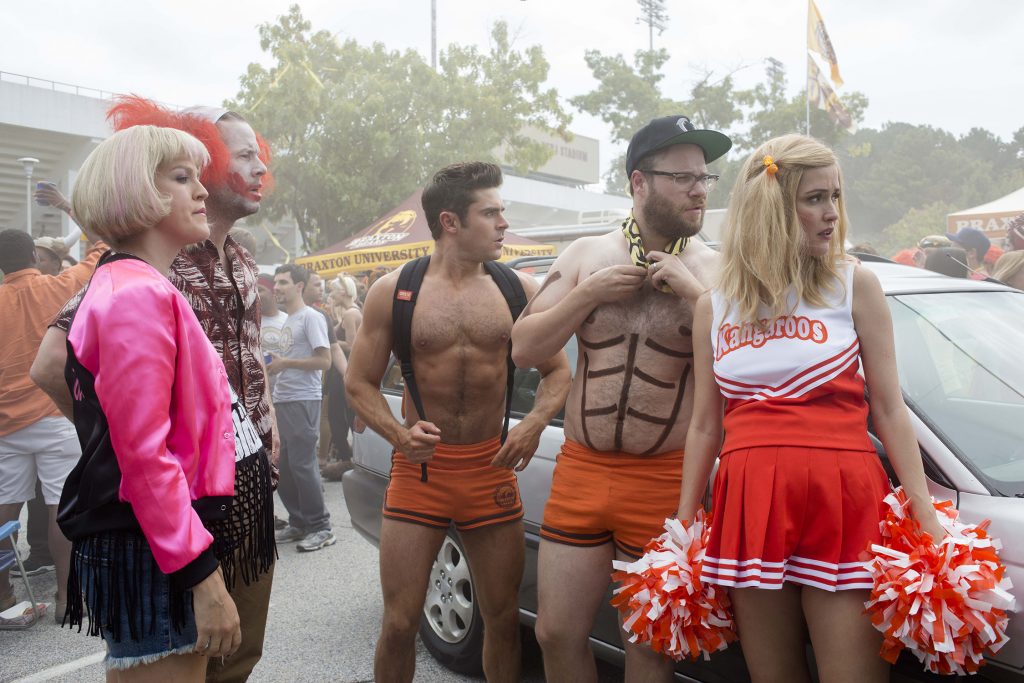 Rose Bryne is good here but a tad underused. After seeing her in SPY last year, Bryne proved she is a great comedic talent which I don’t feel this film fully captured. Zac Efron does his Zac Efron thing by showing off his abs and batting his pretty little eyes. I swear at this point, Efron is sadly just getting by on his looks. These roles are so mundane and his performance is so one note. He fits the part, don’t get me wrong, but I thought Efron was going places but instead just keeps taking scripts where all he has to do is be shirtless and pant-less or a combination of the two. Ike Barinholtz reprises his role from the first film and pretty much plays his character Morgan from The Mindy Project only with some very creepy clown makeup.

Chloë Grace Moretz, Kiersey Clemons, and Beanie Feldstein are the three main sorority sisters and serve as the real backbone for the film’s story. Their characters want to be viewed as individuals yet they still want to party and have a good time. They may smoke a lot of weed but they have brains. They are a good balance between the standard college girl and a modern day feminist. The scenes where they are planning revenge on Mac and Kelly are infantile that is for sure but given the type of film this it, they work for the most part. The moments where they shine the most, however, is in the self reflection moments where they are forced to question their own morals in order to keep the sorority going.

There are a few pointless cameos throughout the film including Selena Gomez, Kelsey Grammer, and Hannibal Buress. Again, this isn’t being spoiled, they are listed on IMDB or are in the trailers. These actors are all pretty much wasted and don’t really do much for the story or plot. I would even argue that the scene with Grammer as Shelby’s dad is beyond pointless and completely forgettable.

All in all, Neighbors 2 is a lot more of the same but improves upon the original. The jokes are funnier, the story is more interesting, and addition of three solid female characters really added something to the mix. While I won’t say that I loved this film and can’t wait to watch it again, I will say that I was pleasantly surprised by it and think its a decent comedy if you are looking for a few laughs. I wouldn’t recommend paying full price for this at the local theater but a matinee or Blu-Ray rental wouldn’t be the worst way to waste a few bucks and hours of your time.

MovieManMenzel’s final rating for Neighbors 2: Sorority Rising is a 6 out of 10 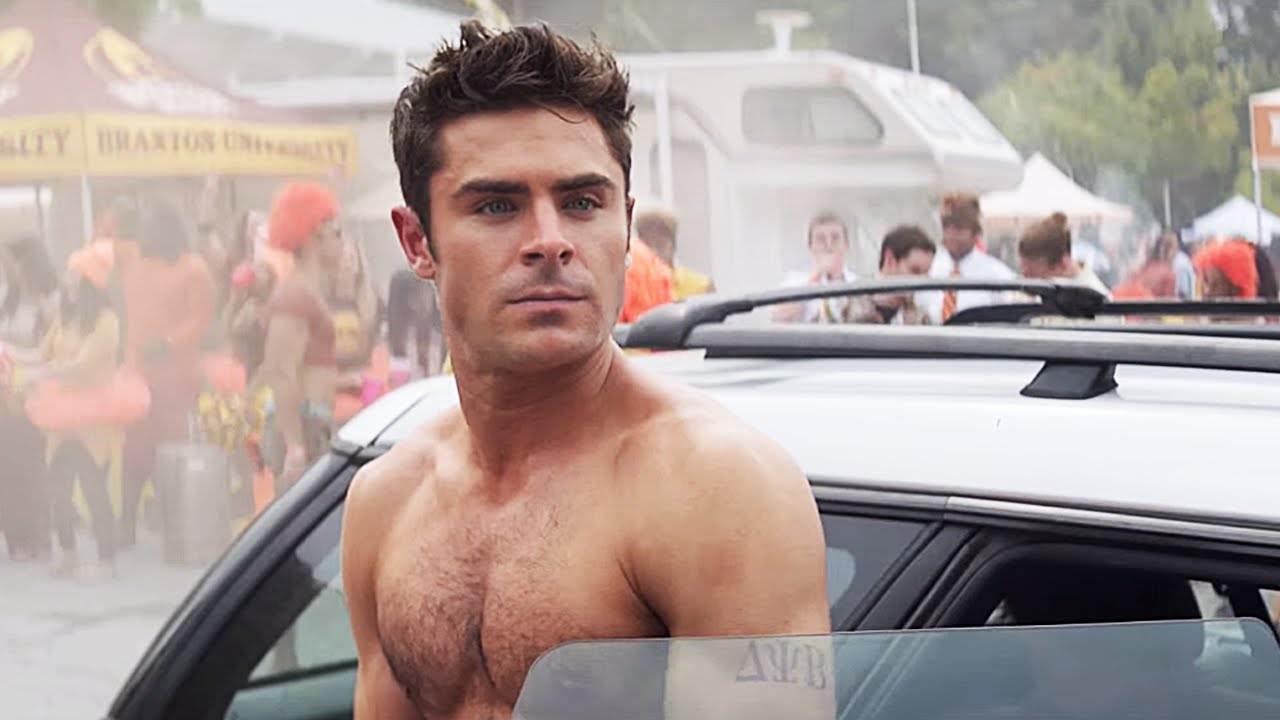