Universal has released another Red Band trailer for the sequel to Neighbors. The title is Neighbors 2: Sorority Rising. We see the return of Seth Rogen, Zac Efron, Rose Byrne, and Dave Franco. In addition, we welcome Chloe Grace Moretz and Selena Gomez as part of the sorority that moves in next door. 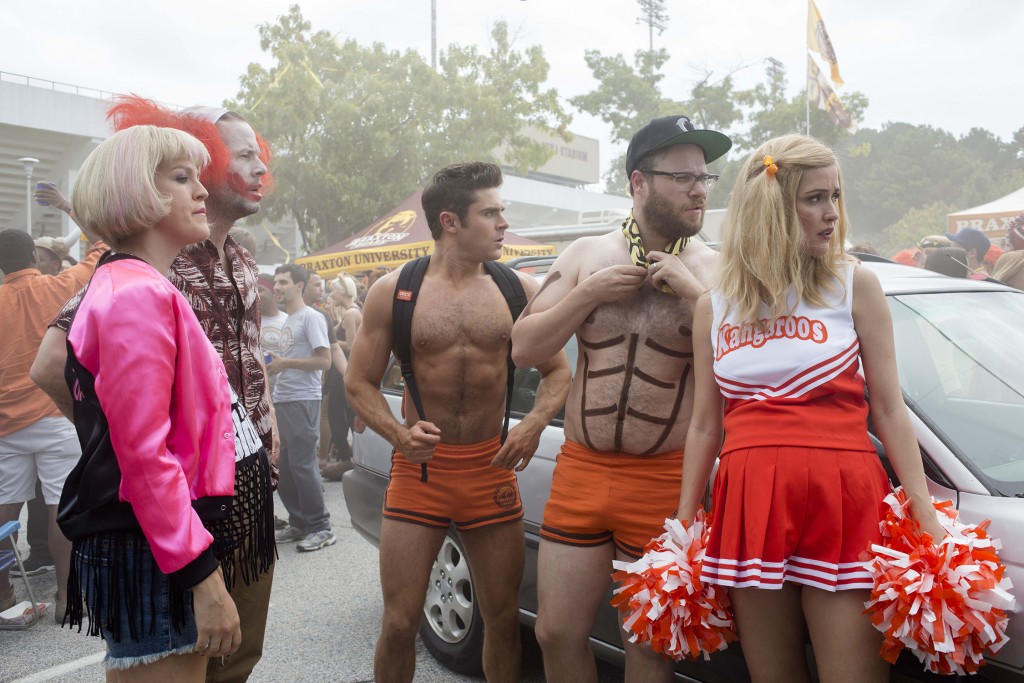 According to Universal, returning stars Seth Rogen, Zac Efron and Rose Byrne are joined by Chloë Grace Moretz for Neighbors 2, the follow-up to 2014’s most popular original comedy.  Also, back in the same duties are director Nicholas Stoller and series producers Evan Goldberg, James Weaver and Rogen who produced the film under their Point Grey Pictures banner.

This time around, Zac Efron helps Seth and Rose instead of fighting against them to vanquish the new sorority. Similar jokes can be found in the new trailer and it doesn’t look like too much of a stretch a from the original. I personally am excited to see Ike Barinholtz from Mindy Project and Sisters return as he was one of the few highlights from the original.

What do you think of the trailer? Will you be seeing the film? Do you think it will be better or worse than the first installment? Comment below with your thoughts. We would love to hear them!