There is a specter haunting Allison O’Hara (Carrie Coon, Fargo) in The Nest, but it’s not the paranormal sort—it’s just the oppressive gloom of knowing her life could have been different. Instead, she drifts through a foggy netherworld of going along to get along. While her hollow, charming husband Rory (Jude Law, The Holiday), wheels, deals, and spends like there is no tomorrow, Allison looks the other way while stashing cash away for a rainy day. And there are plenty of those in her life.

It’s sometime in the 1980s, and Rory has uprooted his grumbling family—the couple has two surly kids—from America to the U.K., where he’s gotten a new job he swears is going to change their lives for the better. He told Allison he was offered the position, but that turns out to be a lie. Allison learns this at a gala as the company head, Arthur (Michael Culkin, Garrow’s Law), gives a speech about how Rory called him and pitched his services. Allison, ever the seething enabler, does not confront Rory. Instead, she throws herself into training her new horse—the one thing she can control.

But the ominous cancer of the O’Hara family afflicts the steed, who collapses beneath Allison during a ride one day and dies. Metaphors of that nature continue throughout the film, making it feel like a horror movie (think: Hereditary without the supernatural aspects and gore). The mansion they live in, a huge, cavernous, dark-paneled monstrosity, would be right at home in any Hammer Film of the 1960s. 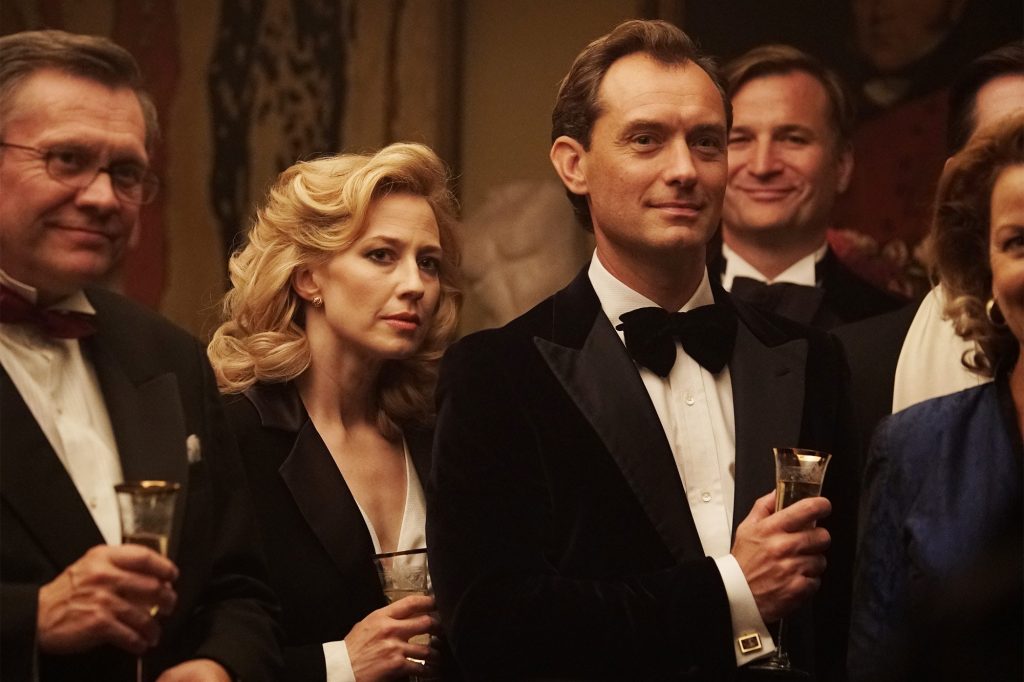 The Nest is the second feature from writer-director Sean Durkin, who got a lot of attention nine years ago with his debut, Martha Marcy May Marlene. That film was about a young woman who escaped from a cult only to find that her mind remained trapped while her body is freed. Here, our heroine is older but not necessarily wiser; the ersatz cult-leader is her self-aggrandizing spouse. The bonds that tie her are the shackles of her constrictive role as a stay-at-home mom living beyond her means on a cloud of empty promises.

The Nest presents a chilly, color-leached picture with long silences and cold stares punctuated by the occasional outburst of anger from one of the O’Hara clan. The smart, stunning cinematography (by Mátyás Erdély, The Quiet Ones) underscores the simmering moodiness of this dramatization of dissatisfaction to perfection. The spare, stark score (by Richard Reed Parry, Boyhood) is equally fitting. 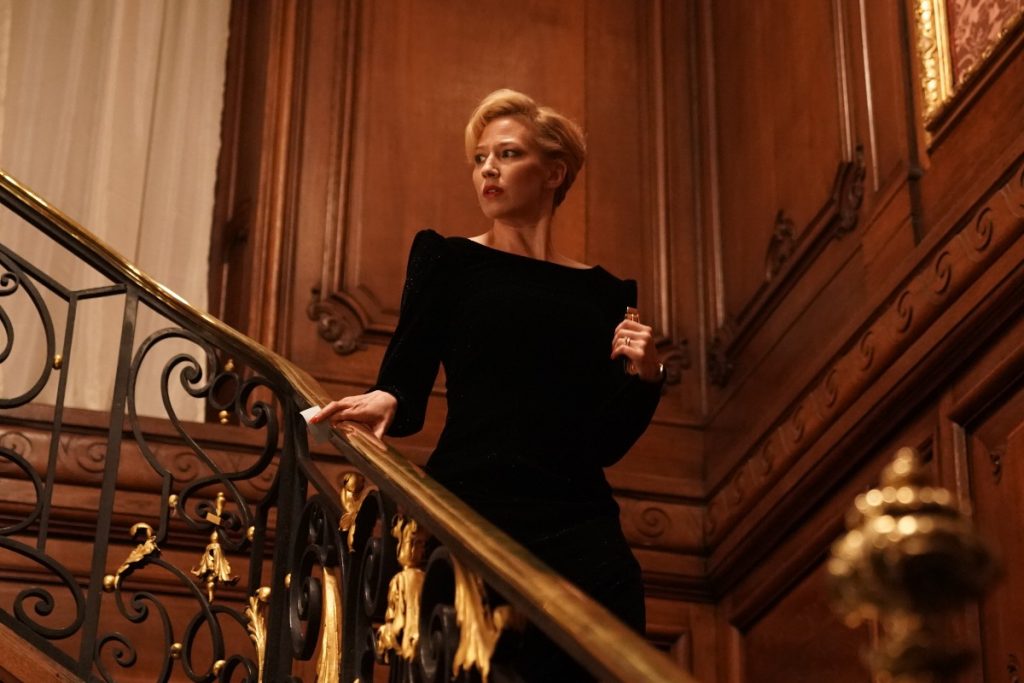 Best of all is the casting and acting. Law’s narrow range is honed to razor-sharpness here as an aging pretty boy who finds that his gift of gab and good looks won’t carry him on a magic carpet all the way through life. Coon is understated yet speaks volumes with the slightest flick of a cigarette or the cut of her gaze. Allison is poised, regal, and just as calculating as her husband in many ways. Each uses the other to maintain their respective facades.

If you’ve seen Martha Marcy May Marlene, then you may have an idea of what to expect in the end—that is, there is no grand finale. Merely a heavy sigh. Some may find the lack of resolution disappointing, but that’s life, and The Nest is a slice of the same. 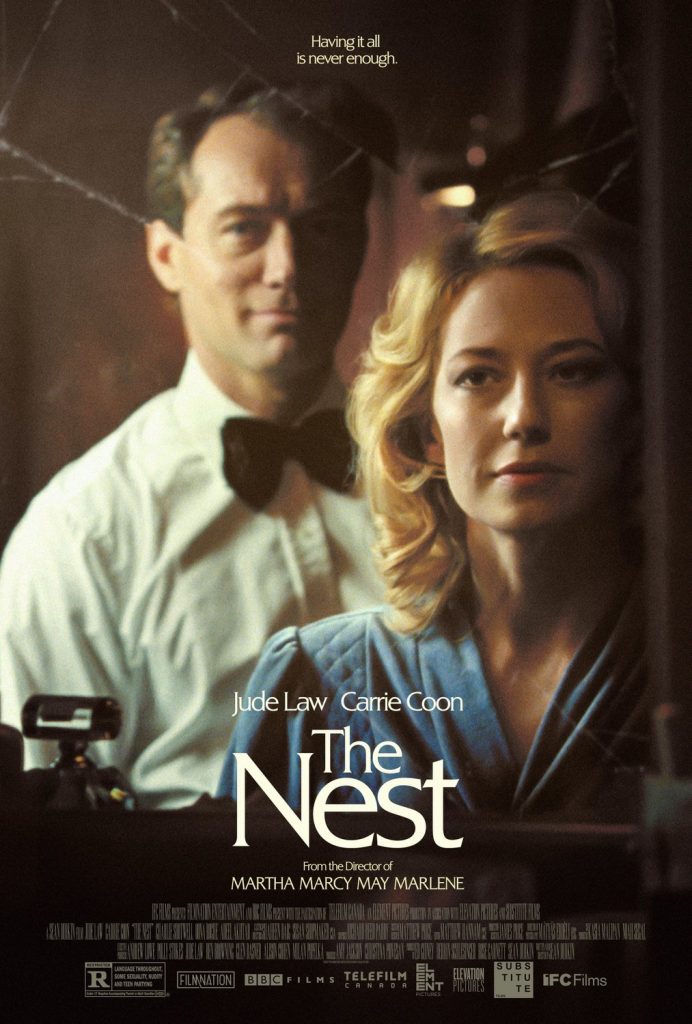 ‘The Nest’ Review: A Haunted House Tale Minus the Ghosts