For the week of April 11th, two more Best Picture nominees are making their way to 4K UHD and Blu-ray this Tuesday. Fox Home Entertainment will be releasing the uplifting true story adaptation, Hidden Figures. The second acclaimed release, also based on a true story, is Lion. Starring Dev Patel, Lion comes to us from Starz / Anchor Bay. The first releases of 2017 are also making their rounds to home media this week, including Monster Trucks and The Bye Bye Man.

A few months ago, Hidden Figures became an overnight sensation during award season. The Fox release follows the real-life story of three African-American women, who were pivotal during the Space Race in the early 1960’s. While pioneers in their field, these unsung heroes confronted gender and race inequality during a culturally different time period. Taraji P. Henson, Octavia Spencer and Janelle Monae portray the three women, each on their own path in NASA. The film also stars Kevin Costner, Kirsten Dunst and Jim Parsons as NASA employees.

As mentioned before, Hidden Figures was a favorite amongst critics and audiences. The film grossed over $168 million, becoming the most successful of last year’s Best Picture nominees. Here at We Live Entertainment, there was plenty of praise for the film as well. In her review, Ashley Menzel stated “Hidden Figures is arguably one of the most important films (of the year).” Matt Marshall agreed, believing the film to be “uplifting, charming and inspiring.”

Fox Home Entertainment will be distributing Hidden Figures in both 4K UHD and Blu-ray combo packs. An exclusive eBook offer will be available at Best Buy.

Starz / Anchor Bay will be releasing its Best Picture nominee, Lion this Tuesday as well. Also based on true events, Lion spans several decades from 1986 to present day. Based on the non-fiction book, A Long Way Home, Lion chronicles the journey of a young Indian boy (Sunny Pawar), who gets lost in Calcutta. Thousands of miles from home, he is later adopted by an Australian family (Nicole Kidman, David Wenham). When he grows older (now Dev Patel), he sets out to find his home and long-lost heritage.

Like Hidden Figures, Lion was also well-received by critics. The film was nominated for several Academy Awards including Best Picture. Reception here at We Live Entertainment has been equally enthusiastic. Franchise Fred deemed the film “an intense and harrowing story that rewards you for going through it.” Nick Casaletto added in his review that Lion is “a great story with an exceptional performance from Dev Patel.”

Starz / Anchor Bay will be releasing Lion this week as a Blu-ray, Digital HD combo pack. 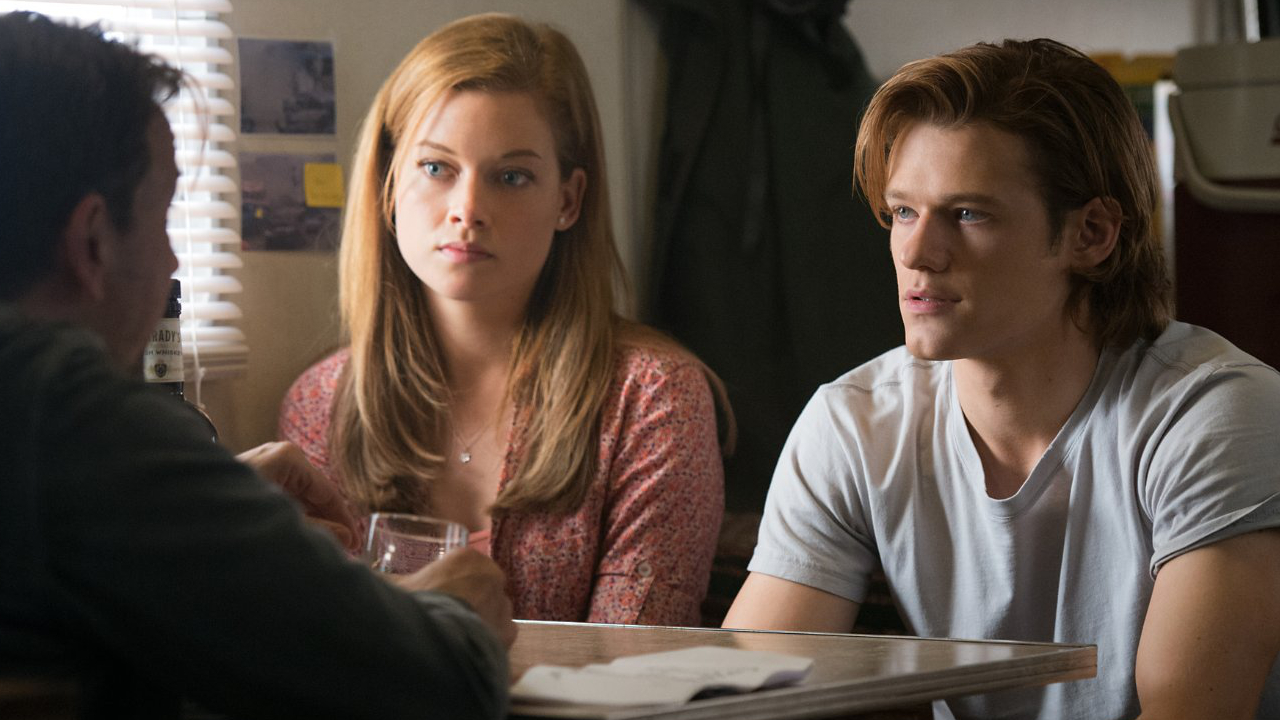 Moving away from the last year’s Oscar nominees, we come to first films of 2017 on home media. First up is Monster Trucks from Paramount Home Entertainment. The family film directed by Chris Wedge follows a high school senior (Lucas Till) who befriends a creature with a taste for speed.

Reviews weren’t too positive for Monster Trucks, which scored a 32% on Rotten Tomatoes. Scott Menzel was positive about the film. In his review, he called Monster Trucks “an enjoyable big budget family spectacle.”

Paramount will be releasing the family film as a Blu-ray, DVD, Digital HD combo pack.

Last up for the week is the horror film, The Bye Bye Man from Universal Home Entertainment. In The Bye Bye Man, three students move into an off-campus house where weird things begin to happen. They end up unleashing the wrath of the Bye Bye Man, who influences his victims.

Like Monster Trucks, The Bye Bye Man received negative reviews from critics. Scott Menzel was slightly more positive towards the film. He called The Bye Bye Man “a middle of the road horror that hits the mark on certain things while missing others completely.”

Universal will be releasing the horror film as an Unrated Blu-ray combo pack.