New Trailer for A Quiet Place Shows More of the Horror

This latest trailer for A Quiet Place is anything but quiet. In fact, the noise in this is creepy as hell because “If they hear you, they hunt you,” and, well, that just can’t be good.

Actor/director John Krasinski, who made his feature directorial debut in 2016 with the family dramedy The Hollars, steps behind the camera again with this new horror thriller, and it looks like he might have found his niche, at least judging from the trailer.

Krasinski also stars with real-life wife Emily Blunt, along with Wonderstruck‘s Millicent Simmonds and Wonder‘s Noah Jupe. They play a family struggling to survive in a post-apocalyptic world after what we’re assuming was a pretty deadly invasion by some unknown aliens (with long claws). In this new world, they must remain deadly silent for fear of being heard by said mysterious creatures, who will cut them down where they stand if they hear them. 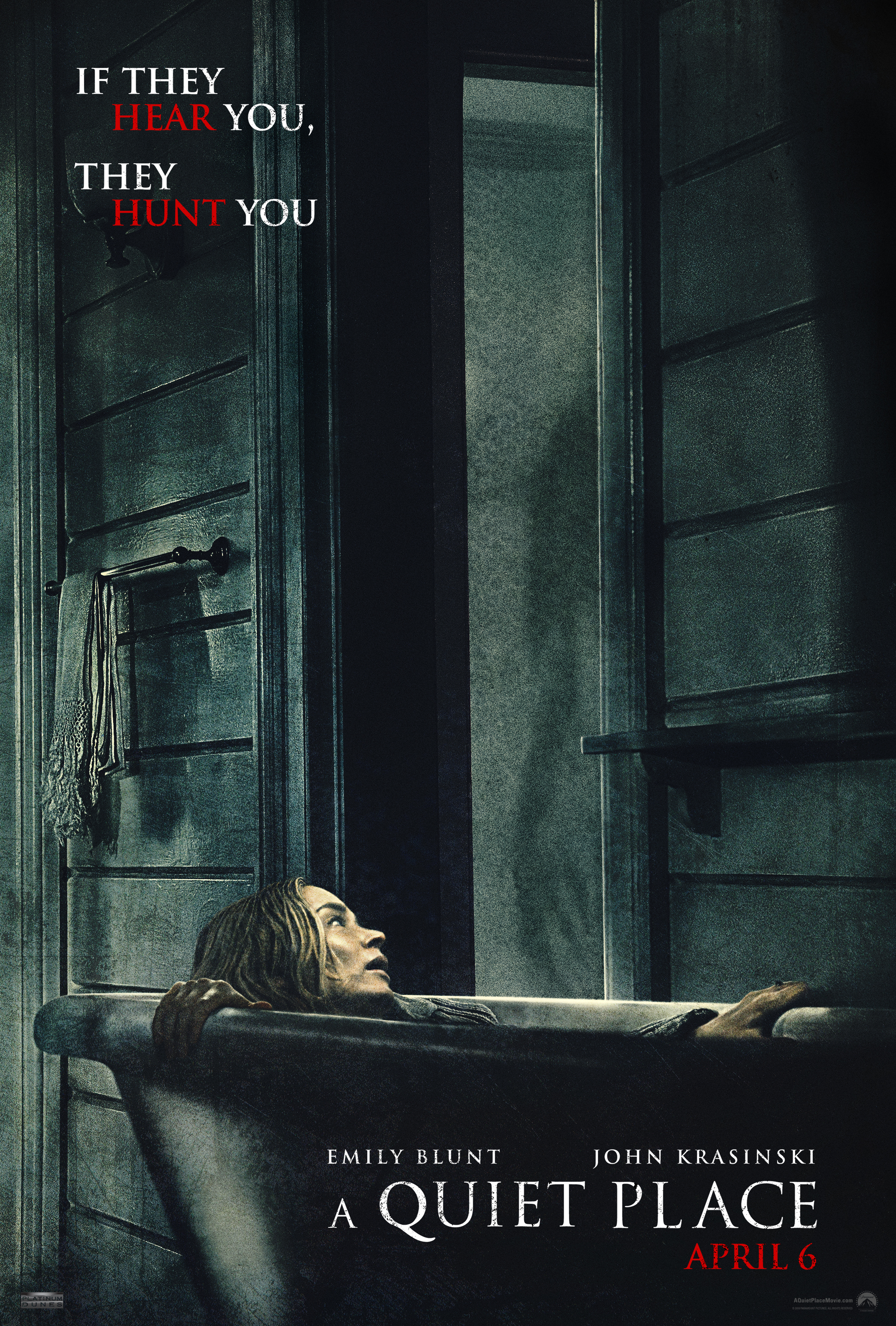 The first few teasers released for the movie focused more on the family, as we see them trying to go about their lives. They sign to one another at dinner; they walk carefully everywhere, especially on sand trails that they’ve laid out on the ground as to not make noise; they play board games with soft pieces and roll the dice on the rug. Then someone knocks something over – and the jig is up.

This second trailer, however, shows a bit more to the story, including glimpses of the creatures. It also shows Emily Blunt’s character very pregnant, as she climbs into a tub and looks like goes into labor, quietly screaming, while one those things skitters around her. Shiver.

A Quiet Place is premiering at the 2018 SWSX Film Festival in March and then will tiptoe into theaters April 6.

Trailer for ‘A Quiet Place’ Shows the Horror