You don’t have to say his name five times to bring back Candyman (unless you’re in a rush and a glutton for punishment). On June 12, 2020, Universal releases the sequel/reboot to 1992’s modern classic supernatural slasher film – Candyman. Check out the video above to see the first trailer for the film.

The original film from director Bernard Rose, based on a story by Clive Barker, was unique for its time. You had an adult-focused slasher feature (as opposed to teenagers), with a black villain (the great Tony Todd), which was also rare for the time. It was set around the Cabrini-Green public housing development in Chicago, prompting social commentary concerning race and class in the inner-city.

It was effective in feeling mature for the genre (at a time when horror was doing less business as teen-friendly escapist fare), and it also happened to be a damn good horror movie, complete with a chillingly memorable score by Philip Glass.

This new film from director Nia DaCosta (Little Woods) and producer/co-writer Jordan Peele has the task of not only living up to the legacy of the original (fans were certainly vocal when Todd was seemingly not a part of the initial development) but making the film matter on a socially relevant level now, as the original did then. Fortunately, you have a good set of filmmakers that have already capitalized on this sort of thinking in their previous films. 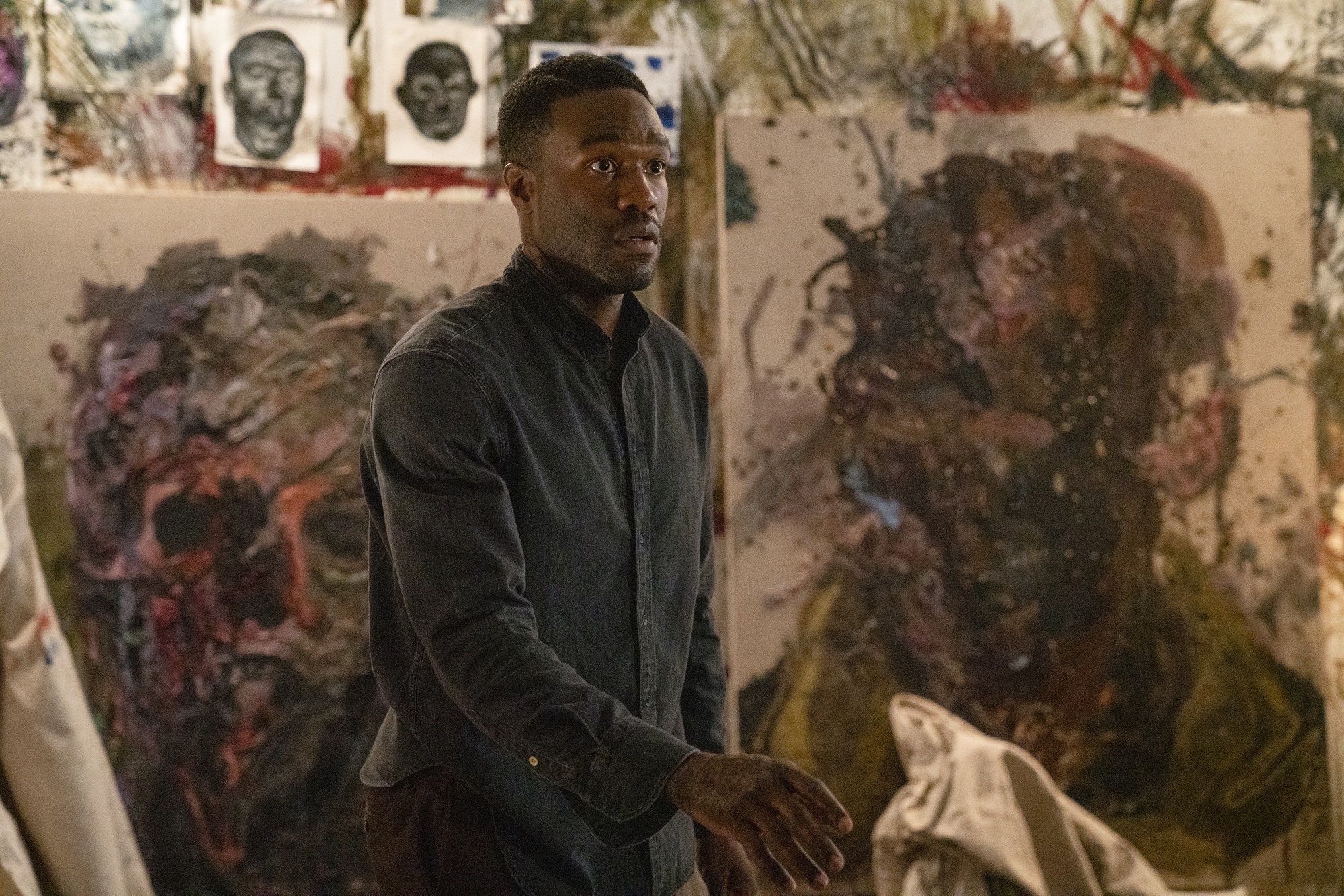 Featuring Yahya Abdul-Mateen II, Teyonah Parris, Nathan Stewart-Jarrett, Rebecca Spence, and Colman Domingo, there’s a capable cast here, ideally ready to dive into the horror world this new film has put together. That in mind, one of the more intriguing elements is how the film will incorporate the now gentrified Cabrini Green.

I imagine tying in this location with the nature of the Candyman will play a significant role in the film. Both of these aspects speak to how times have changed (for better and worse). Dealing with both the continued shadow slavery has cast on America’s past, along with contemporizing famously “urban” locations, means putting together a film with more on its mind than bloodshed.

From the look of things, there’s still an emphasis on the nature of urban legends, myth, and legacy being applied to a violent ghost story. Melding that with the contemporary art scene is a fine way to approach various forms of commentary on a number of levels. Surely there’s enough to work with to deliver on a spooky new take on this tale, that’s also responsible enough to attempt to have meaning. 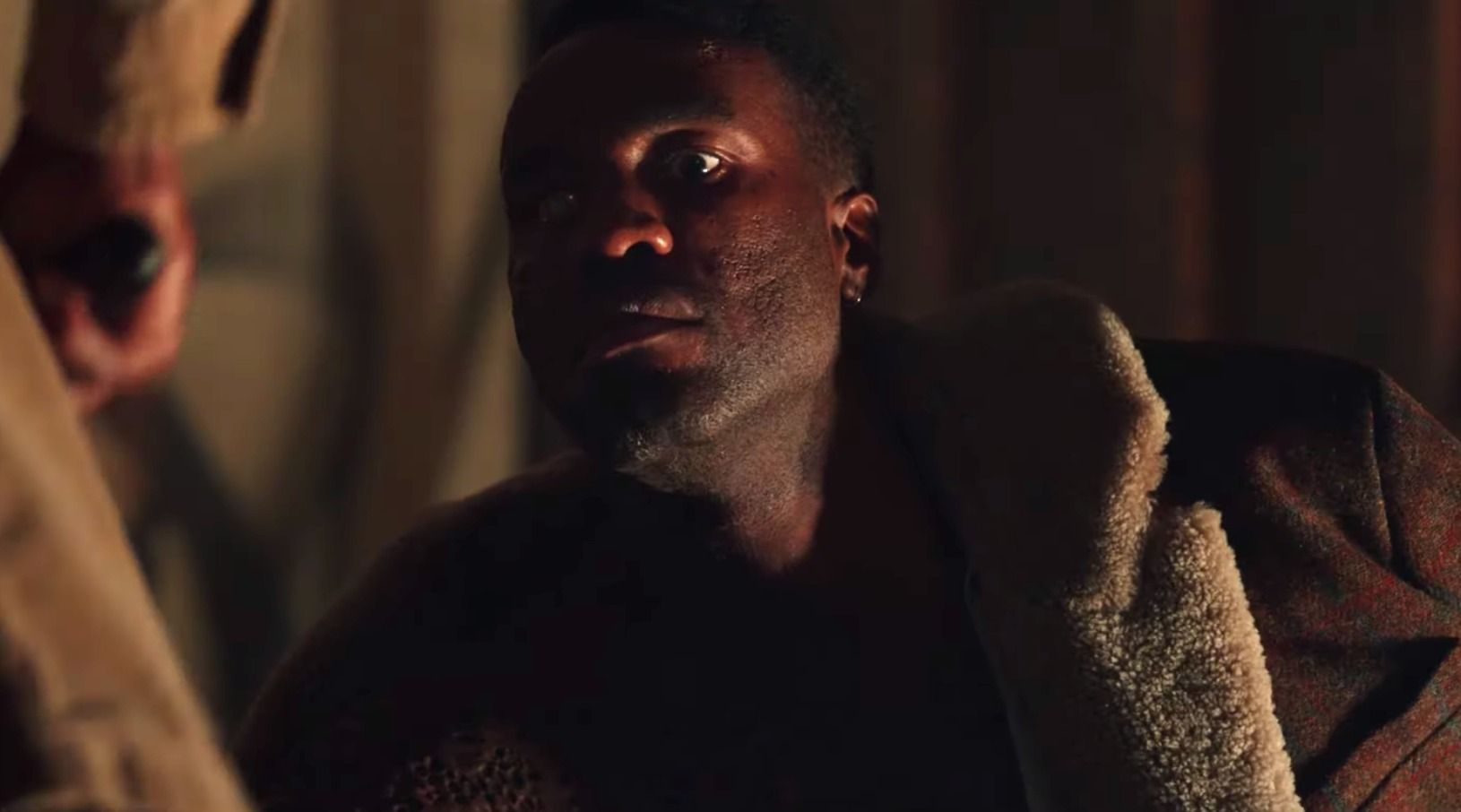 Not that horror films are often absent of enlightening subtextual content (far from it), but it is encouraging to see this as one of a few mainstream horror releases arriving this year, with built-in messaging from the get-go. The Invisible Man is set to release this week, which has already received plenty of good notices, including my own, thanks to the effort to craft a scary monster movie matched with thematics relevant to the #MeToo era. It is set to do good business, relative to its Blumhouse-appropriate low budget.

Similarly, Spiral: The Book of Saw (clunky title aside), has a lot more people curious than they would have been, thanks to the presence of stars Samuel L. Jackson and Chris Rock, whose story credit is bound to mean something as far as adding more twists to this trap-laden sequel/reboot, ideally putting the film in line with one of the franchises’ best and most socially relevant entries, Saw VI.

With plenty of other mainstream horror films on the way, including A Quiet Place: Part II, Antebellum, “The Purge 5,” and Last Night in Soho, there’s always an opportunity to see genre fans and the like be satisfied by not only an entertaining horror experience but one that has more going on beneath the surface. With faith that it’s not just the trailer that is impressive, here’s hoping Candyman (that’s the fifth mention, shhhh…) is not the only upcoming horror feature that’s a success for reasons other than just the visceral ones. 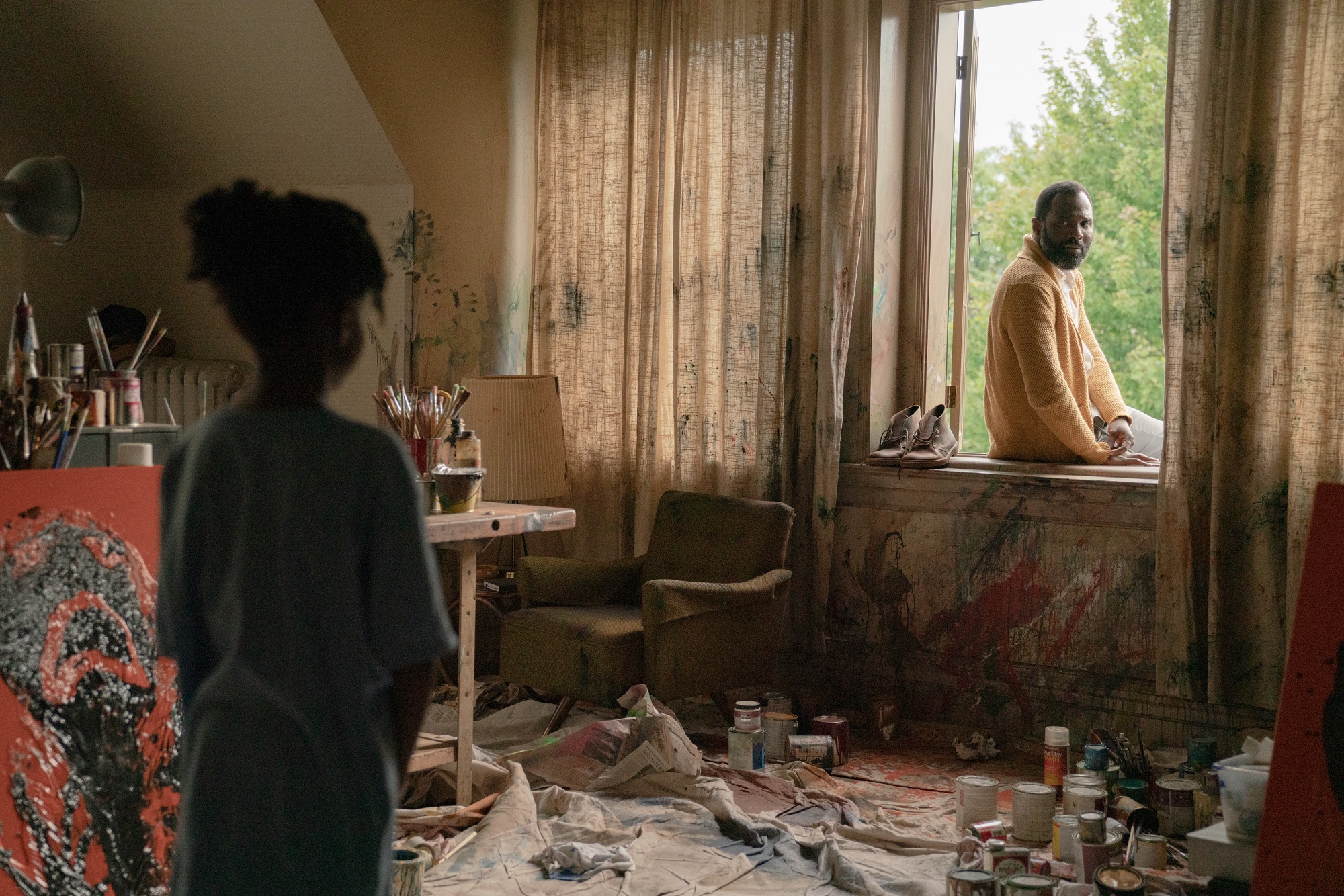 This summer, Oscar® winner Jordan Peele unleashes a fresh take on the blood-chilling urban legend that your friend’s older sibling probably told you about at a sleepover: Candyman. Rising filmmaker Nia DaCosta (Little Woods) directs this contemporary incarnation of the cult classic.

For as long as residents can remember, the housing projects of Chicago’s Cabrini Green neighborhood were terrorized by a word-of-mouth ghost story about a supernatural killer with a hook for a hand, easily summoned by those daring to repeat his name five times into a mirror. In present day, a decade after the last of the Cabrini towers were torn down, visual artist Anthony McCoy (Yahya Abdul-Mateen II; HBO’s Watchmen, Us) and his girlfriend, gallery director Brianna Cartwright (Teyonah Parris; If Beale Street Could Talk, The Photograph), move into a luxury loft condo in Cabrini, now gentrified beyond recognition and inhabited by upwardly mobile millennials

With Anthony’s painting career on the brink of stalling, a chance encounter with a Cabrini Green old-timer (Colman Domingo; HBO’s Euphoria, Assassination Nation) exposes Anthony to the tragically horrific nature of the true story behind Candyman. Anxious to maintain his status in the Chicago art world, Anthony begins to explore these macabre details in his studio as fresh grist for paintings, unknowingly opening a door to a complex past that unravels his own sanity and unleashes a terrifyingly viral wave of violence that puts him on a collision course with destiny.

From Universal Pictures and Metro Goldwyn Mayer Pictures, in association with BRON Creative, and Jordan Peele and Win Rosenfeld’s Monkeypaw Productions, Candyman is directed by DaCosta, and is produced by Ian Cooper (Us), Rosenfeld and Peele. The screenplay is by Peele & Rosenfeld and DaCosta. The film is based on the 1992 film Candyman, written by Bernard Rose, and the short story “The Forbidden” by Clive Barker. The film’s executive producers are David Kern, Aaron L. Gilbert and Jason Cloth. 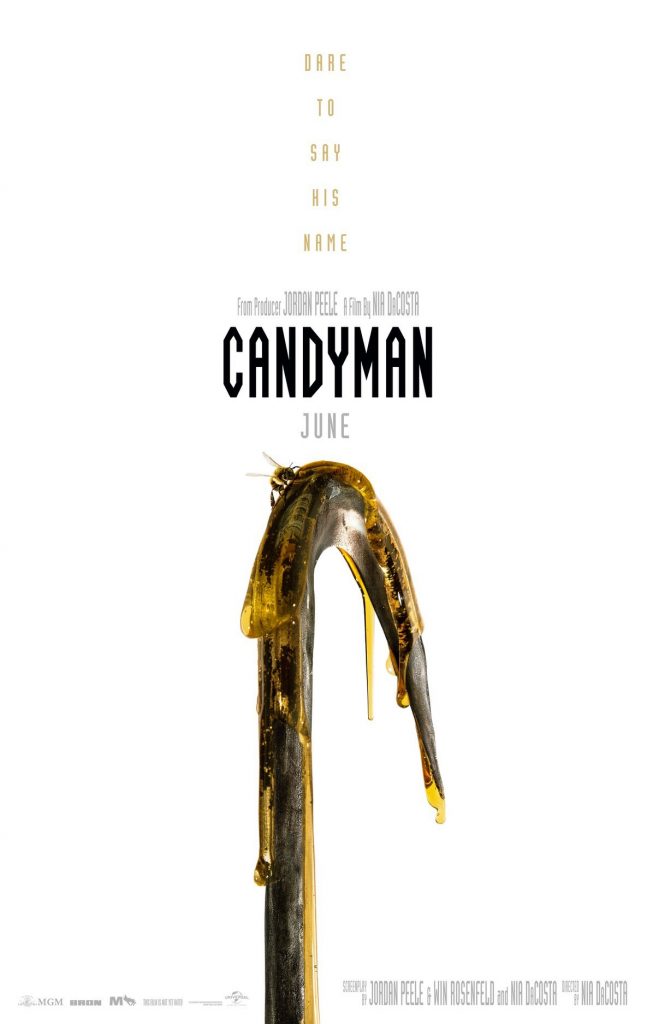 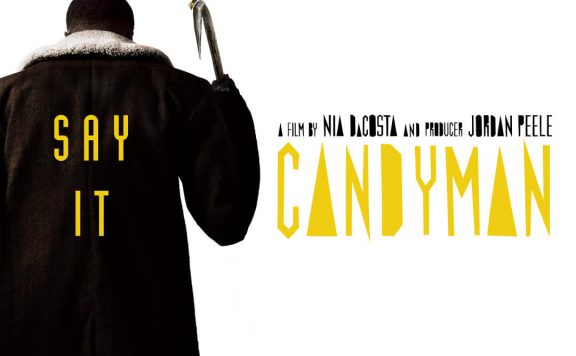 ‘Candyman’ Review: The Sweet Thrill Of A Timely Reboot
August 25, 2021

New Trailer Raises Hopes For Why Candyman Is Ideal For 2020