While some movie stars can use their image to communicate a lot without having to do too much, It feels like that can do a little too much to sway an impression at times. News of the World stars Tom Hanks as a Civil War veteran on a delivery mission. It’s a handsomely made film from director Paul Greengrass, who has chosen to calm down his kinetic instincts in favor of a relaxed, modern western. There are a handful of strong performances and some clear themes reflecting America’s divided population that still ring true today. That could all make for a great movie, and while it is still a good one, I have to wonder if Hanks’ central presence is a factor.

Cast as not just a veteran, but one who fought for the South, Hanks is Captain Jefferson Kyle Kidd, a man who now travels from town to town to read the news to groups of townsfolk who pay him a dime for it. As Kidd seems to harbor no ill will towards the North or the things they were fighting for, he’s more or less what you’d expect from an older Tom Hanks – a man of virtue. That’s made especially clear when Kidd discovers a young girl, Johanna (Helena Zengel), who was taken by the Kiowa people, but now finds herself alone. Kidd being the nobleman he is, takes on an obligation, leading the two on a journey through the west to Johanna’s aunt and uncle, with some dangers in their path. 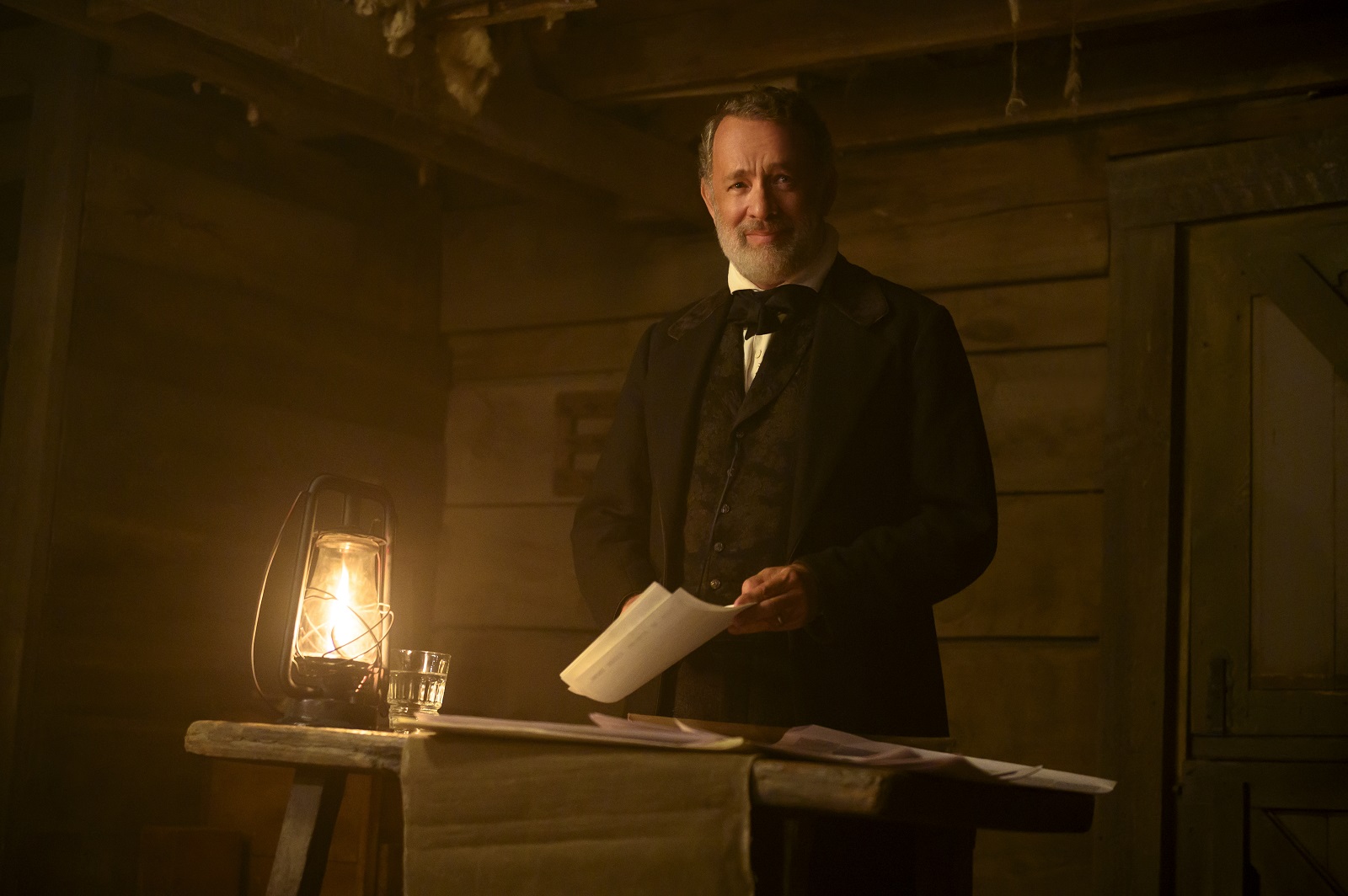 One of my favorite westerns is John Ford’s The Man Who Shot Liberty Valance, featuring James Stewart and John Wayne (plus a nasty Lee Marvin as the heavy). A key aspect of that film relies on whether or not Stewart’s character will get his hands dirty. It’s hard to consider but interesting because there’s a mystery structure to a point, plus Wayne’s character is around as well – a man who you know isn’t afraid to throw down. News of the World feels like a film that can’t quite get into the grey areas it rubs up against.

Now, that’s not to say Hanks’ Kidd never gets a chance to take on any opposing outlaws. One tense and well put together shootout finds Kidd and Johanna nearly at the end of their rope when faced against a crew led by The Climb’s Michael Covino. It’s more about the cause Kidd takes up and what kind of relationship he’s going to form with Johanna. As the two begin to bond (Johanna initially does not speak, only to learn just enough to make for a very convenient conversation partner when needed), the story is straightforward but without much dramatic weight. Is it easy to tell where a story about a man who is suddenly given a surrogate daughter is going to go? With Hanks, it may be a little too easy. 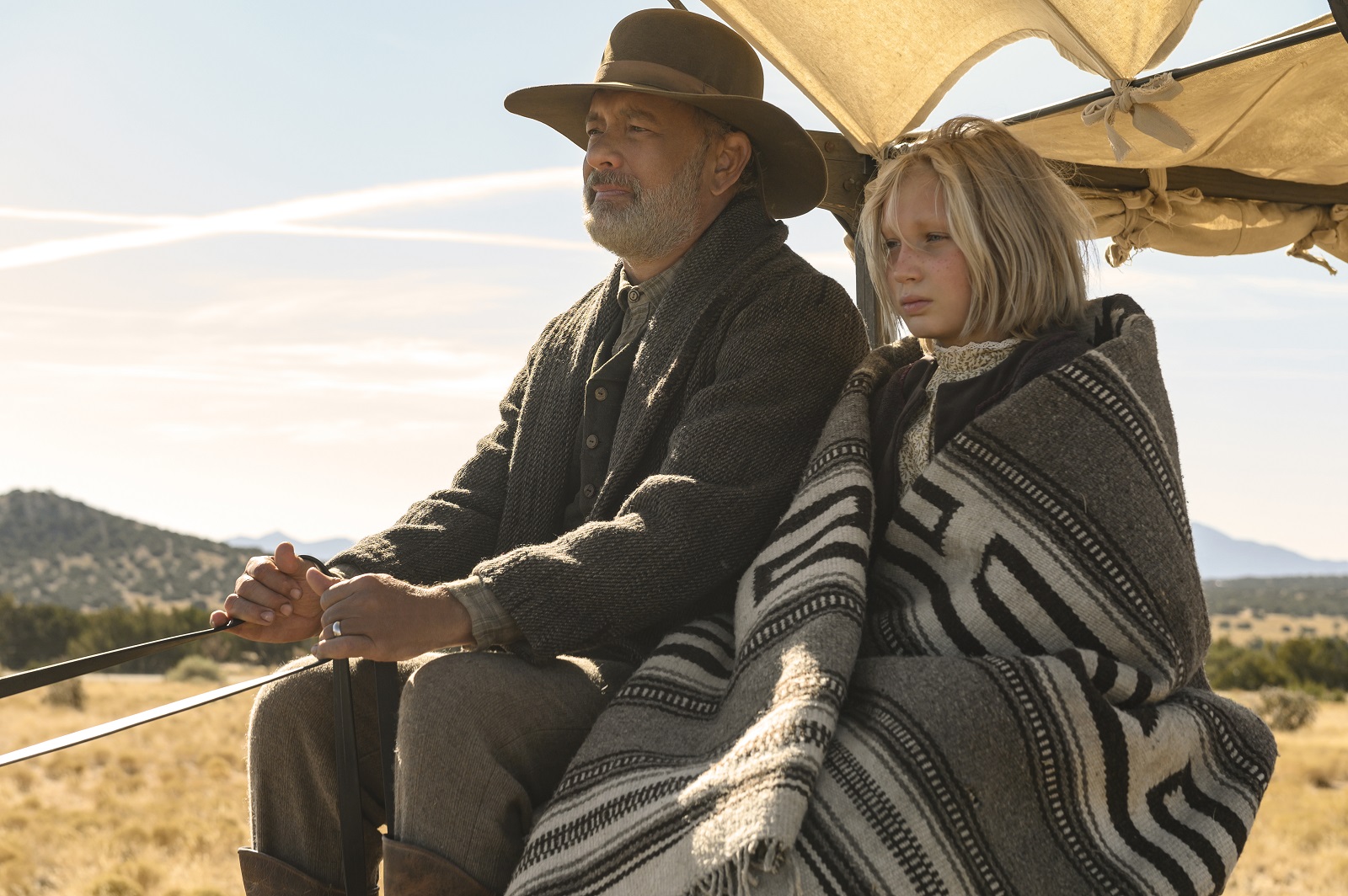 It’s not that Hanks is bad in this role. In fact, between this and Captain Phillips, which may feature some of the best acting Hanks has ever put to screen, he and Greengrass should continue working together. However, for being Hanks’ first western, despite learning whatever details we get about him, there’s nothing else to really capitalize on with Kidd. He’s not a regretful sinner like Eastwood’s William Munny in Unforgiven, nor is he a veteran harboring racist feelings towards the Native Americans like Wayne’s Ethan Edwards in The Searchers (though Greengrass doesn’t miss a chance to pay homage to a famous shot from that film). He’s a seasoned veteran who knows how to take on responsibility when called up for it.

As one who helps people understand the times they are in, in addition to his newfound parental duties, Hanks plays America’s dad a little more literally than we’ve seen in this phase of his career. With a lack of ambiguity, I couldn’t help but feel like I was held back from embracing a story with a central figure that wasn’t so righteous. However, one can’t deny Hanks’ abilities, or young Zengel, who has to act opposite of him for a good portion of the film and holds her own. It’s a good pairing. Without getting too far into what other supporting players show up, I’ll just say some familiar character actors have a chance to shine, in addition to feeling like a nice sense of relief upon their arrival.

In looking at the world on display, captured wonderfully by cinematographer Dariusz Wolski, there are some excellent levels of contrast in the environments that range from open plains to dusty towns to a whole city of workers guided by one man with sights set on proving the South will rise again. These different areas capitalize on familiarity. We see events that have played out in many westerns before, and the near episodic nature of this journey borders on using those moments to act as a way to give Hanks his chance to finally shine in these types of scenes. 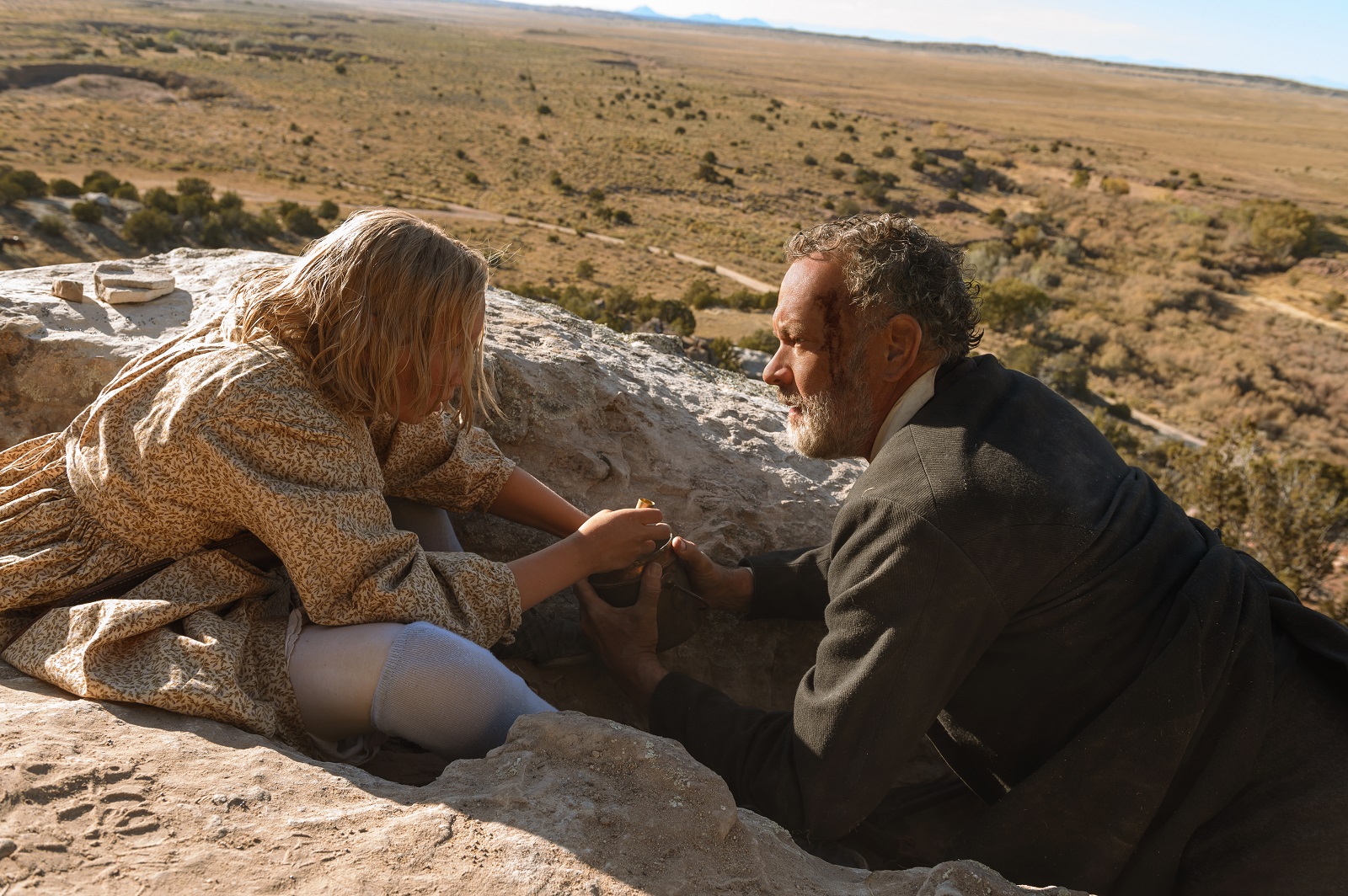 Fortunately, because of Kidd’s profession, watching him toe the line as a learned man who can read the news allows him to work as someone who wants to bring people together. There’s a sort of cheesiness in that, which seems to suggest the idea of letting a nation heal as the best response to the major war that led to so much divide. While Greengrass’ typical visual style is not nearly as present this time around, his way of humanizing the thematically rich efforts by grounded individuals continues to ring true here. It’s compelling stuff, as it’s one of the things that actually feels unique to News of the World.

It was odd to feel distracted by one of the most reliable actors working, but it’s really just an issue as far as me having more great things to say. None of this holds News of the World back from being a well-made modern western, with a good story at its core, excellent chemistry between the leads, let alone a showcase for the movie star that likely would have guided this film to solid success theatrically, were the world not affected by such a shift in how 2020 audiences view things. Just keep in mind that news doesn’t always have to be bad, and with this film, Hanks guides us through a news-based story with comfort. 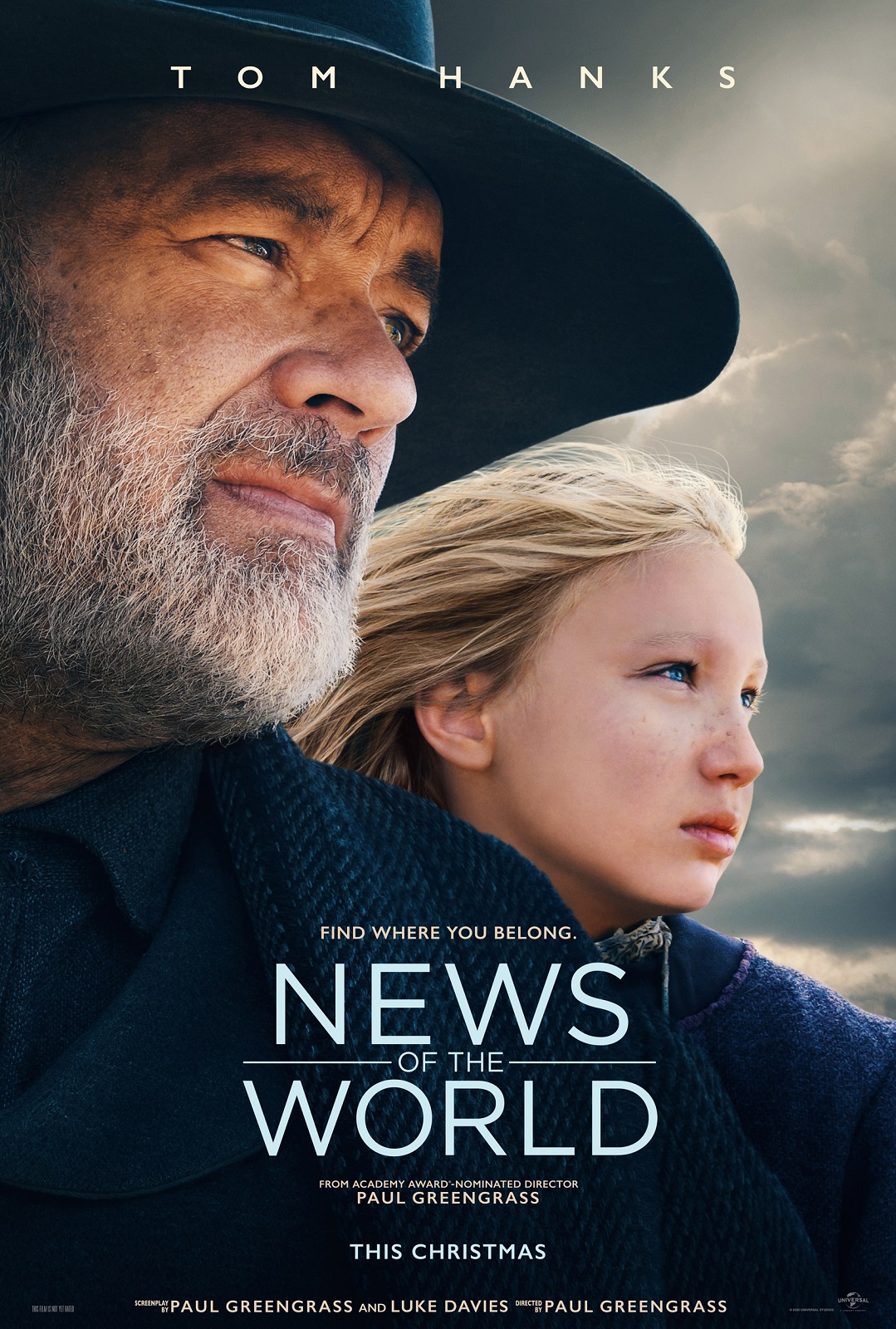 A Civil War veteran agrees to deliver a girl, taken by the Kiowa people years ago, to her aunt and uncle, against her will. They travel hundreds of miles and face grave dangers as they search for a place that either can call home.
0
Average User Rating
0 votes
Please sign in to rate.
Film:News of the World
Cast:Bill Camp, Elizabeth Marvel, Helena Zengel, Michael Covino, Ray McKinnon, Tom Hanks
Director(s):Paul Greengrass
Writer(s):Luke Davies, Paul Greengrass
Genre:Western
Studio(s):Universal Pictures
MPAA Rating:PG-13 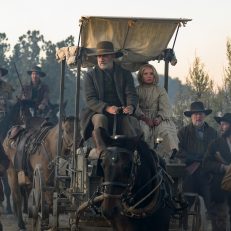 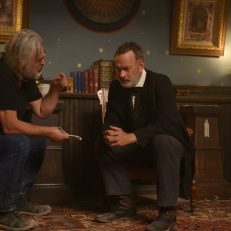 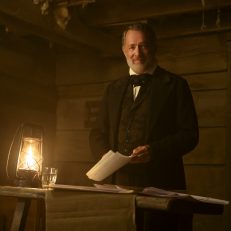 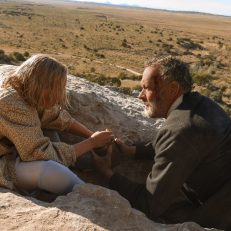 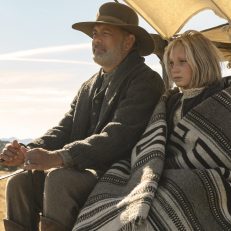 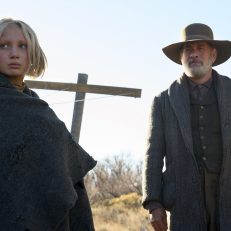 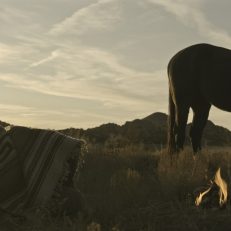 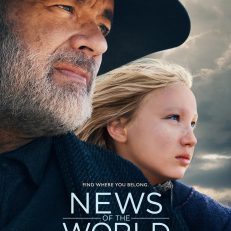